5 must-see episodes on MeTV this week of May 2

Joanie and Chachi get hitched — and a hitchhiker haunts a woman driving across America. 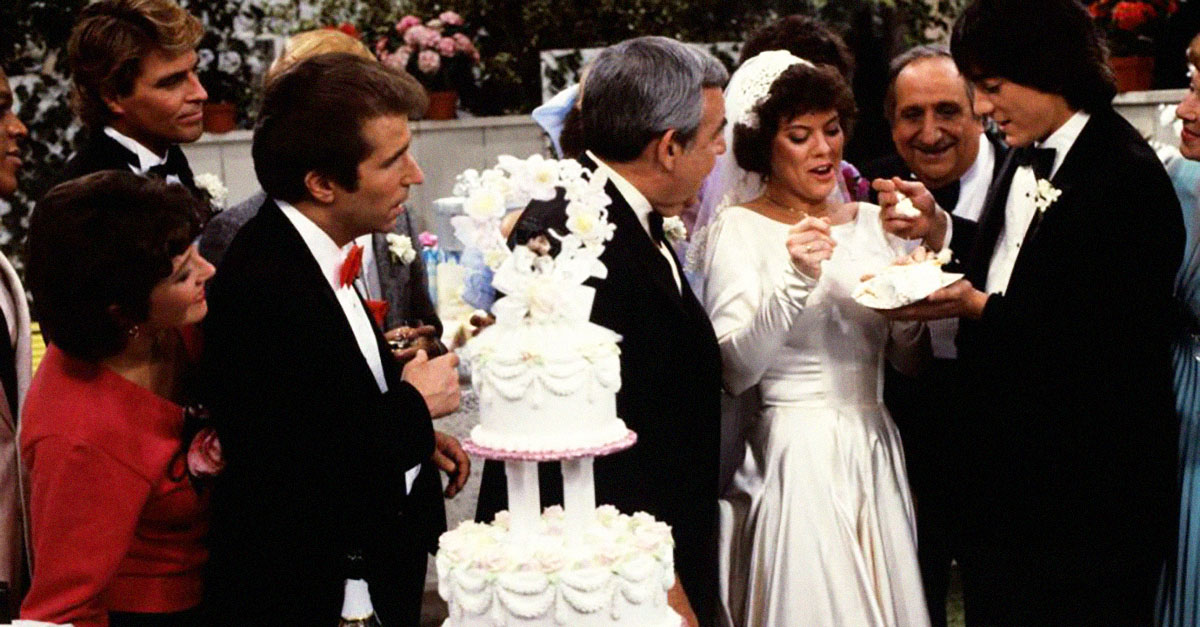 A new month! What better time to celebrate new beginnings, whether they be series premieres, weddings or fatherhood. Here are hightlights from this week's MeTV schedule, blending a little drama with comedy, adding a pinch of suspense.

Start from the beginning with this black and white 1965 pilot. There are interesting differences here, notably the fact that Stalag 13 is called Camp 13, not to mention Klink's sterner personality and a tone that is overall more serious. The director, Robert Butler, also helmed the pilot episodes of Star Trek ("The Cage," that is), Dr. Kildare and Remington Steele, to name a few.

Joanie truly loves Chachi. The lovebirds get hitched, and Fonzie becomes a father, as the grand Happy Days narrative wraps up in this eleventh season episode. Ron Howard returned for the special event, and Tom Bosley breaks the fourth wall at the end to thank the audience and raise a toast to "happy days," of course.

An eerie classic! Nan Adams is a woman driving across the country who keeps passing the same hitcher over and over again. The mysterious man drives her mad, and she eventually tries to run him over. We won't spoil the twist for you if you somehow have not seen this thriller written by Rod Serling, adapted from a brilliant radio play by Lucille Fletcher.

The lone episode penned by recently deceased comedian Garry Shandling, "Horshack Vs. Carvelli" stages a boxing match between the lovable wimp and the bully.

The second episode of the second season marks the only appearance of Alex's sister, Charlotte, played by Joan Hackett. The actress would tragically pass a few years later from cancer. Charlotte arrives at the Sunshine Cab Company to convince Alex to visit their ill father in the hospital. Latka gets some good scenes here, as the educated Charlotte somehow speaks his obscure language.