5 must-see episodes on MeTV this week of December 26

Laverne and Shirley ring in 1960, while Columbo enters a new decade. 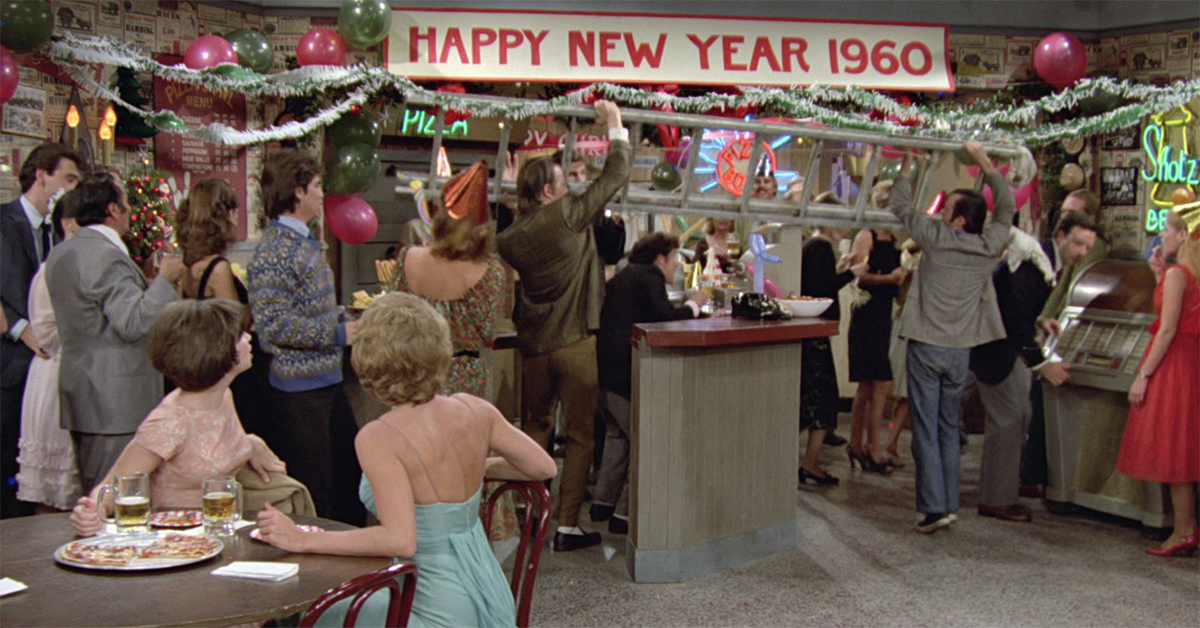 Christmas may be over, but we have some goodies left to share before the new year. In fact, we have a New Year's Eve party from 1977… set in 1960. Only on MeTV! This week, you will also find Joan Crawford's final screen role, a rare Star Trek and the long-awaited return of a certain trenchcoat-wearing detective. Here are our five picks of the week.

A wife goes missing soon after a nosy neighbor espies her husband suspciously digging in the yard. Fess Parker, best known as Daniel Boone, stars as the detective looking to crack this gripping case — which doesn't end how you'd expect. A highlight from Hitch's anthology series.

In her last acting gig, Joan Crawford earned a measly $2,500 for appearing in this horror tale. The legendary actress plays Joan Fairchild, who is driving through dark woods when her car breaks down. She encounters a ghostly woman floating to her and stumbles upon a creepy house filled with five groovy young hippies and a deaf woman. This originally aired as part of the series The Sixth Sense, which was edited down and incorporated into Night Gallery in syndication. Crawford would die five years after it aired.

This season-three episode is of note for a couple reasons. First, it's just one of four episodes written by a fan, Joyce Muskat, who submitted her script by mail. Also, it was banned by the BBC for nearly three decades, because it "dealt most unpleasantly with the already unpleasant subjects of madness, torture, sadism and disease."

It's always good to celebrate the new year with friends. It is New Year's Eve and Laverne is dumped by her date and Shirley has a cold. Squiggy does his human fly stunt as the countdown to 1960 arrives.

Columbo "Columbo Goes To The Guillotine"
Sunday 1 at 8PM | 7C

We at MeTV are excited to present a fresh batch of Columbo episodes for your entertainment! In 1988, Peter Falk slipped into the rumpled trenchcoat once again, a decade after the last Columbo mystery had aired. This was the first TV movie in Columbo's second run, which lasted all the way up to 2003 on ABC. While the times have changed, the detective thankfully remains the same.