5 must-see episodes on MeTV this week of April 11

See the start of 'The Rifleman' and the end of 'Lucy.' Plus, Kirk versus Spock! 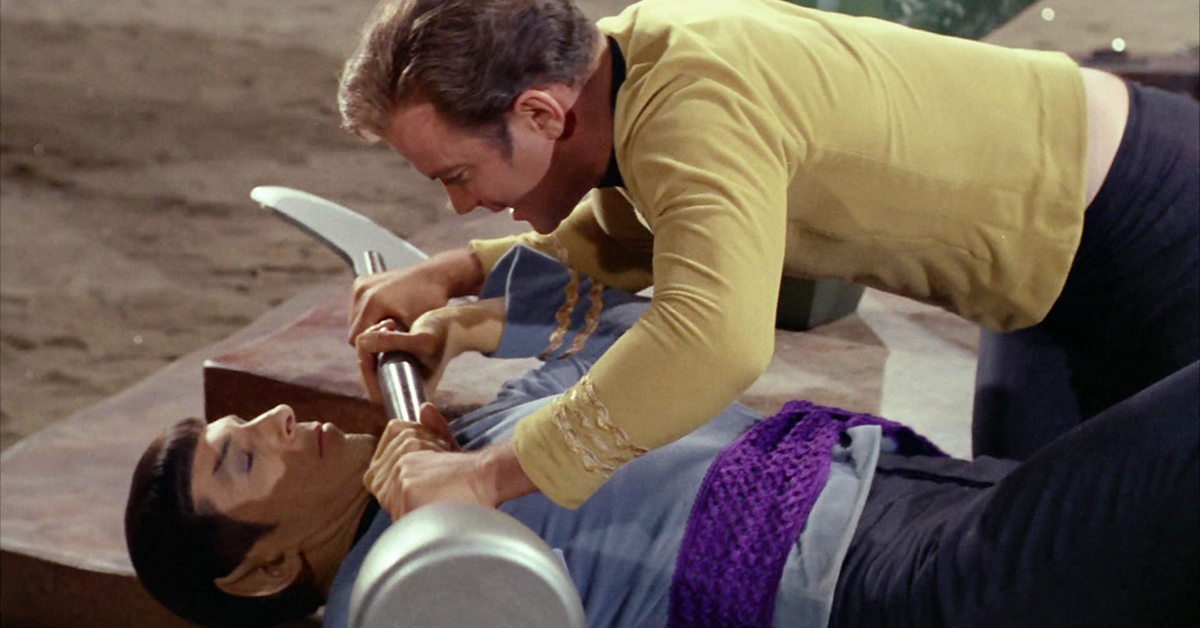 Take time to relax during tax season with some classic television. This week, MeTV serves up a series premiere of a timeless Western and the series finale of a landmark sitcom. Pay tribute to Patty Duke, and catch two of the greatest episodes of Star Trek and Gunsmoke. Here are the highlights.

The Rifleman “The Sharpshooter”
Tuesday at 3PM | 2C

Lucas and Mark look to settle down in North Fork in the pilot of the rugged, endearing Western. First order of business, however, is winning some cash to put down on a ranch. Good thing there’s a shooting contest. Enter young gunslinger Dennis Hopper. Legendary director Sam Peckinpah scripted this series premiere.

Frankie Avalon pops in for this season three premiere from 1965. Revisit the charming early work of the recently passed Patty Duke with this highlight from her breakthrough series.

Inspired by an Agatha Christie novel, this deliciously tense oater remains of the best of the black & white years. It's kill or be killed in this fun mix of contract killers and shoot-outs.

Grab your lirpa and choose a side! It’s Kirk vs. Spock in one of the greatest hours of sci-fi in history. Spock is undergoing pon farr and must travel to his home world of Vulcan, where he enters the ritual of koon-ut-kal-if-fee… Look, all you need to know is Shatner and Nimoy go at each other with those awesome blades.

In the final episode of the iconic sitcom, the Ricardos, now comfortably settled in Connecticut, join in an effort to erect a Revolutionary War monument. Naturally, Lucy ruins the statue. See how the series went out. (Hint: Hilarious as always.)