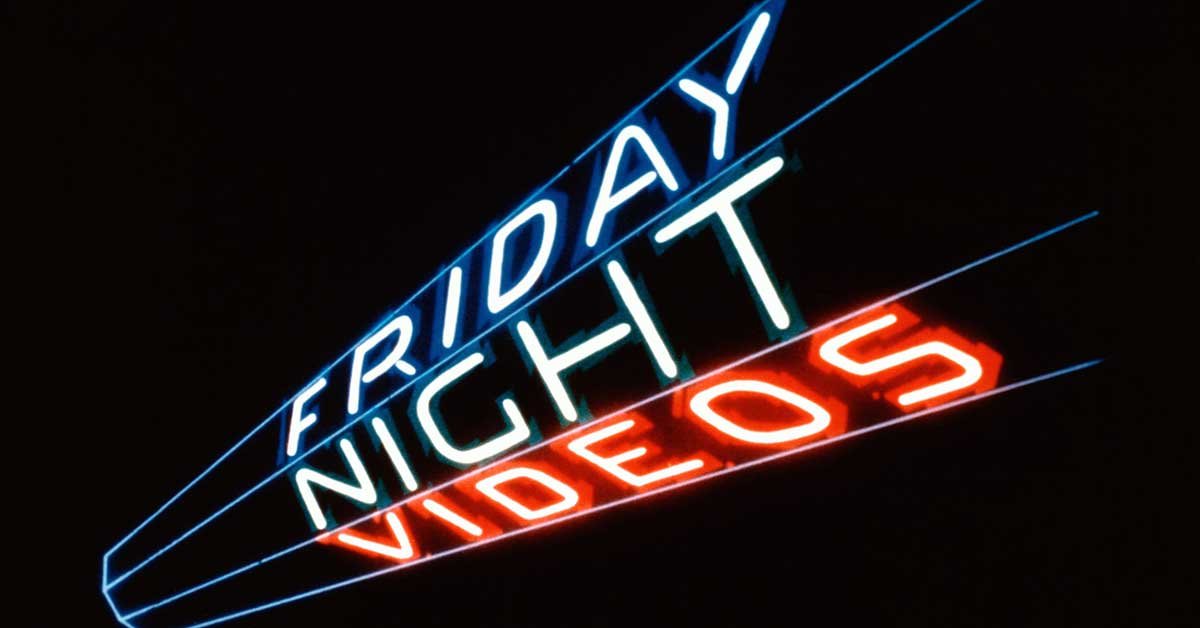 It was a late Friday evening in August. Well, technically, it was 12:01 a.m. on Saturday, August 1. A new television channel blinked into existence. "Ladies and gentlemen, rock and roll," a voice announced, as NASA footage from the first Space Shuttle launch, which happened four months prior, rocketed across the screen. A metal guitar riff blasted through the noise. Duh-dun-nun. Duh-nuh-nuh-nun. Cut to Apollo 11 astronauts planting a flag on the moon. The brand spanking new MTV logo unfurled.

It was a historic moment in television history. Hardly anybody was watching it.

MTV then aired its first ever video, the Buggles' "Video Killed the Radio Star." Video may have killed the radio star, but it was a slow death. At the time, a mere 18.3 million Americans had cable television. To put that into perspective, The Jeffersons was drawing an audience of about 19 million at the time. Slice that subscriber base amongst the few dozen cable channels that existed at the time, and it's easy to figure how minuscule the ratings must have been for the upstart MTV in the middle of the night on a weekend. If someone brags to you that they were watching it live, there's a good chance they're bluffing.

Music videos undoubtedly altered the pop-music landscape in the 1980s. Image mattered more than ever. Which is why there were new rock genres being born that started with the word "hair." But MTV gets too much of the credit, if not all of it. 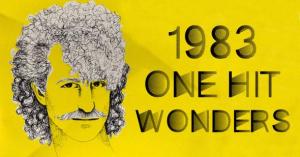 "MTV struggled during its first few years. Conservative cable operators often refused to carry the channel," NPR wrote in 2011. There's a good reason that "I want my MTV!" became the catchphrase for the nascent channel. It was a grassroots marketing campaign to get people to hassle their local providers. By 1985, even Sting was still singing the line in Dire Straits' "Money for Nothing."

But let's rewind to the summer of '83. Dick Ebersol, erstwhile Director of Late Night Programming at NBC and co-creator of Saturday Night Live, was working as the producer of SNL. The network was looking for a replacement for SCTV on Friday nights. Ebersol had experience in bringing music to late-night television. In the Seventies, he had produced The Midnight Special for NBC. Airing from 1973-81 and presented by legendary DJ Wolfman Jack, The Midnight Special showcased everyone from a teenage Prince to Elton John. Those performances, however, were "live" onstage. With his new concept, Friday Night Videos, Ebersol would not need to worry about booking bands.

Friday Night Videos premiered in July 1983. Belinda Carlisle of the Go-Go's appeared in the first episode. The NBC show, initially a 90-minute program, offered more musical variety than MTV, which, despite its progressive reputation, was notorious for skewing towards largely white acts. Friday Night Videos, while still largely skewing towards Cyndi Lauper, Billy Joel and their ilk, featured more R&B. The Gap Band featured in an early episode. Months later, Stevie Wonder dropped in for an interview.

The show's most clever hook was its Video Vote segment, a head-to-head battle of the hottest videos of the week. As you can see here, one early match pitted Hall & Oates' "Maneater" against "One Thing Leads to Another" by the Fixx. Viewers dialed 1-900 numbers to cast their votes. And if that battle of bouncy blond bangs was not enough of a lure, callers could win free T-shirt "every 15 seconds during voting."

As you can see from the tally, at least 76,000 viewers cast a vote, and that was excluding the West Coast. Those kinds of numbers likely outpaced MTV's audience. At the end of 1983, Friday Night Videos staged an ultimate best-of-the-year melee. ZZ Top's "Sharp Dressed Man" came out the winner.

Over the years, the show welcomed a diverse and sometimes surreal mix of celebrity guests. The cast of The Facts of Life, Yoko Ono, Ozzy Osbourne, Jerry Seinfeld, Dr. Ruth Westheimer, Pee Wee Herman, Jesse "the Body" Ventura and Tiffani Amber Thiessen stopped by. Arnold Schwarzenegger turned up with Jay Leno. Stars from Cheers, Miami Vice, Family Ties and Newhart squeezed in between clips of Quiet Riot and the Stray Cats.

Friday Night Videos continued to air until 2002, eventually turning to the kooky Tom Kenny, the eventual voice of SpongeBob SquarePants, as host. By then, thanks to the growth of cable and its non-music programming, MTV had ballooned into the juggernaut of teen pop culture. And the FTC had cracked down on costly 1-900 numbers aiming at teens. MTV may have won the war, but karma was just around the corner under the name of YouTube. 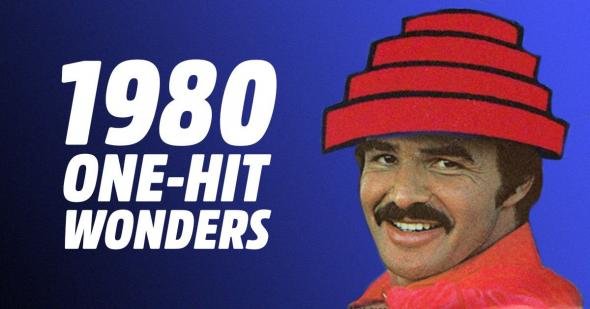 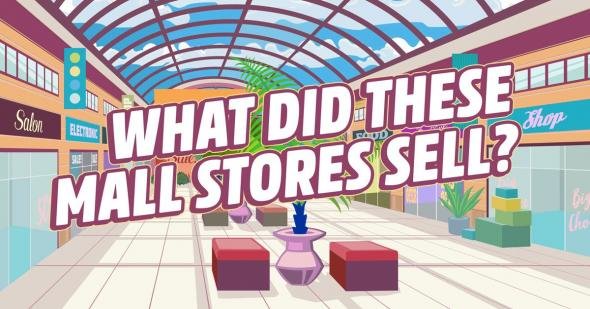 Nostalgia1980s
Sorry, Millennials, you had to live through the '80s to know what these mall stores sold

Nostalgia1980sCartoons
This was the Saturday morning cartoon lineup in 1980 — how many do you remember?
Are you sure you want to delete this comment?
Close

RobCertSDSCascap 40 months ago
Not bad for its time. The host pairings could be a bit odd.
LaToya Jackson and Bruce Baum???
Like Reply Delete

JeremyBlomstedt 41 months ago
I watched the very first episode! The opening video was Michael Jackson’s “Beat It”.
Like (1) Reply Delete

prettyuglymonster 42 months ago
St.Paul didn't get wired for cable until 1985 so Friday Night Videos was a big deal in the Twin Cities.I remember local rock station KQRS simulcasting the sound in stereo, particularly when Michael Jackson's Thriller was premiered.But even before that, my parents were paying for HBO via microwave antenna and that network had a show called Video Jukebox, which I remember seeing very early videos in 1980-81.
Like (1) Reply Delete

101DEGREEZZZ 43 months ago
I remember on weekends watching videos on a TBS show, correct me if I’m wrong name Nite-trax, showed videos back to back whole weekend
Like Reply Delete

chairdesklamp 43 months ago
So there WAS an equivalent to MTV:Music Television.

In the 80s in Japan, that was a program that might not have been broadcast outside the Koube-Oosaka region. I seem to be about the only person who remembers it, though.

They later started featuring some CNN content, and by 1990, it was entirely news.

This article says Friday Night Videos was running until 2002, years after I'd come here, and I'm wondering how I never caught it.
Like Reply Delete

stephaniestavropoulos 43 months ago
I'm curious: Since Papa Nez {a.ka. Michael Nesmith of The Monkees, fame;} is the Founding Father of MTV, does he still get residuals from it? I know when MTV was in its infancy, he was offered the job of production head {but turned it down to pursue other interests.} That doesn't mean he is not monetarily reaping some of the profits. Then again, when he turned down the job, he also could have been saying goodbye to any profits from MTV.
Like (1) Reply Delete

Lacey 43 months ago
I was more of a USA's Up All Night kind of gal.
I loved Rhonda Shear and the ORIGINAL "power Rangers" form Japan.
Like Reply Delete

chairdesklamp Lacey 43 months ago
USA ran tokusatu? I grew up on that stuff (in Japan) I'm sure they must've run original Kikkaider, but did you also see Himitu Sentai Goranger (1978)?
Like (1) Reply Delete

bpacha77511 43 months ago
i temember FNV....there was also a SNV but idk how long it was on.
Like Reply Delete

stephaniestavropoulos BubbaPacha77511 43 months ago
I checked on the show you were describing and the only one I found was a show called: "Night Tracks," that aired on TBS Superstation between 1983-1992. Could this be the show you were thinking about?
Like Reply Delete

UTZAAKE 43 months ago
Most of the celebrity hosts just went through the motions.
Like (1) Reply Delete

Or drag a file here to upload
WILD 43 months ago
I used to audio record certain videos. The only one that comes to mind right now is Ratt's Round and Round. It was my only way to see music videos at the time because living in Montreal we didn't have MTV, we didn't even have the MTV clones of Muchmusic or the quebec equivalent to it MusiquePlus...yet.
Like (1) Reply Delete

MrsPhilHarris WILD 43 months ago
I can remember watching Musique Plus. I can remember a host interviewing an American band, I think Jon Bon Jovi, and she would ask the questions in English then translate in French.
Like Reply Delete

chairdesklamp WILD 43 months ago
I am going nuts trying to figure out what I was watching circa '95. A carrier in NY had MuchMusic. Did MM run a black and white picture of a radio with music playing overnight?
Like Reply Delete