Do you know which famous characters are called "Handsome" and "Kuruppa" in Japan. 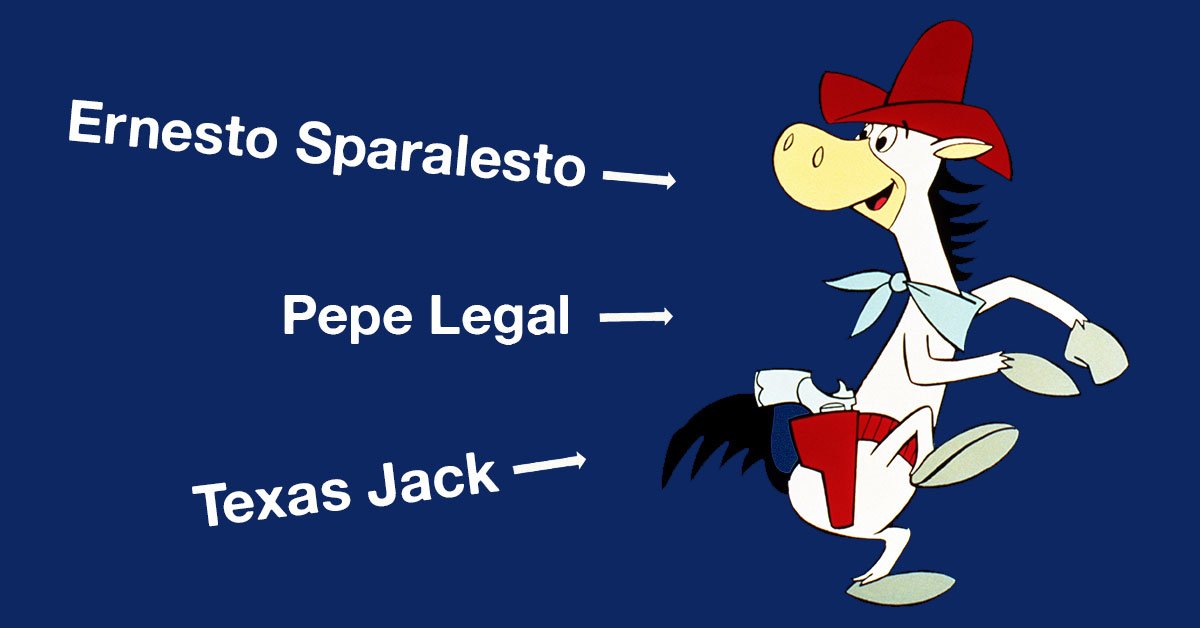 Cartoon characters are known for their cute and clever names. Their names are typically alliterative, punny or rhyming. Like Quick Draw McGraw, Magilla Gorilla or Atom Ant. It's a cartoon, after all.

Cartoons are the perfect entertainment export. Kids of any age or any nation can understand the simple appeal of silly slapstick animation. Plus, it's easy to dub in new voices. However, the playful names and titles do not always translate into another language.

We collected some of our favorite Saturday morning toons with alternate titles overseas. If you're a native speaker, please excuse our rough literal translations. We're just going with what Google Translate spits out. 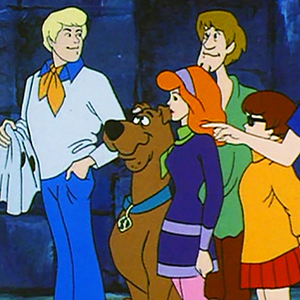 Scooby-Doo, where are you in Japan? Well, for starters, the greatest Great Dane has a different name. He is called Yowamushi Kuruppa, which means "Scaredy-cat" or "Cowardly Kuruppa." Yes, Scooby's name in Japan is Kuruppa. The gang in the Mystery Mobile have altered names, too. Shaggy is "Boroppin," while Velma is "Megako," a play on the term for "Glasses Girl." Daphne is simply "Jenny," while Fred is "Hansamu." Yep, the blond guy with the ascot is just called "Handsome." 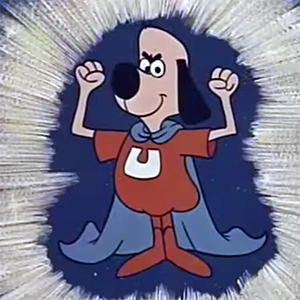 Staying in Japan for a moment, we next have Underdog, a play on words that is difficult to translate while explaining the big "U" on his chest. His Japanese name basically means "Ultra Doggy." Over in Italy, however, the letter on his uniform stands for his proper name. He is called "Ughetto cane perfetto," or "Hugo, the perfect dog." 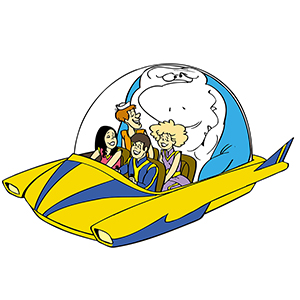 The Finns focused on the dentistry of Jabberjaw. The big blue shark was dubbed Hai Harvahammas, a fun-to-say name that roughly means "Shark with Few Teeth." It's true — he is missing some teeth. 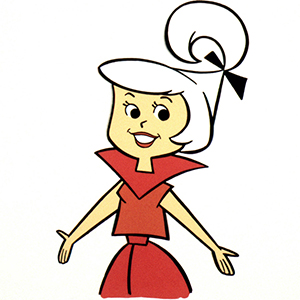 In Spanish-speaking lands The Jetsons are known as Los Supersónicos. Hmm, we wonder if they thought the Seattle Supersonics were named after a futuristic family from 2062? 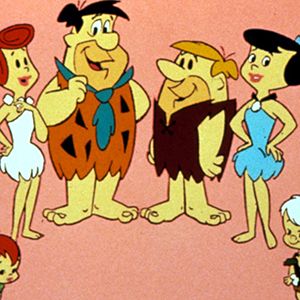 Fred and Barney are the focus of The Flintstones in Hungary — well, "Frédi" and "Béni." The rest of the title means "Or the Two Stone Age Buddies." 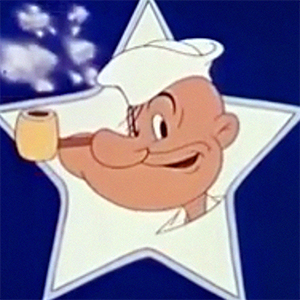 Popeye has a fascinating moniker in Italy. He was called "Braccio di Ferro." The literal translation of which is "Arm of Iron," but more commonly the term for "Arm Wrestling" in the country. While Popeye does have formidable forearms, he was not exactly Sylvester Stallone in Over the Top. 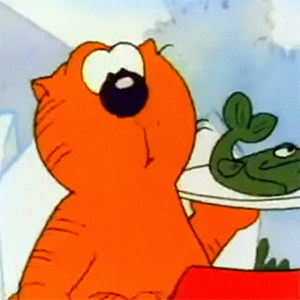 Heathcliff was well respected in Eastern Europe. The orange cat is known as "Brainy Harry" in Poland. 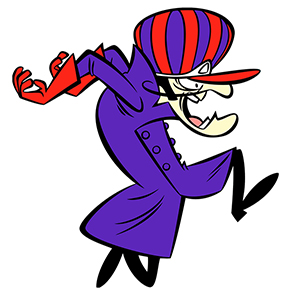 Hanna-Barbera's Wacky Races was a wild ride with a sprawling cast of colorful characters and outragous vehicles. The French have a more direct psychological assessment of Dick Dastardly, Penelope Pitstop, et al. The show was called "The crazy drivers," or "The crazy people behind the steering wheel." 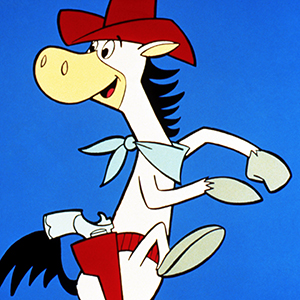 Quick Draw McGraw is a horse of many names. In Italy he is Ernesto Sparalesto, or "Quick-Shooting Ernest." Down in Brazil, he is known as Pepe Legal, or "Cool Pepe." Finns titled his 1959–62 cartoon Texas Jack - Villissä lännessä, or "Texas Jack of the Wild West." Hungarians call the guy Villámpata Seriff, or "Lightning Hoof Sheriff." 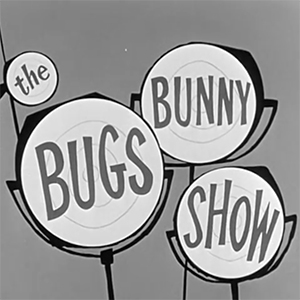 For years, The Bugs Bunny Show was the television showcase for classic Looney Tunes and Merrie Melodies cartoons. In Germany, the series was titled Mein Name Ist Hase. On the surface that simply means, "My name is Rabbit," but the saying is also an idiom with deeper meaning, one that might sound familiar to fans of Hogan's Heroes. It basically means "I know nothing!" The saying dates back to a 19th century court case, when one Victor von Hase was on trail for helping an accused killer flee to France. "Mein Name ist Hase," he proclaimed on the stand, "Ich weiß von nichts." Yes, "I know nothing!" — the same catchphrase as Sgt. Schultz.

QUIZ: CAN YOU GUESS THE CLASSIC TV SHOW BY ITS FOREIGN TITLE? 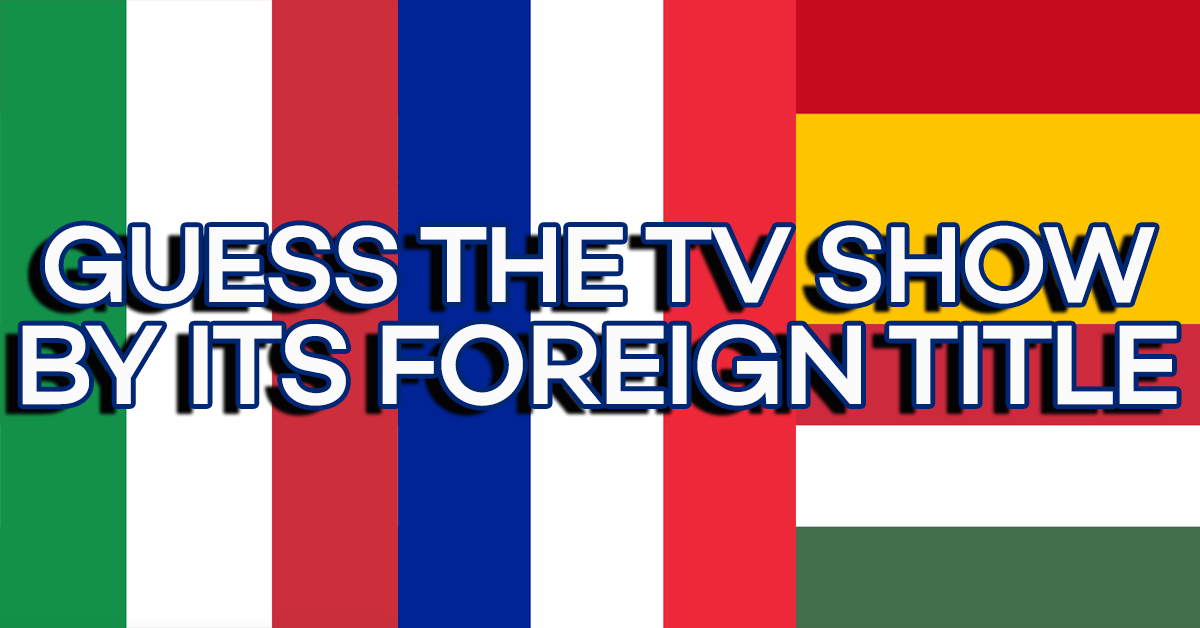 See if you can guess which classic sitcom is known as "Adventures of Pablito" in Spanish lands. TAKE THE QUIZ