Which classic TV sitcom had the best graduation episode?

Of course the Fonz was valedictorian. 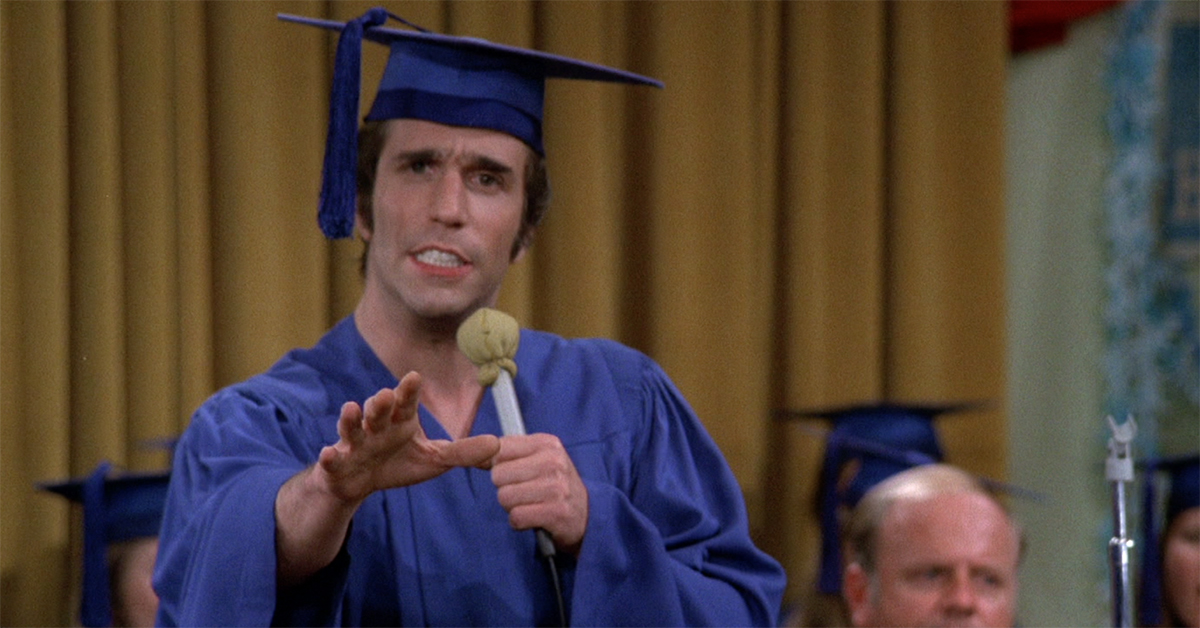 Cue up "Pomp and Circumstance"! It's graduation season. Finishing school and saying goodbye to friends has been a right of passage for ages. The ceremony can be stressful, relieving, celebratory and bittersweet. No wonder it makes for great television.

Over the years, just about every TV show about adolescents has tackled the graduation episode — assuming, of course, the series lasts long enough. We're going to focus on the comedies. Though, many of the following episodes tug on the heart strings and handle graduation with surprisingly maturity.

We present them in chronological order, to see how the trope evolved. You can see most of them on our MeTV Network. Which graduation episode was your favorite? 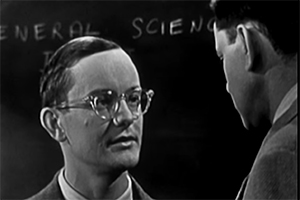 In the early days of television, there were not many primetime series dealing with teenagers. No wonder this forgotten gem of a series featuring Wally Cox and Tony Randall dealt with Graduation Day from the adults' perspective. Bespectacled teacher Mr. Peepers (Cox) has butterflies over delivering the commencement speech to the students. Naturally, the overly confident Wes coaches him up.

2. The Many Loves of Dobie Gillis - "The Second Childhood of Herbert T. Gillis" 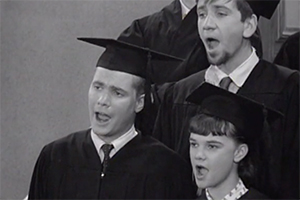 Back then, not every 18-year-old was expected to go to college. It imbued graduation with so much more uncertainly. Thus, this early episode of the teenager sitcom treats its graduation moment with uncommon emotional honesty, though it does focus more on Dobie's dad earning his diploma through night school. In the following episode, "Dobie vs. The Machine," Dobie and Maynard are adrift as grads. Their teacher, Mr. Pomfritt, tells them, "Underneath those miserable exteriors, there must be hidden talents." A "psychometrician" measures Dobie's mental aptitude with a giant computer. The two best friends end up joining the Army.

Watch The Many Loves of Dobie Gillis on MeTV.

3. My Three Sons - "Trial By Separation" 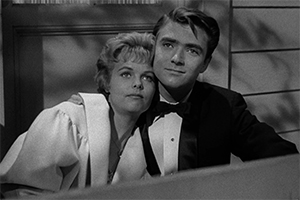 We never see a cap and gown, but this early black & white episode from the William Frawley era of the long-running sitcom tackles the emotional ups and downs of teenage lovers facing life after high school. Mike, the eldest son, and his girl-next-door sweetheart try to spend a week apart before graduation to test their relationship. They bicker about marriage, which leads to a brilliant scene with the two arguing from the windows of their houses, each struggling to act sophisticated and adult while embarrassing themselves with slapstick. Being 18 felt much more like being an adult in 1961.

Watch My Three Sons on MeTV.

4. Leave It to Beaver - "Beaver's Graduation" 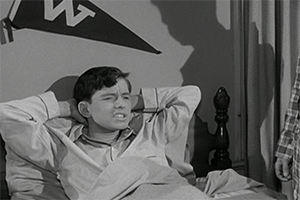 After six seasons, Beaver was still only graduating junior high. He and Gilbert snoop around the principal's office, but Beav does not see a diploma with his name on it. He worries he won't make it to high school. Of course, it's all a misunderstanding. There is a great line at the end, when Beaver tells Wally, "I just can't picture myself looking like one of those teenagers you see in those crazy magazines."

Watch Leave It to Beaver on MeTV. 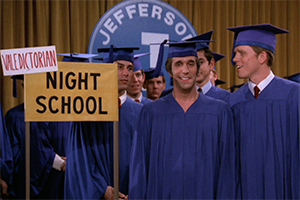 It is easy to forget the Fonz was a high school peer of Richie's. The character felt about ten years older. He certainly didn't seem like the studious type. Nevertheless, in the fourth season, Fonzie becomes determined to walk alongside Richie and the gang at graduation. He crams at night school — and becomes the valedictorian. Of course. That's a cakewalk compared to jumping a shark on waterskis. 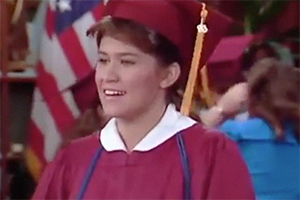 Tomboy Jo is practicing her speech. "This is a day that will live in infamy," she mumbles. Blaire points out, "Jo, that was Pearl Harbor." As Jo and Blair graduate, Tootie and Natalie worry they'll never be together again. No fear! There were still five more seasons left. 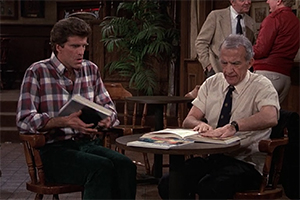 Here's a line you might not expect on Cheers: "Ladies and gentlemen, Sam Malone is now a high school graduate!" Not because Sam Malone was a dummy, but because he was a grown man running a bar after a professional sports career. However, the character dropped out of high school to play baseball. With the aide of Coach, he bones up on his geography to finally earns his diploma. He gets a D — but you can't spell "diploma" without the "D"! 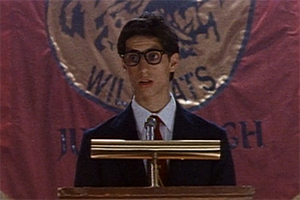 Get your tissues ready: Kevin and Paul are graduating R.F.K. Junior High. Yeah, yeah, it's just junior high, but the writers treat the moment as if two war buddies are saying goodbye. "Let us never forget, the friends we made here," Paul proclaims in his valedictory speech, as Kevin watches with moist eyes in the auditorium, slowly nodding his head with uncommon perspective. We'll be honest, it choked us up rewatching it. 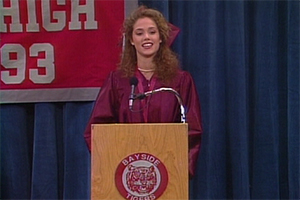 As delighfully silly as Saved by the Bell could be, the seminal '90s sitcom gave its most cartoonish character, Screech, his most human moment in the finale. The class dork vacates his role as valedictorian so that Jessie can realize her dreams. Meanwhile, Zack hustles and stumbles through a ballet class in order to earn his required credits.

Watch Saved by the Bell on MeTV.

TommyCianci 4 months ago
how could you possibly have left out the Growing Pains Season Three [1988] Finale where Mike Seaver beat all odds to Graduate? the awesome Song ''this is the day'' by B.J. Thomas [r.i.p.] made it truly emotional & memorable. that should have been at the top of this list! just saying.
Like Reply Delete

Stefanie24 TommyCianci 4 months ago
Didn't Mike wind up being a school teacher? Am I remembering that correctly?
Like Reply Delete