Where To Watch Shop Store Contact
Home / Stories / The overlooked second roles of TV's greatest Western stars
Did you know?

Zeb, Nichols and Hec are not quite household names. 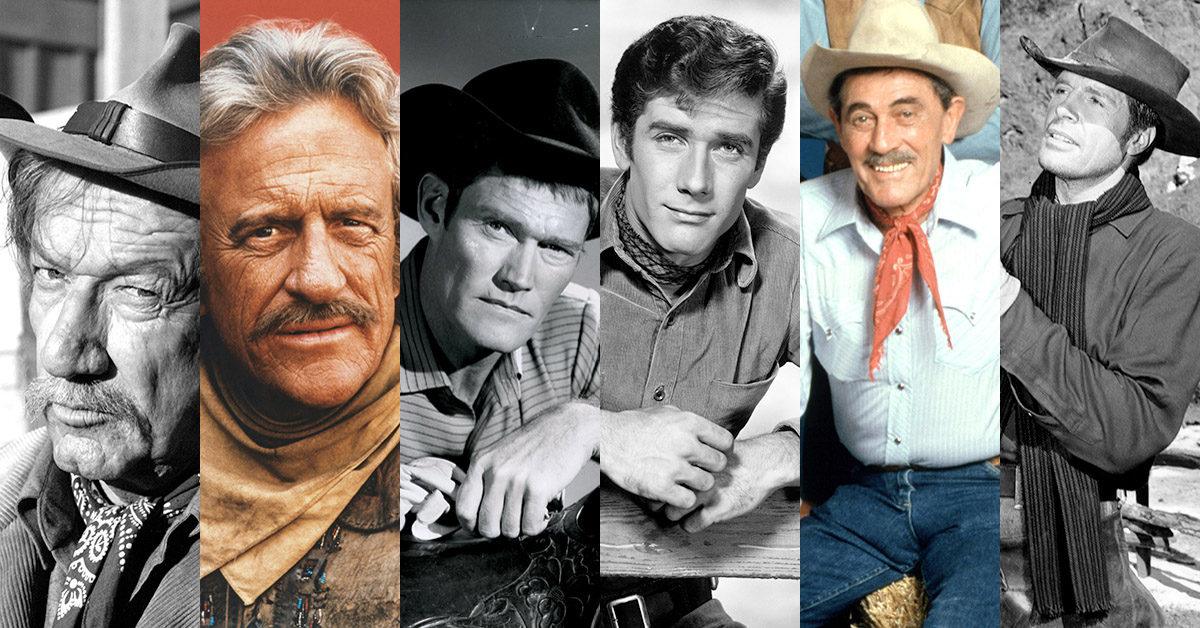 Lucas McCain. Marshal Matt Dillon. Paladin. Festus. Iconic cowboys such as these made Westerns the dominant genre on television in the 1950s and 1960s. The beloved actors behind the roles — Chuck Connors, James Arness, Richard Boone and Ken Curtis, respectively, in this case — are forever associated with these characters. After all, they played the roles in hundreds of episodes.

But all them at some point wore a different hat. The more popular gigs overshadow these second roles, but the performances were equally captivating. Some Western stars, like Clint Eastwood and Steve McQueen, made the leap to the big screen. The following fellows rode a different horse for another TV series. Let's take a gander. 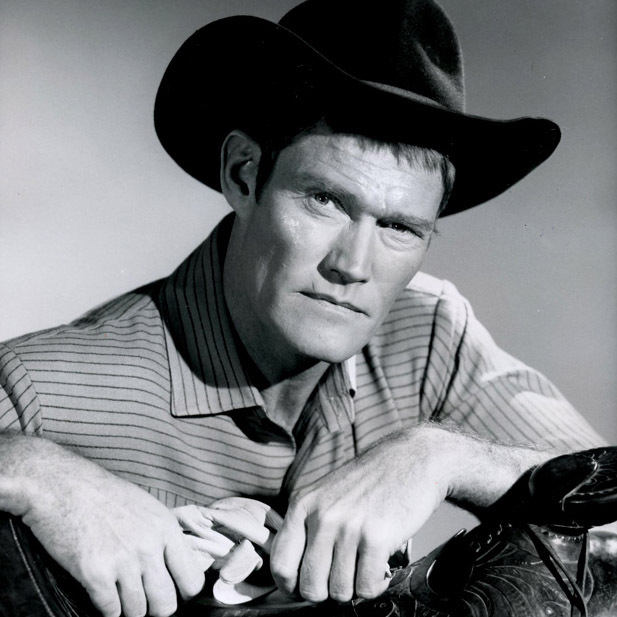 Former three-sport professional athlete Chuck Connors cut an impressive figure as a TV cowboy. His imposing presence also made him suitable as an indomitable villain, as he so often portrayed later in his career. However, two years after The Rifleman star hung up his Winchester, he slid into a new uniform, portraying unjustly disgraced cavalry captain Jason McCord on Branded. McCord was a vagabond, wandering the country like the Fugitive or Incredible Hulk, seeking to prove himself. Connor's broad shoulders wore the massive chip in it well. Alas, kicking off in 1965, the series lasted a mere two seasons. Perhaps it was doomed to be an outlier, as the show was a rare scripted drama from Goodson-Todman Productions, a studio best known for churning out hit game shows like The Price Is Right, Family Feud, Match Game and Password. 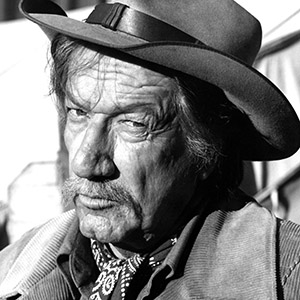 For six seasons, Richard Boone epitomized late-19th-century style as dapper gunfighter Paladin in Have Gun – Will Travel. A decade after that show ended, Boone returned to Old West in a drastically different role. For starters, this Old West was not so old, instead set in the early 20th century. The series was the brainstorm of TV legend Jack Webb, creator of realistic Los Angeles procedurals Dragnet, Adam-12 and Emergency! Webb pitched Hec Ramsey as "Dragnet meets John Wayne, with Boone as aging gunslinger turned forensics pioneer. Ten mysteries aired over the course of two seasons, as it was one of the titles cycled through the NBC Mystery Movie block, along with… 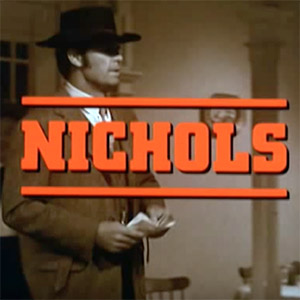 Nichols was a reunion between James Garner and Warner Bros., his first work for the studio since his iconic role as Maverick. The two lead characters had much in common, from their black hats to their sharp wit to their similar adventures. However, Nichols took some unexpected turns. For starters, our hero rode a motorcycle, not a horse. Then, after shaky ratings, producers killed off Nichols — only to replace him with his twin brother, Nichols. This new Nichols had a mustache. The great Margot Kidder co-starred as the love interest, yet somehow audiences just did not click.

4. James Arness in 'How the West Was Won' 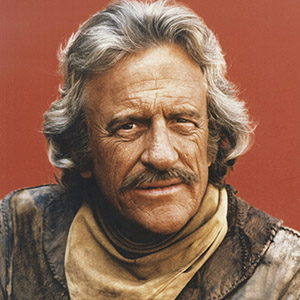 Twenty years is a long time to play a character. And that was just the beginning. Arness kept pinning on his Marshal badge in Gunsmoke TV movies up until the mid-1990s. Audiences could not get enough of Matt Dillon for four decades. In the middle there, from 1977–79, Arness headlined How the West Was Won, a loose adaptation of the 1962 film that began as a miniseries. The veteran cowboy actor played Zebulon "Zeb" Macahan, a rugged pioneer, tracker and Army scout who moves his family from Virginia to the frontier. Bruce Boxleitner and Eva Marie Saint rounded out the stellar cast.

5. Ken Curtis in 'The Yellow Rose' 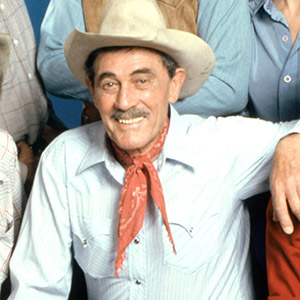 Matt Dillon's right-hand man on Gunsmoke also returned to the West later in life. The Yellow Rose, however, was a modern drama, a 1980s primetime soap heavily indebted to Dallas. Curtis, the former Festus, played Hoyt Coryell, a grizzled cowhand working for the Champion clan. The rest of the cast was impressive, including Cybill Shepherd (Moonlighting), David Soul (Starsky and Hutch) and… yep, Chuck Connors. 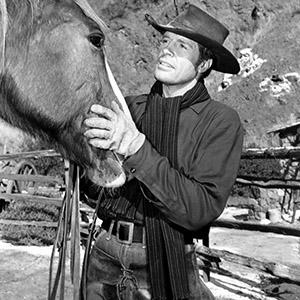 The epic Wagon Train had a strong, sprawling cast. It's no wonder faces from the series turned up elsewhere. From 1957–62, Horton portrayed frontier scout Flint McCullough on the show. In 1965, he returned to a saddle as the lead in A Man Called Shenandoah, a far more Sixties take on the Western genre. His character was an amnesiac, wandering the West trying to unravel his identity. The show was a desert companion to serials such as The Fugitive and The Prisoner. 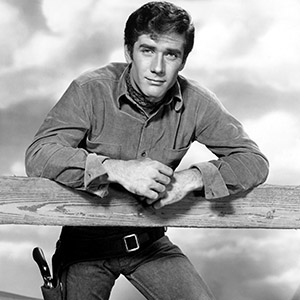 When Horton left Wagon Train, he was void was filled by Robert Fuller, who had wrapped up his starring run on Laramie a few months earlier. Laramie was a hit by any measure, airing 124 episodes in four seasons. But Wagon Train was a granddaddy of the genre, and in the years since, Fuller's role as scout Cooper Smith has overshadowed Jess Harper of Laramie. And just think — he nearly nabbed another massive role. Fuller auditioned to play Little Joe on Bonanza, narrowly losing out to Michael Landon. 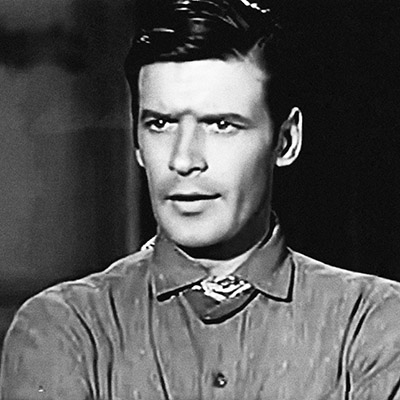 Breck had not one, not two, but three memorable roles as cowboys. He is most remembered as excitable middle son Nick Barkley on The Big Valley, a role he played from 1965–69. Before that, he turned up a handful of times as Doc Holliday on Maverick. But his breakthrough role the lead, Clay Culhane, in Black Saddle, one of the many spin-offs of Dick Powell's Zane Grey Theatre. That anthology series had also spawned hits with The Rifleman and Trackdown. Black Saddle was quirkier, in that the main character had given up guns to become a lawyer. Which is perhaps why it remains a little more obscure in the genre. 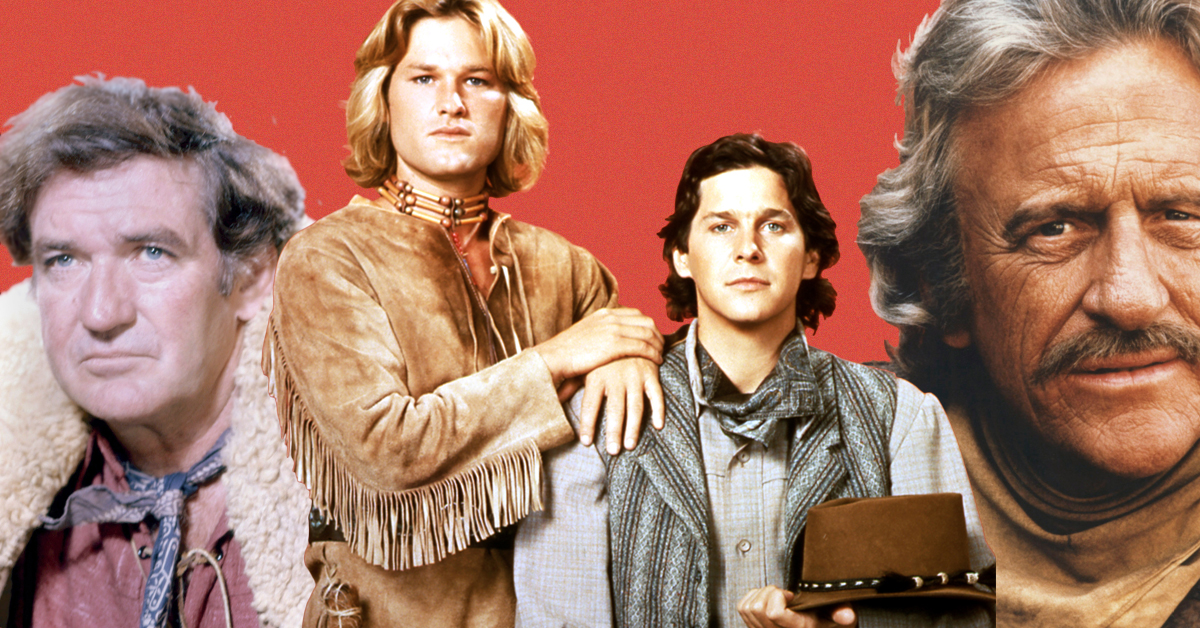 Not even William Shatner and Kurt Russell could help these gems stick around. READ MORE