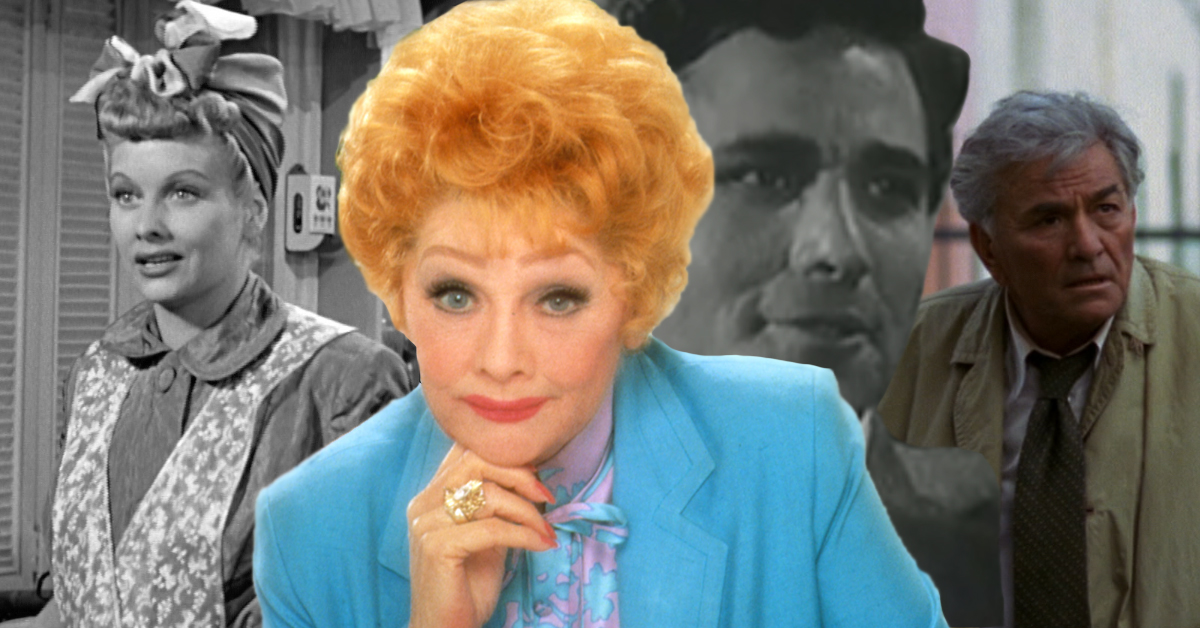 Television's original golden age in the 1950s wasn't just when some of the earliest shows became massive hits. It's also when actors and actresses who are now household names - including Andy Griffith, Florence Henderson and Leonard Nimoy - landed their first TV parts. If you weren't starring in your own series like that overachiever Lucille Ball, it was an era when you were clearly on your way to a TV history-defining career. 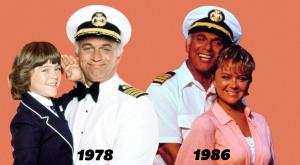 10 TV children who drastically grew up before our eyes

For certain talents, what started in the 1950s would stretch for decades. These stars appeared on TV for more than 30, 40 or sometimes 50 years. In that time, although their features morphed with age, their impact on audiences stayed ever strong.

Here, we've collected a cast of characters you know well from classic TV. We clipped a scene from their earliest TV roles and put it side by side with their final TV appearance, so you can take a long look at how much they've changed over the course of their landmark careers. Enjoy! 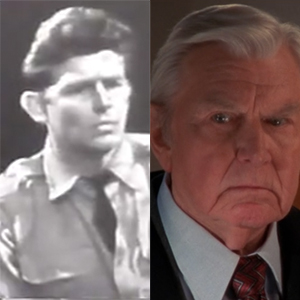 Before The Andy Griffith Show began in 1960, Andy Griffith had appeared in a handful of TV roles. His earliest was a 1955 episode of The United States Steel Hour called "No Time for Sergeants." He revived his Andy Taylor in The Andy Griffith Show spin-offs and remained a constant presence on TV before accepting the role of Ben Matlock in 1986 on Matlock. His final TV role was in 2001 on the teen drama Dawson's Creek. 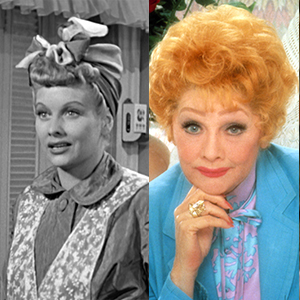 After rising up as a movie actress, model and radio performer, Lucille Ball made her TV debut as the star of her own show. That's just how big a talent she was. After I Love Lucy, Ball appeared in shows like The Phil Silvers Show, Make Room for Daddy, and The Ann Sothern Show, accepting few roles where she wouldn't be playing her old character Lucy Ricardo. She launched more of her own shows, too, of course, including The Lucy Show and Here's Lucy. Then in 1986, we saw our last glimpse of TV's favorite redhead on Life With Lucy. 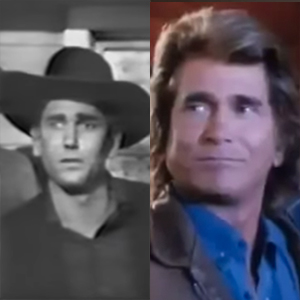 Michael Landon became a household name as Little Joe Cartwright on Bonanza, but he'd already donned a cowboy hat before he took that part. His first TV role was in 1955 on a short-lived Western series called Luke and the Tenderfoot. After Bonanza ended, Landon found a new TV home as Charles Ingalls in Little House on the Prairie. His final TV part took a turn away from the frontier, featuring Landon as an angel in Highway to Heaven, which ran through 1989. 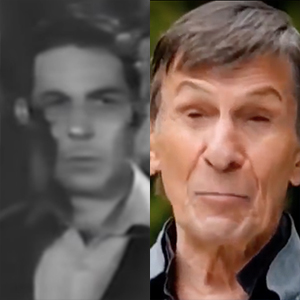 The original Spock is one of TV's greatest icons, with a lot due to the immense talent of Leonard Nimoy. The actor first appeared on TV as an uncredited henchman in the 1953 "Knockout" episode of Four Star Playhouse. Since he was largely in the background there, we pulled the photo above from his appearance in the same show Landon appeared on in 1955, Luke and the Tenderfoot. Between his earliest roles and Star Trek, Nimoy was cast on just about every great classic show. His final role came in 2012 as a recurring character on the supernatural hit show Fringe. 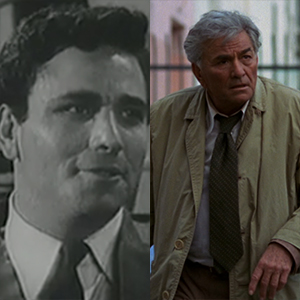 Between 1957 and 1958, Peter Falk landed a number of TV roles on shows including Robert Montgomery Presents, Studio One in Hollywood, Armstrong Circle Theater, and Decoy (pictured above). Before Columbo, his first recurring role for TV would come in 1965, starring in the short-lived series The Trials of Daniel O'Brian. Then, of course, he hit his stride on Columbo in 1971, and fittingly, his final appearance on TV would be for the last episode in 2003, "Columbo Likes the Night Life." 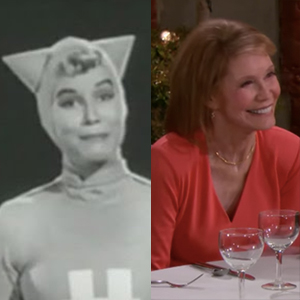 You can thank The Adventures of Ozzie and Harriet for bringing Mary Tyler Moore into TV in 1952, nearly a decade before The Dick Van Dyke Show would first air. She played a happy little dancing elf in commercials that would air only during the sitcom. Her first regular role was as a secretary on Richard Diamond, Private Detective. By 1970, she had become Mary Richards to us viewers at home, charming audiences on The Mary Tyler Moore Show. It's pretty appropriate then for fans that her last TV role was part of a Mary Tyler Moore Show reunion in 2013 on Betty White's recent series Hot in Cleveland. 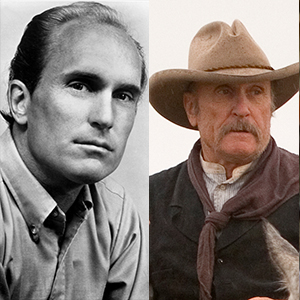 After starting his career in theater, Robert Duvall landed his earliest TV roles in 1960 on shows like The Robert Herridge Theater, Playhouse 90 and Armstrong Circle Theater. From there, he became a TV regular, appearing in The Twilight Zone, Alfred Hitchcock Presents, Route 66, The Fugitive and the list goes on. Then in 1989, his performance in the TV mini-series Lonesome Dove landed him a Golden Globe, proving his TV roles were just as meaty as his movie ones. His last TV appearance was in 2006 for another TV mini-series called Broken Trail. 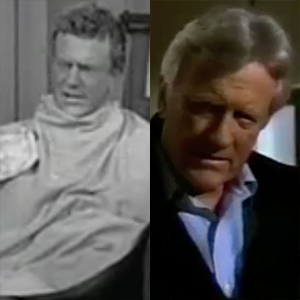 As Gunsmoke's Matt Dillon, James Arness was a TV fixture from 1955 to 1975, but attentive Western fans know his very first TV role would come five years prior. In 1950, Arness appeared in an episode of The Lone Ranger as Deputy Bud Titus. After Gunsmoke ended, Arness starred in How the West Was Won and then sauntered off our screens with his final role in 1982 as the star of the single-season series McClain's Law. 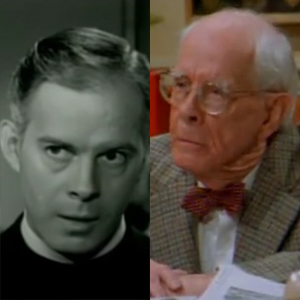 Harry Morgan played two memorable roles on TV, as Col. Potter on M*A*S*H and Officer Bill Gannon on Dragnet. Before that, he was credited as Henry Morgan on a few TV roles, including a 1951 episode of The Amazing Mr. Malone, The Doctor (1952) and The Lone Wolf (1954, pictured above). Then in 1954, he landed his first starring role on the early series December Bride, which spun off into Peter and Glady as a vehicle to continue his character Pete Porter. After that, Morgan enjoyed a long career in television, with his final recurring role as Professor Suter on the hit show 3rd Rock from the Sun. 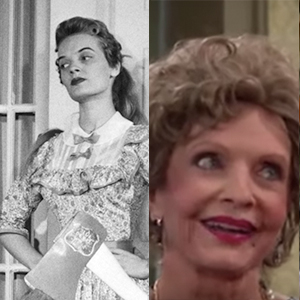 As Carol Brady, Florence Henderson's smile practically burned into our TV screens, watching and rewatching The Brady Bunch and its various spin-offs. Well before she became a Brady, though, Henderson picked up parts in the mid-1950s in just a few shows, including I Spy and The United States Steel Hour (pictured above). The final time she revived her Carol Brady character was in 2014 on the sitcom Instant Mom. After that, her final TV role came in 2016 on the Disney Channel series K.C. Undercover, keeping it family friendly as you'd expect from one of TV's favorite moms.

Windos67 28 months ago
Harry Morgan. The One Show it Did Not Mention DRAGNET 1967 with Jack Web
Like Reply Delete