10 TV children who drastically grew up before our eyes 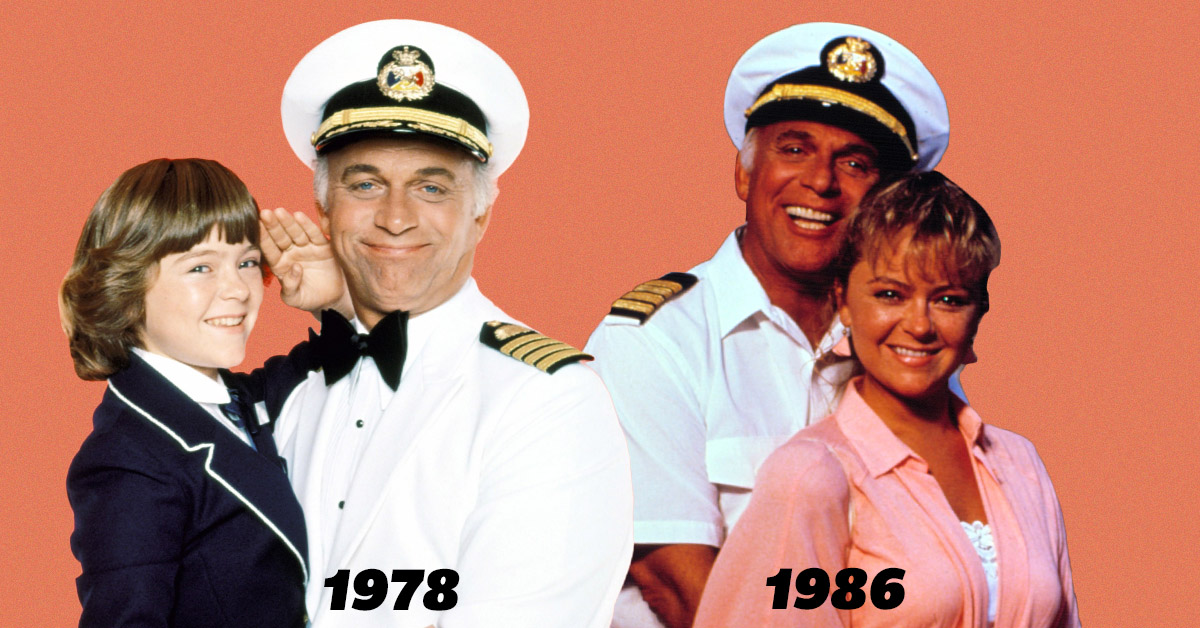 Growing up is hard enough in the everyday world. Growing up in the public eye, in front of millions, is even harder. Child stars have to juggle a job, schoolwork and adolescence. If they're lucky enough to land on a successful show, they can spend their entire childhood in front of a camera.

The following TV characters sprouted from wee kids to full-grown adults on their shows. These young celebrities appeared on some of the longest-running series in history. We even watched some of them grow into middle age in reunion movies and reboots.

We're sticking with the original runs of their shows. Here's are 10 of the most dramatic child star changes from beginning to end.

1. Beaver Cleaver on 'Leave It to Beaver' 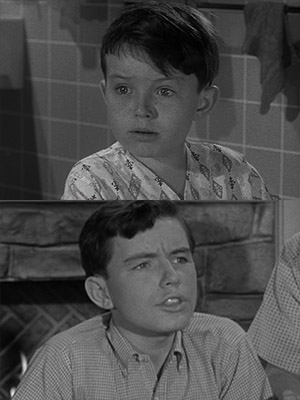 Eight-year-old Jerry Mathers won the role of Theodore "Beaver" Cleaver after wearing his Cub Scouts uniform to the 1957 audition. When the show ended in 1963, he was about 15. Twenty years later, he returned to the role as a grown man in The New Leave It to Beaver. 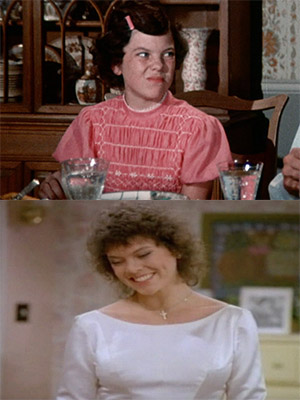 Erin Moran's beloved character went from making faces at the dinner table to getting married to Chachi. It was a dramatic transformation over the span of a decade. Her haircut, on the other hand, went from 1957 to 1964.

3. Chip Douglas on 'My Three Sons' 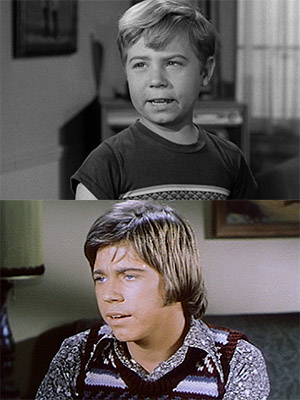 My Three Sons goes overlooked in the pantheon of long-running sitcoms. Only Ozzie and Harriet made more episodes. Some of the Douglas sons came and went, but young Chip was a steady presence alongside Fred MacMurray. Here he is in the 1960 premiere and the season twelve finale.

4. Marcia Brady on 'The Brady Bunch' 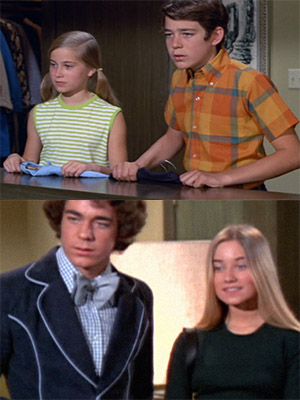 While The Brady Bunch lasted five seasons, it was a "time to change" for the six blended kids. The eldest step-siblings Greg and Marcia look shockingly young in the early episodes. Maureen McCormick was a mere 12 years old when she filmed the pilot.

5. Vicki Stubing on 'The Love Boat' 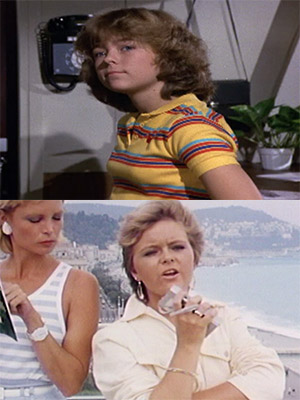 The captains daughter went to the school of the seven seas on this massively popular rom-com. Jill Whelan first came aboard the cast in the second season, in 1978. By the end of the voyage she was a modern woman of the mid-1980s.

6. Ricky Nelson on 'The Adventures of Ozzie and Harriet' 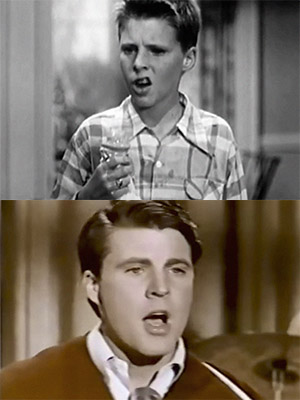 When you're on the longest-running live-action sitcom in history, you're going to go through some significant changes. At least teen idol Ricky Nelson had the rest of his real-life family along for the ride. In the 1955 premiere of The Adventures of Ozzie and Harriet, we see elder brother David shaving before a date. Little Ricky (not that Little Ricky) is a mere pipsqueak then. By the end in 1966, he was a bona fide rock star. 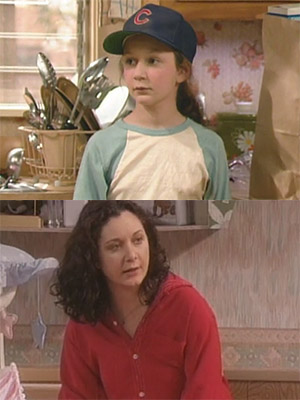 In 2018, the Connor family will make a comeback in a new Roseanne series. But we have already seen second child Darlene Conner go from young child to mother on the original run, from 1988–97. Sarah Gilbert could barely fit into a Cubs hat in the first episode. 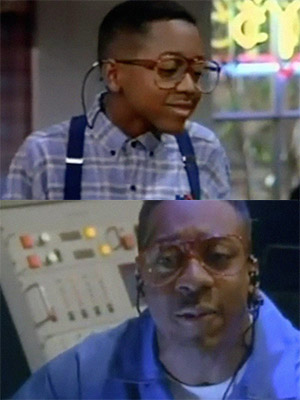 Jaleel White was pushing the believability of the neighbor nerd character in 1998, the ninth season of this TGIF staple. Urkel clearly drank his milk and ate his veggies, as he grew into a rather athletic dweeb.

9. Bud Bundy on 'Married… With Children' 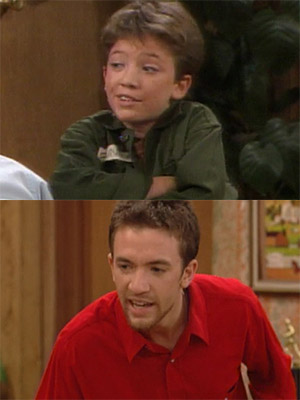 He was always precocious, at least with his language, but Bud Bundy's body grew up to match his mouth on this irreverant Fox sitcom. David Faustino went from 13 to 23 over the course of the series. 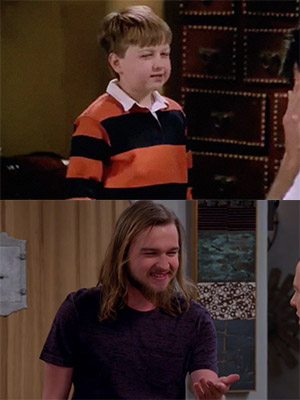 Yes, that is the same kid! Angus T. Jones was no "half man" when he returned for the series finale of the 12-season sitcom in 2015. But Three Men just doesn't have the same ring to it.

SEE ALSO: HERE'S HOW THE 'M*A*S*H' CAST CHANGED FROM THEIR FIRST TO LAST EPISODES 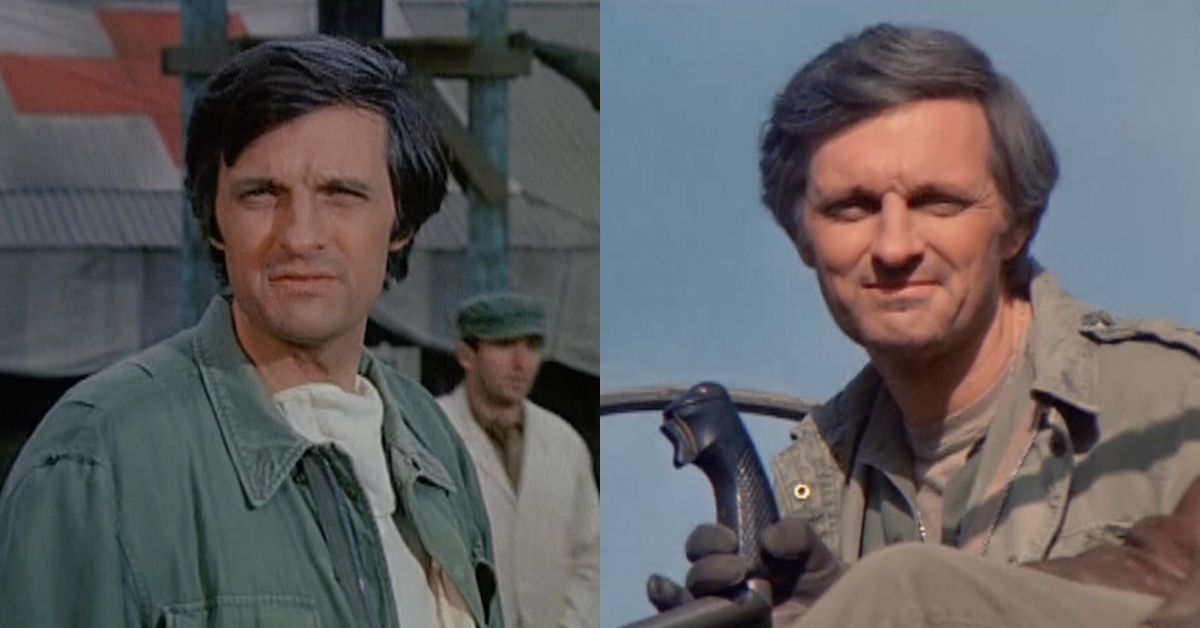 Working for a decade in the 4077th changes you. READ MORE