Where To Watch Shop Store Contact
Home / Stories / See the cast of Perry Mason in their earliest screen roles
Did you know?1950s

See the cast of Perry Mason in their earliest screen roles

Find out which actor had them all beat with a movie role in 1916! 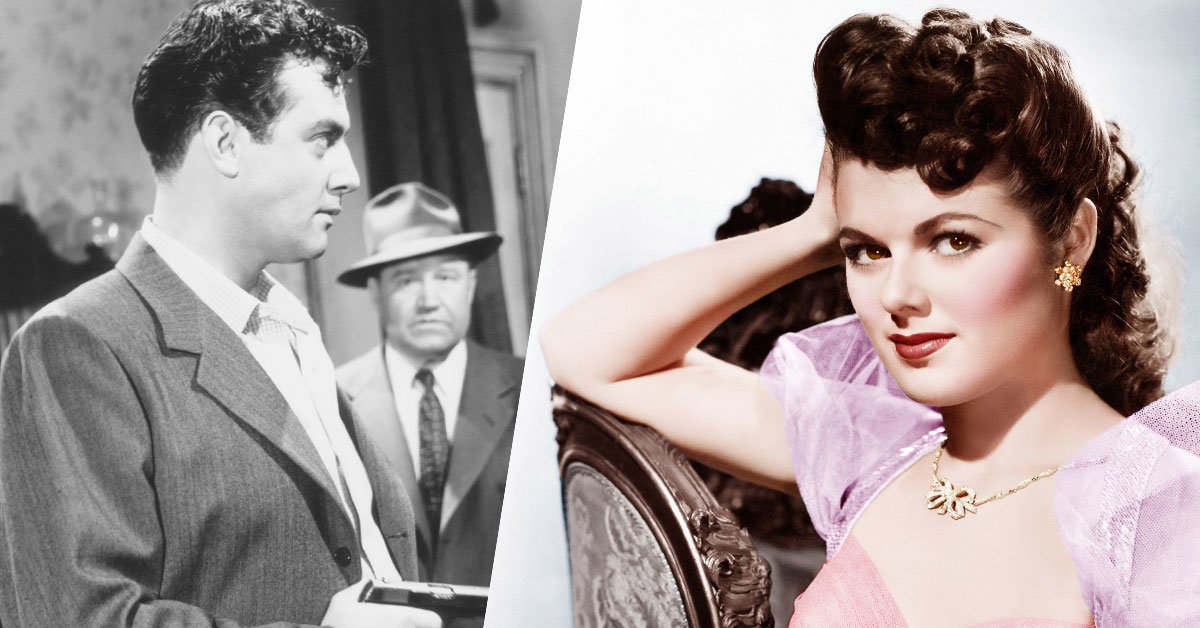 Before we get to the earliest screen appearances of the Perry Mason actors, let's take a moment to appreciate the final screen roles of this stellar cast. Incredibly, so many of the main stars wrapped up their career either in a Perry Mason mystery or in a courtroom drama.

Raymond Burr (Perry Mason: The Case of the Killer Kiss in 1993) and Barbara Hall (A Perry Mason Mystery: The Case of the Jealous Jokester, 1995) finished their careers in the roles of Perry Mason and Della Street. Ray Collins died in 1965 during the production of the original series, making Lt. Tragg his final character.

A year after Perry Mason ended, William Talman appeared in his final role as another district attorney, Charlie Lord in The Ballad of Josie (1967). William Hopper's final screen credited screen role was Paul Drake in season nine of Perry, but he did make a one last, uncredited appearance as a judge Myra Breckinridge (1970).

It just goes to show you how associated these characters were with Perry Mason courtroom dramas.

But they did not all start out that way. Let's look back… 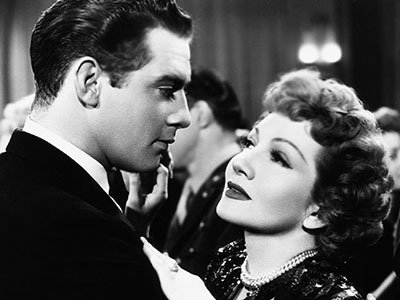 Where else to start but Perry himself? His most memorable pre-Perry role might have been Godzilla, King of the Monsters! (1956) which also happened to feature Lee Miller, a.k.a. Sgt. Brice from Perry Mason, as "Man in Line at Airport." Prior to that, Burr typically played a tough guy. Here, you can see him in his screen debut, 1946's Without Reservations, dancing with star Claudette Colbert. That same year, he was seen wielding a pistol in San Quentin, pictured in the image at the top of the article.

Hale moved to Hollywood in 1943 — and landed a film role within 24 hours! That was an uncredited "Girl at Party" appearance in Gildersleeve's Bad Day, part of the Great Gildersleeve film series. (Get a glimpse of the party scene in the rotating image.) She turned up in a handful of other uncredited roles in '43 before scoring a huge job next to Frank Sinatra in Higher and Higher (also 1943). Not a bad way to start! That would be her first credited screen role, cuddling up with Ol' Blue Eyes. 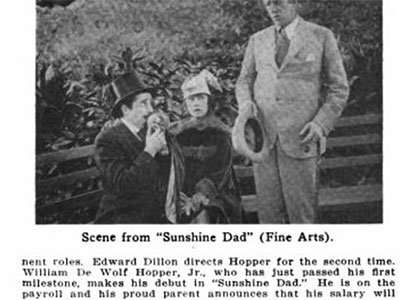 When it comes to movie debuts, Hopper has his castmates beat. Heck, he has most actors in general beat. Long before he was "Paul Drake," Hopper was born into an acting family. His father, DeWolf Hopper, was one of the earliest movie stars, beginning with his lead role in 1915's Don Quixote. A year later, DeWolf made Sunshine Dad (pictured here), and he cast his one-year-old newborn, DeWolf Hopper Jr., to play a baby in a carriage. "[The baby] is on the payroll," a trade publication wrote at the time. "His proud parent announces that his salary will start a life-sized bank account for the infant." Two decades later, an adult DeWolf Hopper Jr. started his acting career in earnest, turning up in The King Steps Out (as a soldier) and The Accusing Finger (as a reporter) in 1936. A year later, he was billed as "William." 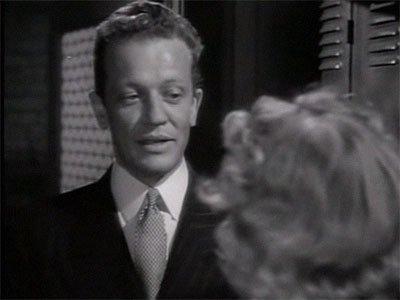 Ah, the other William! You know him best as Hamilton Burger. He made his screen debut a decade before Perry Mason, in the crime-comedy musical Red, Hot and Blue (1949). Talman was a gangster named "Bunny." Julie Adams (The Creature from the Black Lagoon, The Andy Griffith Show) also made her screen debut in that flick! 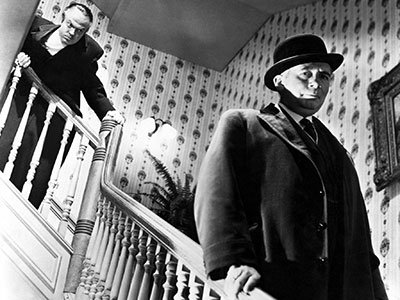 Collins became a close pal and colleague of Orson Welles. The two met working on the educational CBS radio program The American School of the Air in 1934. They continued to collaborate on the radio. Meanwhile, Collins turned up uncredited in a handful of short films. At last, in 1941, Welles gave Collins his first credited screen role, and it was a biggie. He cast Collins in his masterpiece Citizen Kane! 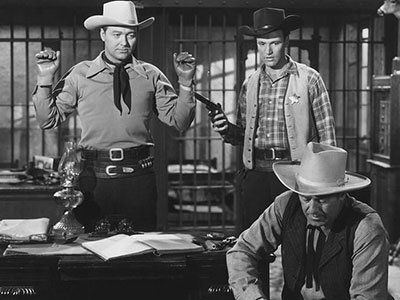 Anderson was a late addition to the Perry Mason cast, joining in the final season as Lt. Steve Drumm, the primary cop role in year nine. His screen debut was a rather sizable role as the deputy sheriff in the 1950 oater The Vanishing Westerner. You can see him in the middle here. 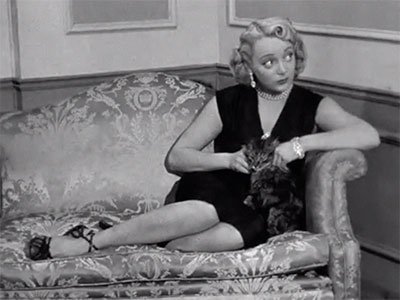 Her best known — and final — screen role was playing Perry's receptionist, Gertie. Her acting career kicked off in the early 1950s with a few small roles on TV. Her first notable movie gig was alongside The Three Stooges! In the 1952 short "Corny Casanovas," Cezon was the main female lead alongside Shemp, Larry and Moe. Five years later, she joked about with the Stooges again in "Rusty Romeos," during the Joe Besser era of the trio.

SEE MORE: See the castaways of Gilligan's Island in their earliest screen roles 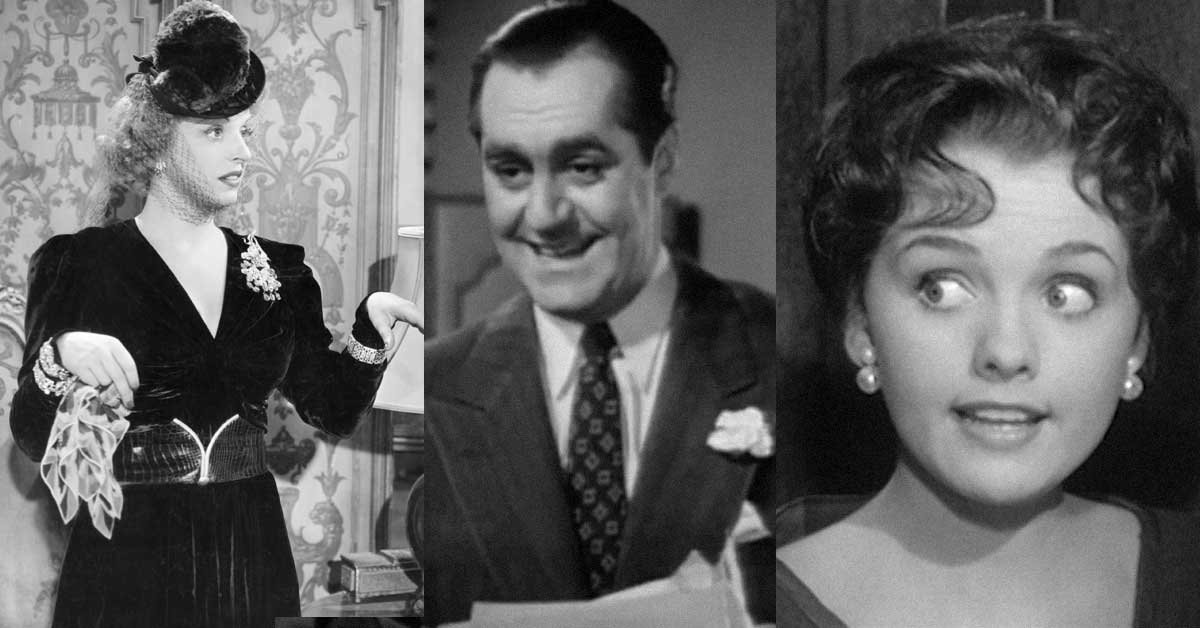 Fittingly, Bob Denver got his start on a boat. READ MORE

Runeshaper 33 months ago
Perry Mason was a fantastic show! It's cool to see where all of these stars started.
Like Reply Delete

BrittReid 34 months ago
Where is Raymond Burr in A Cry In The Night?
Like Reply Delete

Kiyone57 BrittReid 14 months ago
The story is about film debuts. Without Reservations is, per IMDB, Burr's first film.
Like Reply Delete

cperrynaples 34 months ago
How could you not mention Burr in Rear Window or Talman in The Hitchhiker? Fun Fact: Talman's character was so evil that the actor was once punched by a fan! BTW, Hopper's scene in Myra Breckenridge is a hoot! He's a conservative judge who sternly lectures Raquel Welch, but after she leaves he lights up a joint! What a way to end a career! He didn't even live to see the movie!
Like (2) Reply Delete

cperrynaples cperrynaples 34 months ago
PS Julie Adams went on to become Perry's only convicted client! She died earlier this year.
Like Reply Delete

DavidBartholomew 34 months ago
One of the above is the answer to an Impossible Trivia Question:

Who starred in 2 series the same year, playing the SAME character, on 2 different networks?

cperrynaples DavidBartholomew 34 months ago
Well, if had seen that post earlier,I would have answered! After all, I am THAT GUY! For the record, pretty much all of $6M's cast appeared on NBC. However, Lee Majors only played Steve Austin on NBC in the reunion movies!
Like Reply Delete