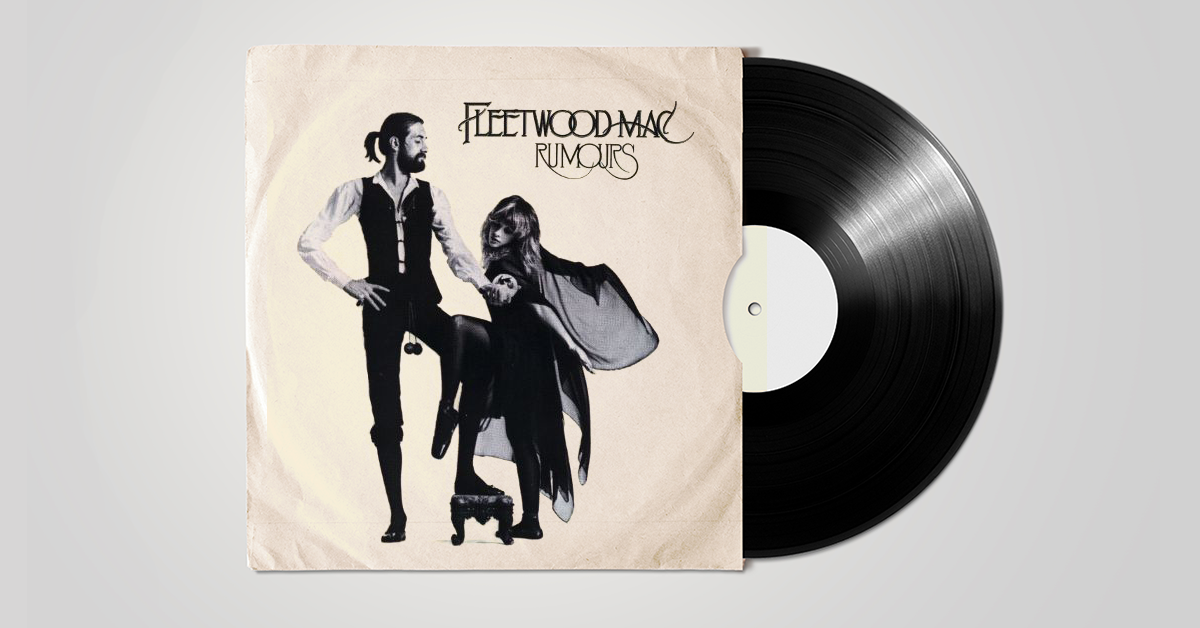 On February 4, 1977, Fleetwood Mac released Rumours, its 11th studio album and second featuring Lindsey Buckingham and Stevie Nicks. The record was a megahit both critically and commercially. 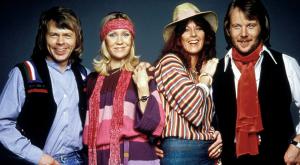 To date, it has sold more than 45 million copies worldwide, receiving Diamond certifications in the United States, Canada and Australia. It is frequently referred to as one of the greatest albums of all time.

The record is famous not only for its catchy pop tunes, but for its behind-the-scenes drama. Every member of the band was going through a breakup during its recording, resulting in sharp lyrical accusations, intense vocal performances and a marriage of eclectic musical styles. Together, Rumours weaves a tapesty of heartache, animosity, genuflections and, ultimately, hope.

The album celebrates its 40th anniversary this weekened. To mark the occasion, here are some facts about the recording of Rumours and its lasting impact on pop culture. 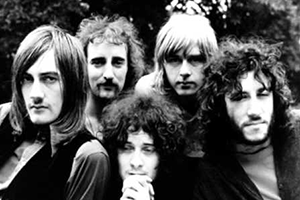 The most famous lineup of Fleetwood Mac – Mick Fleetwood, John McVie, Christine McVie, Lindsey Buckingham and Stevie Nicks – first made soundwaves with their 1975 self-titled record, featuring hits like "Landslide" and "Monday Morning." But long before the Rumours lineup was in place, Fleetwood Mac was an established blues band in the U.K. Former members included guitarists Peter Green, Danny Kirwan and Jeremy Spencer, the latter of whom left the band for the Children of God cult. Mick Fleetwood and John McVie are the only remaining original members. The band's name is derived from their surnames.

Bassist John McVie joked they should name the record "rumors" after the gossip spreading around about one another during its recording. At the time, McVie was going through a divorce with the band's keyboardist, Christine. Vocalist Stevie Nicks and guitarist Lindsey Buckingham were also splitting up. And drummer Mick Fleetwood was having domestic problems of his own, when he discovered that his wife Jenny Boyd was having an affair with his best friend.

Though the band was all set to call the album Yesterday's Gone, after the lyric from "Don't Stop," they liked McVie's suggestion better. They went with the British spelling to honor the band's origins.

3. All of Stevie and Lindsey's songs are about each other. 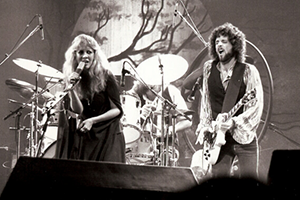 Nicks and Buckingham were longitme partners — both creatively and romantically — by the time Rumours rolled along. They met as teenagers in their Bay Area high school, and later toured with friends as the psychedelic rock band Fritz. They broke out on their own as a folk duo and went by the name Buckingham Nicks, releasing an eponymous album in 1973.

After joining Fleetwood Mac at the request of Mick, tensions mounted as the two got competitive. During the recording of Rumours, they called it quits for good. And thus, much of the album documents their split. While Nicks reflected with poetic lyrics like "when the rain washes you clean you'll know," Buckingham fired back with angrier stuff, like "I ain't gonna miss you when you go." In fact, every song each of them wrote on the album is about the other one.

Despite a much-decorated library of music, and the whopping eventual success of Rumours (which is currently the ninth best-selling record of all time), the Stevie Nicks–penned "Dreams" remains the band's only No. 1 single on the Billboard Hot 100 chart.

Christine McVie admitted to Q Magazine in 1997 that she didn't like "Dreams" at first. "When Stevie first played it for me on piano, it was just three chords and one note in the left hand," McVie said. "I thought, 'This is really quite boring.'" You can listen to an early demo of Nicks' song here and judge for yourself. 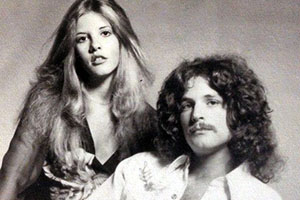 The upbeat song with the cutting lyrics ("finally baby / the truth is come down now / take a listen to your spirit / it's crying out loud") was an older song that Stevie and Lindsey performed together as Buckingham Nicks. When Stevie's song "Silver Springs," written for Rumours, was deemed too-long by the rest of the band, they swapped it for "I Don't Want to Know."

When Mick told Stevie about the switch, she was furious. "I started to scream bloody murder and probably said every horribly mean thing that you could possibly say to another human being," she told BBC Radio in 1991. Mick eventually coerced her into recording the song, which she says she did "basically, with a gun against my head."

In 2013, the song was immortalized in a hilarious Saturday Night Live skit featuring actor Paul Rudd. "Silver Springs" was eventually released as a single on Fleetwood Mac's live reunion album, The Dance, in 1997.

Nicks famously hates the Buckingham-penned "Go Your Own Way," which is about their breakup. She took particular contention with the line "packing up, shacking up's all you wanna do," which she's called offensive. (Buckingham told Access Hollywood in 2011 that the line was meant to be humourous, to which Nicks replied dryly, "Very funny.") In a 1977 live performance of the song, you can see a moody Stevie tear up and glare at Lindsey while they sing.

7. "The Chain" is the only song on the album credited to all five members of the group. 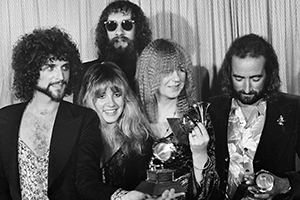 "The Chain" is a unique entry in the Mac's song library. It's actually a cobbled together version of a bunch of separate songs written by each member. The bassline and rhythm section is something John McVie and Fleetwood used to play onstage to warm up. The lyrics were written by Nicks, and the chorus retains the structure of her original version (hear her demo here). Elements of the Christine McVie song "Keep Me There" were worked into the verse (you can hear that demo here). And the guitar intro is taken from an old Buckingham Nicks song called "Lola (My Love)," written by Buckingham (here's a studio recording of that song — notice how the intros are nearly identical).

All of those elements came together to make "The Chain," which became the band's de facto intro whenever they play live. It's one of only a few Fleetwood Mac songs that credits every member. According to a New Yorker interview with Christine, the song is a symbolic one: "It's a metaphor, you know. That the chain of the band will never be broken."

8. "Songbird" was recorded in a college auditorium .

Christine McVie's trademark piano number "Songbird" wasn't recorded in the studio like the rest of Rumours. To get its dreamy, distant quality, the crew made their way to the University of California's Zellerbech Auditorium. There, McVie played the song alone onstage while the crew recorded.

The song traditionally closes every Fleetwood Mac performance. When McVie left the band in 1998, the song went with her. But in 2014, when she officially returned, "Songbird" was restored to the set list — the final song of the encore. You can watch a 2015 performance of it here.

9. "Gold Dust Woman" is about groupies. 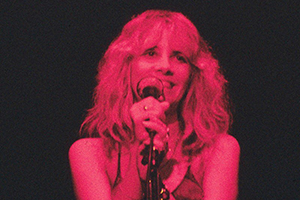 Rumours' closing track, the haunting Nicks ode "Gold Dust Woman," is notorious for its references to cocaine ("take your silver spoon / and dig your grave"). Nicks famously struggled with addiction for most of her adult life — first cocaine, and later the tranquilizer Klonopin — but according to early interviews, "Gold Dust Woman" was actually about groupies and (you guessed it) Lindsey Buckingham.

Nicks told Crawdaddy magazine in 1976, ahead of the album's release, that the song was about "women who stand around and give me and Christine dirty looks, but as soon as a guy comes into the room are overcome with smiles." Meanwhile, lyrics like "rulers make bad lovers / you better put your kingdom up for sale" are jabs at the controlling Lindsey.

10. The album regained popularity thanks to an episode of 'Glee'.

Fleetwood Mac has seen a resurgence in popularity in the last few years thanks to some modern-day TV shows. The third season of FX's American Horror Story focused on witches and featured a number of Stevie Nicks songs, like "Sara," "Seven Wonders" and the very witchy "Rhiannon." Nicks even made a cameo appearance on the show.

In 2011, Rumours was given the Glee treatment. (Both Glee and American Horror Story were created by Ryan Murphy, a massive Stevie Nicks fan.) The popular show, about a high school glee club, dedicated an entire episode to the Mac's most famous album. A week after the episode aired, Rumours reentered the Billboard 200 chart at number eleven. Five of the six cover versions of the songs from the show also charted. Thanks to the renewed interest in the band, Rumours had the highest U.S. chart entry by a previously issued album since the Rolling Stones' reissue of Exile on Main St.