Ever wonder what the critics thought of Batman, Star Trek and more? These 50-year-old hot takes might surprise you. 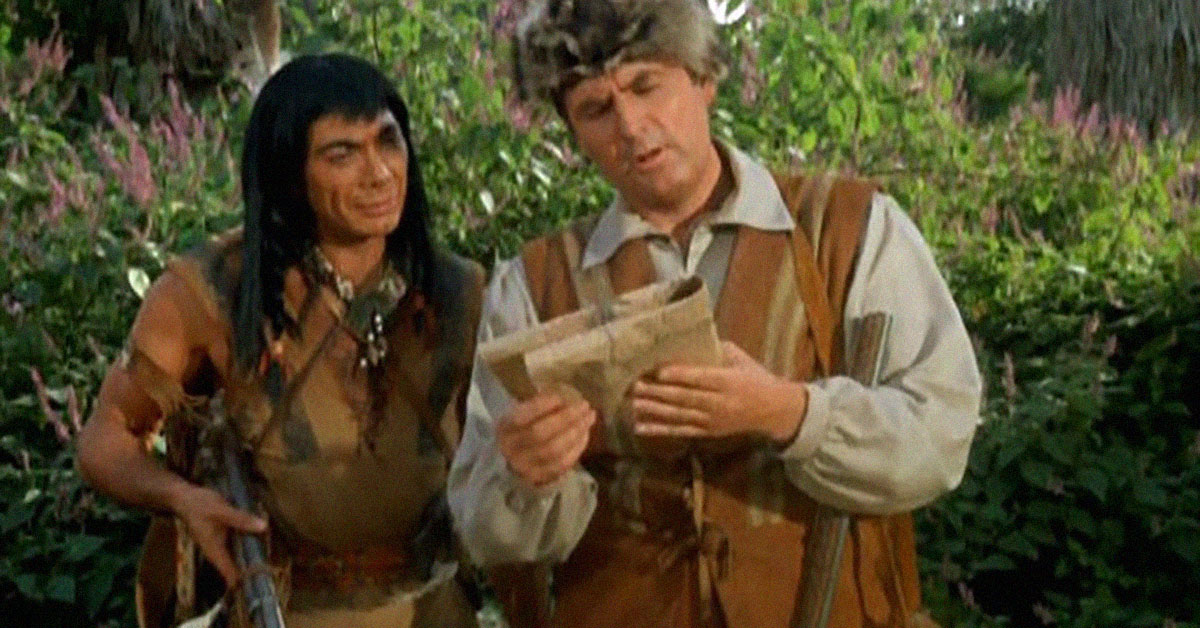 Some of them are harsh, some of them are glowing. One thing is clear: Half a century later, the words of a critic no longer matter. But they're still fun to read.

We dug around for some original reviews of television shows from the 1960s. The critical scene was rather small five decades ago. It's not like now, where hundreds of bloggers dissect every single episode. There were really only a handful major TV critics at the time, so you'll notice that fellows like Cleveland Amory and Bill Ornstein pop up a lot below.

For some outlets, like The New York Times, the boob tube was perhaps too low a form of entertainment to seriously engage with. At least, that's the vibe one gets when reading our first entry, an over-the-top string of snobbery in reaction to the "non-event" of Batman… 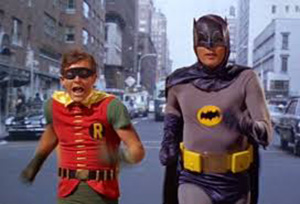 "The opening of Batman was nothing short of a magnificent triumph for the Medici of '66, the press agents. The promotion of show was fabulous and the eager marks at home queued up for the slaughter. The non-viewer who is insecure in his judgment of what is camp had to assume the show was important lest he be forced to admit to no childhood. One reason for the flourishing success of non-events in the arts is that they have been shielded against the perils of overexposure… Once the suckers have been persuaded into the tent, they'll be the last ones to admit they've been had… The only way to eradicate the non-event is to let it wear everyone out; the secret answer to camp is exhaustion, not protest. Batman promises to be a real help." —Jack Gould in The New York Times

"The show is technically superior — in photography, color pace and direction — to its Bond-type competitors, and it also has by far the most ingenuity to be found anywhere in TV." — Cleveland Amory in TV Guide 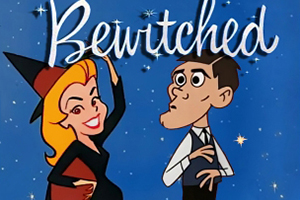 "The lightinglike romance between the two youngsters, the mother witch’s defeat in trying to break up the marriage and Dick’s ex-fiance’s unsuccessful last ditch try to win back her lost lover establish the basic foundation for greater expectations of more 30-minute fun-fests by producer Danny Arnold and his creative and technical associates." — Bill Ornstein in The Hollywood Reporter, September 17, 1964 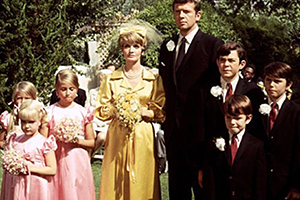 "Will lightning strike twice for Sherwood Schwartz? On the face of it “Brady” prospects aren’t too good.

It’s pure slapstick with a pair of leads not teethed in it: Robert Reed (“The Defender”) and singer Florence Henderson. The basic theme is not new but the premise is pregnant with potential. The expectancy of how the conglomerate families will make out should hold the viewers for a time, anyway. They can be assured that Schwartz won't let it get dull. There are too many ways to go and a laugh track on cue.

But calling the shots is Schwartz, who knows slapstick comedy like the back of his hand, and that’s what they’re buying these days. The only violence will be when that dog catches up with the cat." — Tony Scott in Variety, November 7, 1969 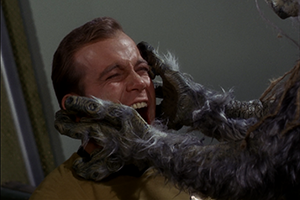 "The planets come into play in the latest entry in the sci-fi category. Most of the action takes place on a spacecraft called USS Enterprise which has a medical group aboard to visit a planet outpost where guest stars Jeanne Bal as Nancy Crater and Alfred Ryder, as Prof. Crater, have been living several years doing research allegedly for their archeological designs.

Soon after the government scientists land, namely William Shatner as Capt. James T. Kirk, and Leonard Nimoy, as chief science officer Spock, two of their crew are mysteriously killed, red circles on their faces being the mark of the terrorist. There's quite a bit of suspense and tricks with gadgets that will please the sci-fi buffs to no end.

Should be a winner." — Bill Ornstein in The Hollywood Reporter, September 9, 1966 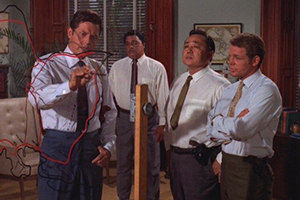 "This series has so much going for it that it's something of a mystery why it hasn't made more of a dent. In the first place, as befits a show which is filmed in Hawaii, it is tremendously satisfying visually — all the way to the wave which ushers in each commercial break. In the second place, it is amazingly authentic. For one thing, the show's fictional governor (Richard Denning) is regularly given to talking things over with the special investigative unit (which is known as Five-O) over a papaya lunch under a tree… There is so much crime abounding in Hawaii Five-O that the average viewer gets the distinct impression that, compared with present-day Hawaii, old-time Chicago was the Tournament of Roses." — Cleveland Amory in TV Guide, December 7, 1968 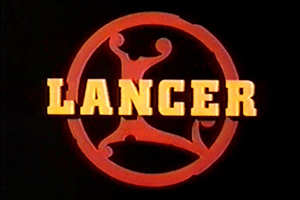 "To your prepared batter of Bonanza, sift in a cupful of The High Chaparral, beat vigorously with The Big Valley and then season carefully, particularly this season, with everything but the old-time TV violence. And, in the end, if you're lucky, you'll have a remarkable combination of which might be called, as you prefer, either Sonsmoke or Half Son, Will Travel." — Cleveland Amory in TV Guide, October 1968 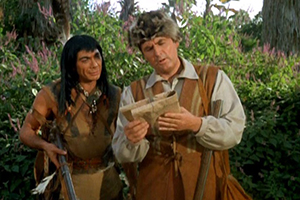 "If you’re a small child, and you love Westerns, and you haven’t got anything else to do, you’ll just about be able to stand it… All in all, the good guys on this show are such bad actors that one way we have found to enjoy it is to root for the bad guys, who are, at least sometimes, good actors. This isn’t a foolproof method, however.” — Cleveland Amory, TV Guide, August 7, 1965 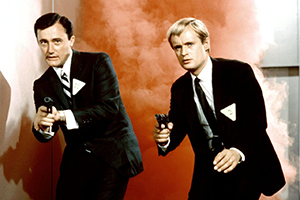 "And so, for the sheer sake of curiosity of what’s gonna happen next, this skeptic-turned-thrill-seeker will look forward to next week to see who producer Sam Rolfe, exec. producer Norman Felton and the various scribblers pick for spoofing in a serious way. By that we mean this series definitely will have its arched cynics and the we-want-more coterie. We hated every villain, drat 'em, and quickly warmed up to Bob Vaughn, the man from U.N.C.L.E., a super-secret organization dedicated to combat all anti-American forces regardless where and how they crop up." — Bill Ornstein in The Hollywood Reporter, September 23, 1964

"You couldn't tell if they were playing it for satire or for real."—Variety

"They should have kept U.N.C.L.E. on while they dropped the bomb… for all the fast pace and gimmickry, there just isn't enough charm… [a] take-off which doesn’t come off." — Cleveland Amory in TV Guide, January 16, 1965 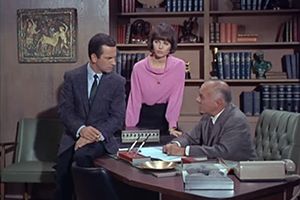 "Don Adams gives it everything with that wry humor of his to produce plenty of laughs for the pseudo-scientific and Rube Goldberg crowd… It’s all a lot of tomfoolery not to be taken seriously… It’s a fun show for those who want to forget the problems of the day." — Bill Ornstein in The Hollywood Reporter, September 18, 1965 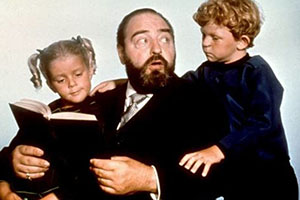 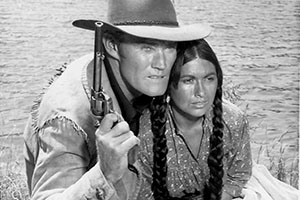 "Despite [Chuck Connor's] 6-foot 5 height, he is regularly being beaten up by men who don't come to his elbows." — Cleveland Amory in TV Guide