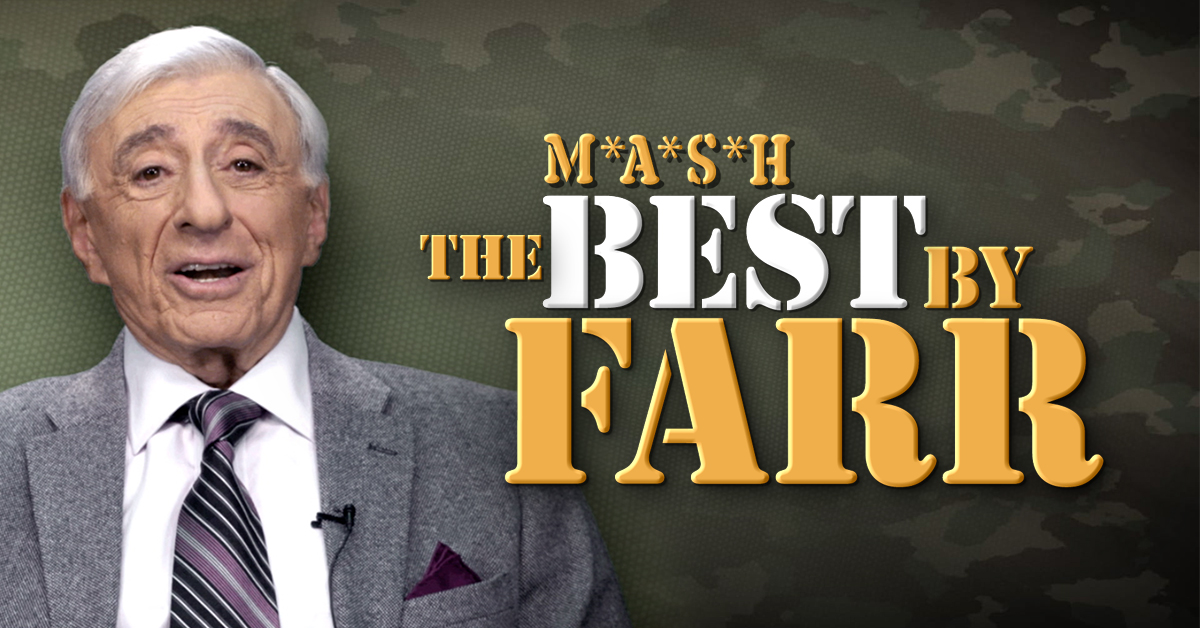 Jamie Farr, who portrayed the beloved Corporal Max Klinger on M*A*S*H, selected his 18 favorite episodes of the groundbreaking sitcom. In the exclusive videos below, Farr shares cherished M*A*S*H memories as he explains why he picked each episode. 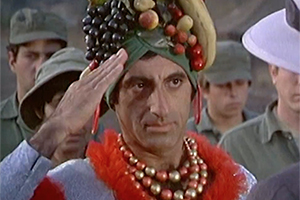 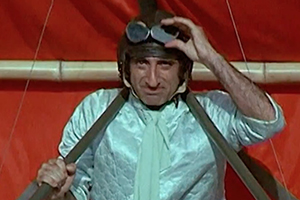 Episode: "The Trial of Henry Blake" 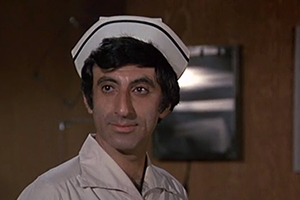 Cramped quarters and Corporal Klinger’s eccentricities in "Crisis" continue to crack Jamie Farr up as he reminisces on the episode. 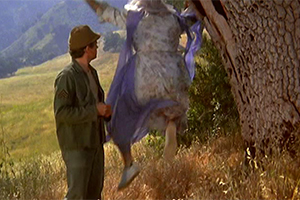 Klinger, marriage and broken high heels — Jamie Farr speaks about why "Springtime" is one of his fondest M*A*S*H memories. 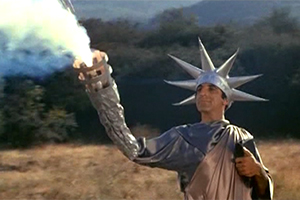 Klinger dressed as the Statue of Liberty elicits a salute from General MacArthur! But nothing could prepare Jamie Farr for fan reactions after the episode aired.

6. The Surprise of “Abyssinia, Henry” 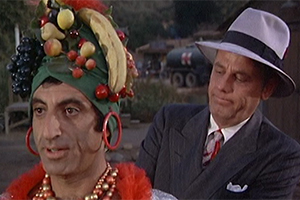 Jamie Farr explains why the shocker in "Abyssinia, Henry" was a surprise to the cast as well as the viewers. 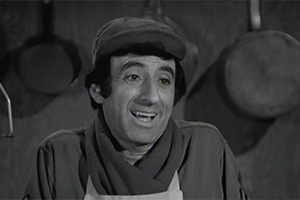 Jamie Farr discusses how he enjoyed the ad libbed nature of “The Interview.” 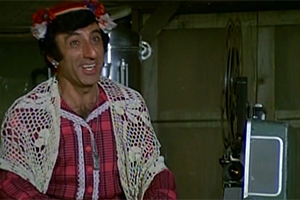 Those jabs at Father Mulcahy weren’t in the script! In another ab libbed moment, the cast spontaneously came up with dialogue in "Movie Tonight." 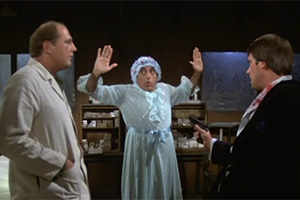 When Klinger is taken hostage by a wounded soldier who wants to go back to Toledo, hilarity ensues. Jamie Farr cracks up remembering how his character did all he could to be held at gunpoint. 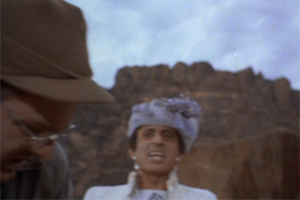 Jamie Farr talks about the pressure of shooting one-take episode “Point of View.”

11. A new prankster joins the crew 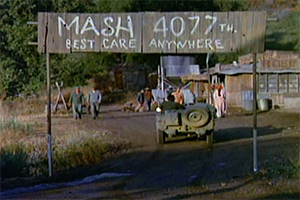 The transition from season three to season four was a time of significant change for M*A*S*H. Most notably, Henry Blake perished after leaving the 4077th in the season three finale, but Trapper John departed, as well. So, a new wildcard was needed on the cast. "It was the introduction of Mike Farrell as B.J. Hunnicut, a new character," Farr says. Indeed, Farrell proved to be the perfect sidekick for Hawkeye's antics, leading to their tender goodbye years later in the series finale.

12. Another hello and goodbye 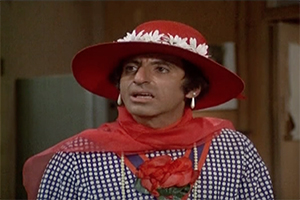 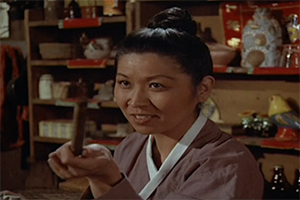 Episode: "A Night at Rosie's"

Prior to season ten, Rosie, the local Korean businesswoman who runs a watering hole for the G.I.s, had appeared in two early episodes, played by a different actress each time. In the tenth season, however, Eileen Saki permanently stepped into the role for eight appearances, making her one of the more memorable minor characters of the later years. In this gem, an all-out brawl breaks out in her bar. "I love the fight scene that we had," Farr told us. "It reminded me of the old John Ford, John Wayne fight pictures."

14. Picking up from Radar 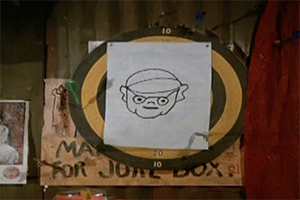 Radar O'Reilly's departure left another pair of big shoes to fill. In this season eight tale, Klinger steps up to become the company clerk. It's a challenge to say the least. According to Colonel Potter, he succeeds "with all the efficiency of a one-legged man at a butt-kicking contest." M*A*S*H was always wise to balance its tears with laughter. 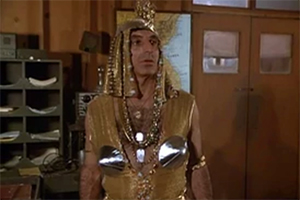 "That was a time I dressed up as Cleopatra," Farr remembers. "Next to the Statue of Liberty, it was probably one of my most outrageous outfits." We have to agree. Sporting a metalic bra on 1970s television certainly stands out. Eat your heart out, Madonna.

16. A slight detour from Toyko 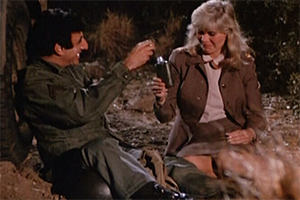 In later seasons, Loretta Swit's character became more Margaret Houlihan than "Hot Lips." The lead female role was explored with more depth, and few episodes dug deep into the character's psyche like this one. With the help of Klinger, Margaret tries desperately to get to Tokyo for her birthday. Of course, not everything goes as planned, leading to some tense moments, before the two characters share a touching toast.

17. Farr behind the camera 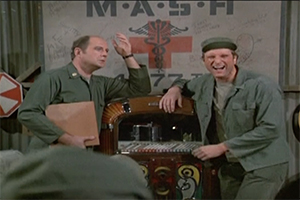 "This was my directorial debut!" Farr points out with pride. He is right to be proud, as the hilarious episode involved an ingrown toenail, a jukebox full of Mahler, and Colonel Potter's troubled friend. 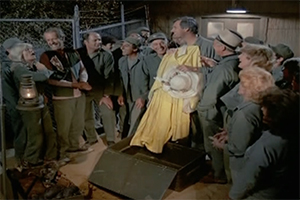 Episode: "As Time Goes By"

As M*A*S*H began to wrap up its long run, the cast and characters began to look backwards. In this charming episode, Margaret looks to put together a time capsule. Naturally, Radar's teddy bear goes in the box, along with one of Klinger's dresses. 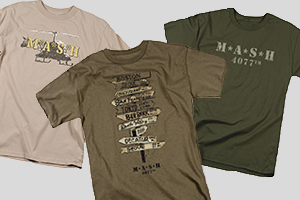 Rep the 4077th in style with a M*A*S*H T-shirt from the MeTV Store! Click here to purchase your M*A*S*H gear!

BillEllis 4 months ago
My forever favorite TV show. Still watch every day. I also have the ENTIRE DVD collection.
Like Reply Delete

RedSamRackham 18 months ago
* The episode where the fake lawyer was going to help Klinger get his discharge should be included! ☺
Like (1) Reply Delete