Daniel Boone arguably had the most fascinating cast

What do a sewing NFL star, a sausage kingpin, a Bond villain, and Gumby all have in common? This 1960s adventure series. 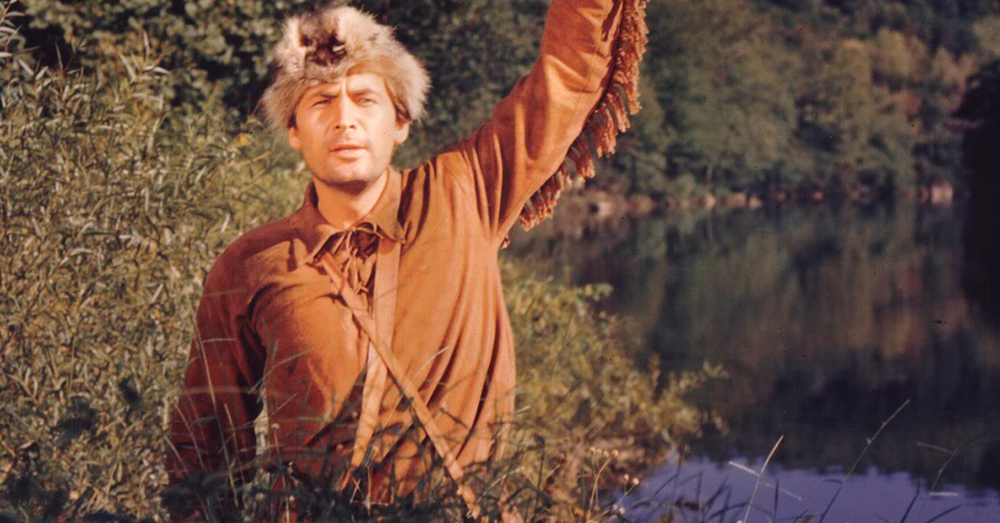 Share
On September 24, 1964, Daniel Boone first stepped onto TV screens, clad in rawhide shoes and a coonskin cap. As the theme song proclaimed, he was the rippin'est, roarin'est, fightin'est man. No wonder that in a prime time television lineup stuffed with cowboys, Boone was able to ride (well, walk) for six seasons and 165 episodes.
Boone was an American folk icon, but part of what made the adventure show such a success was its cast. The stars of Daniel Boone had some fascinating extracurricular activities that reached far beyond the frontier. There was a sewing NFL star, child actor success stories, a sausage kingpin, and the voice of Gumby. 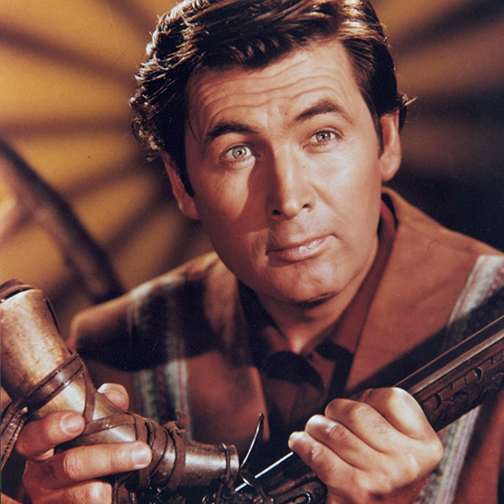 Do you often confuse Daniel Boone and Davey Crocket? No wonder — Fess Parker portrayed both. After spending much of his career under a coonskin cap, Parker later became a successful winemaker. His Fess Parker Winery served as a memorable location in the 2004 film Sideways, dubbed Frass Canyon, where Paul Giamatti's character pours an entire spit bucket of merlot into his mouth. 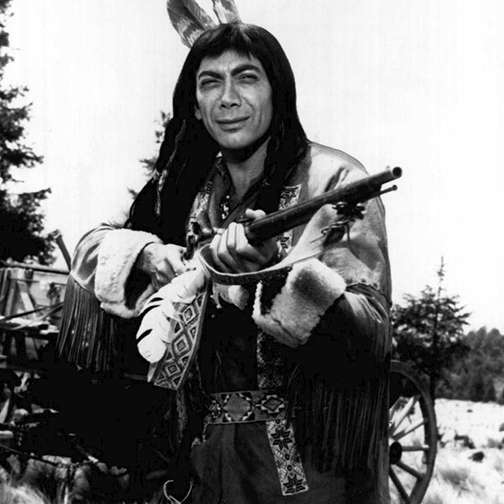 Ames' skill with a tomahawk was no act. The actor who played Mingo made one of the more memorable appearances in the history of The Tonight Show, when Carson asked him to demonstrate his skills with an axe. While working, the actor attended UCLA. Part owner of the Phoenix Suns, the crooning Ames also landed a handful of pop hits with sad ballads like "My Cup Runneth Over." 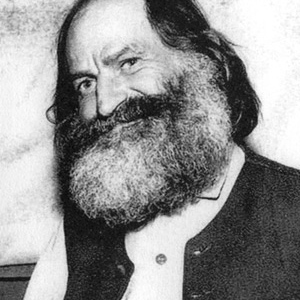 With his bushy, grizzled beard, McKennon was the picture perfect actor to portray Cincinnatus. Looking at him, it's hard to image that he was also the voice of Archie in the Filmation cartoons — as in the comic book teen who sang "Sugar, Sugar." He also voiced Gumby. 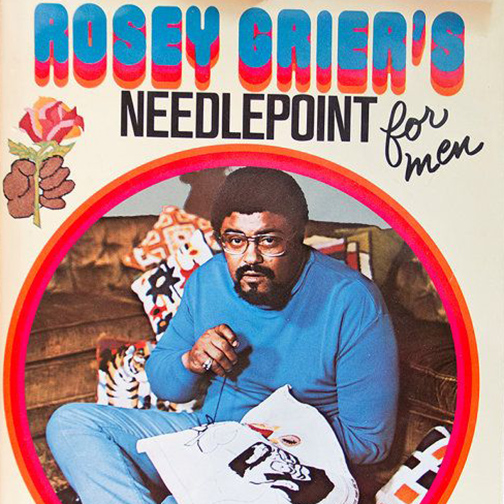 The Penn State standout became an NFL star for the New York Giants and Los Angeles Rams. An anchor of the "Fearsome Foursome," the defensive lineman terrorized offensives. He also was mean with a needle. After playing Gabe Cooper in the final season of Boone, he published the book Rosey Grier's Needlepoint for Men in 1973. 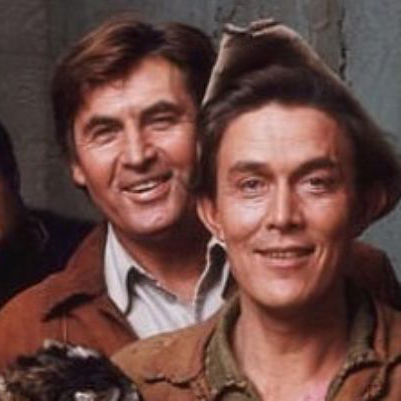 Sausage mogul, James Bond villain, member of the Country Music Hall of Fame. Now that is a one-of-a-kind resume. His "Big Bad John" topped the Billboard pop charts in 1961. Not long after, his variety showcase The Jimmy Dean Show provided an early platform for Jim Henson, who operated his Muppet Rowlf the Dog alongside Dean. 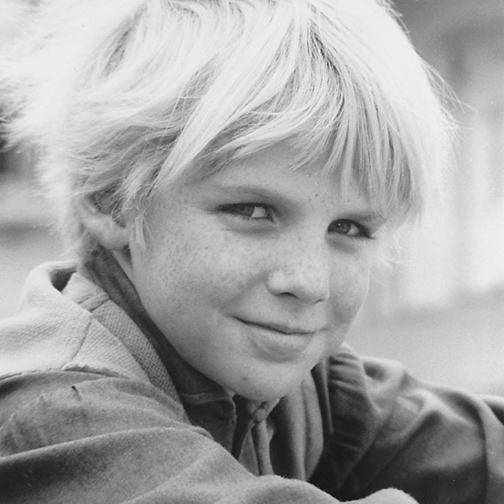 The child actor began working at the age of 6… months. Jayne Mansfield held the baby Hinton in her arms. Not a bad first gig. A handful of years later, his mother dropped him off for an audition for The Sound of Music. Hinton wandered into the wrong line of children and nabbed the role of Israel Boone instead. The California native has been on television since, most recently in the History Channel epic Texas Rising. 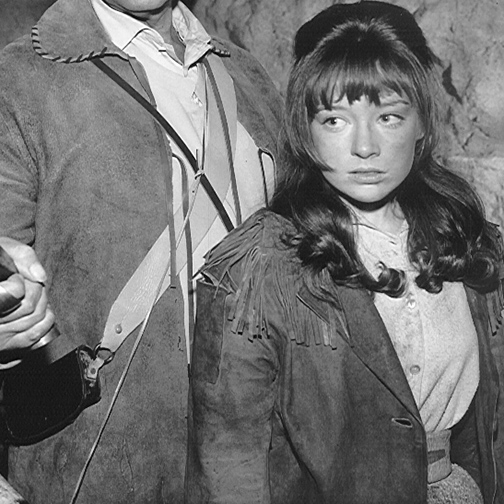 While Cartwright played Daniel Boone's daughter, her younger sister explored the cosmos as Penny on Lost in Space. The elder Cartwright would get her chance to see the stars. In 1978 she was cast in Alien, and was initially set for the lead role of Ripley. Sigourney Weaver's late casting bumped Cartwright to the role of Lambert, the navigator. She's still fantastic, and at least gets to live to almost the end. More recently, she's appeared on record covers for the disco-pop band Scissor Sisters. 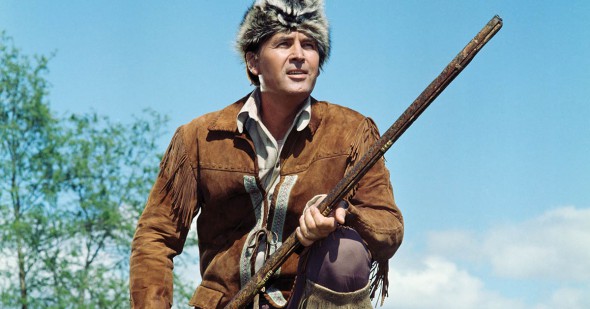 Did you know?
8 rippin’, roarin’ facts about 'Daniel Boone' 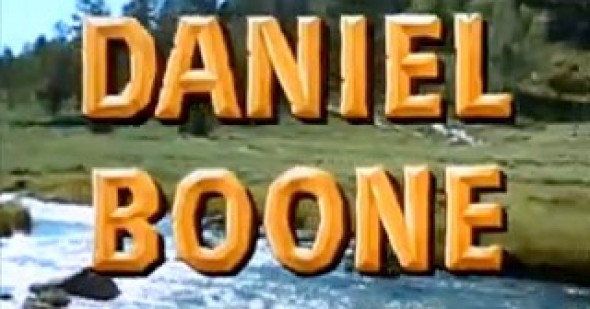 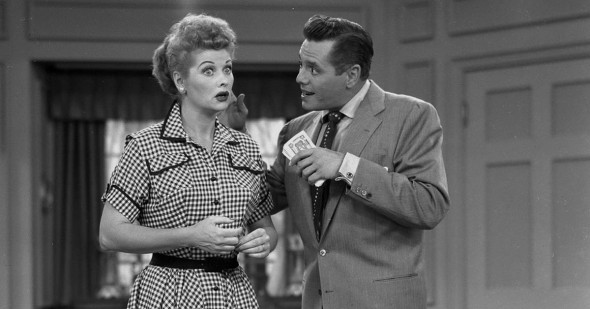 anniversaries
Fascinating stats for the 'I Love Lucy' anniversary
Are you sure you want to delete this comment?
Close