Where To Watch Shop Store Contact
Home / Stories / A brief history of how the laugh track shook up TV's best shows
Did you know?

Canned laughter dominated TV comedies from the 1950s to the 1970s. 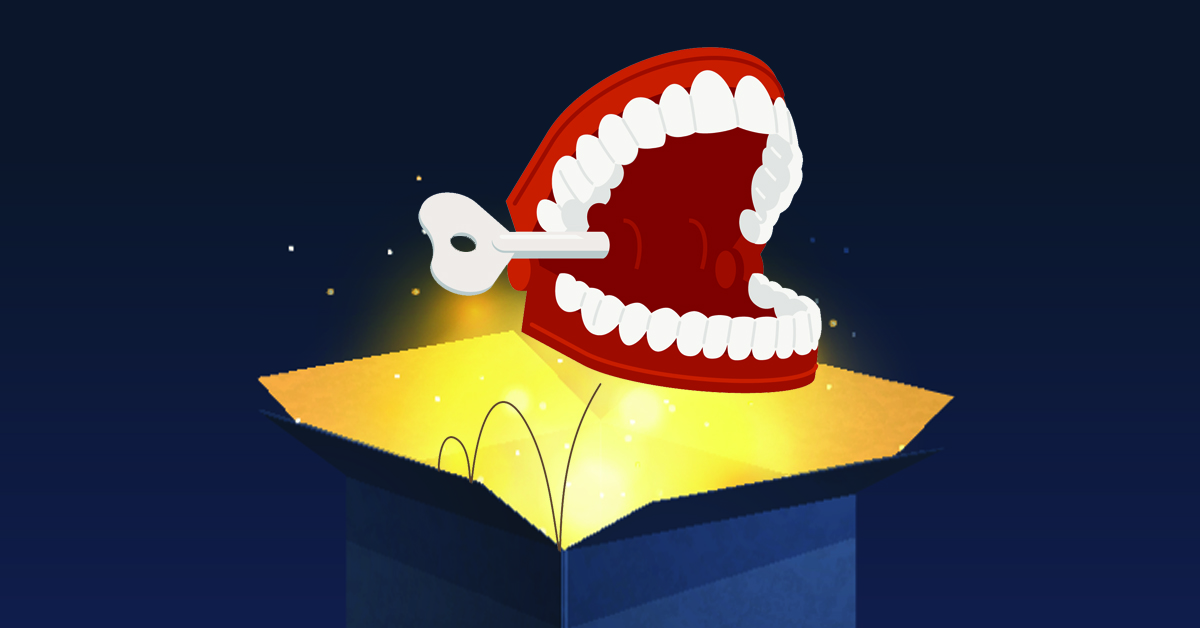 When the laugh track was introduced to TV audiences, it was in a way, an evolution away from treating television like live radio or recorded theater. The laugh track, for all its eventual criticism, added a dimension to TV that by the 1960s was sorely needed. It was a solution to the problem of actors doing multiple takes to nail a line, after which studio audiences had, at best, stale laughter.

What “Laff Box” inventor Charles Douglass did to solve this problem led him to a monopoly on the canned laughter business, because unlike previous attempts made with laugh records — laughs that could eventually sound like a broken record, if repeated too often — he got a little bolder.

In the late 1950s, Douglass basically modified a typewriter that could then be noodled on to orchestrate laugh tracks, more like a church organ player than a court stenographer. In this way, he could create symphonies of unique laughter, blending his mixes by age, gender, guffaw or giggle. 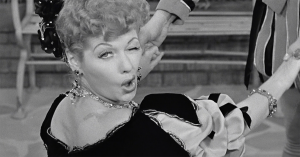 Did you know?
12 tiny little goofs you never noticed in 'I Love Lucy'

The laugh track’s astounding impact on TV history is documented as part of a popular new 2017 book, Hit Makers: The Science of Popularity in an Age of Distraction, which is chock-full of classic pop culture references and helps to explain why certain shows took off while others never even made it to the screen.

Below, we trace the history of the laugh track’s most defining moments and indulge in a knowning chuckle at how it changed classic TV shows. 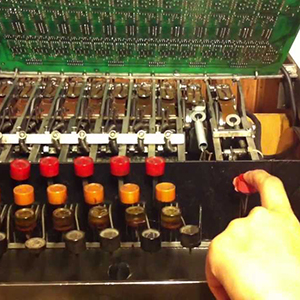 The laugh track actually has its origins in radio. Producers for Bing Crosby’s show had begun using new technology to record after Jack Mullins introduced his Magnetophon tape recorder in 1946. The birth of the laugh track was credited to a comic on Crosby’s show, Bob Burns, who drew big laughs, but his jokes were unusable on air.  The laughs lived on after Crosby’s scriptwriter Bob Morrow insisted they keep them, then add them in to a less funny episode. TV studios know a thing or two about that strategy. 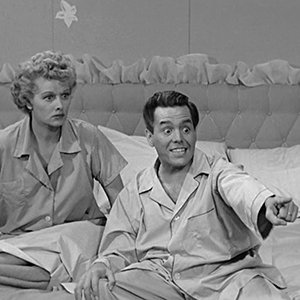 I Love Lucy is an influential show for countless reasons, but add to that the ingenuity Lucille Ball and Desi Arnaz showed in figuring out how to use multiple cameras to do their show in front of a live studio audience. Like the star herself, when Lucy gets a laugh on her show, you can be sure it’s the genuine article. 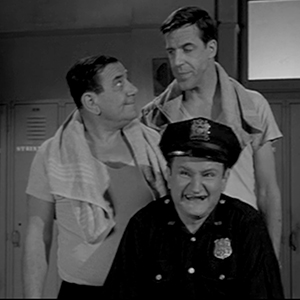 Car 54, Where Are You? series creator Nat Hiken was less enthused than others about the laugh track in the 1950s. To get the laughs he sought for, he turned to episode screenings as a source, instead of Douglass and his famed “Laff Box.” The audiences who attended the screenings would be recorded, then those laughs would be mixed into the episode soundtrack. In that way Hiken ensured his talent earned each and every “Ha!”

Hogan’s Heroes put the laugh track to the test 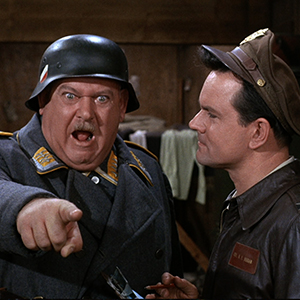 In 1965, CBS broadcasted an episode of Hogan’s Heroes without a laugh track to see if its comedic qualities could stand on their own. Turns out, it couldn't. Studio heads blamed the show for being too smart, but the test showed audiences preferred the episode with the laugh track to the one without. That was all it took to seal the deal for CBS, who used laugh tracks across all their comedies from then on as a result.

The laugh track gets too intrusive 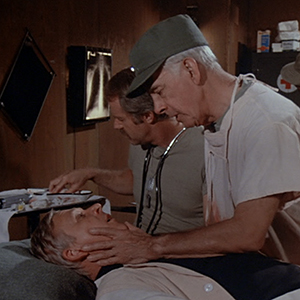 As TV tastes changed heading into the 1970s, more dramatic shows appeared in network lineups. This included series like M*A*S*H, where the laugh track seemed to introduce more discord than it inspired delight. Actor Alan Alda says that’s why they notably cut the laugh track entirely from every operating room scene on M*A*S*H.

The kids got in on laugh tracks, too 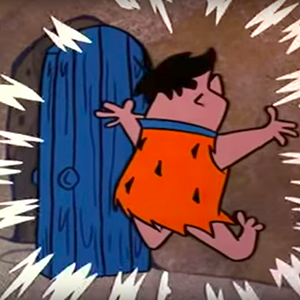 Although siblings Sid and Marty Krofft created the first kids show that aired with kiddie laughs added — The World of Sid and Marty Krofft at the Hollywood Bowl, a live show from 1973 — it was primarily cartoons that sustained its popularity in kids programming. Classics from The Flintstones to The Jetsons started relying on Douglass’ machine, including Saturday morning cartoons like Space Ghost and The Archies, all of which sweetened the laughs that went along with kids’ sugar cereals.

The Muppets prove that canned laughter sometimes came from the crew 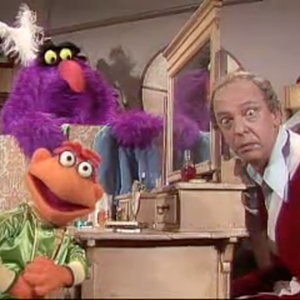 Another creative genius who rejected the ubiquitous laugh track’s regurgitated qualities was The Muppet Show creator Jim Henson. So he just created his own, sampling laughs from cast and crew as they viewed and responded to raw footage. The effect of this created a surprising impact on audiences, who assumed the laughter was real and begged to be invited to be part of a live audience that never existed.

“Recording before a live studio audience,” the world’s first humblebrag? 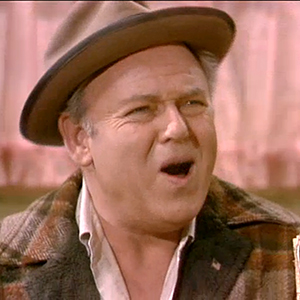 When series creator Norman Lear started working on All in the Family in 1971, he saw the studio audience as essential as nearly any cast member. He refused to use canned laughter at first, allowing jokes to stand for themselves, succeed or fail. Lucky for him, it was the former. All in the Family is noted as a show that signaled to networks that fake laughs were a thing of the past, as it proudly proclaimed after the credits rolled on each episode until the last few seasons, “All in the Family was recorded on tape before a live studio audience.”