Mary, Rhoda, Maxwell Smart, the Bradys and Gilligan were on screens well into the 1990s. 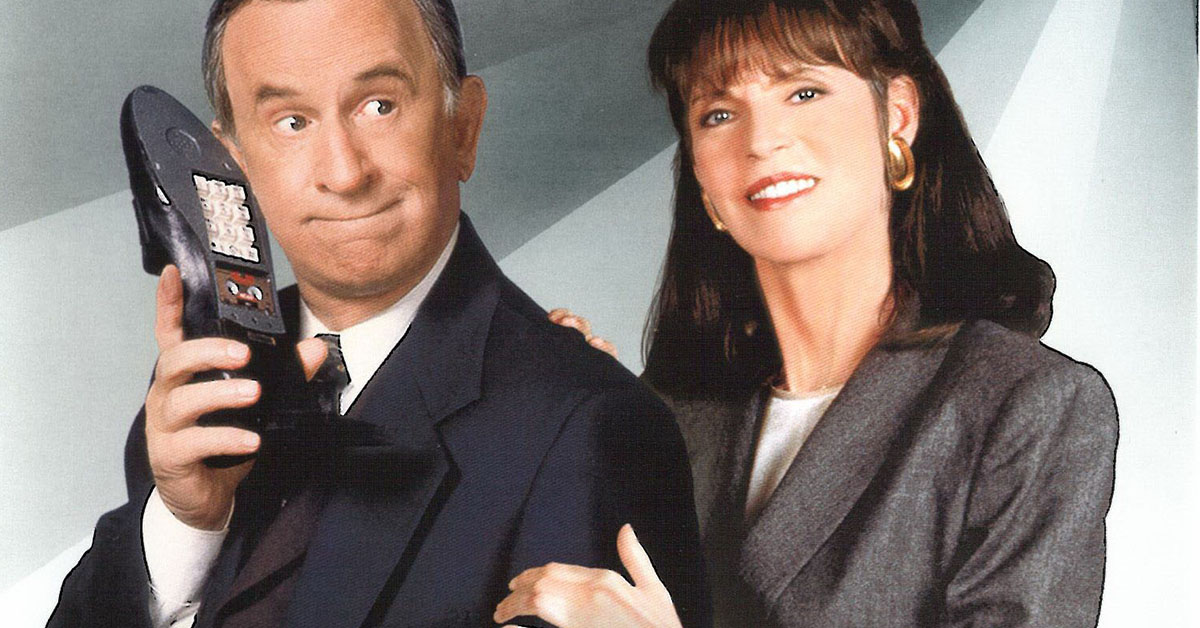 Top image: Don Adams and Barbara Feldon in Get Smart (1995) for Fox Television

We don't begrudge actors for returning to their beloved characters. Heck, the Stones and Who are still rocking.

Several stars of classic television — a large chunk of them, really — have revived their characters in reunions, specials and guest spots. Here are nine cases of cherished characters returning to the screen years after the heyday of their shows. 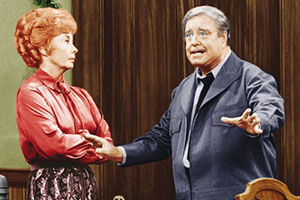 In 1976, the Honeymooners booked a second honeymoon to celebrate their 25th wedding anniversary. The hour-long special would be the first of four, followed by a Valentine's comeback and a couple Christmas comedies. Of course, The Honeymooners had been seen in color already, throughout the 1960s on The Jackie Gleason Show (also known for a time as American Scene Magazine). The comedy legend had moved his operations to Miami Beach, and while Art Carney would pop in to play Norton, the wives were rotated. Sheila MacRae and Jane Kean played Alice and Trixie in the 1960s; Audrey Meadows would return to Gleason's side in the '70s specials. 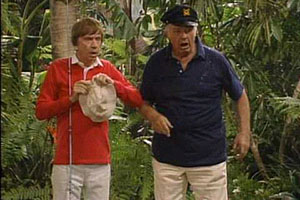 In 1978, the castaways finally got off the island in the made-for-television movie Rescue from Gilligan's Island. Naturally, their time on the mainland was short lived. The entire cast except for Tina Louise returned for that voyage. A year later, the gang shot another film, The Castaways on Gilligan's Island, which was intended as a pilot for a full revival. While that never happened, we did get one more flick, the bizarre The Harlem Globetrotters on Gilligan's Island, which featured the titular basketball squad, another new Ginger, Martin Landau and a robot named George. Beyond that 1981 oddity, Alan Hale, Jr. wore his Skipper threads in various commercial ventures. Denver dressed up as Gilligan as recently as 1997, for an episode of the Bronson Pinchot sitcom Meego. 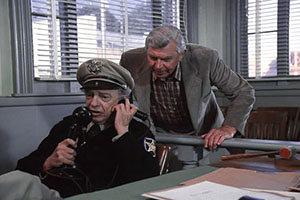 Griffith, Knotts, Ron Howard (with a mustache), Jim Nabors, George Lindsey and just about all of Mayberry returned for the appropriately titled Return to Mayberry. The film was the highest rated television movie of 1986, and its success could have led to a full revival had Griffith not been locked into the first season of Matlock.

4. Erik Estrada and Larry Wilcox as Ponch and Jon 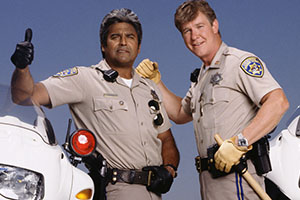 By the end of CHiPs, Jon had wandered off the Wyoming while Ponch had a new partner. Ah, but who needs continuity? In this turn-of-the-millennium comeback, it is Ponch who is returning to the CHP to help his old partner, who is now Captain Baker. 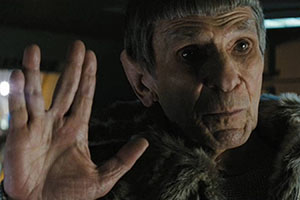 Shatner's Kirk was last seen in the baton-passing film Star Trek: Generations. Thankfully, we were treated to more Spock in J.J. Abrams' reboot film. Walter Koenig is the most recent Enterprise crew member to reprise his character, though in an unofficial movie, Renegades. Let's get Kirk back on the big screen again one more time, please. 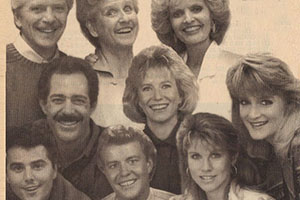 Were you aware the Bunch returned for an entirely new TV series in the 1990s? We don't blame you if you missed it. The Bradys ran for a mere month at the start of the decade. Newcomer Leah Ayres filled Marcia's shoes, but the rest of the family (and housekeeper) came back. Part of the issue, beyond the odd smooth-jazz version of the theme song, was the show's shift in tone and time — it was now a more dramatic hour. Bobby was a paraplegic race car driver, Jan had adopted a child and Cindy was a radio deejay.

7. Mary Tyler Moore and Valerie Harper as Mary and Rhoda 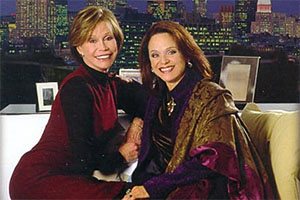 Nearly two decades after Lou Grant left the airwaves, we returned to the world of The Mary Tyler Moore Show with the 2000 film Mary and Rhoda. The plot revolves around the two besties returning to New York after losing their husbands in Europe (rock climbing accident, divorce). 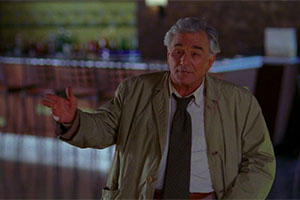 While lumped in with the final "season" of Columbo, "Columbo Likes the Nightlife" hit screens 32 years after the series premiere. Just how 2003 was this 2003 mystery? The detective investigates the rave scene. The poor lieutenant hadn't been promoted in over three decades, despite his talents. 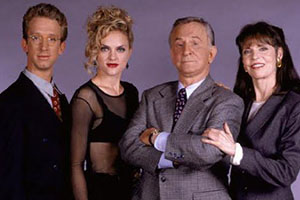 Maxwell Smart, now Chief of CONTROL, and Agent 99, again portrayed by Barbara Feldon, mentor their son, Zach (Andy Dick). The shoe phone was back, too, though perhaps not as much of a marvel. Who did not return? Mel Brooks and Buck Henry, notably. That could explain why the show was ranked 133rd that 1995 television season. 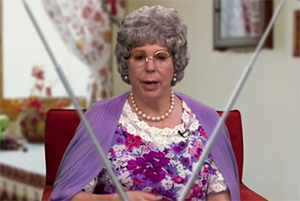 We are responsible for this one, as Harper graciously appears in a series of funny promos for Mama's Family on MeTV.

MichaelPowers 20 months ago
Hugh O'Brien who played famous lawman Wyatt Earp on "The Life and Legend of Wyatt Earp" (1955~1961) returned to that role several times.
He played Wyatt on a two-part episode of the TV western "Paradise in 1989."
He did a cameo as Wyatt in "The Gambler Returns" The Luck of the Draw" in 1991.
And once again in the 1994 TV movie "Wyatt Earp: Return to Tombstone."

Gene Barry was the guest star with Hugh on that two-part "Paradise" episode reprising his role of western lawman Bat Materson (1958~1961).

Raymond Burr who played "Perry Mason" on the 1957~1966 TV series would return as Mason in a whopping twenty-seven TV-movies.

William Conrad who played former detective and now private investigator Frank Cannon on "Cannon" from 1971~1976, played the p.i. again on the TV-movie "The Return of Frank Cannon" in 1980.

HerbF 21 months ago
NBC wanted to order a second "Return to Mayberry" TV Movie, set at Christmas, but Andy turned them (and a lot of $$$) down.
Like Reply Delete

RedSamRackham 21 months ago
* Andy Dick a bad choice as son of Maxwell Smart. Gilbert Gottfried would've been better. ☺ On final Honeymooners special Ralph finally got promoted to Traffic Manager BUT it would've indeed been great if a young lady working in office would've been revealed as his adopted daughter who he and Alice had to give back to the real mom. ☺

TheFanFromUNCLE 21 months ago
How about Robert Vaughn and David McCallum in Return Of The Man From UNCLE or Robert Conrad and Ross Martin in the two Wild Wild West movies?
Like (1) Reply Delete