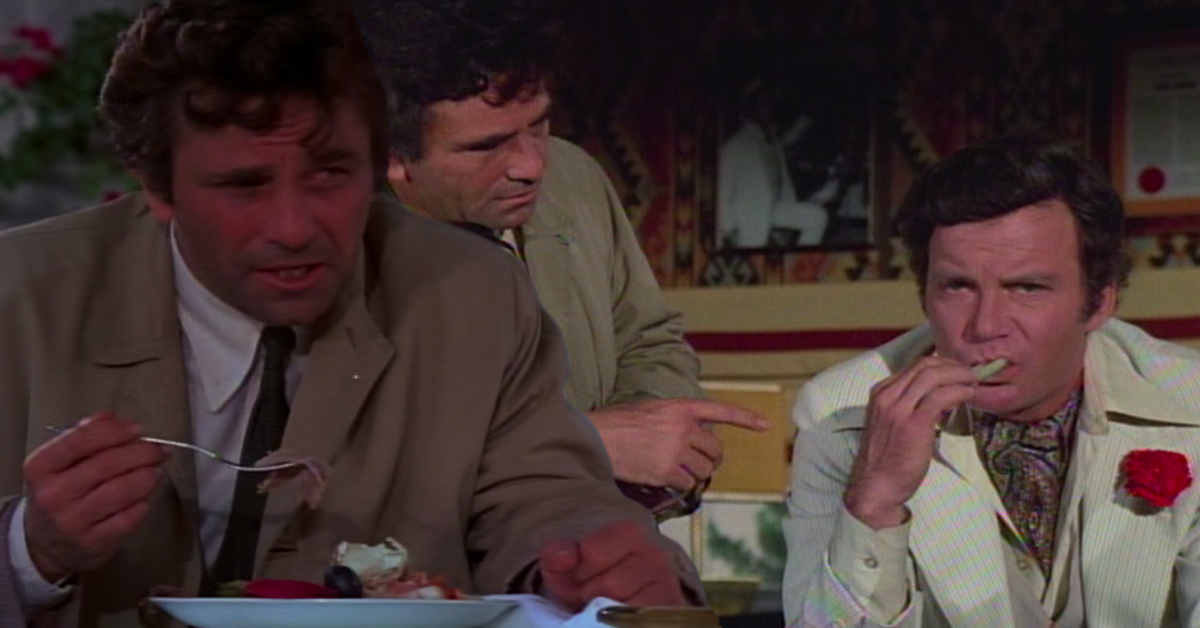 Over the course of 10 seasons, Columbo was always on the case, and that sometimes meant he had to eat on the run. From packing hard-boiled eggs in his coat pocket to picking hors d'oeuvre off trays at parties he's crashing while looking for clues, the detective seemingly rarely met a plate of food he didn't like.

Columbo superfan Jenny Hammerton picked up on this part of Columbo's nature and honed in on it for a new cookbook she's released this year, Cooking With Columbo: Suppers With the Shambling Sleuth. The cookbook is part episode guide and part recipe book, making it basically like a dinner-and-a-movie concept but with a hyperfocus on appreciating all the nuance that goes into crafting episodes of Columbo. 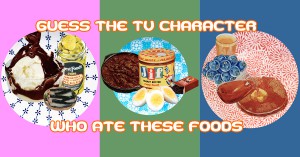 Can you guess which TV character ate these foods?

Stay with us because this cookbook is a concept, but for big fans of classic TV like us, we think it's a concept that's well worth sharing. Hammerton set up her cookbook by selecting star-studded episodes of Columbo, then tracking down recipes that those celebrity guest stars had published in cookbooks, magazines, and elsewhere.  As you read through the cookbook, you get a neat and attentive fan assessment of the episode, which is then connected to the recipe that Hammerton has paired with that given episode. Sometimes it's a recipe from the guest star, other times it's a recipe that was eaten in the episode, and sometimes the stars align and it's both.

We got a kick picturing stars like Dick Van Dyke and William Shatner donning chef hats to show us how they like to prepare their favorite chicken and steak dishes. Below, we've highlighted some of our favorite recipes we found paging through Hammerton's unique book, which offers fans a unique twist on experiencing this classic show, whether that's with a bowl of Johnny Cash's chili or Leonard Nimoy's bizarre banana-potato dish.

There are several recipes in the book from Columbo star Peter Falk, giving you a peek into the TV star's kitchen to see how he likes his veal (scallopini), spare ribs (Chinatown style) and pork chops (loaded with pickled peppers). But perhaps the tastiest is the first recipe Hammerton shares, which she pairs with "By Dawn's Early Light," an episode where Patrick McGoohan plays a stern Colonel at a Military Academy.

In the episode, the joke is McGoohan's character is trying to keep his uninvited guest from eating the cafeteria-style dinner. So Hammerton suggests Peter Falk's pumpkin lasagna, which is much more filling than the bread Columbo steals at the end of the episode. In case you're curious, Columbo suggests you use fresh pumpkin puree and jumbo shell pasta, instead of traditional lasagna noodles and stuff from the can. 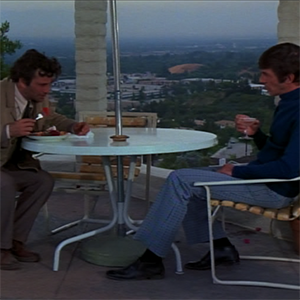 Leonard Nimoy showed up on Columbo in 1973 as a sinister surgeon, and in the episode, Columbo crashes his house party, where he sneers at a salmon appetizer being shared and instead heaps a plate from the buffet. It features a great scene where Columbo's sniffing out Nimoy's character that sees him stuffing his face through their entire exchange.

It's fitting that Nimoy himself never touches a bite of food in the scene because the recipe that Hammerton dug up from the Star Trek star sounds basically inedible. It's a collaboration with the founding chef of fancy California celebrity hangout restaurant Chez Jay, who apparently used to be Nimoy's roommate. Anyway, together they cooked up a recipe that combines potatoes, chicken fat, meat extract and paprika with bananas, and Hammerton notes that those who braved a taste test confirmed it was, "Interesting but would not try again." Sorry, Spock. Maybe stick to more logical ingredient combos! 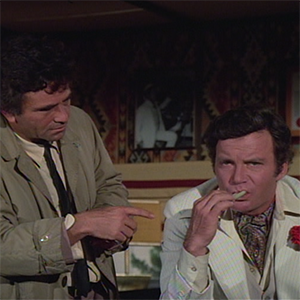 There are actually a handful of recipes from William Shatner included in Hammerton's cookbook. But we liked thinking of Captain Kirk in the kitchen with this awesome-sounding sirloin steak recipe that Hammerton suggests you chow down on while watching this episode that prominently features the other Star Trek star munching on celery sticks in his dressing room. In the episode, Shatner plays a TV detective who's being investigated by our favorite TV detective, Columbo. It's a spicy episode, so we agree, it requires all the paprika, chili powder and peppers that Shatner apparently likes to simmer his steak in. 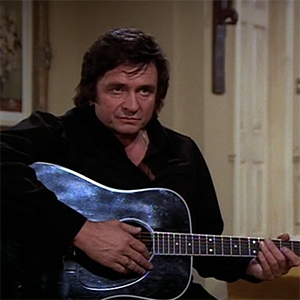 Hammerton notes in her book that people are most surprised when she tells them Johnny Cash once guest-starred on Columbo. It certainly was a pleasant shock to see the country legend playing a dishonest gospel singer in "Swan Song," which features yet another instance of Columbo helping himself to the communal pot at a party he's crashed. In this episode, though, it's chili, which is yet another one of Columbo's known favorite foods. He takes a big bite, only to learn the secret ingredient in this chili is squirrel.

Luckily in the recipe Hammerton tracked down from Johnny Cash, the ingredients remain unusual but avoids roadkill as a protein. Cash's chili features venison, four kinds of beans and beer. Here's another unexpected bad guy we saw on Columbo: Dick Van Dyke. In "Negative Reaction," Van Dyke plays a photographer who's not interested in hearing Columbo's perspective on his case one bit. As you watch the two dance around Columbo's conclusion, cookbook author Hammerton suggests you eat a classic recipe she tracked down that comes from Dick Van Dyke: Chicken Florentine.

Van Dyke's chicken is a simple take on the classic, which should delight his TV fans, but it foregoes cheese, which we know Columbo never would've stood for. In fact, in the episode with Leonard Nimoy referenced above, when offered the salmon by an unsuspecting waitress, Columbo rejected the tray and asked specifically, "Got anything with cheese?"

silverscreensup 41 months ago
I have just discovered this WONDERFUL review of my book. Thank you so much! I thought your readers might be interested in my next project, a Murder, She Wrote cookbook with recipes by Angela Lansbury and many of her co-stars. Currently running a fun cookalong - http://www.silverscreensuppers.com/the-murder-she-wrote-cookalong - everyone invited! Thanks again - Jenny x
Like Reply Delete

Dario 41 months ago
Boy, everything sounds delicious in the article. MeTV should have listed more recipes. 🍽️🍖🍗🥗😁
Like Reply Delete