9 things that will surprise you about 'AfterMASH' 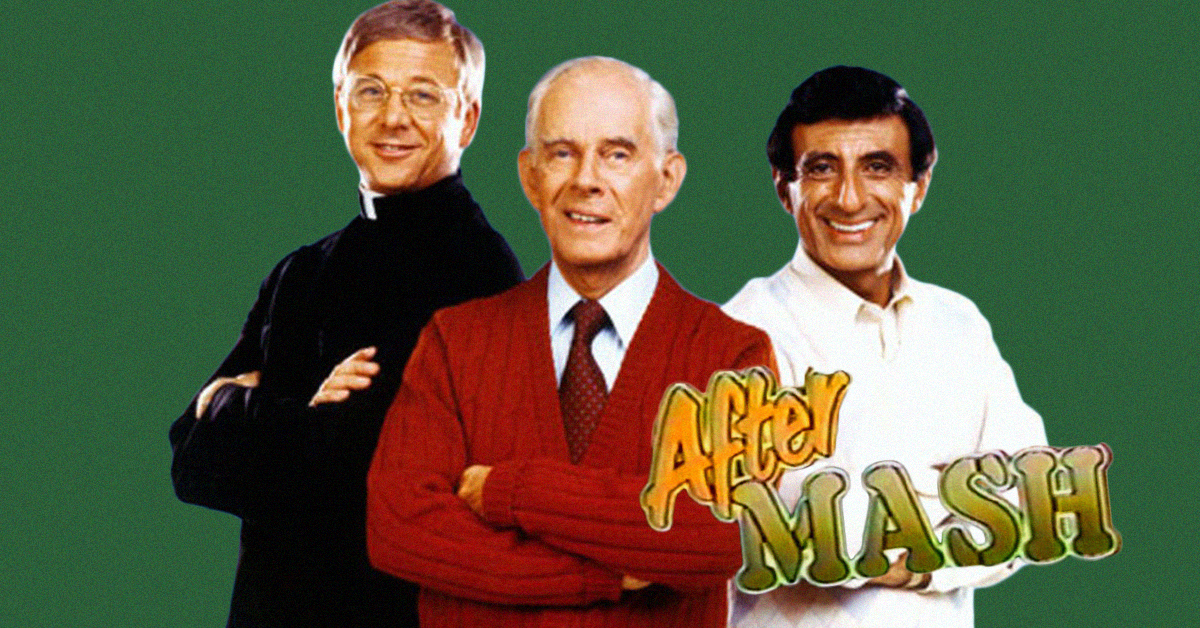 Few television shows in history are so derided. At the turn of the millennium, Time magazine called AfterMASH one of the 100 worst ideas — just in general — of the century. TV Guide branded it the seventh worst series of all time.

Look, AfterMASH had massive shoes to fill. What often goes overlooked is that, for a brief time, the spin-off actually did fill the footwear of the beloved Korean War dramedy. At least when it comes to drawing in viewers.

The premise was simple: After the war, Colonel Potter, Klinger and Father Mulcahy reunite to work at a veterans hospital in Missouri. Some familiar faces pop in from time to time. More than anything, the Mayberry-like sentimentality was out of step with the time. Here were old happily married couples going head-to-head with 1980s action heroes.

Let's take a look at some eye-opening facts about this much maligned sequel. 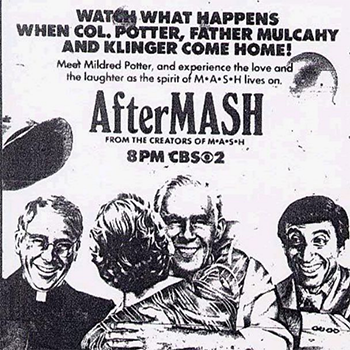 Yes, that is a ton of people. About 43% of the American populace in 1983, actually. The AfterMASH premiere was the most successful season opener of a new series since another notable spin-off — Laverne & Shirley in 1976.

2. It was a ratings hit in its first season. 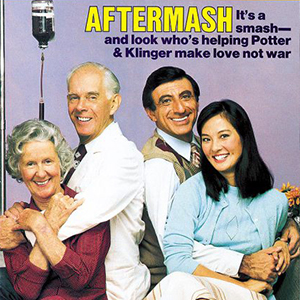 The momentum of both the M*A*S*H finale and the premiere led to fantastic ratings in its first year. AfterMASH was the eleventh highest rated scripted network show of the 1983–84 season, pulling in a 20.1 Nielsen rating. That's a huge number. Out of all the new series to premiere that season, AfterMASH was second only to Hotel. 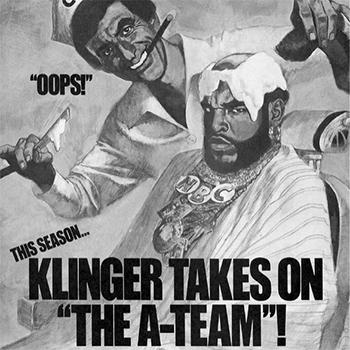 So that begs the question: How did it fail? After the first season, the network moved the series from its traditional Monday M*A*S*H slot to Tuesday evenings, putting AfterMASH head-to-head with The A-Team. In promotional ads, CBS teased NBC, showing Klinger shaving off Mr. T's iconic mohawk. Pity the fools who challenge B.A. Baracas. The A-Team crushed AfterMASH in the ratings, leading to a unexpected, swift death.

4. Alan Alda sent flowers to the first day of filming. 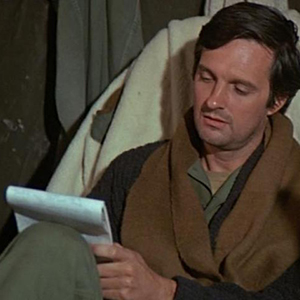 Even if the M*A*S*H star (and director) had no interest in reprising his role as Hawkeye, Alda was cheering on his friends. He wrote a note to go along with his goodwill bouquet that read: “Don’t forget, I want to see at least one of those moist eyes in every episode.”

5. Jamie Farr and Harry Morgan were two of the top 10 most popular TV actors at the time. 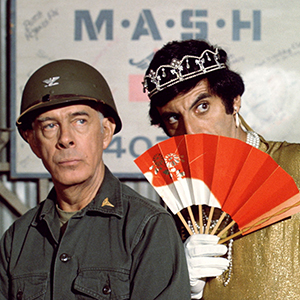 "Q Scores" have long been the measure of celebrity likeability. In 1983 TVQ ratings of small screen personalities’ appeal, Alda came out on top. That being said, Harry Morgan ranked at No. 2, while Farr landed at No. 10. 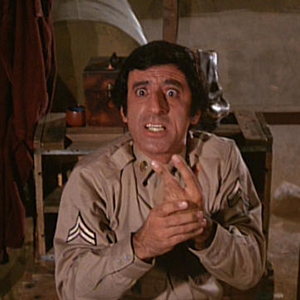 Farr explained to People that the genesis of AfterMASH occured during the filming of M*A*S*H. On set, Alda turned to Farr and asked, "Jeez, I wonder what happened to all those patients in post-op." A light bulb went off in Farr's head. "Of course, a veterans hospital! It’s never been done," he replied.

7. One idea was to have Potter and Klinger living together like 'The Odd Couple.' 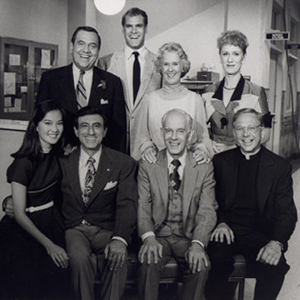 Farr pushed the VA hospital idea hard, but the producers and network were not biting. Three M*A*S*H producers turned down the concept. “They felt it would be maudlin,” Farr explained. The suits were more interested in a premise that would see Potter and Klinger sharing a home. See, it could have been worse.

8. Barbara Townsend had already given up acting twice.

Townsend was cast to play Mildred Potter, wife of Sherman. The actress had a fascinating history. She gave up acting in 1938 to marry. Her husband died on the destroyer Champlin in the Atlantic during WWII. She returned to work in New York City with bit roles on radio and television, but quit the profession again in 1958 to marry a doctor. The couple moved to Kenya. Sadly, her second husband died 10 weeks after relocating. She remained in Africa for years. She was replaced in the second season of AfterMASH.

9. Martin Short won a role on the show — but the producers told him he was too good for it. 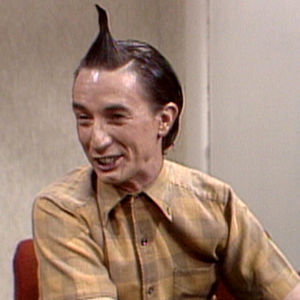 How's this for another fascinating "What if?" Series co-creator and writer Ken Levine shared this casting anecdote on his blog. Martin Short came in to read for AfterMASH. The comedian, naturally, blew everyone away. "We took him aside and said, 'Look, if you want the part, it’s yours. But honestly, this role might be too restrictive for you. You’re too talented and funny for this part,'" Levine admitted. Short passed and his character was eliminated. Funny enough, in 1999 the actor would poke fun at the show on The Martin Short Show. Ed Grimley says he never “got” M*A*S*H, but “AfterMASH is where it really started clicking for me.”

SEE MORE: 8 THINGS YOU MIGHT NOT KNOW ABOUT THE M*A*S*H FINALE 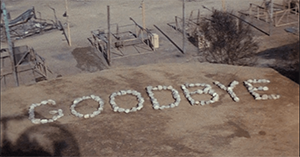 Learn more about the sensational end to the sitcom. READ MORE

pellinigroup 30 months ago
I always wonder why Jay Saunders abruptly left the series.
Like Reply Delete