After all those Funyuns and Manwiches, you needed a Tic Tac. 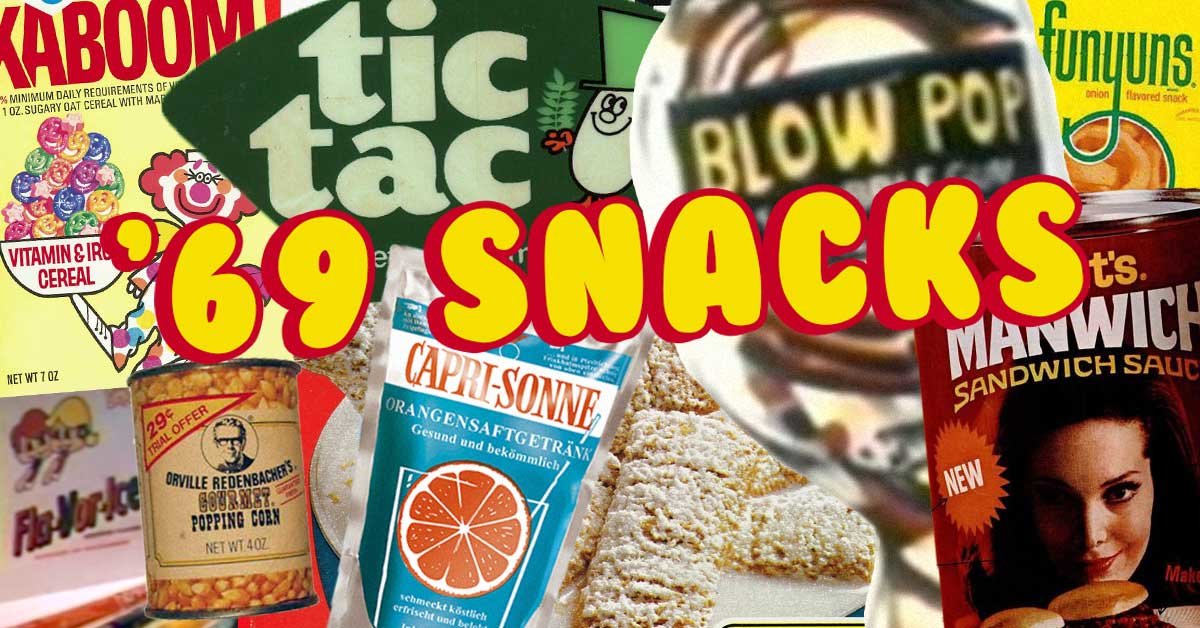 We went to the moon in 1969! Food science made some serious strides that year, too. Orange drink sealed in a silver pouch! Mints the size of tiny teeth! Bubblegum inside of other candy. Truly, it was a great year to feel snacky.

Let's look back at some popular candies, cereals, snacks and desserts introduced in '69. 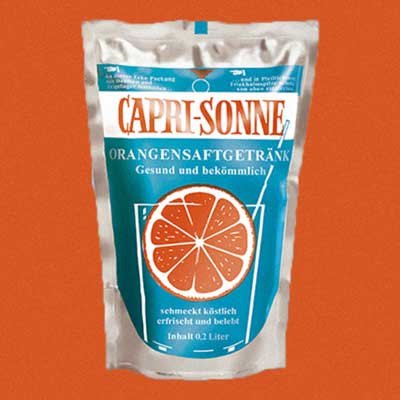 A staple of '80s lunchboxes, Capri-Sun feels like something from the Reagan Era. But when you think about it, a punctured silver pouch of liquid is an idea straight out of the Space Age. It was first sold in Germany under the name Capri-Sonne in two flavors — lemon and orange. 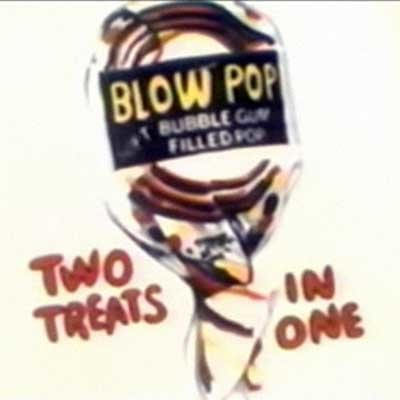 P.T. Barnum is credited with saying, "There's a sucker born every minute." Lollipops are not invented quite as often, but Barnum would have loved this sucker, what with its circus colors and two-in-one attraction. Candy and bubblegum on one stick! 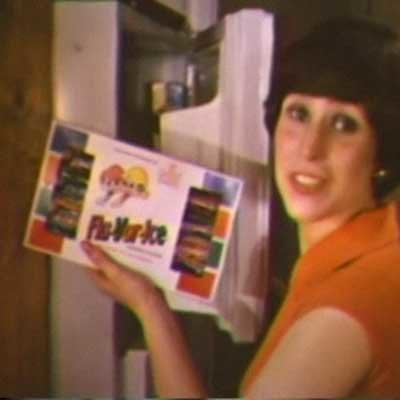 Pop-Ice predates Fla-Vor-Ice, but the latter, introduced in 1969, became the top-seller in the plastic-tube popsicle game. (Today, Pop-Ice, Fla-Vor-Ice and Otter Pops are all owned by the same company, Jel Sert, who corned the market in scissor-snipped frozen treats.) Everyone knows that "Blue" is the best flavor. Because it's blue. Raise your hand if you drank the room temperature liquid. 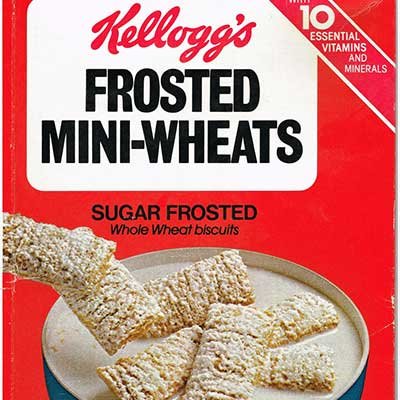 There were not so "Mini" in their original form, as you can see by the tumbling logs on this vintage box. The bite-sized versions were introduced in 1980. 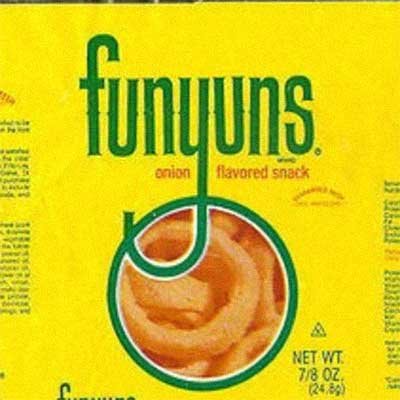 Launched alongside its sister brand Munchos, Funyuns became a popular alternative for the bolder vending machine user. Our office has been known to celebrate "Funyuns Fridays." 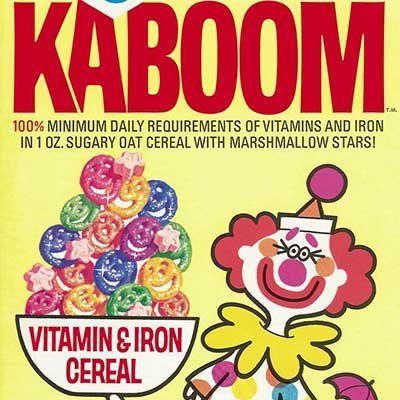 Okay, now here is a cereal that P.T. Barnum definitely would have adored. Dentists, too. With its bold colors, marshmallow stars and crunchy smiley faces, Kaboom was the sound of sugar slamming into your bloodstream. 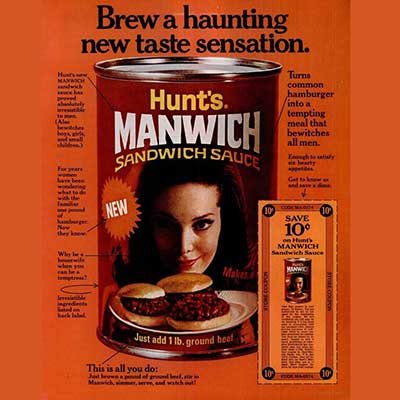 The sloppy joe became much easier to assemble thanks to Hunt's Manwich. We dig this original ad from Halloween season in '69. 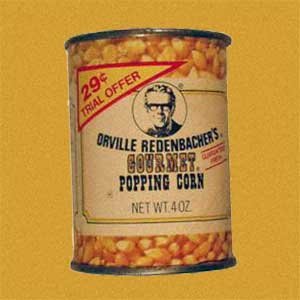 The pride of Valparaiso, Indiana, (take it from someone who grew up attending the town's Popcorn Festival) Orville Redenbacher premiered his "Gourmet Popping Corn" in cans. 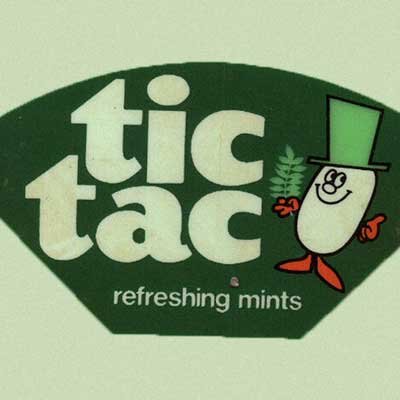 Now that we've downed all this food in 1969, we might need a breath freshener. Good thing Tic Tac came along that same year. 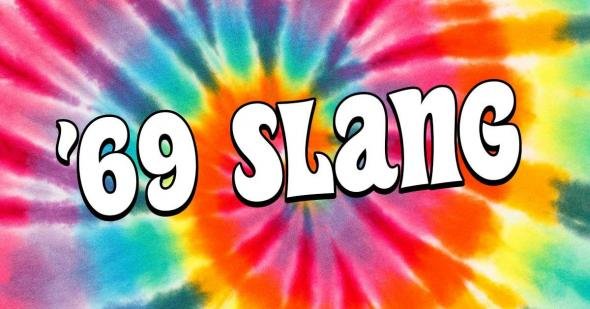 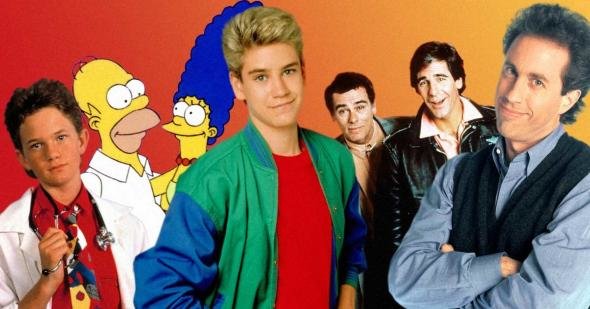 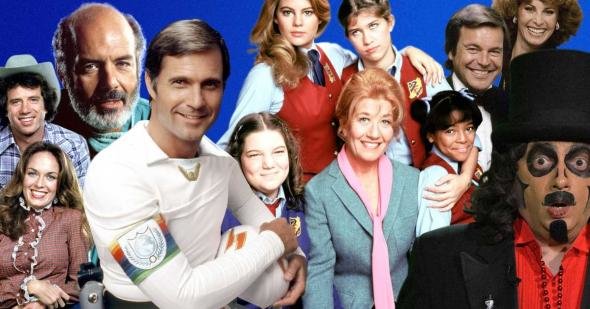 Nostalgia1970s2019TV
9 popular TV shows turning 40 years old in 2019
Are you sure you want to delete this comment?
Close

SheriHeffner 42 months ago
I love Manwich and Funyuns and I drunk Capri Sun and Flavor Ice, yes, lukewarm, And I still like Charms Blow Pops. Plus I seen the late Orville Redenbacher on the 1972 version of To Tell The Truth on Buzzr a few months ago
Like Reply Delete

Or drag a file here to upload
EG 44 months ago
Hands down, Frosted Mini Wheats are my all time favorite cold cereals.
Like Reply Delete