9 'firsts' that changed the television industry

The first birth, death and toilet happened on some of your favorite TV shows. 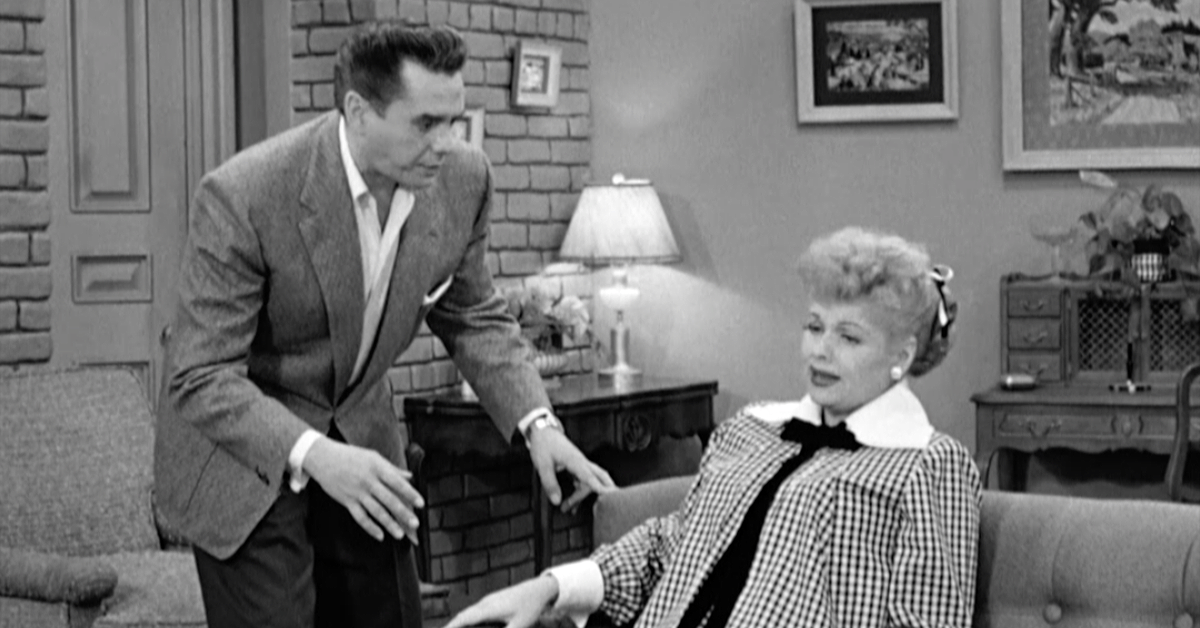 Since the first television broadcast in 1926, the television industry has come a long way it terms of what it deems as "acceptable" to broadcast. Back in the 1950s, when television exploded in popularity around the country, certain words couldn't be said and certain scenarios couldn't take place because they were too risqué to air. These taboos included words like "pregnancy," the concept of death and sharing the same bed.

It seems like such a long time ago, but a lot of these took place in our lifetime! Here are some of the television industry's biggest "firsts." They may not seem controversial today, but the producers and networks had to jump through a bunch of hoops to get these moments on air. 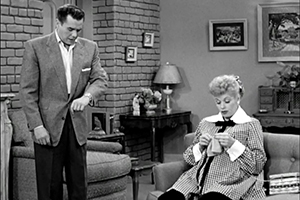 The birth of Lucy and Ricky's first child in January of 1953 had the entire country hooked. Almost 72% of homes with television sets tuned in to watch, which was substantially more than President Dwight D. Eisenhower's inauguration the next day.

Even though I Love Lucy had the first birth, it wasn't totally free from controversy. In the series, no one refers to Lucy as "pregnant," merely "expecting." 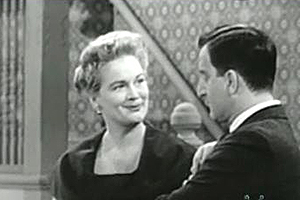 When Make Room for Daddy rebranded itself after the third season to The Danny Thomas Show, Jean Hagen left the show due to dissatisfaction with her character.

Suddenly, the producers had a dilemma with what to do with Hagen's character. Because it was the 1950s, having her get a divorce would prove to be too taboo. Naturally, the producers decided the safest route was to kill off the character. 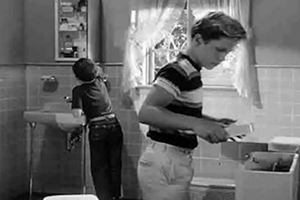 TV executives couldn't be more cautious in the 1950s. In addition to pregnancy and death being taboo subjects, so were bathrooms. The first toilet to appear on screen happened on Leave It to Beaver in 1957, when the kids buy a pet alligator and hide it in the toilet tank.

A lot of back and forth went into making this scene. The network wouldn't allow crews to film the toilet, while the producers insisted it be shown because it was essential to the plot. Ultimately, both parties agreed just to show the tank and pretend the characters never had to use the restroom.

4. First couple to share a bed - "Mary Kay and Johnny" 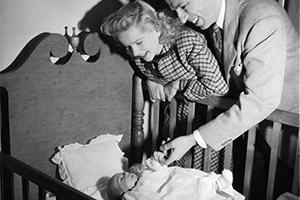 If the networks gave such a fuss about toilets, you would think couples sharing the same bed would be absolutely off limits. That's not the case, however. 10 years before the toilet scene, in 1947, the titular characters on Mary Kay and Johnny hopped into the same bed together. 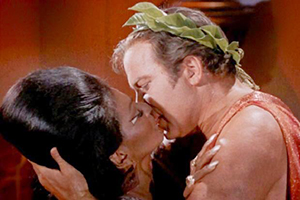 In 1968, Lt. Uhura and Captain Kirk locked lips for the first time on Star Trek. Although it was just one of many romantic escapades for the Casanova, this one made history as the first kiss between characters of two different races.

Unsurprisingly, because it was the 1960s, certain television markets in the South refused to air the episode. 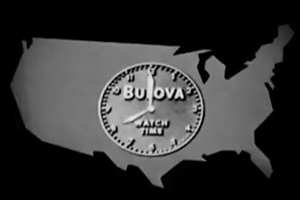 It's not surprising that as soon as television was invented, companies found a way to make money off it. In 1941, Bulova aired a ten second commercial for its watches during a baseball game between the Brooklyn Dodgers and the Philadelphia Phillies. The spot makes us wonder what ever happened to the simplicity of TV commercials.

7. First TV show to have a warning - "Hot l Baltimore" 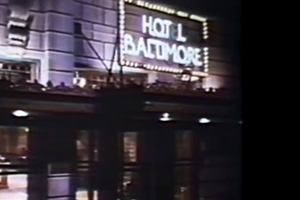 Norman Lear's shows have always courted controversy, but this one in particular stands as the first to have a warning label on every episode.

Even though Hot l Baltimore only broadcast 13 episodes, its cast of controversial characters (prostitutes, illegal immigrants and one of the first gay couples on television) were enough to get a warning label slapped on before the opening credits. 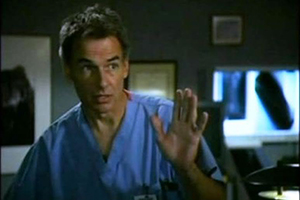 While people have been "accidentally" cursing on live television for a while, the first scripted curse word on network television happened in 1999. Mark Harmon uttered the phrase "s**t happens" on an episode of Chicago Hope. 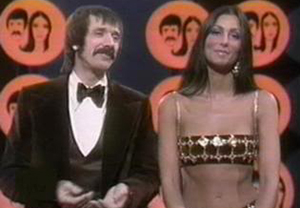 Cher has broken a lot of records during her illustrious career, but this one is surprising. When the signer wore a revealing outfit that exposed her navel, she became the first main performer on a television show to do so.

Previously, network executives forbade Barbara Eden from exposing her belly button on I Dream of Jeannie, and Dawn Wells and Tina Louise were required to wear shorts that covered them up on Gilligan's Island.

VAC 11 months ago
And TV has gone down the drain since.
Like Reply Delete

JeffS 11 months ago
It was a much bigger deal when Hawkeye said "Son of a B!+ch" on M*A*S*H in the early 80's. Swearing on TV was happening long before Mark Harmon on Chicago Hope. When I was a kid, my parents had a three swear word policy. If a show had more than three swear words, we had to shut it off.
Like (1) Reply Delete

DeborahRoberts JeffS 11 months ago
Absolutely! I literally fell off the sofa when that MASH scene aired. It was an intensely dramatic moment, and I don't know how ME-TV missed it. Perhaps these writers think it only counts as cursing if it's four letters. 🙄
Like Reply Delete

Amalthea 24 months ago
Kirk & Uhura's kiss was NOT a "romantic escapade"; they were forced into it by a malevolent being.
Like (1) Reply Delete

Smuggy 34 months ago
Because "Leave It To Beaver" did not show the toilet bowl, then I don't consider it a first.
Like Reply Delete