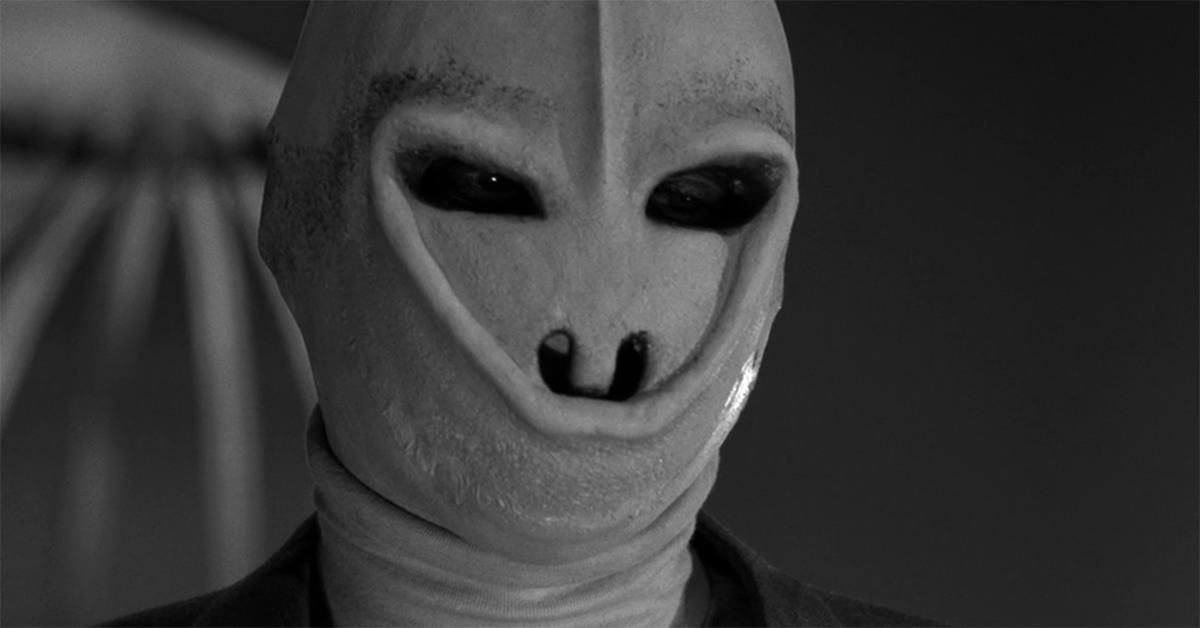 Rod Serling was a master at prodding and reflecting upon our social anxieties. There were several reoccurring themes on his anthology series — fear of flying, the Cold War, nostalgia and aging, space travel and alien invasion.

Here we will focus on the latter. Aliens are always a favorite in Hollywood.

Of course, in The Twilight Zone everything is not always as it seems. What looks like an alien invasion ("The Invaders") could be man, and sometimes, rarely, they do come in peace. Let's look at eight times The Twilight Zone thrilled and chilled us with space invaders.

1. The Monsters Are Due on Maple Street 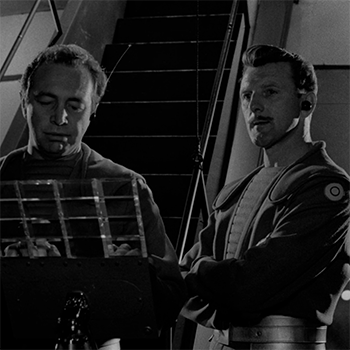 These cool, calm, passive-aggressive military men calmly stand atop a hill and watch Americans tear each other apart. They needed only to instill paranoia in a small town to see society crumble. A parable on the Cold War and McCarthyism, this still-relevant episode was an obvious choice for remake in 2003, when it became "The Monsters Are on Maple Street." 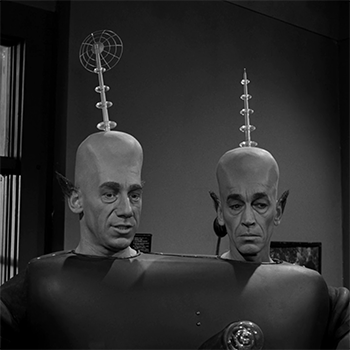 Twilight all-star Burgess Meredith makes one of his many appearances as Luther Dingle, a nobody salesman who is gifted superhuman strength by a Martian. Oh, and this Martian looks nothing like Matt Damon — it's a two-headed creature with plastic antennae sticking out of its oblong skulls. As Don Rickles' presence underlines, this is a more lighthearted affair.

3. Will the Real Martian Please Stand Up? 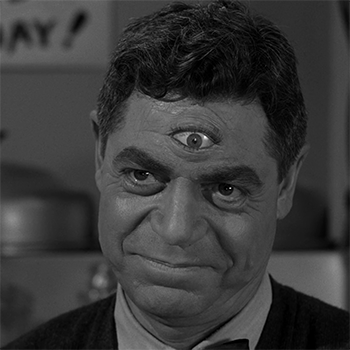 Do the aliens look like aliens? Wearing a hat, no.

A flying saucer crashes in a heavy snowstorm somewhere in New England. The police follow tracks from the wreckage to a diner, where a group of bus passengers wait for a bridge to be cleared. There are seven passengers in the restaurant, but the thing is, the driver claims there were only six folks on the bus. Which one is the alien? 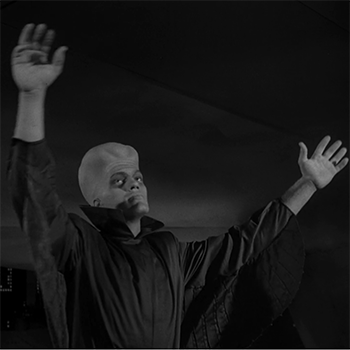 Before he was a James Bond villain, before he was temporarily cast as the Hulk, Kiel starred in this unforgettable episode with a twist ending based on the title's pun. Though the concept has been parodied in the decades since, the original remains surprisingly effecting thanks to the straight performances. 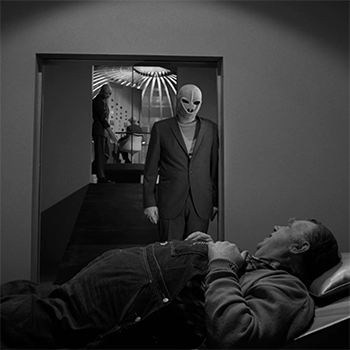 Do the aliens look like aliens? They are creepy awesome, yes.

"Say tell me, are the girl where you come from, do they look like you too?" gas station owner and abductee Somerset Frisby asks his captors. Frisby is a Man Who Cried "Wolf," a feller who's told so many tall tales, the locals stopped believing him long ago. Or maybe he was telling the truth? The mouthless humanoids sport some of the most striking makeup design in the series. It's a wonder this one isn't talked about more often. They're creepy enough to make you sleep with a harmonica, in any case. 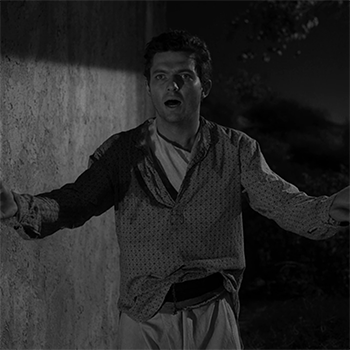 Do the aliens look like aliens? He is more human than us humans.

What's the saying? Don't look a gift-horse in the mouth? Well, another could be: Don't shoot an alien until you know if he can cure cancer or not. 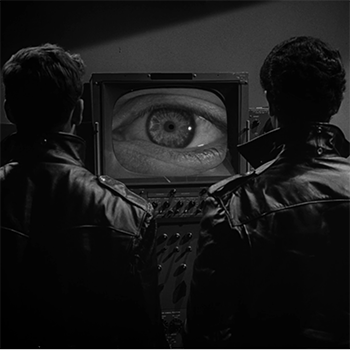 These motorcycle toughs are more than they seem. "Scott", "Steve" and "Fred" are aliens sent to infect our water supply. However, romantic Scott falls in love with a human girl and learns we're not so vile a species. He tries to escape the coming invasion with his love. This underrated, fascinating episode is Rod Serling's thinly veiled criticism of CBS, "the all-seeing eye," as the creator was butting heads with the network. 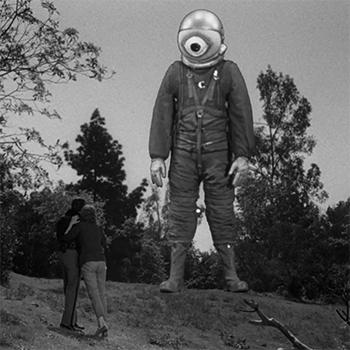 Do the aliens look like aliens? Yep, tiny (and giant) ones.

The penultimate episode of the series features the final script written by Serling. A state trooper and a socialite encounter a giant creature from another world, who is leaving huge foot- and fingerprints outside a remote cabin. The highway patrolman shoots the beast… only to see it deflate. Turns out the aliens are itsy bitsy. "Maybe the next place they land, they can be the giants," the trooper jokes. Perhaps Serling was making another sly comment about his bosses?