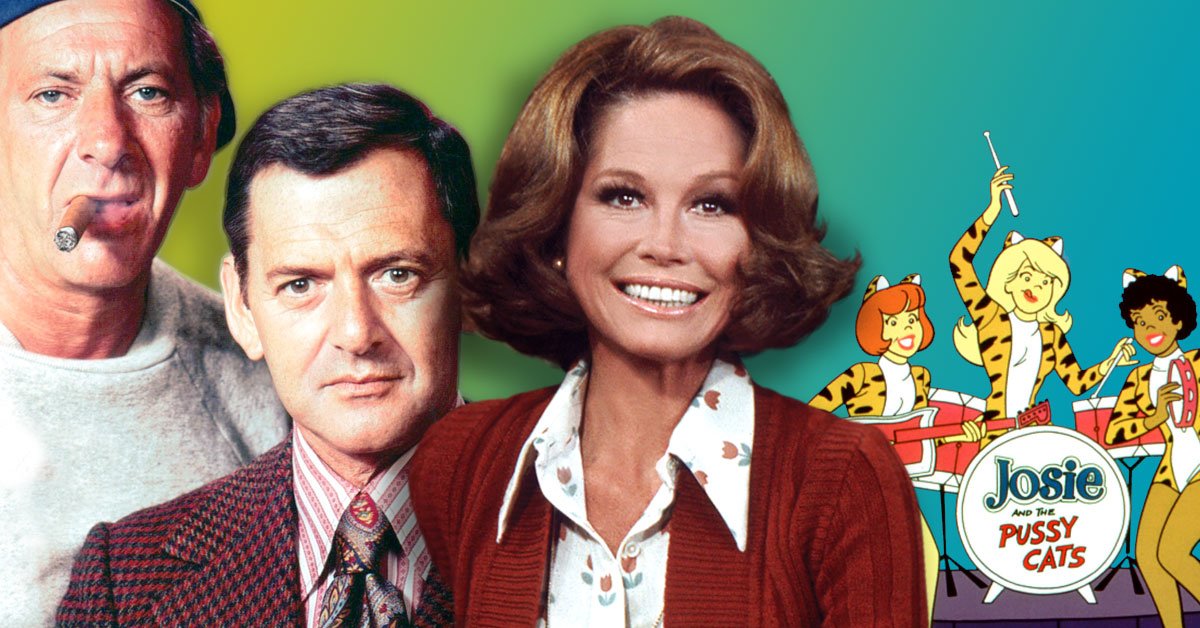 Television changed dramatically (and, well, comedically) in 1970. The "Rural Purge" was underway, as folksy family sitcoms of the '60s made way for comedies set in the workplace and big city.

Mary Tyler Moore was on the vanguard of all that. Elsewhere, the bubblegum pop of the Archies and the Brady Bunch began to show its influence, as new series looked to capture the same sing-along, sunshine happiness.

Oh, and there were talking chimps.

Let's take a look at some of the biggest TV introductions of 1970. Wish them a happy 50th birthday over the next year. 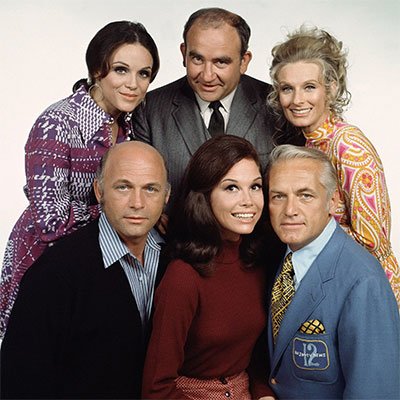 Mary Tyler Moore shattered the mold of the sitcom. When the series premiered in 1970, nothing on television had been like it. Here were happily single women leading a show filled with complex adults. It was a workplace sitcom about relationships. The characters spoke frankly about modern issues and the Pill — and joked about the death of a clown. There was a planned finale. All of this was groundbreaking stuff, and the show's DNA can be found in everything from The Office to Girls. 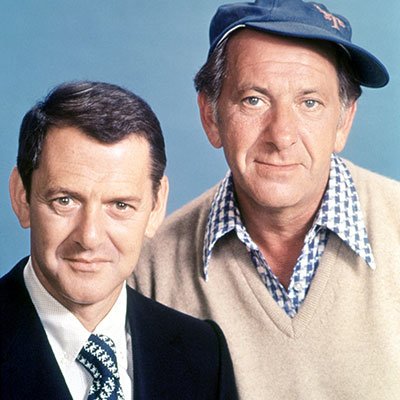 The idea behind The Odd Couple — pairing a boorish slob with an uptight roommate — is so fundamental to television comedy, it's easy to overlook who perfected the template. Variations on the formula continue to click today, from Two and a Half Men and Two Broke Girls to, well, the modern reboot of The Odd Couple. Yet, when someone says, "The Odd Couple," odds are the characters molded by Tony Randall and Jack Klugman pop into mind. Of course, the story of Oscar Madison and Felix Unger began on Broadway in 1965 with Neil Simon's landmark play. Walter Matthau and Art Carney first embodied the roles. Since then, various productions have cast actors as diverse as Martin Short, Jamie Farr and Pat Sajak. Yet, nobody matches the chemistry of Randall and Klugman. 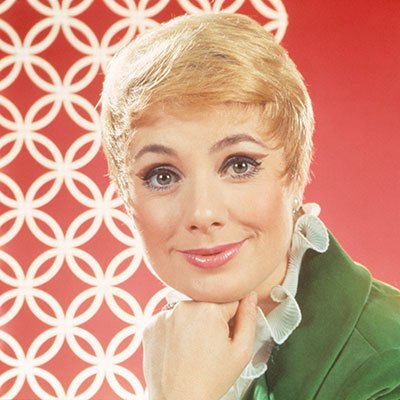 C'mon get happy! Inspired by the real-life family pop group the Cowsills (and riding in the wake of The Brady Bunch), The Partridge Family brought family harmony — literally — to ABC. Shirley Jones, who had turned down the role of Carol Brady, took the lead as Shirley Partridge. The catchy melodies and Seventies hairstyles helped turn the kids, especially David Cassidy and Susan Dey, into heartthrobs.

4. Josie and the Pussycats 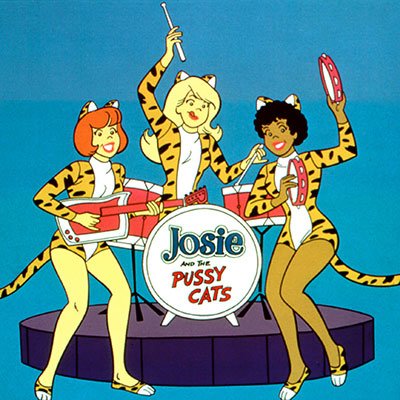 Hanna-Barbera produced just 16 episodes of Josie and the Pussycats for the 1970–71 Saturday morning cartoon season, but in that era, influence could hardly be measured by episode count. On the heels of the comic-ly related Archies, Josie and the Pussycats became another pop sensation. Hanna-Barbera produced an album of material for release in shops. There was one key difference between the Pussycats record and the Archies — the Pussycats brought the characters to life with in-the-flesh human band members. The blonde one, Melody, was performed by Cherie Moor. But you know her better now as Cheryl Ladd of Charlie's Angels! 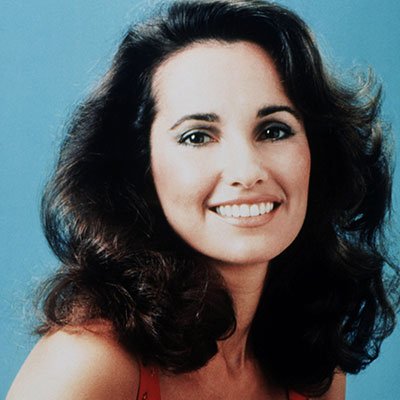 It's impossible to talk about All My Children without talking about Susan Lucci. The soap legend grew in fame as her "failures" stacked up. To be clear, she was not a failure. However, Lucci became notorious for stacking up Daytime Emmy nominations… and never winning. She collected 18 (!) Outstanding Lead Actress in a Drama Series Emmy nominations before she finally won the trophy in 1999. She was on All My Children from the very first month, January 1970. Three decades is a long time to wait for an award. 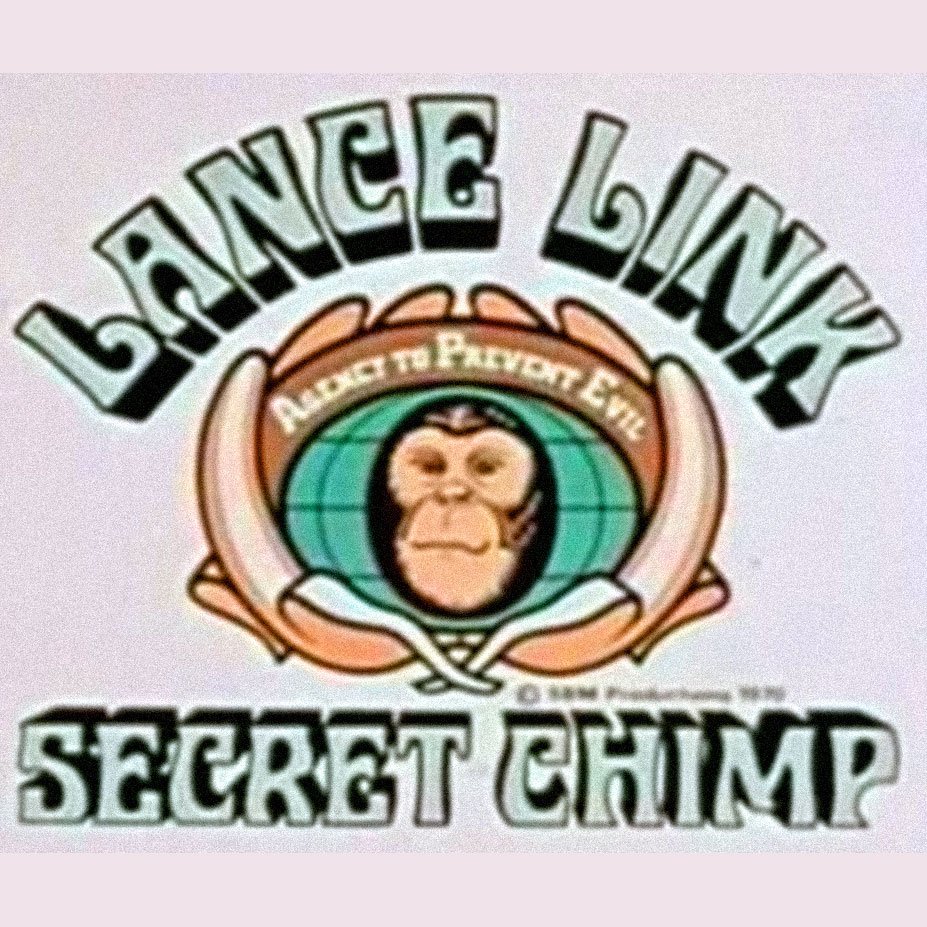 Even in a decade crowded with surreal children's television — from the flapping lips of Clutch Cargo to the psychedelic puppetry of Sid and Marty Krofft — Lancelot Link: Secret Chimp stood out. The spy spoof featured no big names (unless you are a true simian connoisseur and consider Tongo and Judy the Chimpanzee celebrities). Instead of plain ol' human actors, apes dressed as people, with their chewing mouths overdubbed with voice actors. The hidden human cast included Dayton Allen, a comedian and impression expert who had popularized the catchphrase "Why not, Bubbe?" on The Steve Allen Show, and Bernie Kopell, who most MeTV viewers will know as unlikely ladies man "Doc" on The Love Boat. 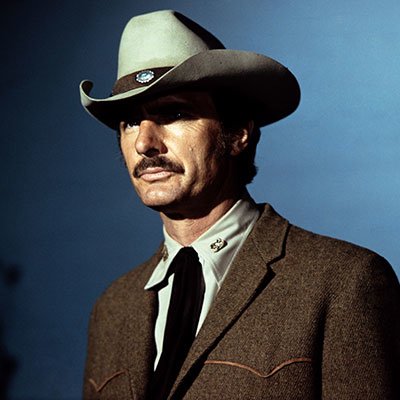 Gunsmoke veteran Dennis Weaver was the fish-out-of-water — or, more specifically, cowboy-in-the-big-city — on McCloud. The cop show was essentially adapted from the 1968 movie Coogan's Bluff, in which Clint Eastwood played a rural Arizona sheriff who heads to the Big Apple to nab a fugitive. McCloud creator Herman Miller wrote the film's script. The clever crime show was part of a "wheel series" called NBC Mystery Movie. The network rotated a selection of shows week-to-week, including McCloud, Columbo and McMillan & Wife.

Claude 33 months ago
Hello! Me-TV...?
Please, Please! Bring The Odd Couple back into the line-up.
Please, can you...?

Jon 33 months ago
Shirley Jones was never offered the role as Carol Brady, according to BB producer Lloyd Schwartz. She wrote about being offered the role, and insultingly dismissed it as being a housewife role, but no one behind the series has ever stated that Ms. Jones was even considered for the part. Joyce Bulifant, however, was almost hired to play Carol Brady, but Florence Henderson got the part instead.
Like Reply Delete

JoeSHill 33 months ago
In Fall 1970, CBS's Saturday Morning TV lineup glowed with a great assortment of animated shows, and "JOSIE AND THE PUSSYCATS" was among their top choices as the Hanna-Barbera produced cartoon series, based on the Archie Comics (the division they called Radio Comics) had made its debut, while "ARCHIE'S FUNHOUSE" also debuted, featuring reruns of their 1968 episodes plus new musical songs that was sung by Ron Dante, and "SABRINA AND THE GROOVY GOOLIES" and "THE HARLEM GLOBETROTTERS", a Hanna-Barbera produced cartoon series made in association with CBS-plus a little item that aired between the CBS cartoons that Fall called "IN THE KNOW" that the Josie characters hosted before CBS changed the format to "IN THE NEWS" in Fall 1971. another interesting fact about "JOSIE AND THE PUSSYCATS" on its CBS run 50 years ago, was that it was sponsored by Kelloggs Cereals, who is no stranger to Hanna-Barbera cartoons in its history!
Like (2) Reply Delete

RobCertSDSCascap JoeSHill 33 months ago
"I'm Christopher Glenn..."
LOVED the animated commercials back then.
Like Reply Delete

Wiseguy 33 months ago
Odd they didn't mention Night Gallery which MeTV has shown and had started with McCloud on the "Four in One" NBC wheel series.
Like Reply Delete

Don't remember watching the other two shows.
Like Reply Delete

Lillyrose 33 months ago
My favorite show on this list is "The Partridge Family!" My favorite episode is the Pilot episode. Danny is hilarious! So is Reuben!
Like (1) Reply Delete

Lillyrose Lillyrose 33 months ago
My second favorite episode of "The Partridge Family" is the episode where Mrs. Partridge and Laurie go camping. I don't remember the name of it. Keith, Danny, and Reuben are hilarious!
Like (1) Reply Delete

Jon Lillyrose 33 months ago
That episode about the camping trip was called "Helll-p", and it was originally aired in the show's 2nd season.
Like Reply Delete

Lillyrose Jon 33 months ago
Thanks, Jon!
Like Reply Delete

I have all 8 of their *original* albums (excluding greatest hits albums, which would have been redundant) on CD. And next year, I'm planning to buy the *reprint* on Mill Creek Entertainment of the *entire series* DVD box set in honor of their 50th anniversary. (As I discovered with the series box sets of "Bewitched" and "What's Happening!!!!," the Mill Creek reissues of the Sony Pictures Television shows have *no* fluffy or unrelated extras - e.g. "minisodes" of other Sony programs - or no by-now dated promos for upcoming Sony theatrical films. On the Mill Creek DVDs, they are *the shows and nothing but the shows,* period. And for *a lot less* than the original Sony DVDs; the picture and sound quality are also decent!)

And I liked "Josie," too. Unfortunately, as I said in another posting, the then-CBS affiliate in Detroit (WJBK, channel 2) blocked out "Josie" and aired those old Terrytoons shorts under the unimaginative title "Cartoon Carnival." To make matters worse, WJBK tape-delayed "Josie" until *the following Saturday morning at 7:30 A.M.!* I guess WJBK was - and continued to, until 1996 when the station was purchased by Fox after being an independently-owned station for its entire life - living in a perpetual time warp. (The ownership change didn't occur until after the station's second year as a Fox affiliate, as the Fox brass was extremely perturbed about WJBK's blocking their shows out on a whim. Why didn't CBS think of purchasing WJBK back in those days?)

But getting back to "Josie" - I have one of their singles, "With Every Beat of My Heart" (Patrice Holloway sang lead). I'm hoping to put that one in my 1976 Seeburg jukebox eventually.
Like (1) Reply Delete

Lacey 33 months ago
Ouch. Did not need to see this.
I always thought Lance Link was a 1968 show.
Like Reply Delete

moax429 dth1971 33 months ago
Yes! My weekends weren't complete without listening to "AT40!"
Like Reply Delete

VaughnBaskin 33 months ago
Hey! Don't forget The Bugaloos! Because they are reaching the 5-0 next year as well!
Like (2) Reply Delete

Lacey VaughnBaskin 33 months ago
They're int he Air and Everywhere !!

MarleneJ 33 months ago
Cheryl Ladd! I saw her on Broadway years ago, in Annie Get Your Gun. To think she had been a Pussycat.

PatShimrack MarleneJ 33 months ago
Did not know she was a pussycat!!!
Like Reply Delete 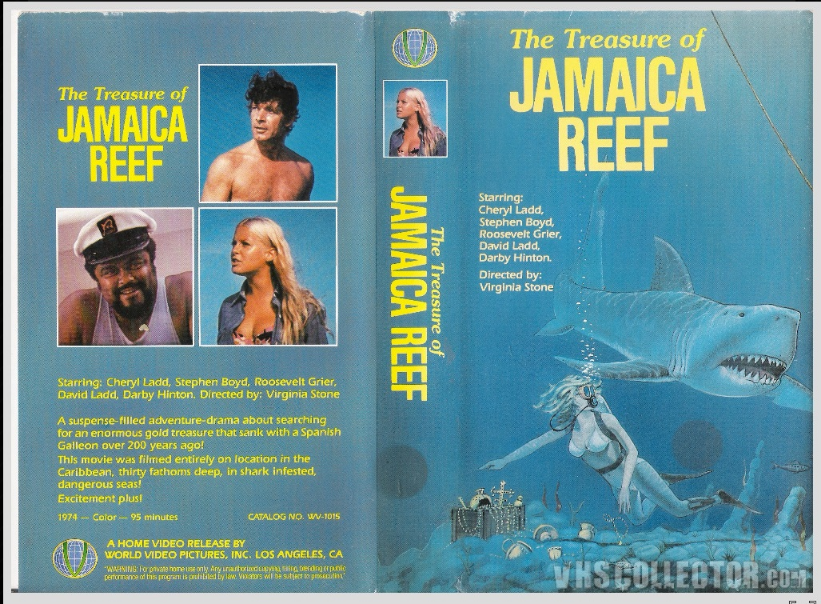 Amalthea 33 months ago
I made the mistake of showing my daughters "Lancelot Link" one time when they were younger. My younger daughter, who has a gift of mimicry (you should hear her Mickey Mouse...or her dripping faucet), was saying things in a Mata Hairy voice for days after. (I DID love the show as a kid, tho...although my favorite of these is easily "Josie & the Pussycats".)

MrsPhilHarris Amalthea 33 months ago
I loved Josie & The Pussycats too. Surprised they only made 16 episodes.

As for Lancelot Chimp, loved it as a kid but the whole idea of dressing up chimps makes me cringe.
Like (2) Reply Delete