Where To Watch Shop Store Contact
Home / Stories / 7 neato facts about Aneta Corsaut
Did you know?1960s

From The Blob to Matlock, she had a fascinating career. 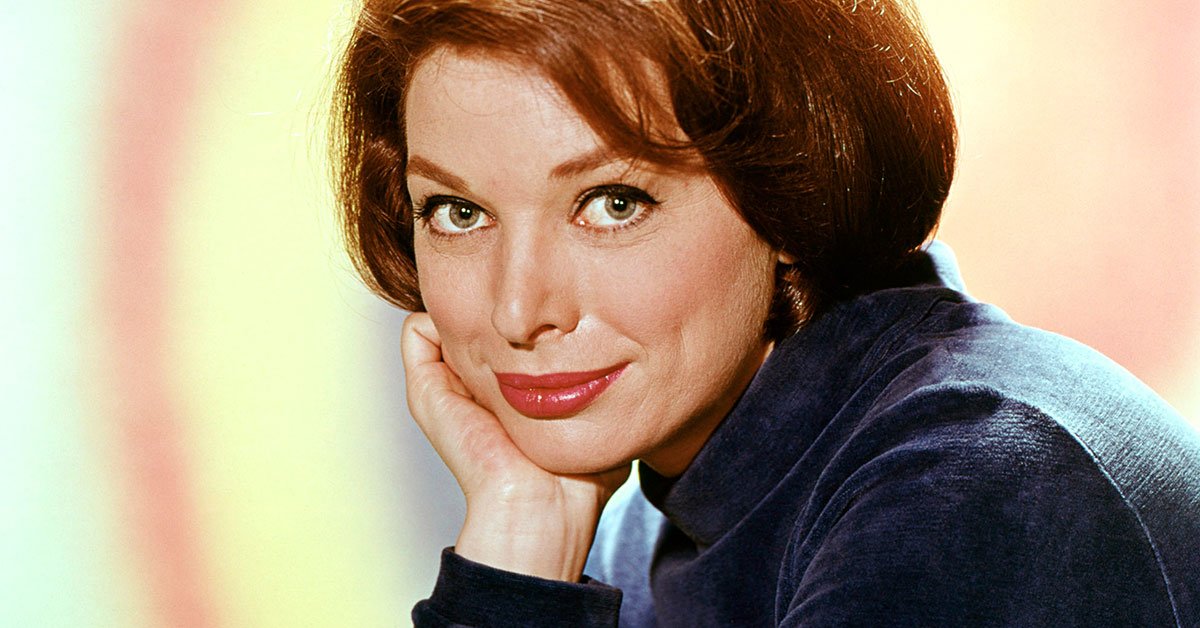 On The Andy Griffith Show, Sheriff Andy Taylor had a few short-lived flings before his bride-to-be was introduced. After dating Ellie, Karen, Mary and Peggy, Andy fell in love with Opie's schoolteacher, Helen Crump, as portrayed by Aneta Corsaut.

Audiences fell in love with the character, too. Andy and Helen's romance continued after the series finale of The Andy Griffith Show. The couple married at the start of the spin-off series, Mayberry RFD.

Corsaut's career continued to intertwine with Andy's over the years. The 2016 book Andy and Don: The Making of a Friendship and a Classic American by Daniel de Visé reported that the love between Andy and Aneta spilled over to reality behind-the-scenes.

Corsaut, who passed away in 1995, continues to charm in reruns. Let's take a look at some fascinating facts about this sitcom star.

1. She and Steve McQueen made their movies debuts together. 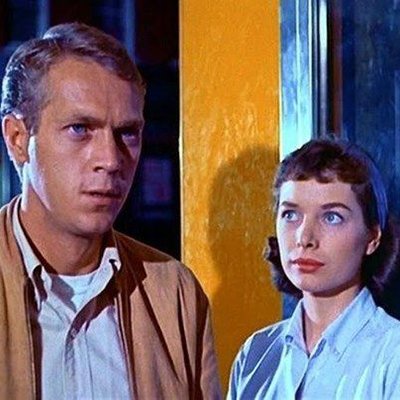 The Blob oozed its way into cinema history as one of the great sci-fi horror films of the 1950s. The special effects were gooey and great, but give the casting director some credit, too. The movie booked two newcomers as its stars — Steve McQueen and Aneta Corsaut. The movie begins with McQueen and Corsaut kissing at Lover's Lane. According to the book Meet the Blob by Suzanne Murdico, the two actors dated in real-life before playing boyfriend and girlfriend in the movie.

2. She and Marion Ross appeared on the same sitcom together, too.

Young actresses Aneta Corsault and Marion Ross both had a handful of credits to their name when they landed recurring roles on Mrs. G Goes to College, a.k.a. The Gertrude Berg Show. The sitcom followed a middle-aged widow heading to university as a freshman. Ross played the daughter of Gertrude Berg; Corsaut was a neighbor married to a professor. Both made their debut on the show in the episode "The First Day" in 1961.

3. She and her character Helen Crump both came from the same place. 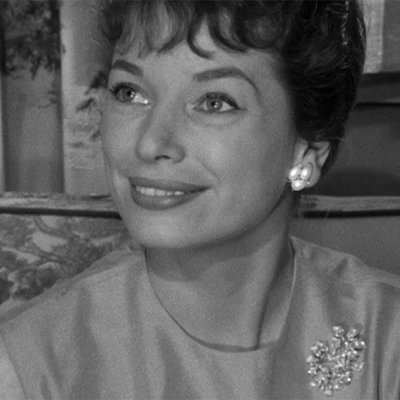 Helen Crump comes to Mayberry from Kansas. The schoolteacher had that in common with the actress, who was born in Hutchinson, Kansas, in the middle of the state.

4. She and her costar Ken Berry were born on the same day. 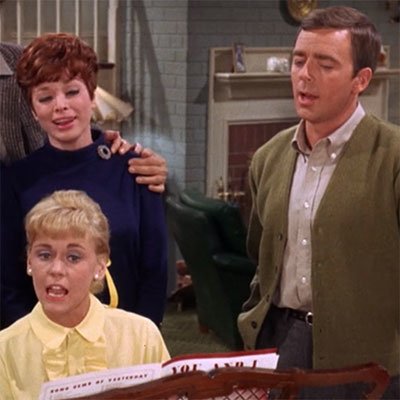 Speaking of sharing bio details… Both Ken Berry and Corsaut were born on November 3, 1933. The two appeared in several episodes of The Andy Griffith Show and Mayberry R.F.D. together. Here they are singing a tune together in "A Girl for Goober."

5. She was the girlfriend of another famous TV cop. 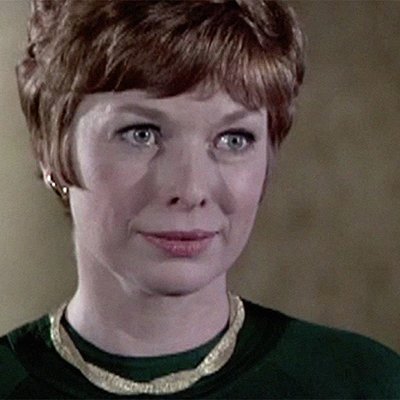 Playing the lover of Sheriff Andy led to another role as a police officer's significant other. In 1975, Corsaut appeared in a couple of episodes of Adam-12 as Judy, Pete Malloy's girlfriend. Look for her in season seven of the cop show.

6. She named this Mayberry character after a friend, who then sued the show 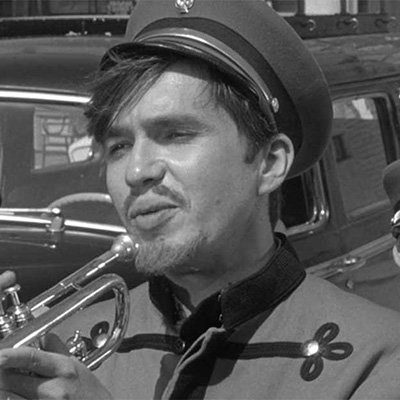 In the Andy Griffith Show episode "The Mayberry Band," Mayor Roy Stoner finds the Mayberry Band to be in a despicable state. But Andy has a plan. You see, traveling rock-and-rollers Freddy Fleet and his band happen to be passing through town on tour. So Sheriff Andy enlists them as ringers in the Mayberry Band, including a hipster horn player named Phil Sunkel. Aneta Corsaut named the character. She suggested the name to screenwriter Jim Fritzell in tribute to a friend of hers. Corsaut happened to know a cool jazz horn player named Phil Sunkel. Wouldn't it be a cute honor to have this television character named after him? Well, the real Phil Sunkel did not find it so amusing. Actually, according to sources, Sunkel sued The Andy Griffith Show for $20,000 (about $180,000 today) for using his name without permission. Read the full story.

7. She played her final role alongside Andy Griffith on Matlock 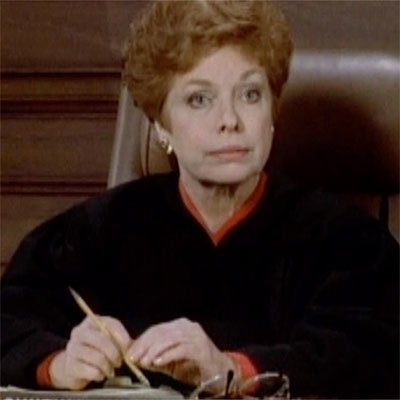 In 1980, Corsaut again landed a regular role on the medical sitcom House Calls, starring alongside Wayne Rogers in his post-M*A*S*H phase. The former Mayberry schoolteacher was now playing a head nurse. When that role wrapped, Corsaut made just two other one-episode appearances on television before Andy came calling again. In 1986, she reunited with her fictional husband Andy Taylor for the TV movie Return to Mayberry. She later reteamed with Griffith on his hit comeback series, Matlock. In what would be her final acting role, Corsaut shared scenes with Griffith as Judge Cynthia Justin. You can spot her behind her bench in four mysteries, including the two-parter "The Evening News." Read the full story.

8. She co-authored a mystery trivia book. 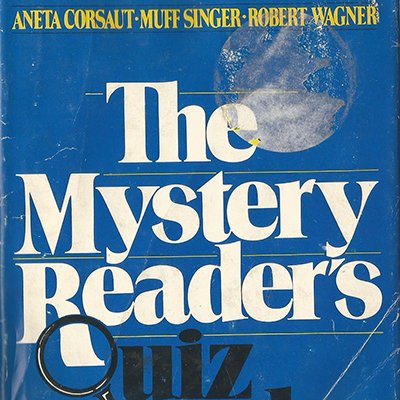 The description on Amazon describes this 1981 book as "a delectable potpourri of quizzes — Who wrote the first mystery in which the narrator was the murderer? —acrostics, and puzzles to challenge, delight, and humble mystery-addicts." Corsaut crafted the book with Muff Singer, an author of children's books, and Robert Wagner.

MichelleSusanHenrich 13 months ago
I can't believe the negative comments I'm seeing. There is not one character on Andy's show that I don't think is perfect for the part. Helen was perfect as Opie's teacher and Andy's true love. She was beautiful as well. You're not a true fan if you think Andy didn't know what he was doing when he cast her as his girlfriend.
Like Reply Delete

John MichelleSusanHenrich 4 months ago
Your absolutely right! He knew exactly what he was doing. Lol. No big secret there.
Like Reply Delete

John John 4 months ago
And yes, she was beautiful. And it shouldn't be surprising to anyone that she was opinionated or "grumpy". She was a fiery redhead. Lol.
Like Reply Delete

AlanTipping 13 months ago
I don’t dislike her in TAGS, but she’d be my pick for the most dispensable of the main characters.
Like Reply Delete

WandaBaker 17 months ago
I never liked the Helen Crump character at all and thought her acting was pretty bad.
Like Reply Delete

PepperAnderson 28 months ago
I never liked her as Helen Crump. Andy had better girlfriends. That character was so grumpy.
Like (2) Reply Delete

TexasGreek PepperAnderson 27 months ago
I agree. I have always thought that... even as a child. She was so crabby on minor things that happened on the show and her face was so angry. Always flying off the handle and getting just plain mean.
Like (1) Reply Delete

Nadya92129 29 months ago
I see both of my comments have been deleted.
Like Reply Delete

RL Nadya92129 22 months ago
Because you complain a LOT and always drag your PC b.s. into the conversation. Everyone is sick of it. You're in the wrong place, whiners please report to Facebook, plenty of folks there to argue with and complain to 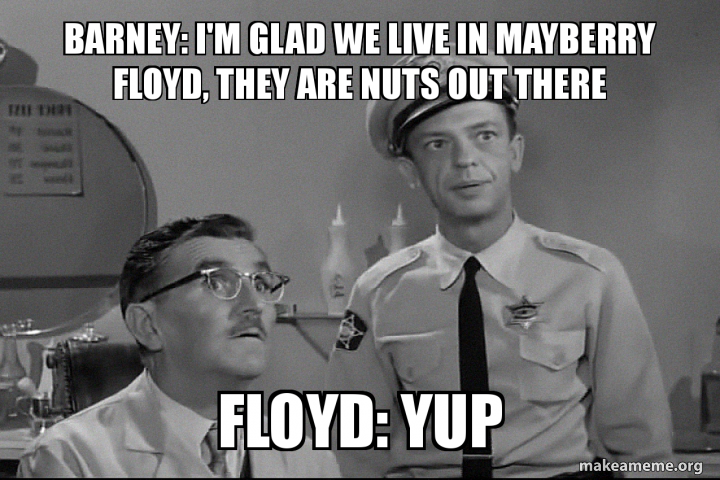 SherriFriezeRodgers 29 months ago
I don’t see how she could have suggested the name Phil Sunkel when she didn’t even show up until season 3 and The Mayberry Band episode was in season 2.
Like Reply Delete

JasonMichaelGilmore SherriFriezeRodgers 28 months ago
Has nothing to do with her appearance on the show. Aneta was a very close friend of screenwriter Jim Fritzell before she appeared on the show... he wrote that script with his writing partner Everett Greenbaum.

John JasonMichaelGilmore 4 months ago
After looking into that situation as extensively as is possible, not k owing anyone involved, I've always thought it sounded like an inside setup. Aneta wasn't on the show yet. She uses her femine ways to get Jim to name the character. Sunken sues. Aneta, and possibly Jim each get a cut. $20,000 then would be close to 10 times that today so, plenty of money to go around. Then, Aneta blackmail Jim to introduce her to Andy and between Jim swaying Andy and her using her female ways on Andy, Bingo bongo... she has a recurring role on a top 10 show. Not to mention an affair with the star which obviously had it's own benefits.
Like Reply Delete

edna45678922 29 months ago
Mrs. Corsaut will be missed, not forgotten.
The movie "The Blob" is the horror movie classic with the Late Steve McQueen and it is one of the best horror movie at all time! Thank you METV!!
Like (2) Reply Delete

texasluva 29 months ago
Now be careful Y'all. If you use my name without permission I can sue you. Cha-Ching!
The Blob was a fun movie. Never could understand how calm at first they were when The Blob was on the old mans arm and creeping up it. I'd be dialing 911, FBI and of course the fire department. Oh wait no smartphones nor 911 back then, oops. I remember the most when the dang thing was coming out of the ventilators at the movie theater and everyone screaming and running for cover.

Corsaut never married or had any children. According to the 2015 book Andy & Don: The Making of a Friendship and a Classic American TV Show, she and Andy Griffith, who was married at the time, had an affair while working together on The Andy Griffith Show. Andy how could you.... I knew there was something up with that boy in A Face In The Crowd. You learn something new everyday. Thanks MeTV.
Like (2) Reply Delete

John texasluva 4 months ago
I agree about your "Ca-Ching" comment. See my longer theory on the subject posted above. Do you agree with it?
Like Reply Delete

teire 29 months ago
I remember the mystery readers’ quiz book.
Like (1) Reply Delete

cperrynaples 29 months ago
Gertrude Berg is proably best remembered for creating and starring in the long-running radio and TV show The Goldbergs [no connection to the current sitcom]!
Like Reply Delete

RedSamRackham cperrynaples 28 months ago
* Gertrude Berg's THE GOLDBERGS was indeed ahead of its time. It was a show about a proud Jewish family living in the Bronx. Since then we've had only characters who may be Jewish such as Mr & Mrs Kravitz (Bewitched) and Felix & Oscar (Odd Couple) ☺
Like Reply Delete 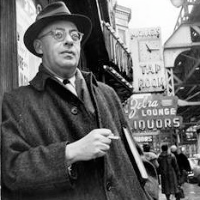 Jinghiz RedSamRackham 26 months ago
When did you stop watching TV, Sam?!
Like Reply Delete

John RedSamRackham 4 months ago
Uhh. Ok. Apparently you stopped watching TV when the shows you mentioned were canceled. They even have Big screen, big budget talkies written around the subject. Ever hear of Driving Miss Diasy? A very affluent, to say the least, southern Jewish family in the textile industry with a proud matriarchal Character.
Like Reply Delete