America’s #1 Classic Television Network
Find your local MeTV station
Where to watch
See when your favorite shows are on
See schedule
Personalize MeTV.com to follow your favorite shows
Free sign-up
Shop your favorite shows in the MeTV Store
Shop Now
Home / Stories / 20 vintage Halloween costumes based on classic TV characters that might be scarier than monsters
nostalgiaHalloween

We can still smell the plastic. 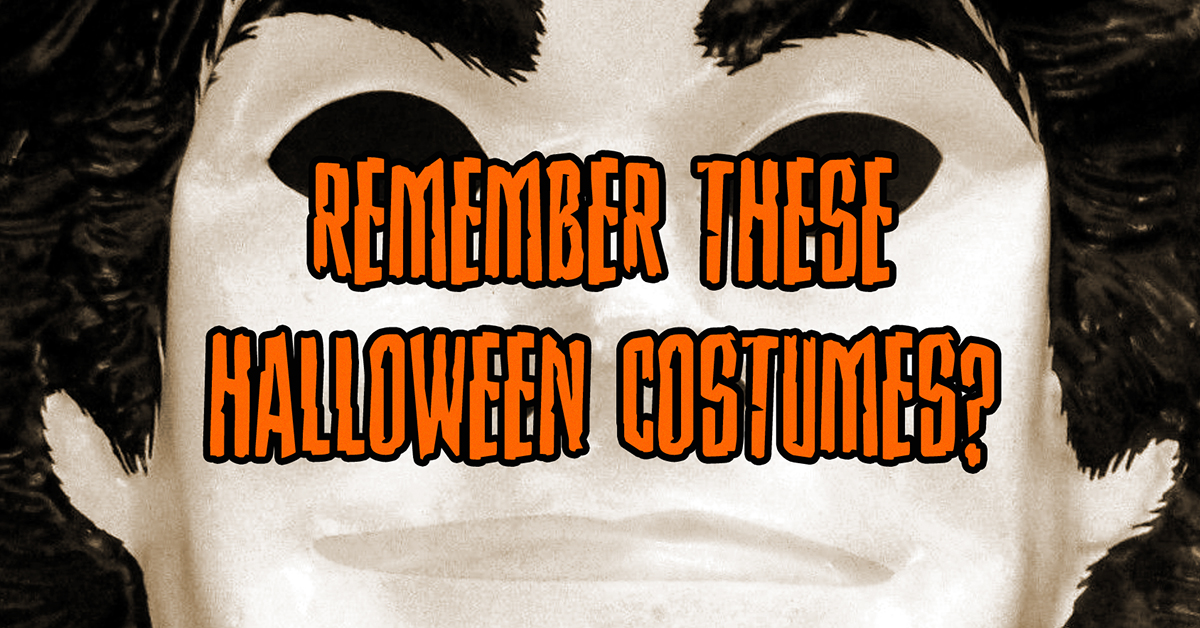 If you ever wore one, even decades ago, you remember the sensation. The smell of the vinyl mask. The pinch of the rubber band around your head. The sharp plastic edges of the mouth hole digging into your lips. The sweat beading on your skin underneath all that unbreathable synthetic fabric. 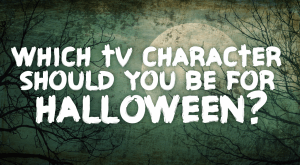 Those budget Halloween costumes you would find in the drug store, the ones made by companies like Collegeville and Ben Cooper, were uncomfortable. The masks never quite looked like the actual character. And yet, we loved them. We wish they still made them. The nostalgia for these plastic Halloween get-ups is so strong, the Ben Cooper brand has recently reopened an online store.

They made these things for just about every TV show in the 1960s and 1970s. Seriously. There was a Halloween costume for The Red Hand Gang, a series that aired for 12 episodes in 1977. You'll see it below. Children could dress up as sitcom stars, trained television animals, cartoon characters and action heroes.

But the result was always far eerier than intended. In fact, some of these were even scarier than any zombie. For example — that face up top? That's supposed to be Mork.

Here are some of our favorites. Many of them come from the out-of-print book Halloween: Costumes and Other Treats (Schiffer, 2001), which is worth hunting down for collectors. 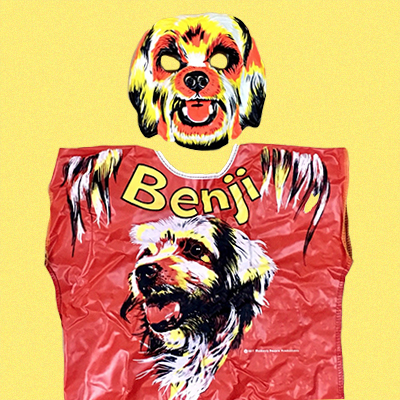 Using the color palette of fire does not help, as the adorable pooch turns into Cujo. 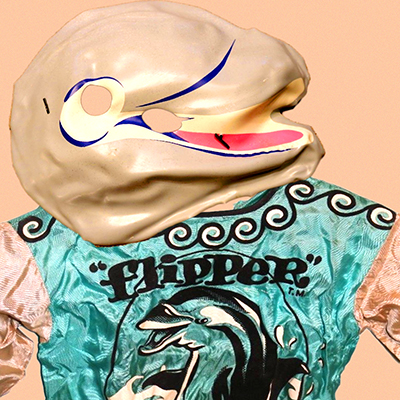 Collegeville had the challenge of turning the elongated bottlenose of a dolphin into something flat, thus this cubist profile perspective, which only got eerier on a child's face, with an eyeball peeking out through the corner of Flipper's mouth. 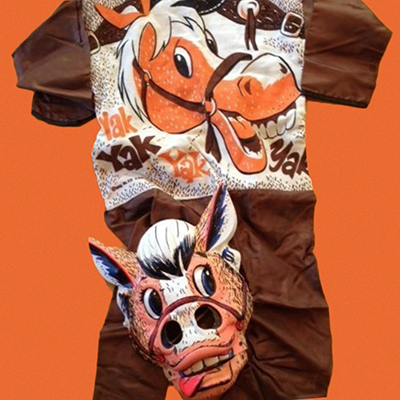 There was a much better approach with this Mister Ed horse mask, though it was extra snort-y. 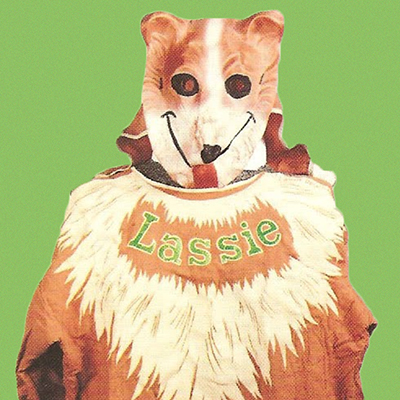 Anyone need a werewolf emoji? 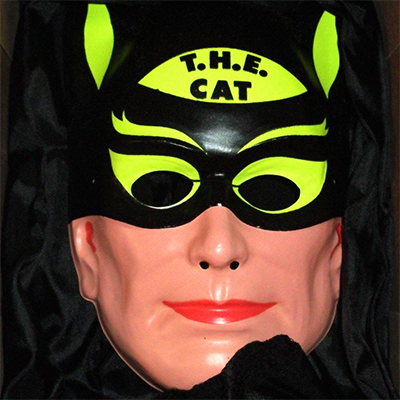 T.H.E. Cat was no feline. He was the titular thief turned antihero in the 1966–67 TV series. This mask neither looks like the character nor the star, Robert Loggia. 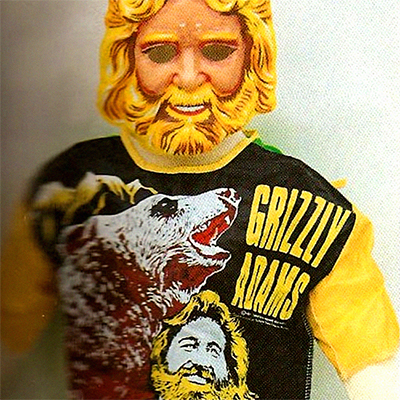 This looks more like a blond bear than Dan Haggerty, as if the two faces on the shirt combined into one wild creature. 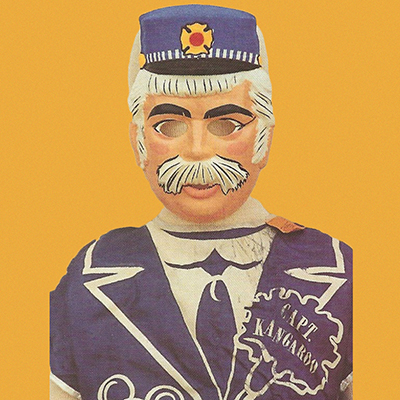 For those children who wanted to look like Wilford Brimley conducting a train. 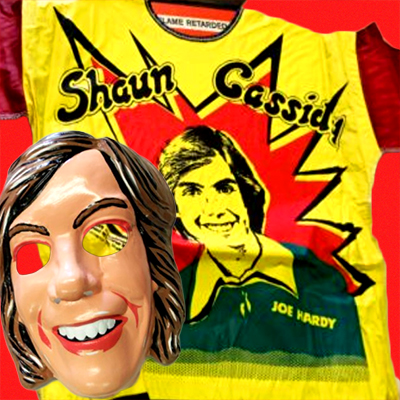 Fans of The Hardy Boys/Nancy Drew Mysteries could opt for either Shaun Cassidy's Joe Hardy or Parker Stevenson's Frank Hardy. We're guessing more teens opted for Cassidy. But where was the Nancy Drew costume, guys? 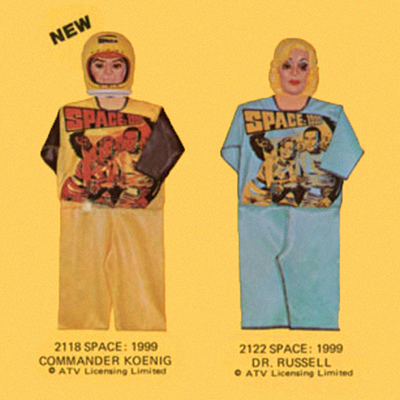 Indeed, those are supposed to be Martin Landau and Barbara Bain. 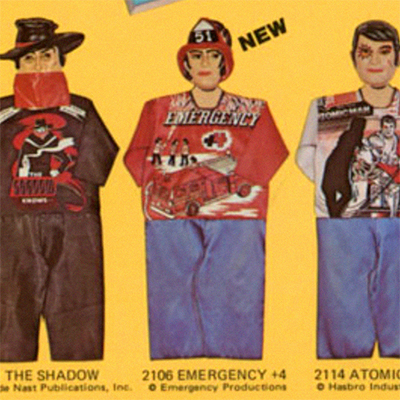 Well, technically, this costume was based on Emergency +4, the cartoon spin-off of the popular rescue drama. Was that supposed to be Randolph Mantooth? Or just a man with a tooth? 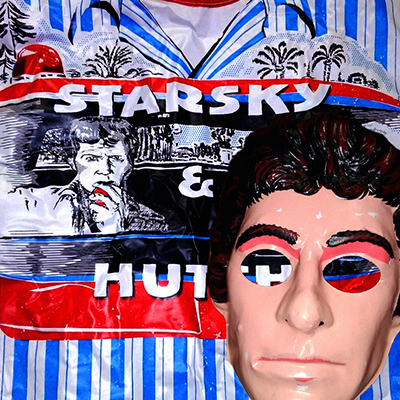 This mask put the glazed eyed in Paul Michael Glaser. A "Hutch" costume was also available. Is that T.J. Hooker on the shirt? 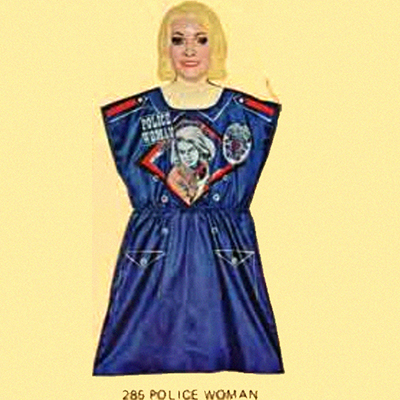 At least little girls could dress up as an action hero, too, in this vague approximation of Angie Dickinson, wearing a marching band dress. 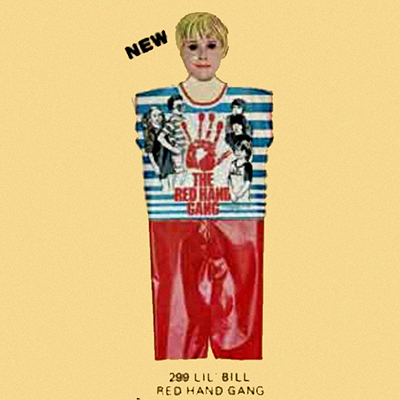 As we mentioned above, The Red Hand Gang ran for mere months on Saturday mornings in the fall of '77. The show centered around a gang of crime-fighting kids in the inner city. Lil' Bill was played by Johnny Brogna, who had about as many Halloween costumes as acting credits.

14. Easy Reader from 'The Electric Company' 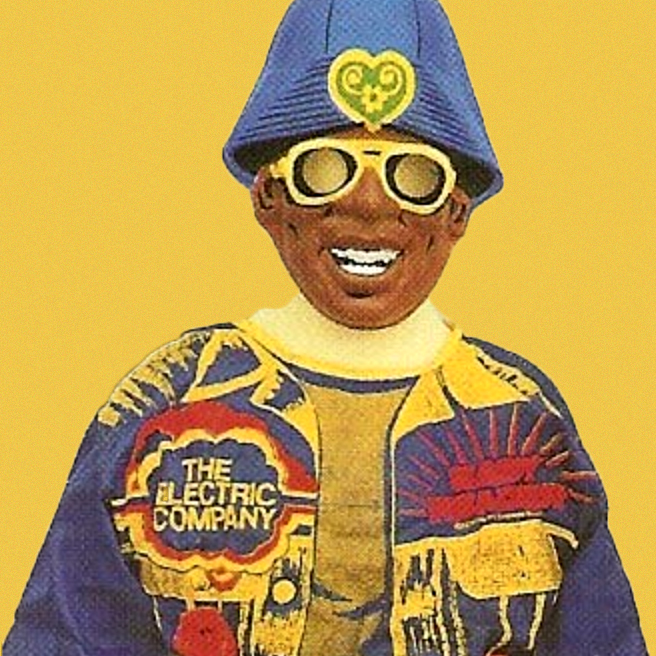 This must be the most obscure costume based on a Morgan Freeman role, unless they made one for the Speaker of the House in Olympus Has Fallen. 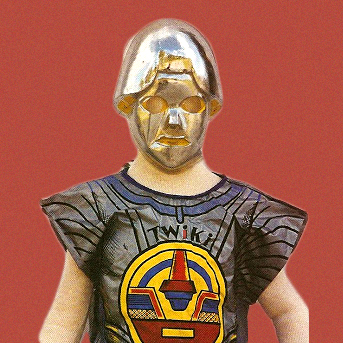 You had better wear the smock, otherwise confused adults would have wondered why you were dressed as C-3PO with a Three Stooges haircut.

16. Rosie the Robot from 'The Jetsons' 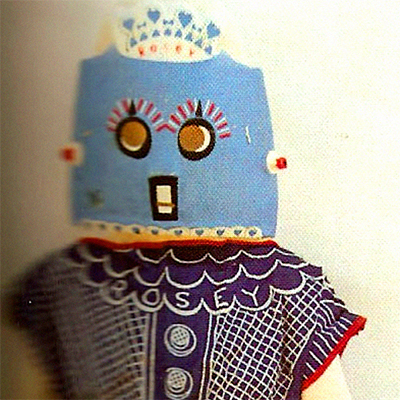 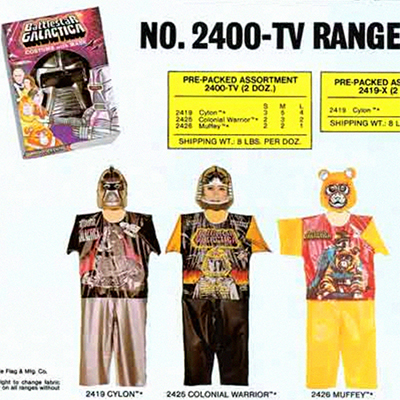 Muffit the Daggit is labeled as "Muffey" in this 1979 Collegeville costume catalog, and looks a bit like Teddy Ruxpin with its face burned off. The Cylon was clearly the way to go. 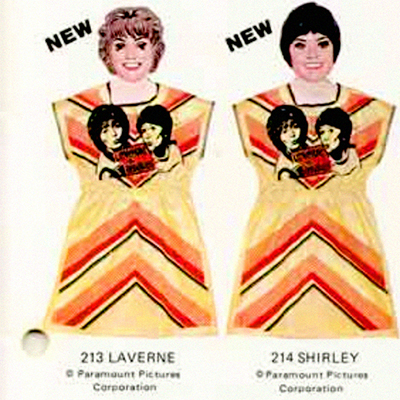 The people opening doors for trick or treaters had a better chance of understanding "Schlemiel! Schlimazel! Hasenpfeffer incorporated!" than getting that these faces were supposed to be Penny Marshall and Cindy Williams. We're pretty sure the Vancouver Canucks wore those uniforms in 1978, too. 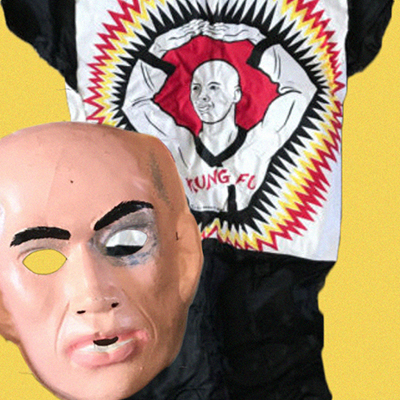 We bet they used this same "David Carradine" mold for Kojak, too. 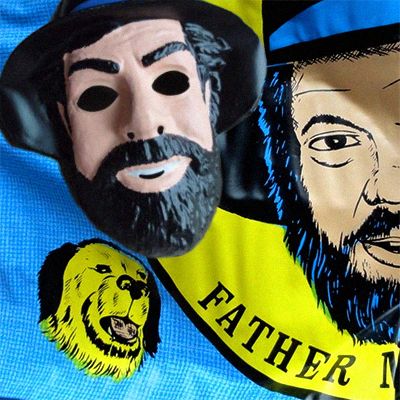 Remember Father Murphy? The heartwarming Western that featured a former NFL player looking after a bunch of orphans? Well, there was a costume for that. If you kept this costume over the last three and a half decade, you could do a mean Mandy Patinkin now.