13 T-shirts everybody wanted to wear back in the 1970s

We kept on truckin' with these groovy tees. 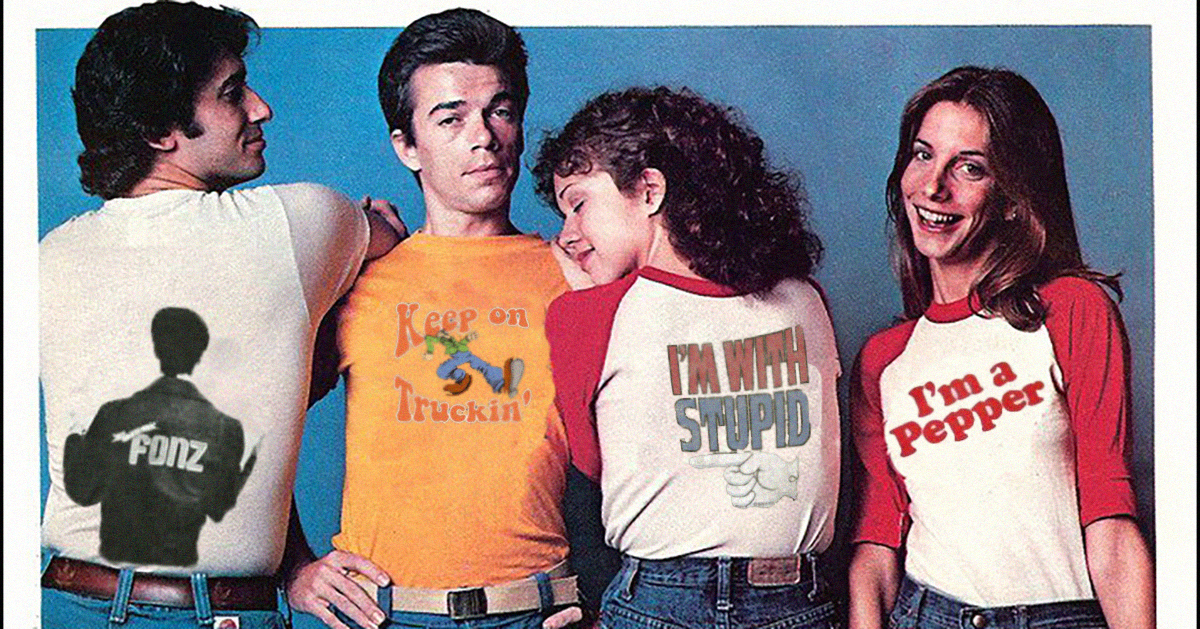 The 1970s were notorious for their fashion, from the synthetic fabrics and fly collars to the leisure suits and platform shoes. But, really, if you wanted to look in style in that decade, all you really had to do was throw on a T-shirt and jeans.

It was a great era for casual tees, with ringers and three-quarter baseball sleeves adding variety and color. A plain ol' T-shirt would suffice, but you really wanted to sport one of the trendy designs of the time.

Let's take a look at some of the popular T-shirts of the '70s. Did you have any of these? What other designs do you remember? 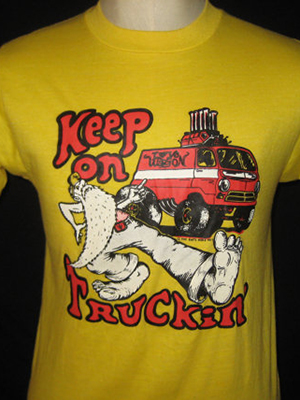 Trucking was all the rage, from 18-wheeler TV shows like B.J. and the Bear to the CB radio craze. Robert Crumb's iconic Keep on Truckin' cartoon originally had nothing to do with hauling freight on highways — it was more about struttin' your hippie stuff — but it was appropriated into the fad nonetheless. 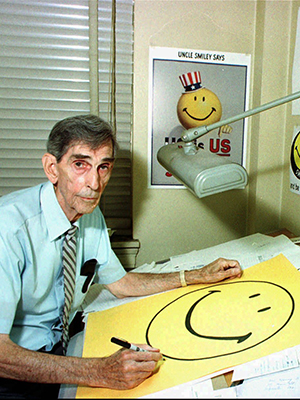 It's weird to think that something so common as the smiley face had an inventor, and not that long ago. Harvey Ball, of Worcester, Massachusetts, came up with the yellow grin that wished everyone, "Have a nice day." The T-shirt sold like gangbusters, and had nothing to do with Forrest Gump wiping mud off his face. We hope Ball gets a little bit of that emoji money. 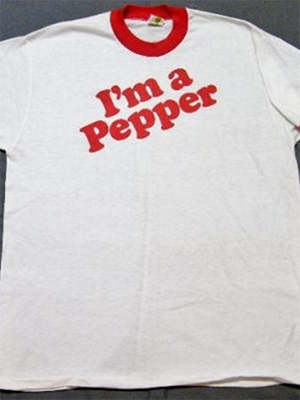 Wouldn't you like to be a Pepper, too? Who didn't have that Dr. Pepper jingle stuck in their head for years? The TV commercials helped launch the career of actor David Naughton, and soon everyone was promoting the cola. 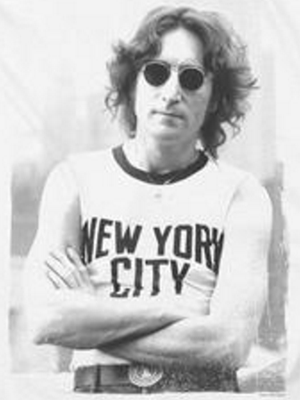 In 1974, photographer Bob Gruen snapped John Lennon on the roof of his East 52nd Street penthouse. The black & white image became the iconic image of the ex-Beatle. Gruen had purchased the NYC shirt for $5 on the street before the shoot. 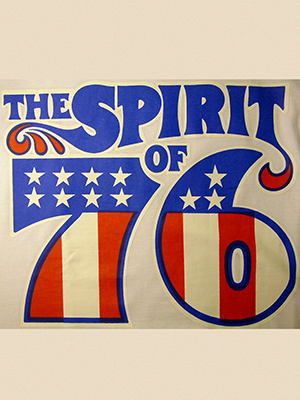 Bicentennial fever sent a wave of patriotism around the country 40 years ago.

SEE ALSO: 17 VINTAGE ADS THAT PROVE EVERYTHING WAS PATRIOTIC IN THE SUMMER OF '76 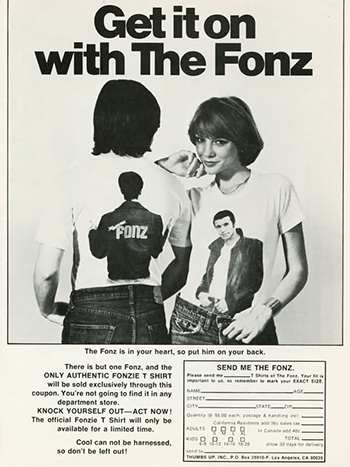 Aaaayyyyy! If you wanted to look like the coolest cat on television, this was far cheaper than a leather jacket. 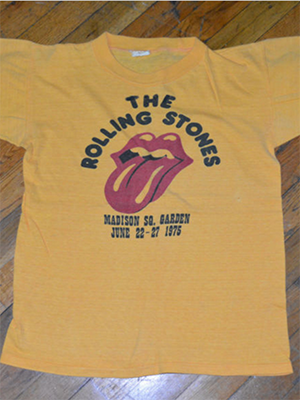 Mick Jagger hit up the Royal College of Art in London for a young designer to design a band logo. John Pasche, 24 at the time, created the now iconic "Hot Lips" image, which made its debut in 1971. If you were a rock 'n' roller, odds are you picked up one of these at a concert in a stadium near you. 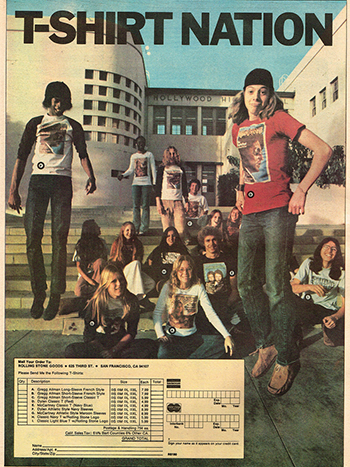 Let's not forget that other Rolling Stone, the magazine. The vintage ad and order form shows off some of the cover images you could purchase, including Bob Dylan and Greg Allman. One of those men just won a Nobel Prize! Hint: It's not Greg Allman. 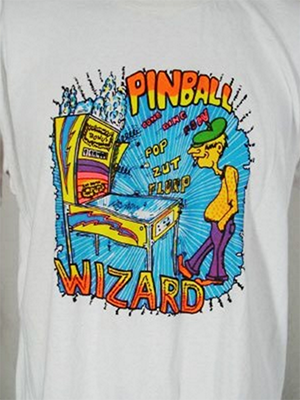 While we're on the topic of arena rock, we should mention that the Who inspired several designs of "Pinball Wizard" shirts. If you wore one of these in an arcade, you had better been able to play. 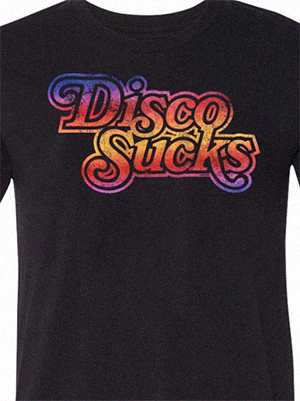 Disclaimer: We do not agree with this sentiment! We love disco. However, the T-shirt crowd was more into guitars. This vintage design by Roach Studios recently popped up in the new movie The Accountant. Roach was a major player in 1970s tees, as we shall see… 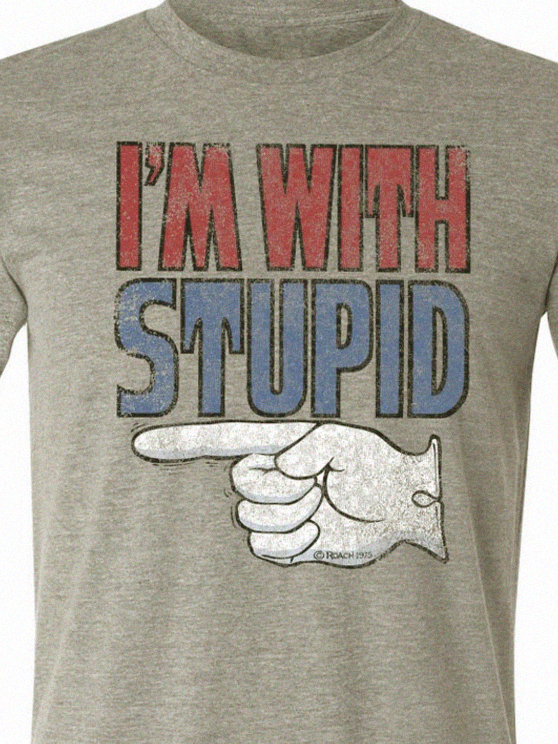 Another Roach Studios creation, from 1975, this classic gag made sure all your friends stood on your left. 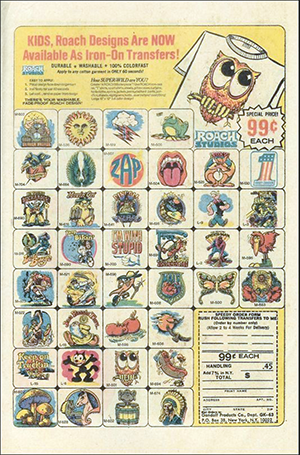 Of course, you could make your own Roach shirts at home, thanks to the company's nifty iron-ons. The order forms were in just about every comic book of the era, like this one. You'll see the "I'm with Stupid" in the middle here, along with "Keep on Truckin'." 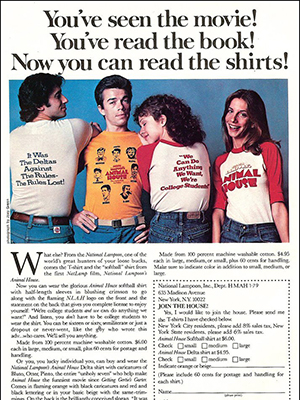 Movie merchandising took off at the end of the decade, after Jaws and Star Wars ushered in the era of the blockbuster. Also surprisingly popular: Animal House, the frat-house comedy that burst on the scene like a zit. (That's a reference. We're not just being gross.)

FIND DOZENS OF VINTAGE TEES IN THE METV STORE! 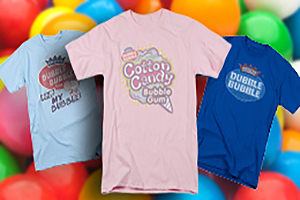 TonyClifton 4 months ago
At that age, the only shirt designs I cared about were the Captain America and Spider-Man iron-on transfers that I would buy in the back pages of "Famous Monsters" magazine. Back then wearing a Captain America t-shirt would get you beaten up. Today, you're praised for it. Just ahead of my time I guess.
Like Reply Delete