13 bygone tourist attractions we wish we could still visit

Our dream vacation includes a bite at the Brown Derby, a visit to the Mayberry set, and some cocktails at Walt Disney's bowling alley. 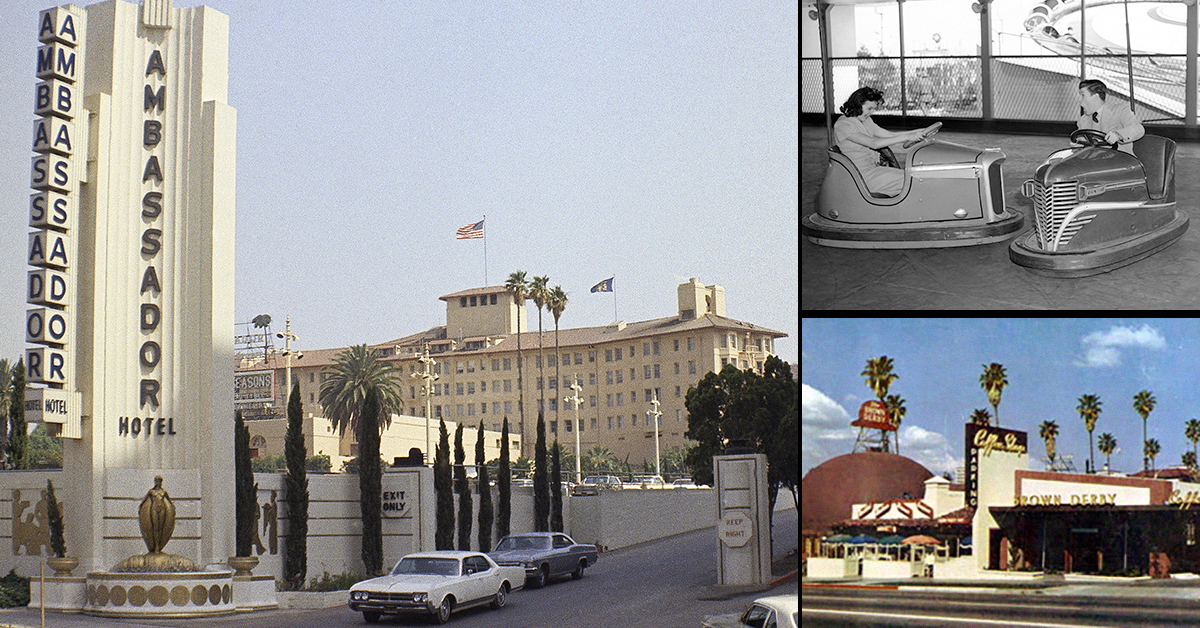 The vacations of our youth were filled with hotels, restaurants, stadiums and tourist attractions that no longer stand. We would pile into the car for a road trip to Marineland with stops at HoJo's along the way. Alas, landmarks of our past are constantly being razed and replaced with the new. Some grand old movie palaces and retro amusement parks do still exist though, thankfully.

Here are some long gone places we long to still visit. Load up the AMC Eagle station wagon, grab some hot grub from Arthur Treacher's Fish and Chips, and let's hit the road to the past!

What bygone buildings would you like to see again? 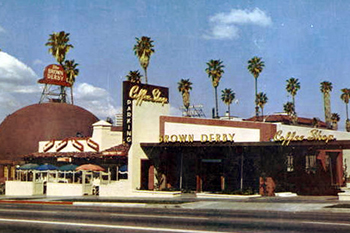 When Lucy Ricardo visited L.A. in "Hollywood at Last," she ate at the Brown Derby. Where else would have been better? All the stars noshed at this iconic restaurant. The Hollywood location, with its hat-shaped dome, was the most recognizable, but the Brown Derby had multiple locations around the Los Angeles area. 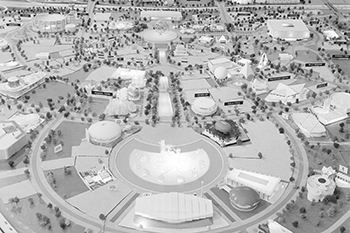 Ah, the dreams of the space age! The streamlined architecture, inspired by rockets and computers, captured the optimistic promise of the future. All the swooping, white curves and chrome were a mod dream. The Johnson Wax Pavilion looked like a U.F.O. While we're at it, let's bring back Chicago's White City, too.

3. The Ambassador Hotel and Cocoanut Grove 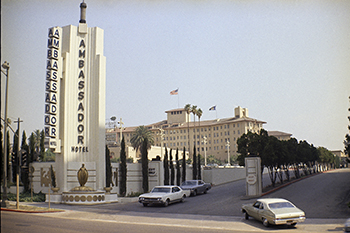 It was the early home of the Academy Awards. Celebrities constantly crossed the emerald carpet of the grand lobby. Errol Flynn, Lana Turner and Ginger Rogers schmoozed in the Cocoanut Grove nightclub. Dozens of movies were filmed in the hotel. As the assassination site of Robert F. Kennedy, the Ambassador was a piece of American political history, too. Alas, it was all demolished a decade ago.

4. The Stardust Casino and Hotel 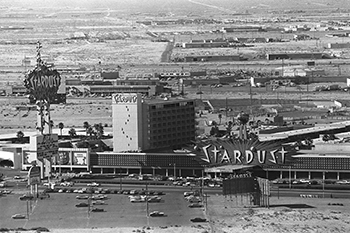 No city embodies the forward-moving march of American culture quite like Las Vegas. The former celebrity dens of the past are constantly demolished to make way for glittering new towers and dance clubs. The Sands, the Desert Inn, the Dunes… all are dust beneath the new Strip. Of all the old casinos, the Stardust has the most pull on us. Perhaps it was the mesmerizing sign that depicted the solar system, or maybe it was the Aku Aku Polynesian Restaurant and tiki bar, but this was the ultimate Vegas fantasy back in the day.

5. Bali Ha'i at the Beach… and many other original tiki bars 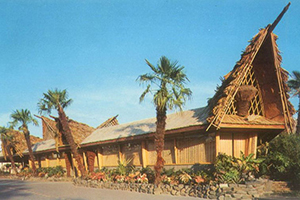 Speaking of tiki bars, this country was once riddled with joints serving Mai Tais and Chinese food in a sea of bamboo. Chains like Trader Vic's and Don the Beachcomber tapped into the same tropical dream that had Americans listening to surf music and exotica records. Boomers who grew up in New Orleans will attest that the beachside Bali Ha'i was the ultimate date spot. 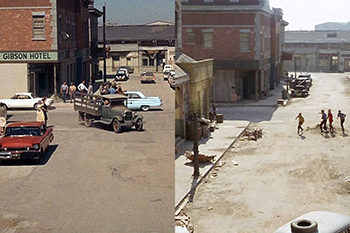 The "Main Street" set on this studio lot is seen in so many classics. It served at Mayberry, of course, and popped up a couple times on Star Trek. Batman and Adventures of Superman filmed here. Heroes like Tarzan and the Green Hornet were also seen in this Hollywood magic factory. Alas, it was razed in 1976. How cool would it be to tour Mayberry? 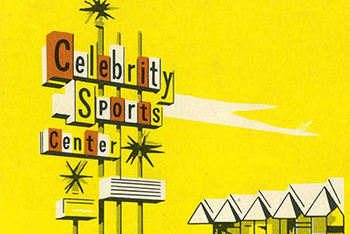 Located in suburban Denver, this entertainment hub was opened by Walt Disney and a slew of other celebs — Jack Benny, Bing Crosby, George Burns, Burl Ives and more. There was bowling, water slides, pinball, bumper cars, billiards and so much more. 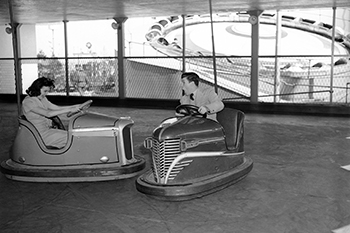 Written by Gong Show host Chuck Barris, the song "Palisades Park" was a smash in 1962. "I took a ride on the shoopty shoop / The girl I sat with almost, almost puked." Bruce Springsteen covered it, naturally. Overlooking the Hudson River, Palisades was one of the classic American theme parks. Condominiums sit there now, across the Hudson from NYC. 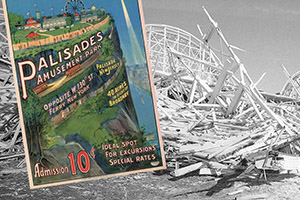 We'd also love to visit Astroland, Marineland and many others! READ MORE 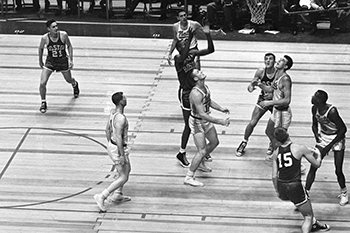 There are dozens of demolished sports arenas we'd love to visit again, from the Polo Grounds to the Astrodome. But that parquet floor tops is just so gorgeous. 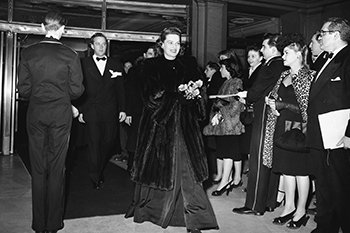 The massive, grand movie mecca featured nearly 6,000 seats and a golden, Spanish-styled auditorium. Sitting just off Times Square, the place even featured the world's largest oval rug. It was the golden age of Hollywood smack in the heart of the golden age of New York City.

11. The World of Sid and Marty Krofft 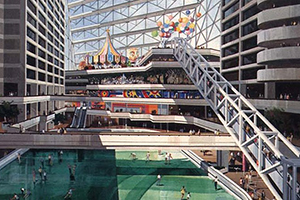 The pioneering puppeteers tried to get into the theme park business with this 1976 endeavor in the Omni International complex. The world's longest freestanding escalator led to the indoor playground that featured a human-sized pinball machine. Today, CNN's headquarters sit in the place. 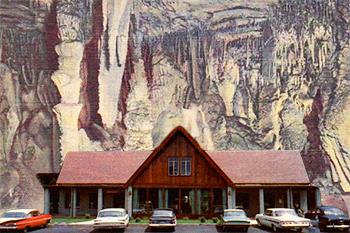 Caves and caverns were once the hottest family tourist attractions in the land. Nowadays, stalagmites and stalactites are not enough to wow kids. There were dozens of damp caves for casual spelunking, but many of them have closed down. The Wonder Cave just seemed, well, kind of wonderful. 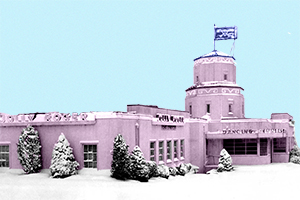 Covered in pink stucco, this pirate-themed, Art Deco eatery was a legend in the Seattle area. Despite the family theme, it carried a bit of a seedy reputation. But how bad can a place with $1.00 filet mignon be? In 1989, the Jolly Roger burned to the ground. Arrrrr. 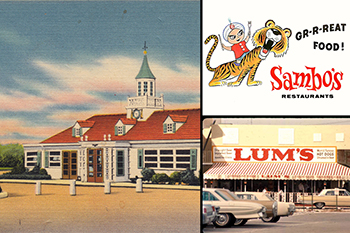 We'd like to grab a bite at Lum's, Wag's and more, while we're at it. READ MORE

Dan 19 months ago
The lyrics to "Palisades Park" are "I took a ride on a shoot the chute
That girl I sat beside was awful cute" not puked, lol.
Like Reply Delete

RobChapman 19 months ago
The Astrodome hasn't been demolished. And CNN Center no longer houses CNN, they moved to New York. It now houses several smaller subsidiaries of Warner Media.
Like Reply Delete