The series had a serious clothing budget and ties to both 'Star Wars' and 'Kill Bill.' 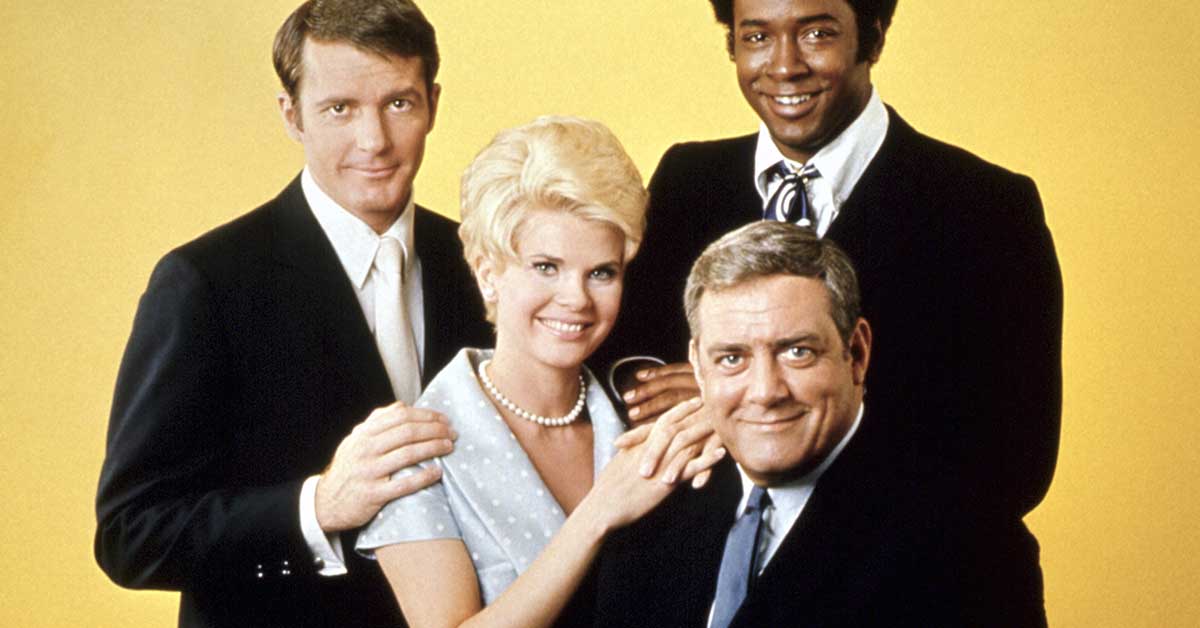 For eight seasons, from 1967–75, Burr portrayed the titular wheelchair-bound police consultant on Ironside. Robert T. Ironside was the Chief of Detectives in the SFPD, until a sniper's bullet paralysed him from the waist down. He is aided by his tough assistant, Mark Sanger (Don Mitchell), Det. Sgt. Ed Brown (Don Galloway) and a glamorous socialite-turned-cop, Eve Whitfield (Barbara Anderson).

With a picturesque locale in San Francisco and killer music, Ironside was a surprisingly hip hit. It's no wonder it's been referenced in everything from Mary Tyler Moore and Cheers to Tarantino movies and Better Call Saul.

1. Raymond Burr was not a big fan of his chair. 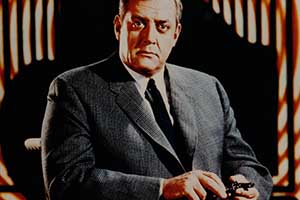 In the book Crime Television, Cy Chermak, executive producer of Ironside, recalled, "One year we changed the back rest from a drab brown to tiger striped motif. And Raymond hated that. He hated the chair and would be out of it every chance he got." 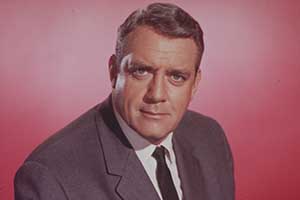 According to Raymond Burr: A Film, Radio and Television Biography, the actor flew to Australia on his birthday in 1970, as Ironside was on hiatus. However, he kept at it. He had a film crew shoot him with the Sydney Harbour Bridge in the background, and the footage was used in later episodes. With doctor's orders to rest, Burr flew to Fiji. Yet again, he shot scenes on the Fiji Islands, which were used in the episode "Return to Fiji." 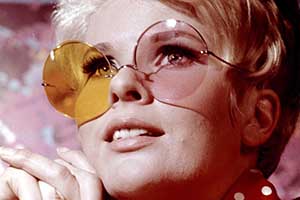 Anderson excelled as the spunky, mod socialite police officer Eve Whitfield. She earned an Emmy for Outstanding Supporting Actress in Drama Series in 1968, beating out Linda Cristal of The High Chaparral and Tessie O'Shea of The Strange Case of Dr. Jekyll and Mr. Hyde. She was nominated twice more, after the following two seasons. 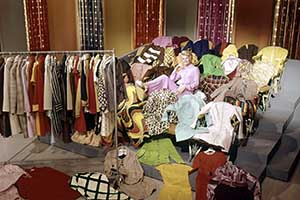 The show is worth watching for style hounds alone. In a profile on Anderson in the May 17, 1969, issue of The Chicago Tribune, series costume designer Grady Hunt estimated that her complete wardrobe, pictured here, carried a six-figure price tag — nearly a million bucks' worth after inflation! "Some of the suits she wears retail for $450 apiece," he said. Today, that's about three grand a pop. 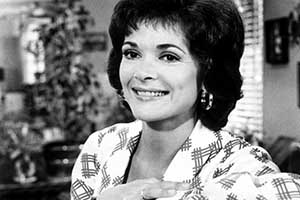 6. There were two crossovers with other shows. 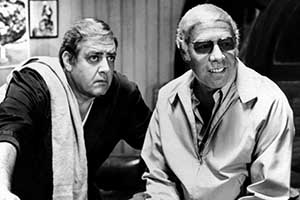 Ironside had two separate run-ins with characters from other series. He teamed with George Kennedy of Sarge to promote NBC's new show in 1971. Their two-hour caper was titled "The Priest Killer." Ironside also teamed with The Bold Ones: The New Doctors for a two-parter.

With its distinctive siren-like electronics and horn blasts, the opening theme was one of the coolest of the era. Legendary musician-producer Quincy Jones crafted the track, which appeared as a funky, extended workout on his 1971 album Smackwater Jack. Quentin Tarantino would recycle the dramatic motif in Kill Bill, whenever Uma Thurman was entering a rage. Jones composed the entire score for the first eight episodes of the series.

8. Ironside's headquarters were actually destroyed in 1968. 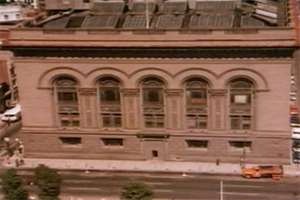 Ironside based his operations out of the fourth floor of the Old San Francisco Hall Of Justice. However, in 1968, the structure was demolished in real life, shortly after the series kicked off. A Hilton now stands on the site.

Max faced off with a Burr clone in "Leadside." 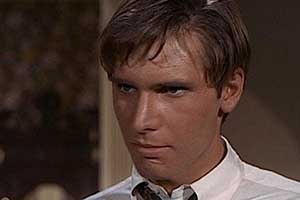 Yep, that's Harrison Ford, who pops up in 1967's "The Past Is Prologue," in one of his earliest credits. Trekkies should take note, too, as George Takei ("No Motive for Murder"), Walter Koenig ("The Summer Soldier") and DeForest Kelley ("Warrior's Return") also turn up. Of course, there is the aforementioned Shatner, who guested in a few episodes including "Little Jerry Jessup" and "Walls Are Waiting."

11. Ironside was one of Burr's final roles, too. 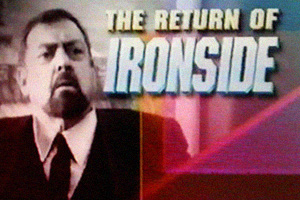 In 1993, months before his death, Burr starred in the TV movie The Return of Ironside. The character was now sporting a goatee and living in Denver. Sadly, by this point, the wheelchair was no act. Burr was suffering from kidney cancer and required the chair. 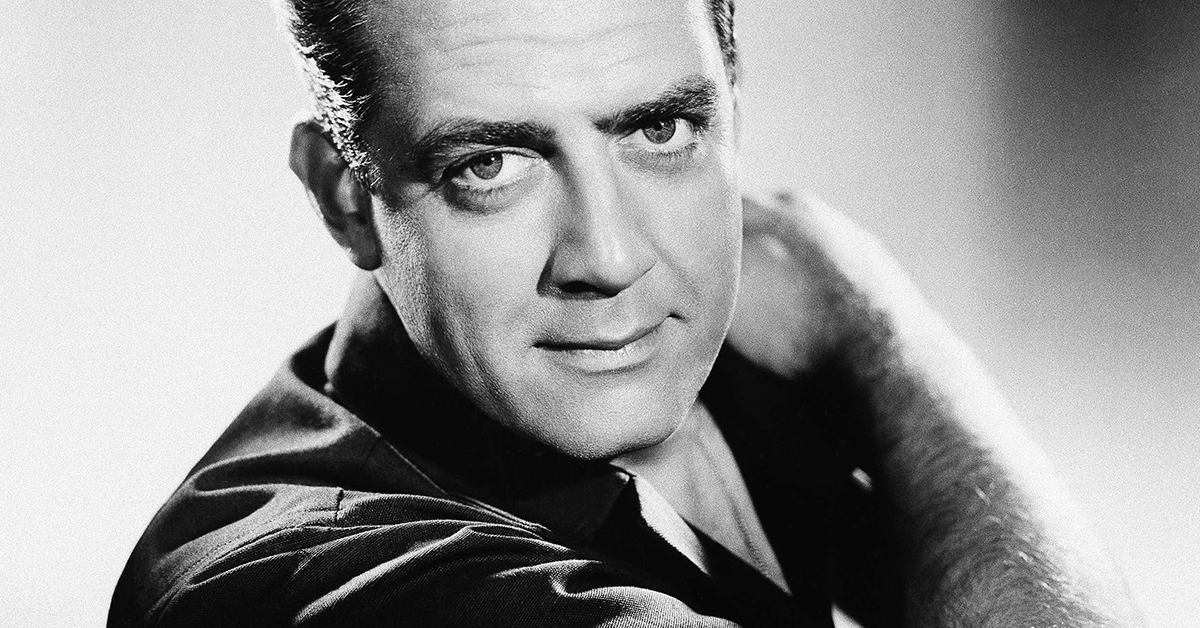 Learn more about the legendary Perry Mason star. Did you know he was also Marshal Dillon, too? READ MORE