No one in the world will ever love Harper as much as we do. 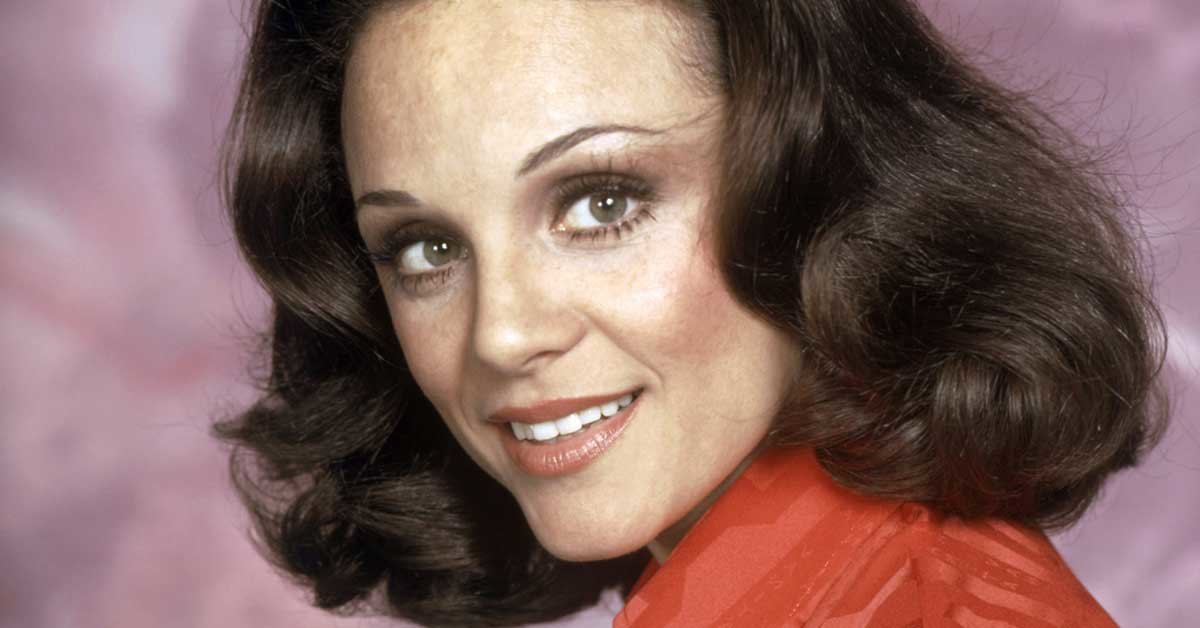 Every once in a while, the perfect actress comes along for the right part, and TV history is made. That's how we always think of Valerie Harper, who was cast as Rhoda Morgenstern on The Mary Tyler Moore Show when she was relatively unknown as an actress. She made the part her own, changing the written villain Rhoda into Mary Richards' closest confidante, and she was rewarded by lines Moore tossed her way that definitely helped immortalize the snarky humor that led to the much-loved spin-off Rhoda. 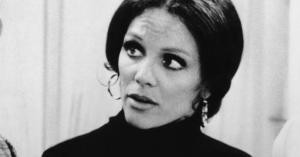 Before Harper became Rhoda, she was a studied dancer, and her storied path to stardom starts in Radio City Music Hall, sidesteps into Second City, and culminates in inspiring bouts of activism.

All of this adds up to a special star whose endless pool of talents, whether she was doing a silly song and dance on The Muppet Show or snagging multiple Emmy Awards for stealing scenes on our favorite TV shows.

Here, we examine the most fascinating snippets from her intriguing rise to fame.

1. Her first paying job was dancing at Radio City Music Hall in 1956. 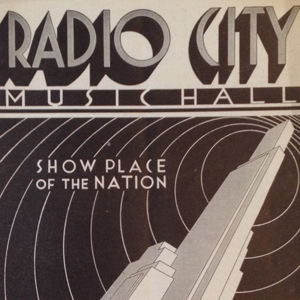 After devoting her childhood to training as a dancer, Harper landed her first paying job as a replacement dancer in the Corps de Ballet at Radio City Music Hall, where the Rockettes were the headlining act. She was only 16 at the time. 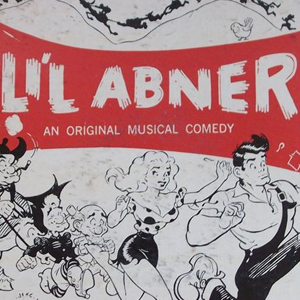 In her biography, I, Rhoda, Harper describes the tryouts for the Broadway show Li'l Abner as a "cattle call," but she managed to beat out the others and land her role as a dancer through sheer athleticism. Her varied training as a dancer went beyond ballet, including jazz and even roller-dancing. She says it better prepared her for Li'l Abner's challenging physicality. Other Broadway casts she joined included Wildcat (with Lucille Ball!) and Take Me Along.

3. She toured with Second City soon after studying acting. 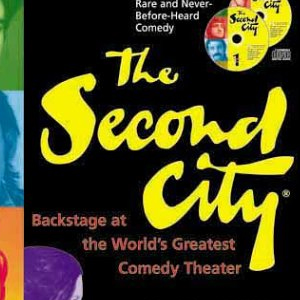 When Harper was ready to move from dancing into acting, it didn't take long for her to be led to join Second City's cast. In the mid-'60s, she joined Paul Sills' Story Tellers and toured the country, quickly gaining attention as a standout performer and actress. 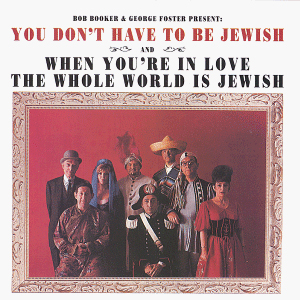 In 1966, Harper voiced various characters for the comedy LP When You're in Love the Whole World Is Jewish. It was a sequel to You Don't Have to be Jewish, a popular release from the previous year. Harper was brought onboard after the actress from the first album, Arlene Golonka (who notably played Millie Hutchins on The Andy Griffith Show), could not return. Harper and Golonka were pals and the latter recommended Harper as her replacement.

5. She co-wrote an episode of 'Love, American Style'. 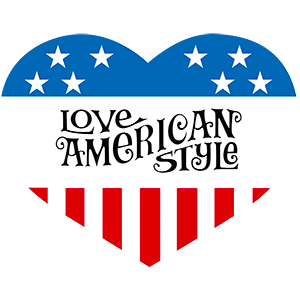 The sole screenwriting credit to Harper's name was a 1970 episode of Love, American Style that she co-wrote with her then-husband, Dick Schaal. That episode, "Love and the Visitor," had a pretty amusing premise: An anthropologist and an archaeologist find themselves in a love triangle with a gorilla.

6. Mary Tyler Moore gave Harper some of her best jokes 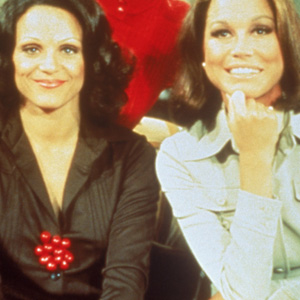 In an interview with the Archive of American Television, Harper discussed working with actress Mary Tyler Moore on The Mary Tyler Moore Show. According to Harper, Moore would occasionally read her lines and hear them more as "Rhoda lines," giving away some of her best jokes and paving the way for Rhoda to grow as a character as beloved as Mary Richards. Of course, Rhoda went on to become a popular spin-off, and Harper won four Emmy Awards and one Golden Globe for her work as Rhoda.

7. Despite her fame as Rhoda, Harper was nominated as "New Female Star of the Year" in 1974. 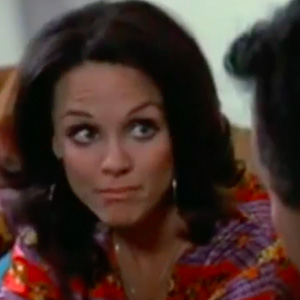 Harper joined the cast of Freebie and the Bean, playing the Alan Arkin's on-screen wife Consuelo. The cast was star-studded, with Arkin and Harper alongside James Caan and Loretta Swit, but it was Harper who stood out, nominated for a Golden Globe as "New Female Star of the Year" in 1974, despite how familiar her face had already become to fans of The Mary Tyler Moore Show.

8. Harper parodied Marilyn Monroe on 'The Muppet Show' in 1976 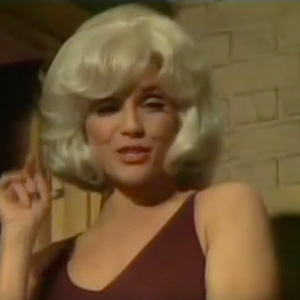 Harper was one of the first guest stars featured in the original season of The Muppet Show in 1976, playing a character who dreams of being good enough for Broadway. Through a series of costume changes, Harper convinces Kermit she's got the stuff to make it, including a funny turn as a Marilyn Monroe type.

9. She was awarded $1.4 million in her settlement with NBC over 'Valerie'. 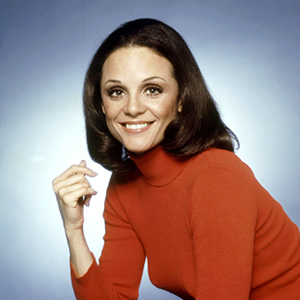 In the mid-'80s, Harper returned to TV to star in Valerie on NBC, but the network fired her after two seasons, over an issue with her salary. (As you'll learn below, Harper was very involved in fights for equal pay at that time.) She sued NBC for breach of contract. During the court proceedings, the judge found that her claim was unfounded and dismissed it — but not before also noting that NBC had wrongfully fired Harper. For that, she was awarded $1.4 million. NBC kept the series going, killing off her character, but not cutting off the actress who inspired it, as her wrongful firing also meant NBC had to share 12.5% of Valerie's profits with her. 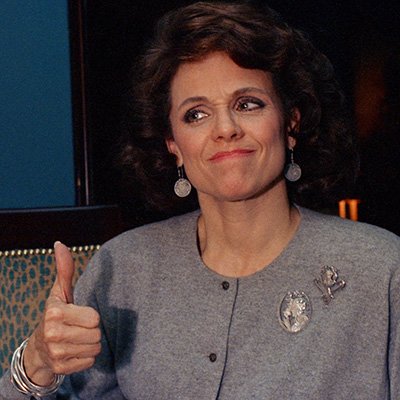 Soon Harper evolved from acting into an activist. As an advocate for the Equal Rights Amendment in 1980, she was an active, vocal chairwoman of a Committee to Ratify ERA, which included stars like Barbra Streisand, Henry Winkler, Ed Asner, John Ritter and more. She fought for equal pay for women and publicly attacked labor laws that restricted a woman's rights to earn. Later, her activism would grow to also include a 1983 charity dedicated to helping needy kids in Los Angeles. L.I.F.E. (Love Is Feeding Everyone) would partner with major corporations to donate funding that fed millions annually, as reported by The Los Angeles Times in 1990.

11. She married her fitness instructor. 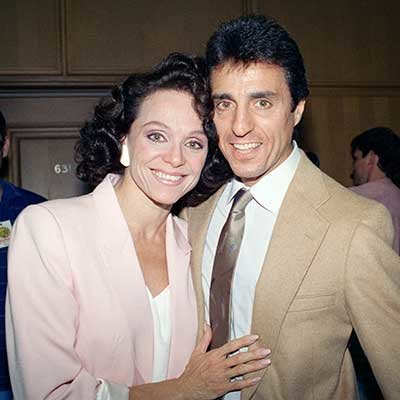 John Ritter dubbed him "The Lone Re-Arranger." Personal trainer Tony Cacciotti had whipped the Three's Company star into shape. The Hollywood fitness guru had also toned up John Travolta for Saturday Night Fever and Richard Gere for American Gigalo. Harper paired with Cacciotti as she prepared for a swimsuit scene in 1979's Chapter Two. Her three-hour-per-day, six-day-a-week regimen with Cacciotti led to romance, as reported by People in a rather dated cover story. The two married in 1987 and stayed together.

Msmenowhat50 2 months ago
What happened to the Rhoda re-runs. I've been searching everywhere?
Like Reply Delete

rotiri 41 months ago
..I am making a good salary from home $1200-$2500/week , which is amazing, under a year back I was jobless in a horrible economy. I thank God every day I was blessed with these instructions and now it's my duty to pay it forward and share it with Everyone, Here is what I do........... > www.2salary.com

LarryLeGros 41 months ago
Mary and Rhoda, just like Andy and Barney and so many others. What other duets can someone think of?
Like Reply Delete

JManSGV 41 months ago
It was Paul Sills' Story THEATER, not Story Tellers.
Like Reply Delete

Jon 41 months ago
NBC didn't own the sitcom VALERIE, nor did it profit from the series in syndication. Ms. Harper's lawsuit was against Lorimar, the production company for her series, not against NBC.
Like (1) Reply Delete

moax429 Jon 41 months ago
And now Warner Bros. owns that show, as well as its sequel series. They would most likely be the ones who profited from the reruns of "Valerie" and "The Hogan Family"
Like Reply Delete

jacko3 41 months ago
Brought great comedy and fun to many shows over the years ... especially with the beloved Mary ( and her really talented gang)... GOD Rest Valerie ('Rhoda')!
Like (1) Reply Delete

Edward 41 months ago
Beautifully photogenic gal. Heck of a talent as well.
Like (1) Reply Delete

teire 42 months ago
Always liked the episodes with Mary and Rhoda best, they made such great friends.
Like (2) Reply Delete

Barry22 42 months ago
I remember the time she hosted ABC's Fridays. Always liked her.
Like Reply Delete

UTZAAKE 42 months ago
4. The album's most famous track is Frank Gallop's "The Ballad of Irving."
Like (1) Reply Delete

JaneWilcox UTZAAKE 41 months ago
Someone gave the album to my dad just because his name was Irving, and we grew to love the whole album. it was a riot. We even bought the 45 of the sequel, I think it was Seymore. Son of the 142nd Fastest Gun in the West
Like Reply Delete

ccsings 42 months ago
Ms. Valerie Harper is an enormously sweet, real, humble and beautiful human being. I remember hearing that she had brain cancer probably 10 years ago. My mother and I had the good fortune to run into her and her “crew” on a flight from Los Angeles many years ago. We noticed her — and her unmistakable laugh- very quickly. We waited patiently to just tell her what longtime fans we are. She stopped and with a beautiful smile, said a hearty “Thank You!” and I think something about “I hope we weren’t too loud!” May she continue to be surrounded by the great love she well deserves and rest well. Job done extremely well #valerieharper
Like (5) Reply Delete

SheriHeffner 42 months ago
I loved Rhoda Morgenstern but I didn't watch Rhoda because I had to go to bed early. However I DID see it in reruns. And I never knew Valerie was still getting paid for Valerie's family, then known as The Hogan's.
Like Reply Delete