Where To Watch Shop Store Contact
Home / Stories / 11 earthquaking facts about 'Land of the Lost'
Did you know?

11 earthquaking facts about 'Land of the Lost' 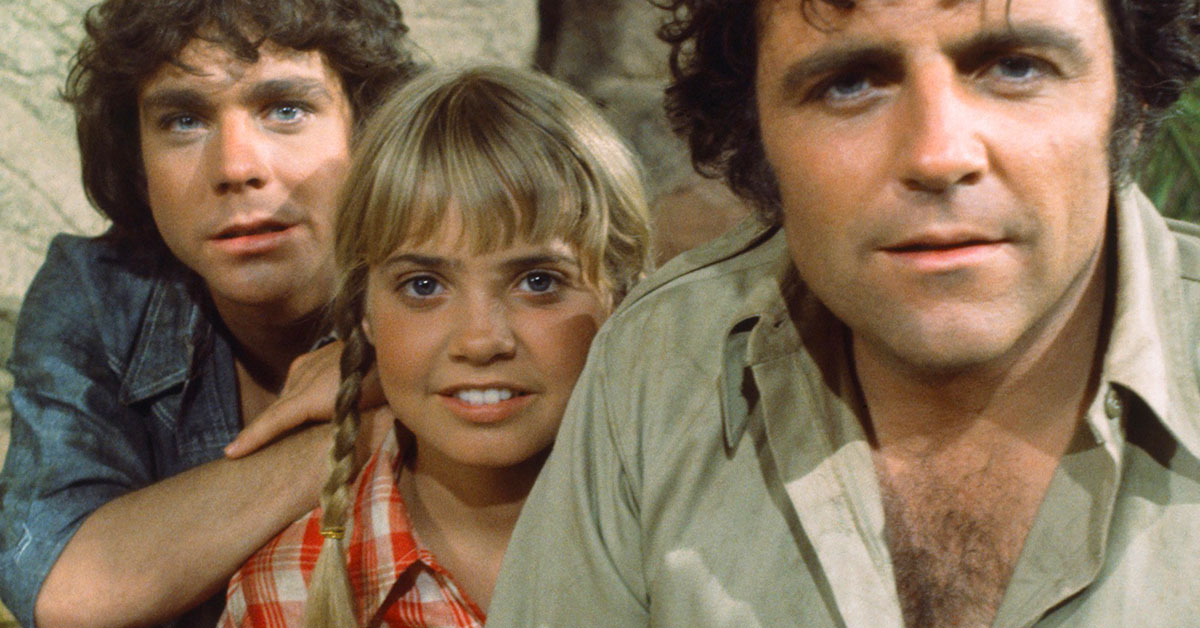 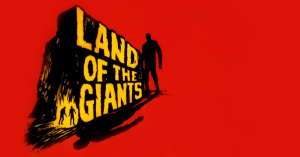 10 larger than life facts about Land of the Giants

Marshall, Will and Holly were on a routine expedition in their tiny raft when a massive earthquake struck. The rest, as they say, is history. Or, in this case, prehistory.

With its mix of stop-motion animation, creepy creatures and teen idols, Land of the Lost sunk its hooks into the subconscious of Seventies children. The Sid and Marty Krofft production aired for three seasons, from 1974 to 1976. The Saturday morning staple spawned truckfuls of toys and merchandise. Was there a more enviable way to tote your PB&J to middle school during the Ford administration than a Land of the Lost lunch box?

It may be the low-budget, green-screen effects that stick in your memory, but there was some serious brainpower behind this beloved series. The list of creators includes Award-winning novelists and professors with Ph.D.s. These days, you can catch Land of the Lost every Saturday on MeTV.

Without further ado, let's travel down the waterfall and into the Land of the Lost… 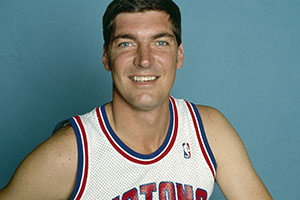 Laimbeer was the son of a dentist attending high school in Palos Verdes, California, when he slipped on the Sleestak costume. Later, the intimidating center would attend the University of Notre Dame and become a key member of the "Bad Boy" Detroit Pistons.

2. There were just three Sleestak costumes. 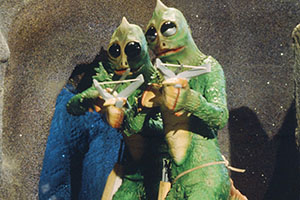 Speaking of those green meanies, there were a mere three Sleestak costumes made due to budget constraints. Their numbers would occasionally be multiplied via camera effects, but typically you only see three of them at a time.

3. The network simply asked Sid and Marty Krofft for "something with dinosaurs." 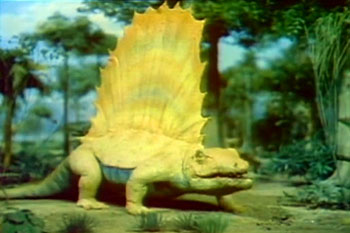 The Kroffts had created memorable characters like H.R. Pufnstuf. According to the book Sid and Marty Krofft: A Critical Study of Saturday Morning Children's Television, 1969-1993, NBC had only one request when they approached the brothers for a new series — they wanted some dinosaurs. And how the Kroffts delivered! Viewers could spot creatures like the Tyrannosaurus, the Allosaurus, the Dimetrodon and the Coelophysis. 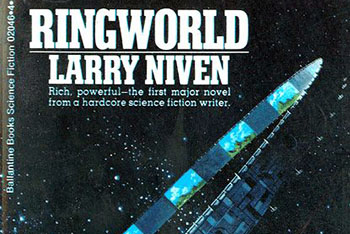 Ringworld creator Larry Niven, the Hugo, Locus and Nebula award winner who was recently named a "Grand Master" by the Science Fiction and Fantasy Writers of America, contributed scripts to the series, as did Ben Bova, a six-time Hugo winner.

5. The man who came up with Tribbles created the Sleestak. 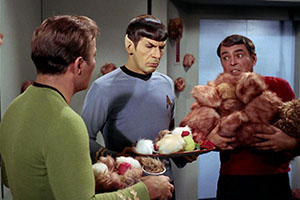 David Gerrold was another skilled mind and co-creator who dreamt up stories for Land of the Lost. In the 1960s, the writer had invented "the Fuzzies" for Star Trek, a concept that evolved into the iconic Tribbles of season two. In 1976, Gerrold published a book about his unforgettable episode. The Kroffts approached Gerrold to write for Land of the Lost. He recalled the brothers approaching him in an interview, "'There's this family, and they fall down a waterfall, and there's dinosaurs, and monkey-people, and a couple of other things.' [The Kroffts] said, 'Can you do something with this?'" Indeed he could, as he came up with the Sleestaks. 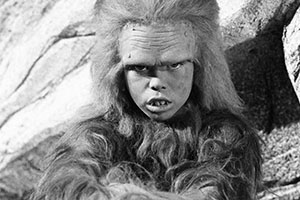 Victoria Fromkin, Ph.D., from UCLA, developed an entire 300-word vocabulary and syntax for the series. The writers would pass her scripts, and the linguist would translate lines into her invented Pakuni language. Her goal was to create something children could learn. The vocabulary included words like abuma (girl), ometa (time) and wam (run). Plurals were formed by adding "-ni." Adjectives followed nouns. Read more about the language in a 1976 TV Guide article.

7. The production featured many veterans of Star Trek. 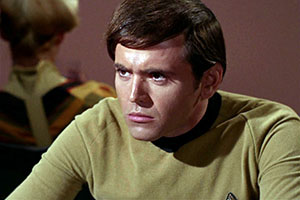 While on the subject of Star Trek, we should mention Land of the Lost's many ties to the sci-fi franchise. Veteran Trek writers D.C. Fontana, Margaret Armen and Norman Spinrad — as well as Chekov himself, Walter Koenig — came aboard to constribe teleplays. Longtime Trek makeup artist Michael Westmore, and longtime production designer/art director Herman Zimmerman, also worked on this series.

The entire premise of the show is right there in the title — a family is stuck in a strange land with no way home. So the producers faced a conundrum when Spencer Milligan, the actor who played the elder Rick Marshall, jumped ship after the second season. The reason? He wanted a bigger cut of the merch. "We had a difference of opinion, let's put it this way, on using my face for stuff and paying me — lunch boxes, compasses — where they were selling them," he later explained. "I thought it was only fair that everyone should get their fair share." The show replaced the dad character with his brother, Uncle Jack, which lowered the stakes, as it was revealed people could fairly easily jump through portals to leave. In the third season, producers slapped a wig on a crew member and filmed him from behind to show the fate of Rick.

9. The theme song had to be rewritten after Milligan left. 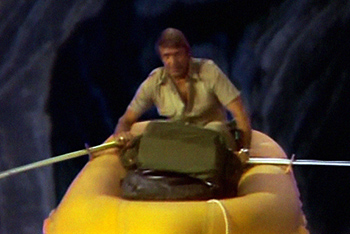 That catchy ditty needed updating once Rick was out of the picture. The theme song was rewritten to explain: "Will and Holly Marshall / As the earth beneath them trembled / Lost their father through the door of time / Uncle Jack went searching / And found those kids at last." 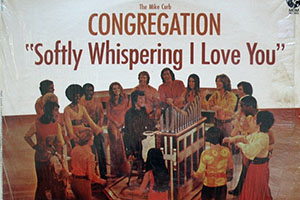 Coleman was hardly a teenager when she joined the sprawling musical act in 1972. Curb later became the president of MGM Records, and in 1970 famously axed a load of bands that "promote and exploit hard drugs through music" (according to a quote in Billboard) including the Velvet Underground. He would go on to serve as lieutenant governor of California. Here's footage of Coleman singing in Curb's bubblegum group.

11. Wesley Eure was going to replace David Cassidy on 'The Partridge Family.' 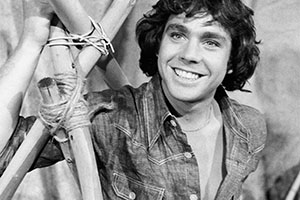 The actor behind the other Marshall child had musical chops, too. (Not to mention ties with Mike Curb.) Eure, who simultaneously starred on Land of the Lost and Days of Our Lives, was cast to replace David Cassidy on The Partridge Family. He was to play the friendly, singing neighbor of the clan who joins the group. However, the series was canceled before that concept could ever come to fruition.