Which actor do you think was the ultimate Ape Man? 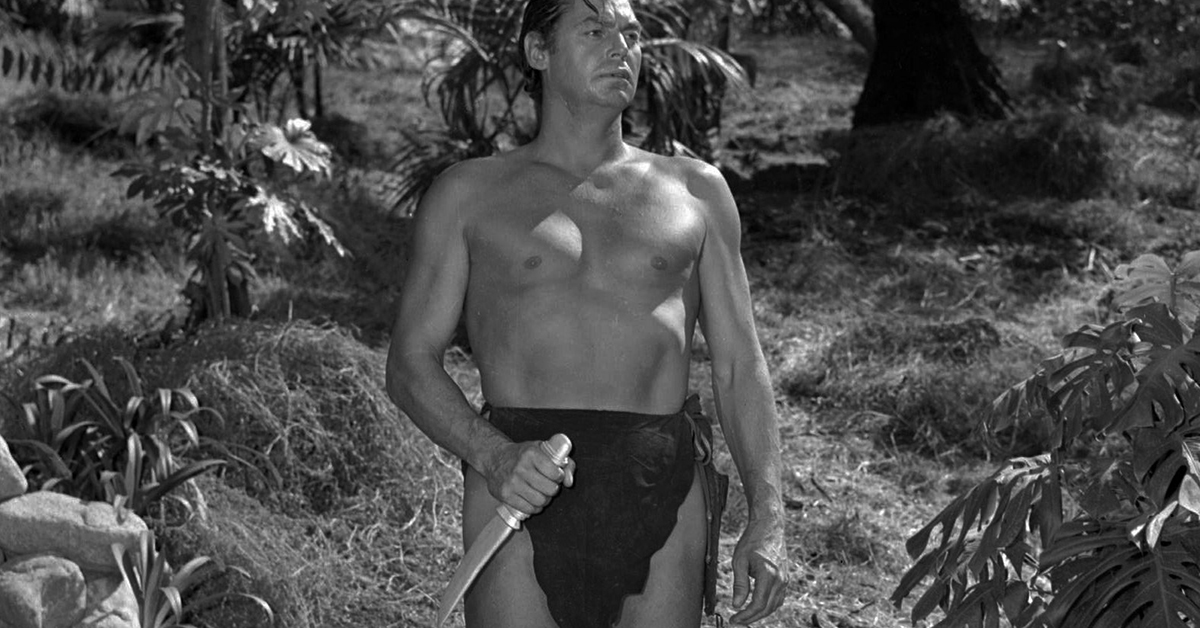 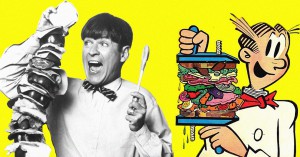 The latest in a long line of vine-swinging adventures, The Legend of Tarzan seems more like a requirement than a reboot. Every generation has its Tarzan. Well, earlier generations had several to choose from. Edgar Rice Burroughs' iconic Ape Man has been a movie hero about as long as movies have been around. He made his debut in 1918 and a sequel quickly followed… in 1918.

For the past 98 years, dozens of men have played Tarzan with varying levels of seriousness, in various hairstyles, in various states of undress. There are too many adaptations of the character to list here, from Herman Brix in The New Adventures of Tarzan to Joe Lara in Tarzan in Manhattan to Christopher Lambert in Greystoke.

Here are some historically significant and favorite portrayals of Tarzan. Who do you consider the ultimate Tarzan? 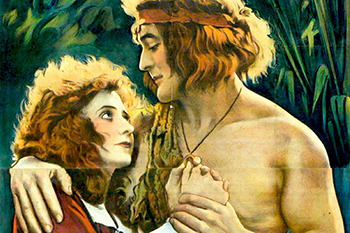 With his lantern jaw and linebacker build, Lincoln became the first man to don the loincloth for 1918's Tarzan of the Apes, which faithfully adapts the first half of Burroughs' novel, finishing the tale later that year with the subsequent The Romance of Tarzan. A few years later, the Indiana native would appear in The Adventures of Tarzan serial. Alas, the silent era star was never heard. 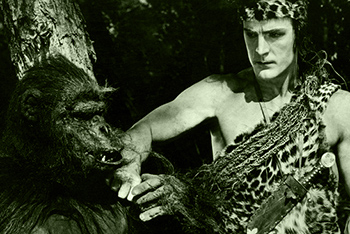 By 1929, Merrill was already the fifth actor to play Tarzan. Though his Tarzan the Tiger serial for Universal was filmed silent, sound was partially dubbed in, giving Hollywood its first Tarzan yell. However, Tarzan's trademarked, warbling holler was still a ways off. Merrill instead shouts "YEE-AH!" as if he stepped on a nail. 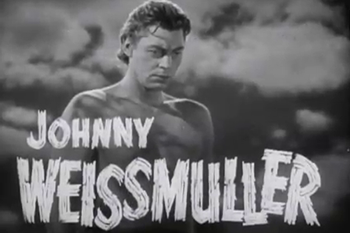 For many, Weissmuller is synonymous with Tarzan. Another Olympic swimmer — one decorated with five gold medals (and a bronze for water polo) — the 6' 3" Adonis was the first Tarzan to deliver that distinctive yell. He first stepped into the jungle for 1932's Tarzan the Ape Man, and the athletic actor would go on to star in about a dozen Tarzan flicks over the following two decades. In 1955, somewhat typecast, Weissmuller would land a television series as Jungle Jim, based on the popular newspaper comic. 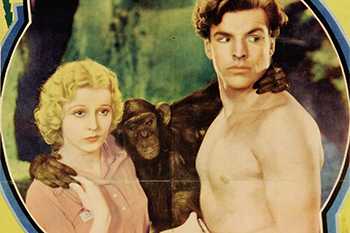 The Olympic swimmer landed the trifecta of Golden Age action heroes. After appearing as Tarzan in the 1933 serial Tarzan the Fearless, Crabbe went on to play Flash Gordon and Buck Rogers (not to mention Billy the Kid). 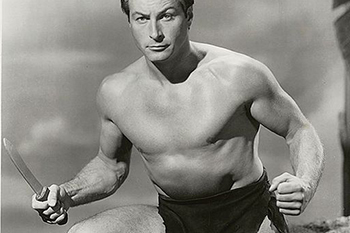 Beginning with Tarzan's Magic Fountain in 1949, Barker became the tenth man to play Tarzan, going on to appear in five pictures about the Ape Man, up through 1953's Tarzan and the She-Devil, which featured Raymond Burr as a poacher. 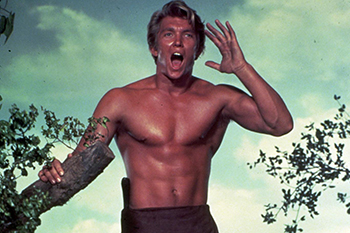 The well-bronzed Miller holds the certain distinction of being the first blond Tarzan, appearing in Tarzan, the Ape Man in 1959. Later, he would move on to Westerns, appearing on shows like The Rifleman before landing a regular gig on Wagon Train. Miller would also, in a way, bring the character to Gilligan's Island, when he appeared as a method actor playing "Tongo the Ape Man" in "Our Vines Have Tender Apes."

Image: MGM via The Independent 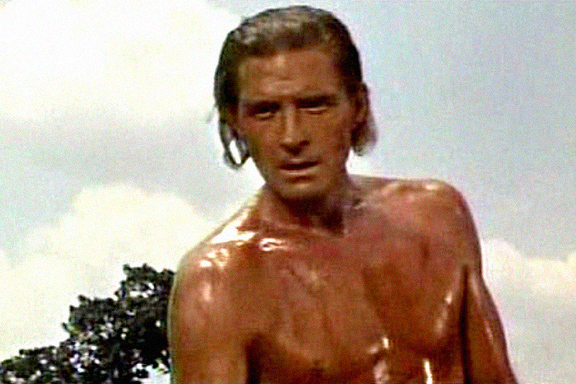 In 1948, Mahoney would audition to replace Weissmuller and ultimately lose the job to Lex Barker. However, he eventually got his chance in a couple of cheap flicks shot overseas in the early 1960s, Tarzan Goes to India and Tarzan's Three Challenges. When the latter, Thailand-shot popcorn adventury hit screens in 1963, Mahoney became the oldest man to ever portray Tarzan at 44 years old. That record still stands. If Alexander Skarsgård gets to make a sequel in five years, he could break the record. 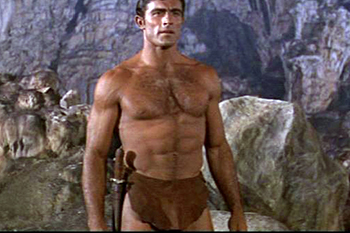 Tarzan with a six pack. The jacked former linebacker for the Steelers and Rams would play Tarzan in three 1960s films, beginning with Tarzan and the Valley of Gold in 1966. He would turn down the chance to play the character on television, however.

At last we get to the small screen. Ely ran, swam and swung through the jungle for two seasons on NBC's Tarzan, beginning in 1966. He faced stiffed competition in an incredibly geek-tickling hour of TV that pitted The Green Hornet, The Wild Wild West and Tarzan against each other on Friday evenings. Tarzan would win the ratings war that debut season, and would lead into Star Trek the following year. 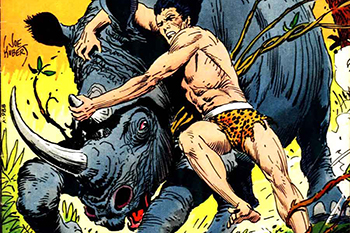 Tarzan has a long history in comic books, as well, dating back to newspaper strips in 1929. In 1972, DC Comics took over the property, adding the Ape Man to a stable of heroes that included Batman and Superman. Legendary artist Joe Kubert, at the top of his game, scripted and drew Tarzan stories that would dazzle Burroughs aficionados. This 2-D iteration deserves its place alongside Weissmuller. 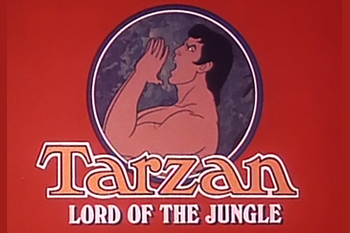 For those that grew up in the 1970s, the high point in Saturday morning cartoons, there was Tarzan, Lord of the Jungle. The Filmation series aired on CBS. Veteran actor Ridgely gave voice to the rotoscoped animation, and he would go on to play Thundarr the Barbarian, too.