America’s #1 Classic Television Network
Find your local MeTV station
Where to watch
See when your favorite shows are on
See schedule
Personalize MeTV.com to follow your favorite shows
Free sign-up
Shop your favorite shows in the MeTV Store
Shop Now
Home / Stories / 10 ways the Andy Griffith Show pilot was radically different from the show
Did you know?1960s

Who is Henrietta Perkins and where is Barney?? 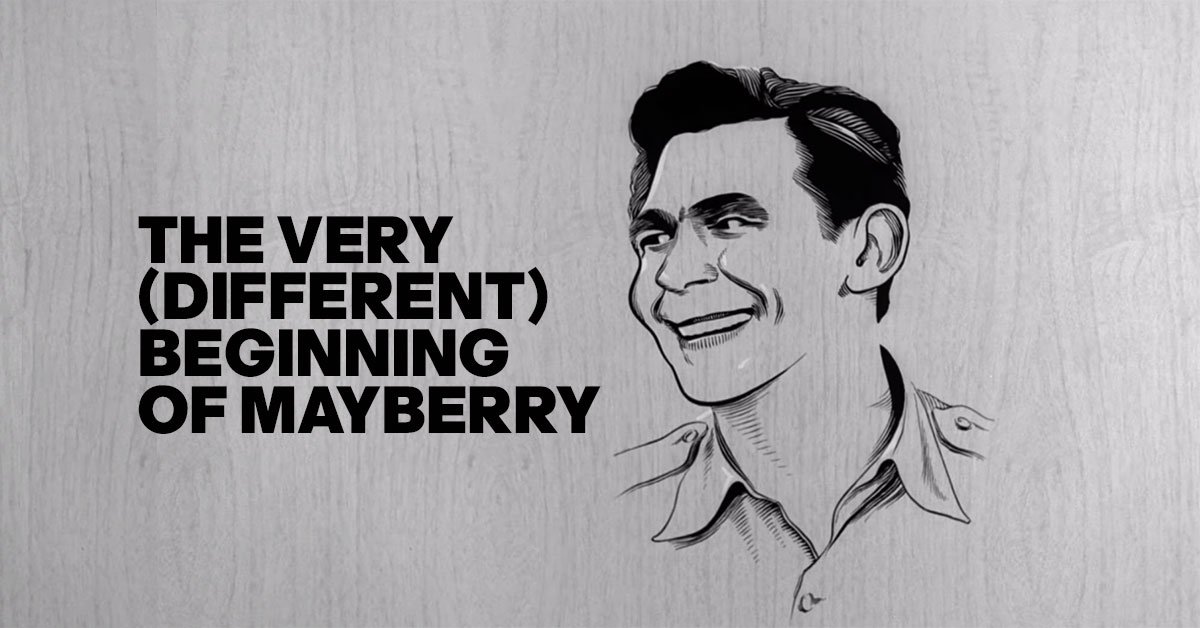 On February 15, 1960, television history was made in an unlikely place. It was the 20th episode in season seven of The Danny Thomas Show. It is rare for a sitcom to air a landmark episode that late in its run. The series formerly known as Make Room for Daddy had recently switched networks, but it remained one of the most-watched shows on television.

What made episode No. 205 so monumental was its guest star and its setting.

You see, the episode that aired that Monday evening was "Danny Meets Andy Griffith." It was the pilot episode for a rural comedy called The Andy Griffith Show. You are certainly familiar.

But this introduction to the world of Mayberry was entirely different, and not just because Danny and his family turn up in the small North Carolina town.

Some of the actors were familiar, but the characters aside from Andy and Opie were entirely different. And even the beloved father and son duo had some unfamiliar characteristics. Let's take a look. 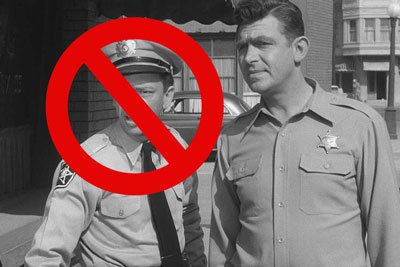 Don Knotts was nowhere to be found. In fact, the evening the pilot aired, Knotts was playing bridge over at his buddy Pat Harrington's house. They watched "Danny Meets Andy Griffith" together. The following morning, Knotts phoned up Andy, his former No Time for Sergeants costar, and asked, "Don’t you think Sheriff Andy Taylor ought to have a deputy?" He talked his way into a Mayberry job!

2. Frances Bavier was not Aunt Bee. 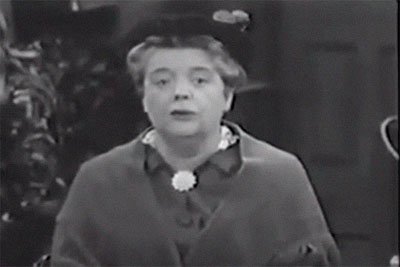 Everybody knows Bavier best as Aunt Bee, but in the pilot, the actress portrayed a local widow named Mrs. Henrietta Perkins. Henrietta shows up at the police station to file a complaint, as mean ol' Mr. Johnson has been gouging her on rental fees for a suit. She rented the suit for her husband's funeral. Unfortunately, he was buried in it. Two years prior. Meanwhile, Andy does mention a relative named "Aunt Lucy."

3. There was a different town drunk. 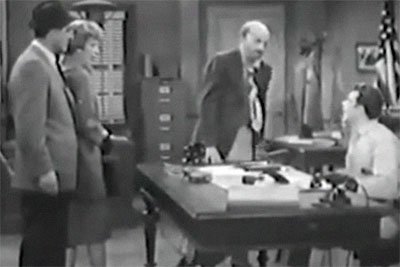 Frank Cady is most familiar to fans of classic television for his role in the Hooterville universe, having played Sam Drucker on The Beverly Hillbillies, Green Acres and Petticoat Junction. In the Andy pilot, however, he is Will Hoople, the "town drunk." That's right, he had the role before Otis Campbell. Here's the weird part — Cady later showed up on The Andy Griffith Show in "The Rehabilitation of Otis," playing Luke, the town drunk of nearby Mount Pilot.

4. The jailhouse had a different layout. 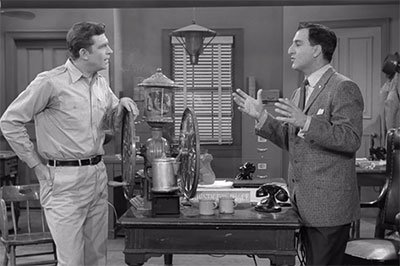 The jail set looked entirely different, from its more rustic interior design to the floorplan. The front entrance was on the opposite side of the stage. Andy's vintage desk with its antique phone sat in a different place. The pilot really played up the dated feel of Mayberry, as seen in this ancient coffee maker. Oh, Andy was promoting Maxwell House, which might seem unfamiliar to those used to Mayberry characters pushing sponsors like Sanka and Post Cereals.

5. Andy was much meaner.

The premise of the episode is this: Danny Williams is in a hurry to get back to New York for an interview on a big TV show. That's why he blows right through a stop sign in the sleepy town of Mayberry that he happens to be passing through. Andy pulls him over and arrests him. Danny curses Andy as a "rotten apple" and "imitation Wyatt Earp." Andy bites back and suggests Danny is attempting blackmail. Overall, the sheriff (and justice of the peace) showed a more calculating, spiteful persona.

6. Andy was also the editor of the local newspaper. 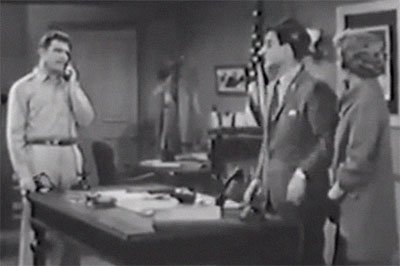 One of the running gags in the pilot is Andy wearing several hats. Mayberry being such a small town, Andy Taylor wields much power as the law and order… and the press. When Danny threatens to take Andy's corruption to the media, Andy answers the phone as the editor of The Mayberry Gazette. He did not have such a job on The Andy Griffith Show.

7. The mean old rich man had a different name. 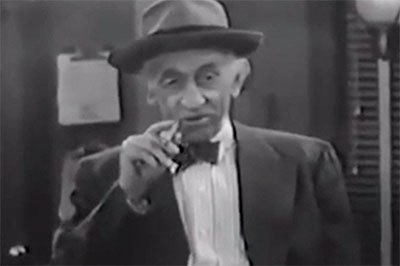 We mentioned Henrietta Perkins' beef with Mr. Johnson, portrayed by Will Wright. You recognize him as a similar Mayberry character — he later played the wealthy and crotchety Ben Weaver on The Andy Griffith Show. Similar Scrooge-like character, different name and position in town. 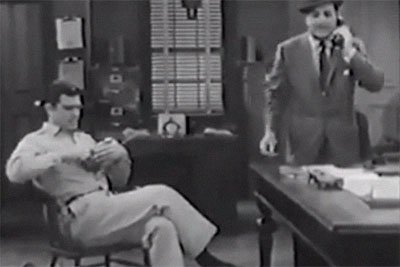 Sheriff Andy typically strums a guitar when kicking back on The Andy Griffith Show. In the pilot, however, he frequently whittles away at some wood with a knife. We see him carving a bird of some sort (a goose, perhaps) and later you can see a hand-hewn squirrel sitting atop his desk.

9. The police cars were a different model.

On The Andy Griffith Show, the Mayberry police force cruises around in Ford Galaxie 500s. At the beginning of the pilot, however, Andy pulls up in more retro-styled 1959 Ford Custom 300. You can distinguish the car from its distinctive tail fins and chrome details on the rear. 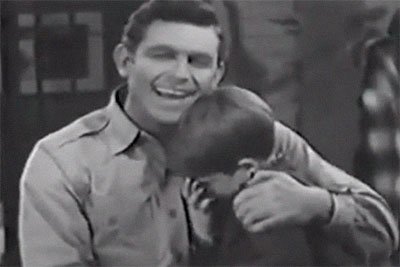 There is one thing at the heart of the pilot that feels true to The Andy Griffith Show and that is, well, the heart. Andy parents Opie with love and affection, teaching him a lesson with a hug. That feels perfect. Opie enters the police station sad, as Mrs. Bolliver stepped on his pet turtle, Wilfred. The turtle died, which is why Opie had entirely different animals in The Andy Griffith Show premiere — Dickie the parakeet and Oscar the lizard. We hear Andy talk about the death of his wife here, too. "Who stepped on Ma?" Opie asks.

tvnutt76 2 months ago
I knew all this and more. MeTV should offer me a job ( pay not necessary) as I'm a two-time Emmy nominated news producer with a Masters in journalism and I own the largest collection of William Windom performances ( audio, video) in the world. I'm working on a documentary now.
Like Reply Delete

RickBox 13 months ago
Danny Thomas calls him worse than an imitation Wyatt Earp - he calls him a Simon Legree!
Like Reply Delete

AgingDisgracefully 13 months ago
Elsewheres...Ted was addressed as "Baxter" in early episodes. And the original Hogan's Heroes included a Russian prisoner.
Things change.
Like (1) Reply Delete 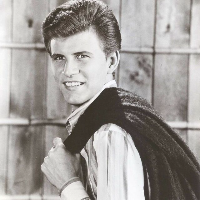 Sammama 13 months ago
Can you watch this episode?
Like Reply Delete

Theresa 13 months ago
I am the biggest Andy Griffith nerd on the planet and Ive seen every episode a hundred times. Lol but I don't think ive Ever seen this 1. I always assumed that Mom died while giving Birth bcause Opie was only a speck of a baby. & from what I understand Ford Donated the same model Car to the show with each model year change.
Like (1) Reply Delete

Runeshaper 13 months ago
Wow! I did not know that there were so many differences in this pilot vs. the actual show. I didn't watch the show all that much, but these facts are very interesting. I'm glad that Don won over Andy on the deputy idea :)
Like Reply Delete

RedSamRackham Runeshaper 2 months ago
Andy's uniform in that pilot was cheesier. ♣
Like Reply Delete

Bradley 13 months ago
Danny Williams' defense in the pilot was that there was no actual road where the stop sign was.
Like Reply Delete

Andrew 13 months ago
Here is the most info I could find on what happened to Andy's wife: Andy is a widower and father to one young son, Opie. In the backdoor pilot episode from The Danny Thomas Show, viewers learn Andy lost his wife when Opie was "the least little speck of a baby."
Like Reply Delete

dordee 13 months ago
what did happen to Andy's wife?

MrsPhilHarris dordee 13 months ago
He once said to Opie something like "when I lost your Ma".
Like Reply Delete

Chucklehead dordee 13 months ago
In one of the earliest episodes, there is a flashback to when Andy was married and his wife is brutally murdered by a wandering maniac that escaped from the mental hospital in Mount Pilot. After the murderer escapes, Andy vows to never let such a thing happen again in Mayberry and becomes a law officer. I believe this episode was later removed from syndication because of the violent content.
Like (2) Reply Delete

Thortwell Chucklehead 13 months ago
The reason I so vividly remember that episode is because Pat Boone portrayed the maniacal murderer from Mt. Pilot. And it was removed not because of the violent content, but because when Andy walked out onto his front porch to light a cigatrtte he rolled his own and he got the "tobacco" out of a clear sandwich bag which he had pulled out from under his mattress.
Like (3) Reply Delete

Chucklehead Thortwell 13 months ago
That's right, Pat Boone, how could I have forgotten. I remember the blood splatter on his white buckskin shoes. And yes, the famous smoking scene on Andy's porch...Barney became instantly paranoid and ended up pulling his gun on Andy. But of course it wasn't loaded!
Like Reply Delete 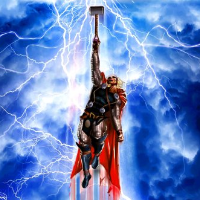 ETristanBooth 13 months ago
Andy's character was not mean and spiteful in this episode. Watch the interview at the end.
Like Reply Delete