10 times the Tanners got out of the Full House

Whether it was a full-fledged vacation or a quick day trip, the Tanner household typically didn't squander an opportunity to get out of the house. 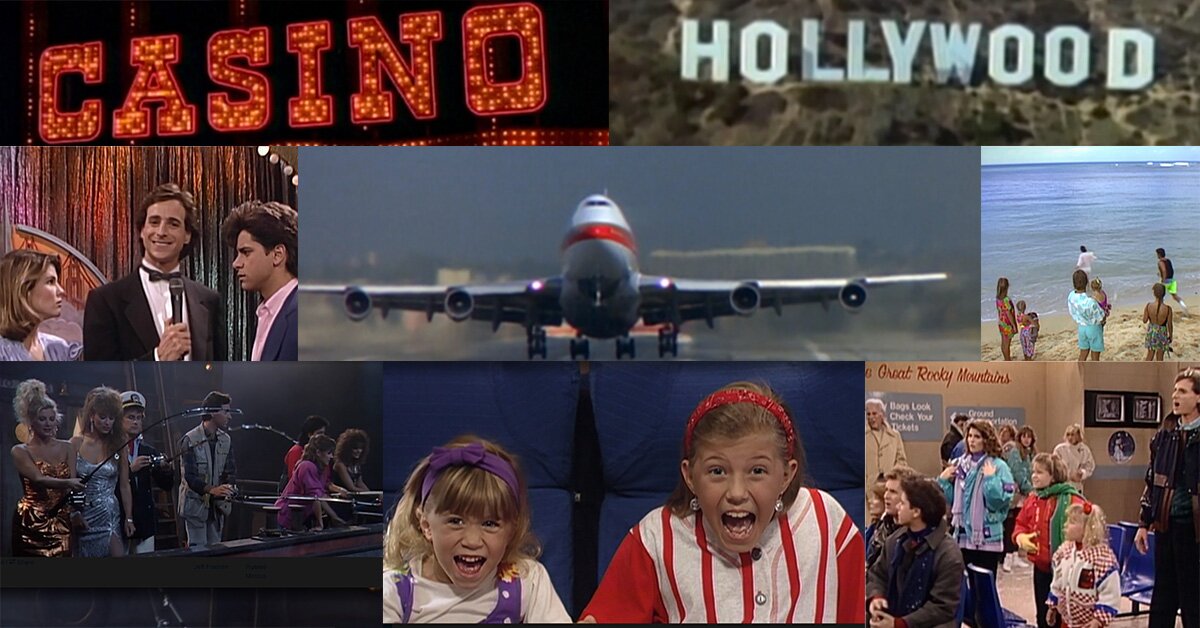 Some of the most wholesome moments across Full House were within the walls of the Tanner household. Life lessons, growing pains and plenty of laughs were shared in the northern California home. From visiting Los Angeles on a trip with Joey, to Lake Tahoe for a live talk show, the group took nearly every opportunity to get out of the house, too.

Though the Tanners, along with the rest of the gang, like to get out and about, it wasn’t always easy doing so.

With plenty of trips to the mall and schools aside, here’s a look at 10 times the Tanner household got out of the house. 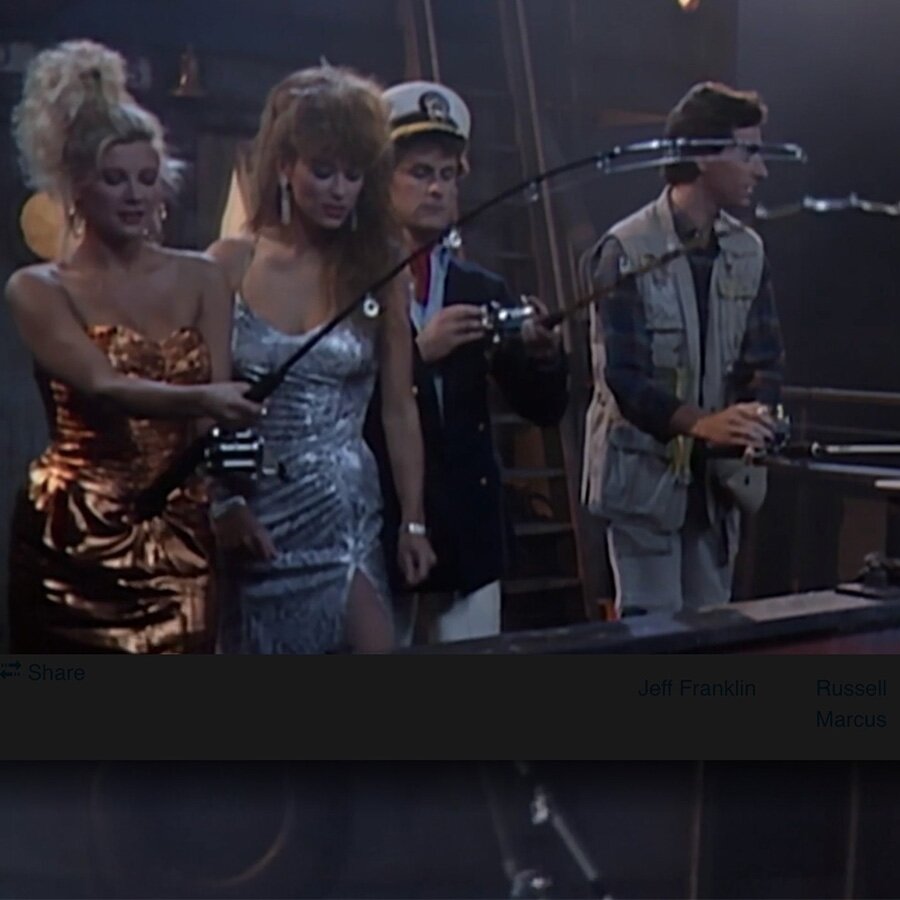 After D.J., Stephanie and Michelle spend the night with their grandma, it ends up being a ''boys night'' for Danny, Jesse and Joey. Rather than go to a party on Lake Tahoe, the location of a ''Marilyn Monroe look-alike night,'' Jesse and Joey agree to go fishing with Danny. What is supposed to be a night of ''male bonding'' turns into a party after all, when Jesse's long-lost friend Roxanna shows up with a pair of friends. 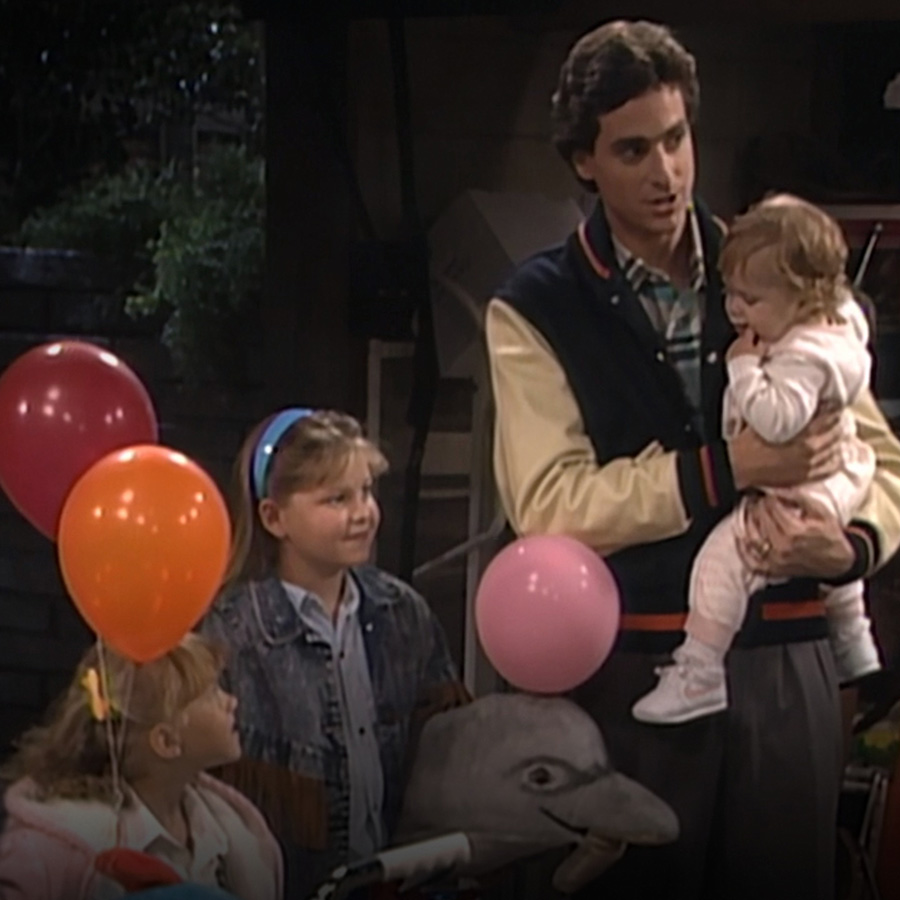 After missing Stephanie's recital and a shopping spree with the rest of the group because of work, Danny feels guilty he's missing out on so much when it comes to his daughters. In typical Tanner fashion, he does his best to make up for it, taking the girls on a pair father-daughter days, allowing them to choose whatever they want to do. The episode doesn't follow Danny and the girls out and about, but we know they have a good time exploring San Francisco based on the prizes they bring back! 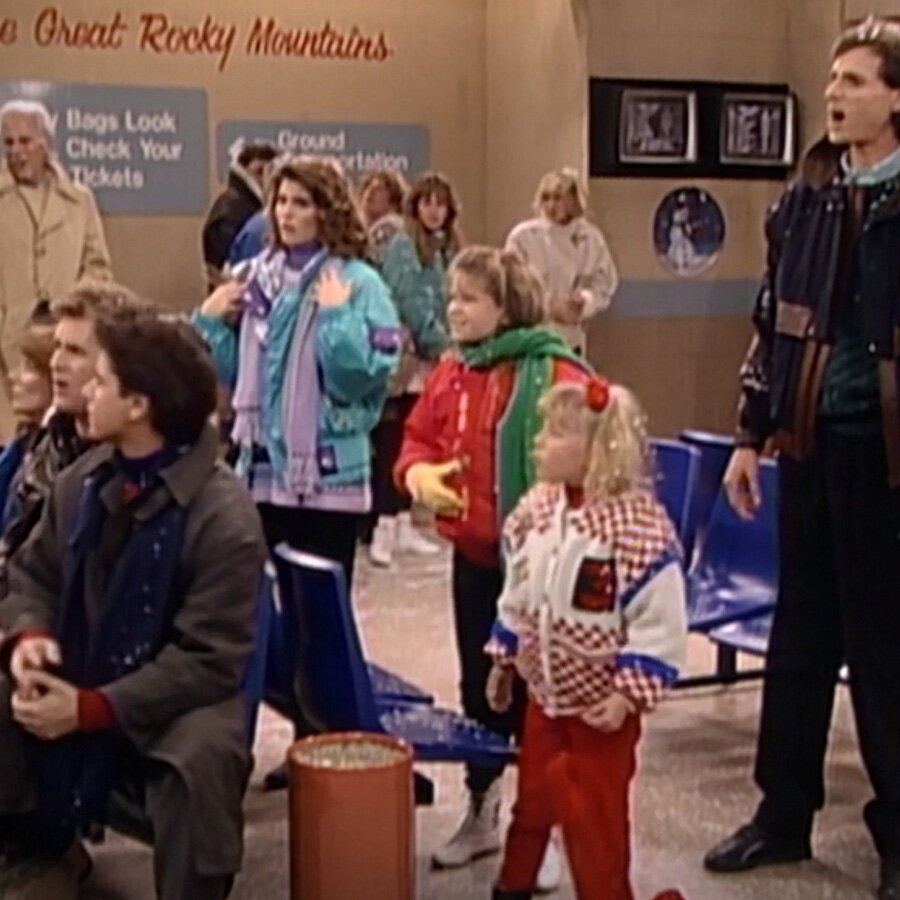 The phrase ''home for the holidays'' doesn't effect the Tanner household, as the squad opted for a white Christmas in Colorado during season two, for the ''first-annual Tanner family Christmas reunion.'' With their bags packed and Joey's Santa Clause suit stowed, the group boards their flight to Colorado on Christmas Eve. Everything seems to be going smooth until a snowstorm forces an unexpected landing, one that keeps the family in an airport until morning. What started as a trip away the Tanners wanted to forget, ended up being a very memorable episode, thanks to some holiday magic! 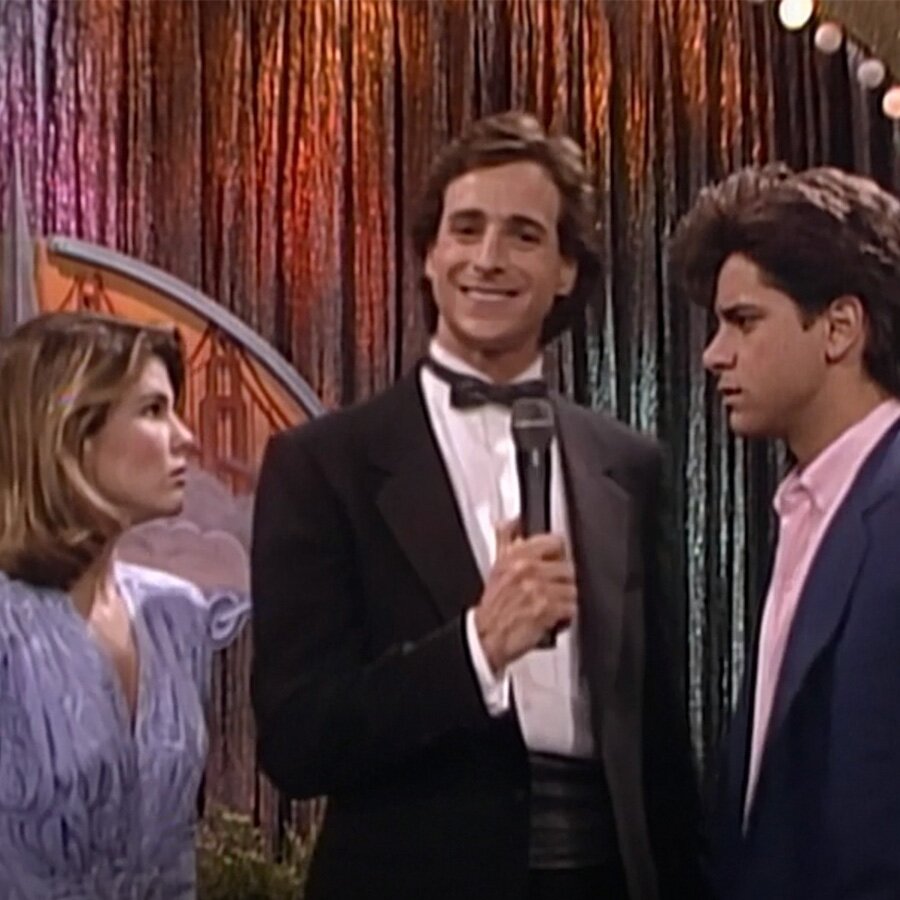 This time the family does pack up and go to Lake Tahoe for Danny and Becky's first live and on-location talk show, located in a casino resort. Jesse has aspirations of saying the three magic words to Becky, but things take a sour turn after a jealous rage causes them to break up on live television. Meanwhile, Joey thinks he's won big on the slots, that is until Danny and casino security find out it was D.J. and Stephanie that put the winning dollar into the machine. It's safe to say this trip away from San Francisco was an eventful one. 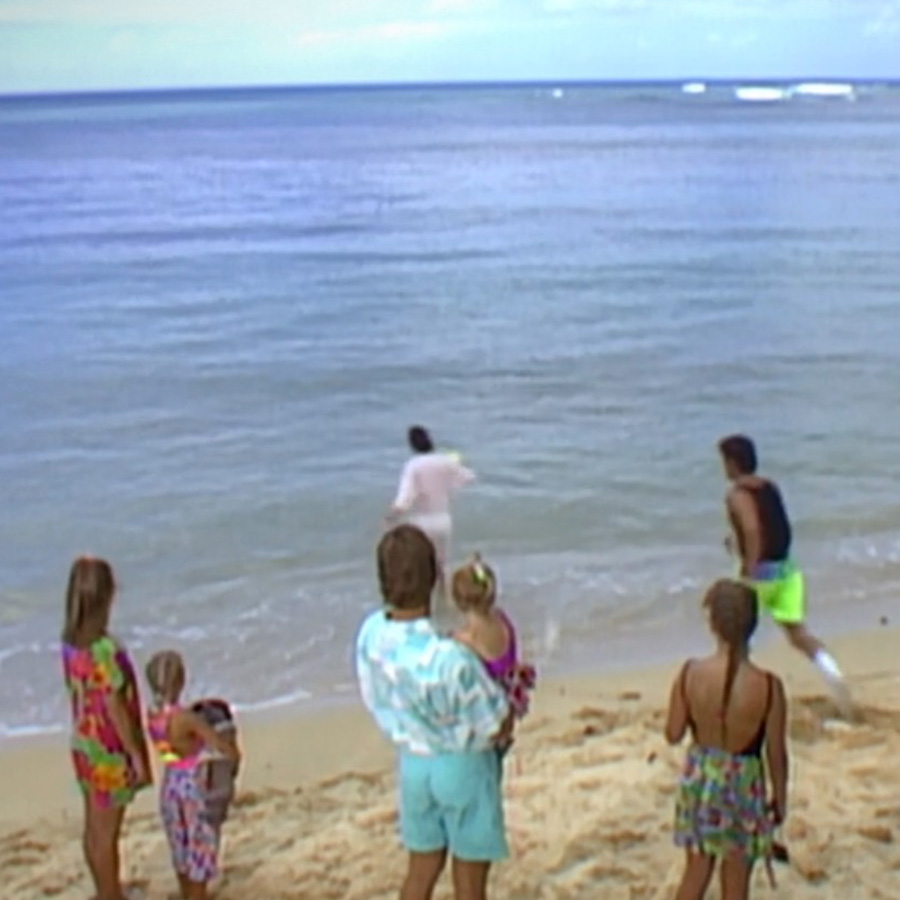 Signifying the two-year anniversary of Jesse and Joey moving in and becoming a part of the household, Danny plans ''seven days and seven nights of non-stop family fun'' with a trip to Hawaii. Danny's ''clipboard of fun'' organizes everyone's activities for them. What wasn't on the itinerary was getting lost on a deserted island, or what the group thought was deserted! 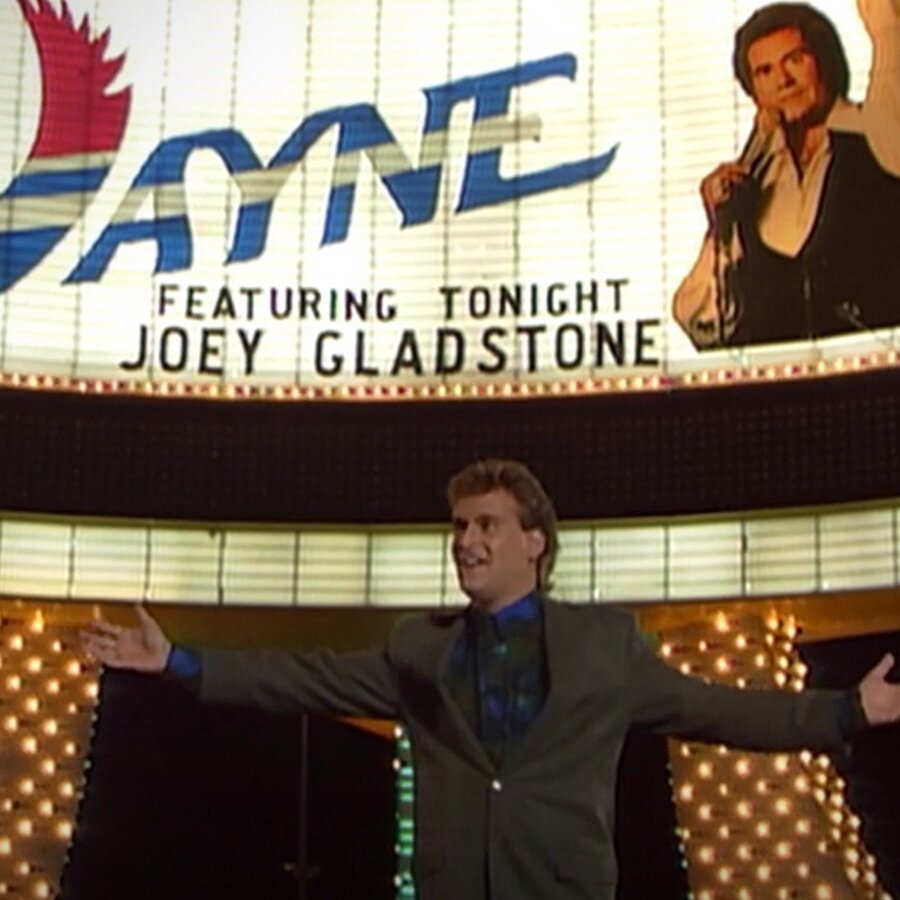 It's the opportunity Joey has been waiting for and one he can't pass up: a performance in Las Vegas, opening for the famous Wayne Newton. Joey hops on the next flight out and naturally, the entire house joins him. Joey's estranged father shows up on the strip to watch the show, after a message was left by D.J. and Stephanie, telling him to meet the group there. What started out as a game-changing trip for Joey's career, turns into a game-changing trip for the father-son Gladstone combo. 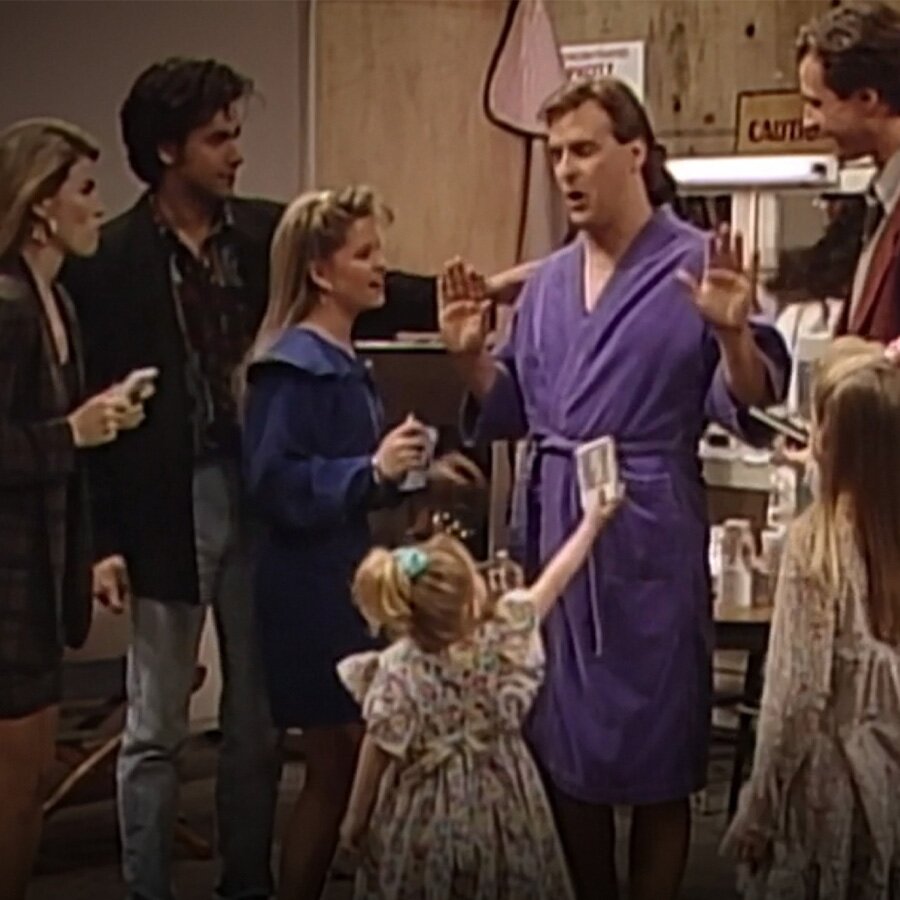 Joey heads for the bright lights of Hollywood for an audition for a new show with prolific actors Frankie Avalon and Annette Funicello. After landing the part, he invites the rest of the family, who all want autographs, to join him in southern California for the taping of the pilot episode. The trip to La-La land sees Joey's new show get picked up as a series, but one he doesn't need to be in front of the camera for. 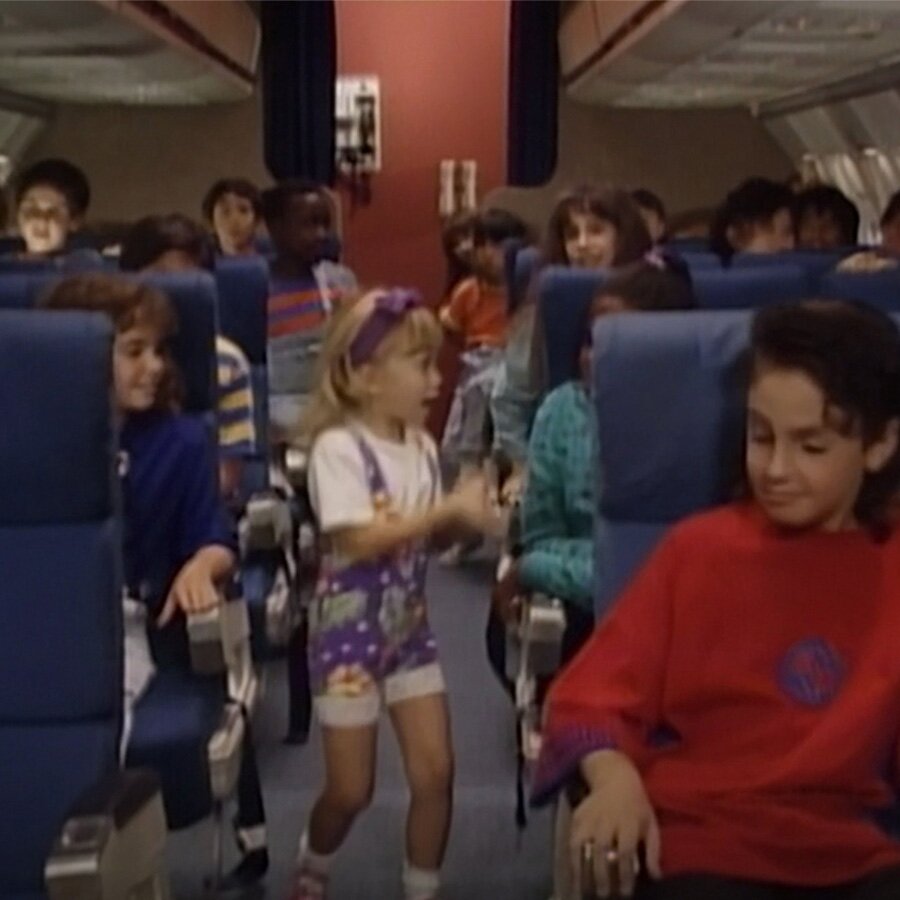 The Tanners are no strangers to airports, and for this season six opener, that's exactly where the family is, as D.J. returns from her eight-week trip in Spain. This trip to SFO was supposed to be a welcome home trip only, but Stephanie and Michelle apparently had other plans. After following a boy onto a departing flight, they overstay their welcome as the plane pushes back. Thinking it's a quick hop to Oakland, California, the girls find out the jet is bound for Auckland, New Zealand. 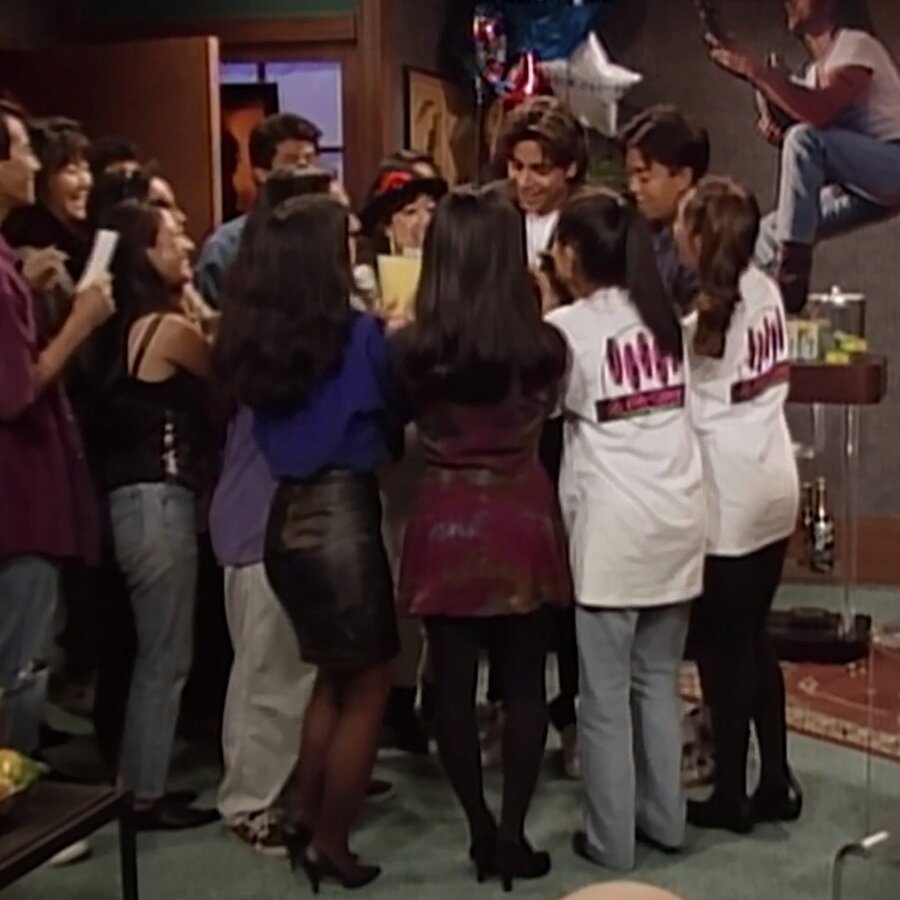 The price of fame can be overwhelming for some, but not for Uncle Jesse. That is until the fame goes to his head. After finding out his song is atop the charts in Japan, Jesse, Becky and their boys fly out to promote it on a new television series. Upon arriving in Tokyo to screaming fans, Jesse falls in love with a new lifestyle. That new lifestyle causes a rift between he and Becky when the record company wants the rockstar to tour all of Asia for the next year. 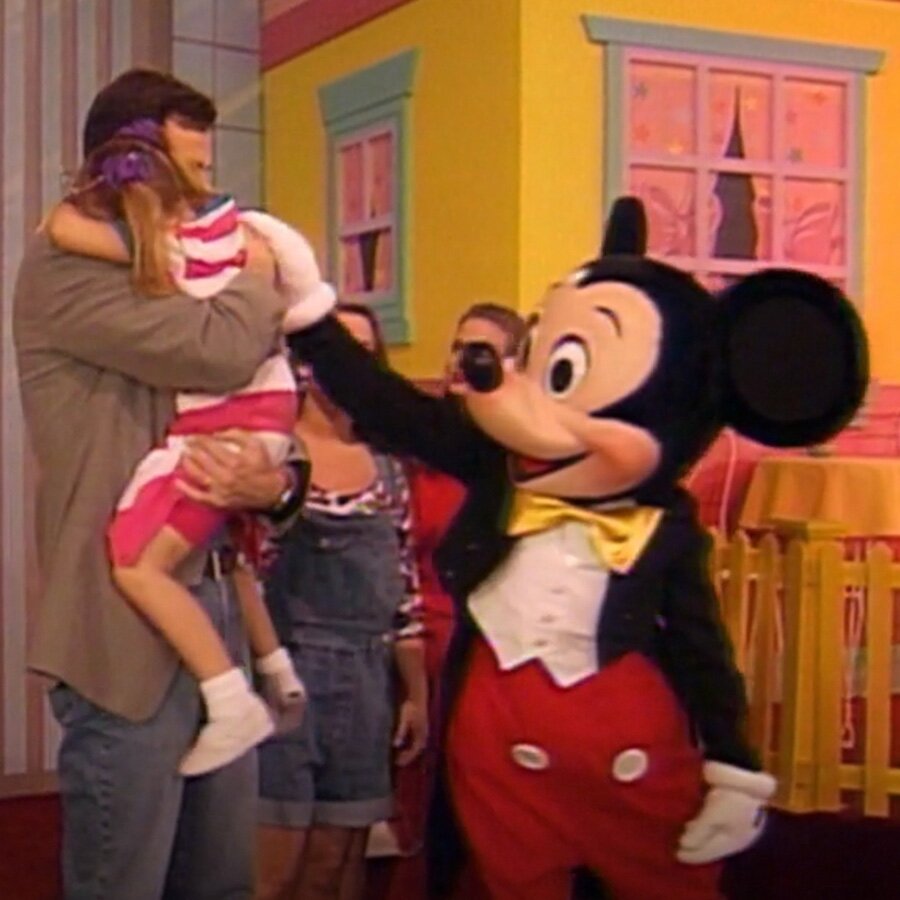 Jesse get's a gig at Disney World in Florida, which aligns with he and Becky's second anniversary. Looking for some quality time together, away from the house and the rest of the family, Jesse books the honeymoon suite. The trip for two quickly changes into yet another house-wide vacation opportunity. In the two-part season six finale, it's up to Mickey Mouse to find Michelle and it's up to Danny to take the next step in he and Vicky's relationship. 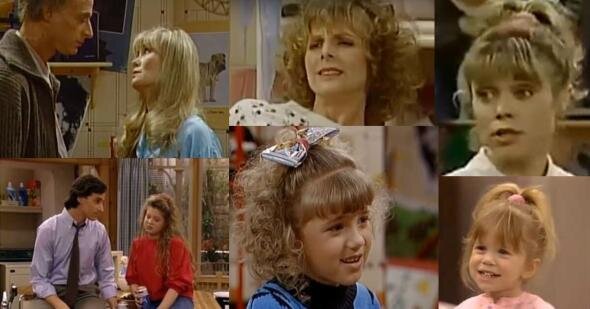 You might recognize these adult actors playing the Full House kids 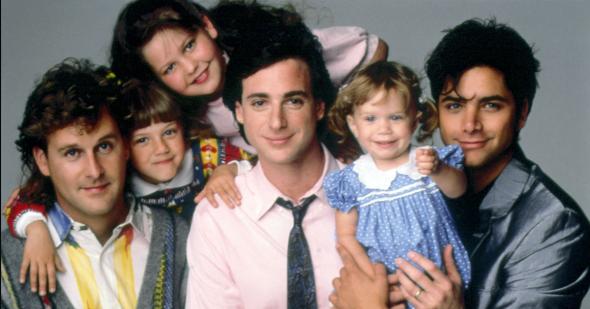 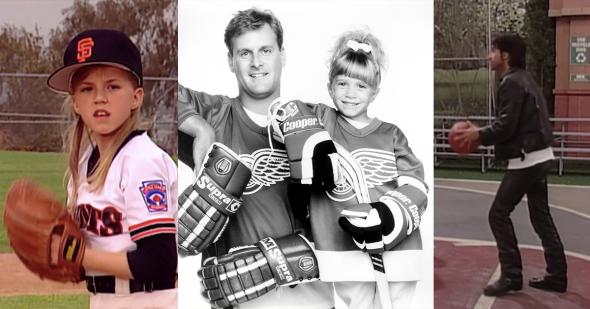 8 times Full House got sporty
Are you sure you want to delete this comment?
Close

Kd55 2 months ago
#11: The Tanner’s visit Devil’s Island and are never heard from again.
Like Reply Delete

Michael Kd55 2 months ago
That's a common mistake. Devil's Island was actually just for political prisoners, like Dreyfus. The penal colony was not called Devil's Island. They were imprisoned on the mainland, though I think there was another island, for the troublesome prisoners. If you were sentenced long enough, youhad to stay in Cayenne forever, though after serving your sentence you were "free".

So Papillon claimed to escape from Devil's Island, but since he was a criminal, no reason for him to be there.
Like Reply Delete

Kd55 Michael 2 months ago
It was a joke. Geez.
Like Reply Delete

Rob Kd55 2 months ago
If only it were true!
Like Reply Delete

CoreyC 2 months ago
The Full House episode where they went to Disney World was an advertisement by ABC Disney.
Like Reply Delete

Michael CoreyC 2 months ago
It looks like the merger happened in 1995, the same years as Full House ended. So maybe not the advertising yiu thought.

Disney of course started the tv show to promote Disneyland. And I suspect yiu didn't have to be owned by Disney to film an episode there.
Like Reply Delete

Pacificsun 2 months ago
Surprise! A new story posting on a Saturday!!

Wouldn't you know it would be about Full House.

I thought it was overwhelmingly popular enough, not to require an additional promo. What about the new or long lost shows coming back to the Summer Block Party?
Like (1) Reply Delete

LoveMETV22 Pacificsun 2 months ago
Yes, that would have been a great idea. Maybe they'll see your suggestion. A Saturday story for the Sunday program teaser. or even the following Sunday.
Like (2) Reply Delete

Pacificsun LoveMETV22 2 months ago
You're always so pleasant about confirming my thoughts! 😉
Too, often spent during the overnight of "owl-hours."
Am surprised I haven't been banned yet for going over the limit of allowable words used per week!
Like Reply Delete

LoveMETV22 Pacificsun 2 months ago
I thought it was a good idea. I hope they read it. I enjoy your comments. LOL, on words per week.
Like Reply Delete

iloveromance 2 months ago
This is true with a lot of shows I watch, but I don't like the "adventure" shows as much as the ones where they're in their homes. Although from this list my favorite is probably "Daddy's Home"
Like (1) Reply Delete

Michael iloveromance 2 months ago
What Ithought were fun were in thedays of tv movies. So a network would take their stars, and use them in something else.

The one that comes immediately to mindwas set in a summer camp, with Michael J. Fox and Nancy McKewon.
Like Reply Delete

Rob Michael 2 months ago
I miss the old made for TV movies.
Like (2) Reply Delete

Michael Rob 2 months ago
They often seemed to be clones, but I saw more of them than movies at theatres.

In the seventies, there were disaster films. "Long walk to Daylight", people trapped in the subway, no real word on what happened. Much later, there was a Sylvester Stallone film along the same lines. Heatwave! With David Huddleston (he was on The Waltons, but I now see he was Sherriff Bridges in The Homecoming). Magic Carpet, with Susan St James. In Search of America, where Jeff Bridges convinces his parents to travel the US on a bus. Tyne Daly, Sal Mineo and Glynn Terman are some of the hippies they met. Sarah T: Portrait of a Teenage Alcoholic. Gee, Mark Hammill is in that one. And the infamous Born Innocent. Killdozer.

And that's just a few when I started watching them.
Like Reply Delete

Pacificsun Rob 2 months ago
One of the best moves MeTV made was bringing back Perry Mason's movies. Having watched the original cycle about 8 times now, am enjoying them more than the series. I miss William Hopper of course. But I love the energy all the other characters bring into the movie. It could've come across very stale, but DOS and William Katt are a burst of surprises. The new chemistry is excellent!
Like (1) Reply Delete
texasluva Pacificsun 2 months ago
Movie quiz will be at: Can you match these camels to the right show? Entertainment- 2 bonus movies and quiz.
Like Reply Delete

Michael 2 months ago
I always liked it when Facts of Life went down under.

Then there's always "To Rome with Love", a whole series set away from home.
Like (1) Reply Delete