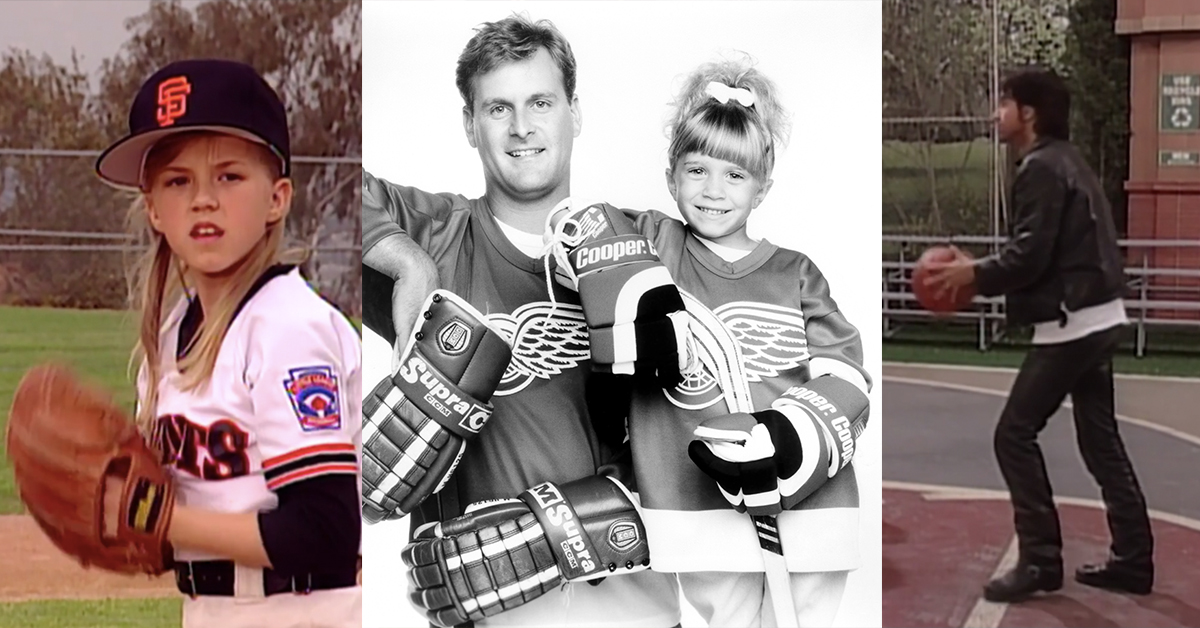 Full House may be known for their domestic shenanigans, growing pains woes, and the ending music that signals an emotional wrap-up, but they could get athletic, too. Soft-spoken Danny Tanner and his family may not be what you picture when you think of athletes, but the sitcom staple found plenty of ways to get sporty over their eight-season run.

We aren't going to count all the times Joey wore hockey jerseys, or this list would be way longer! 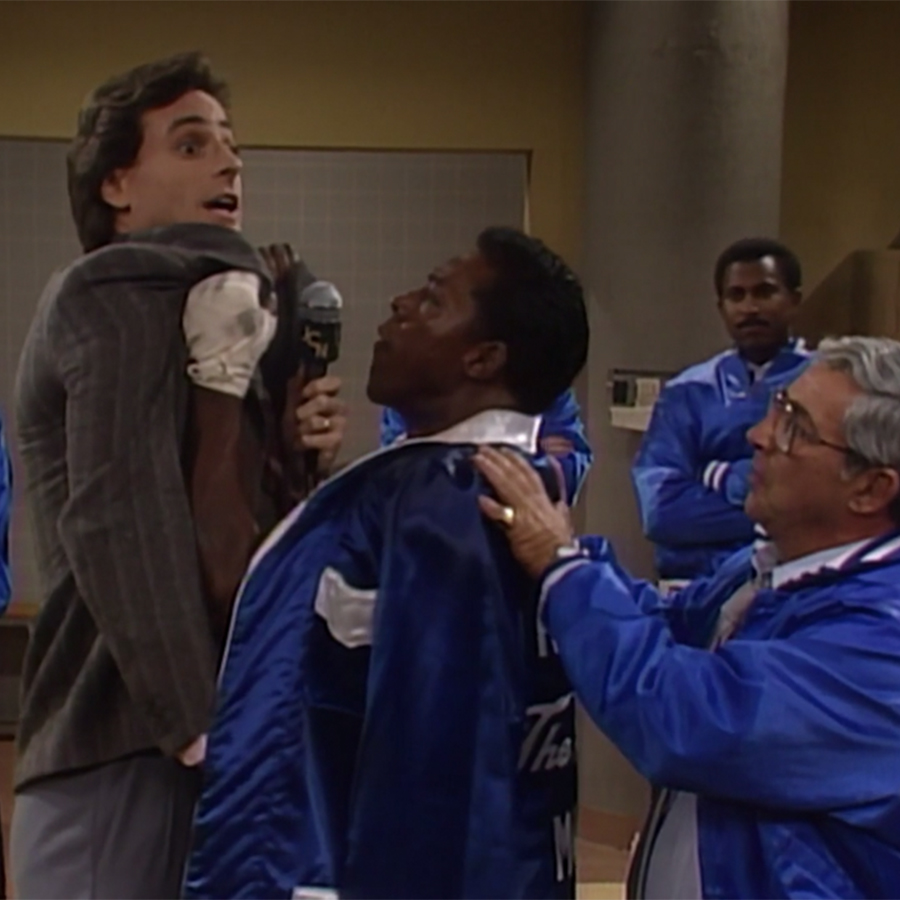 Danny Tanner gets the opportunity to try out as a sportscaster - "Cable TV! Nationwide!" he says gleefully - as he interviews a heavyweight champion coming out of retirement (played by a very muscular Ernie Hudson, three years after Ghostbusters). However, when he accidentally tells the boxer that his wife has left him live on-air, things quickly go sideways and Danny becomes scorned nationwide. In true Full House fashion, baby Michelle gets a cold and Danny realizes that he doesn't need the whole country to love him, he just needs his family. 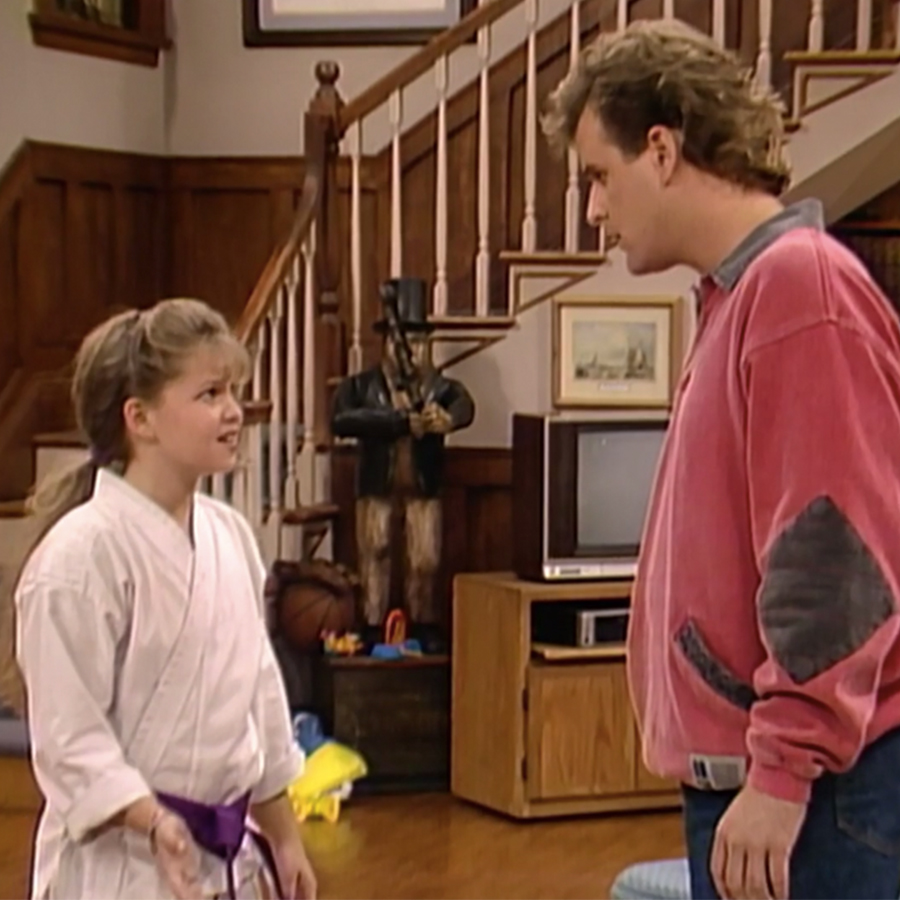 Okay, so we don't actually see any sports in this episode. However, the main conflict revolves around D.J. and the big karate tournament. After Danny leaves Joey in charge, D.J. realizes that the cartoon-quoting uncle is a pushover and doesn't come home from karate practice on time. Joey decides to get tough (hence the title) and grounds D.J. from going to her karate tournament that she's been practicing for. Naturally this leads to anger, a full-family court, and cries of "you aren't my father!" 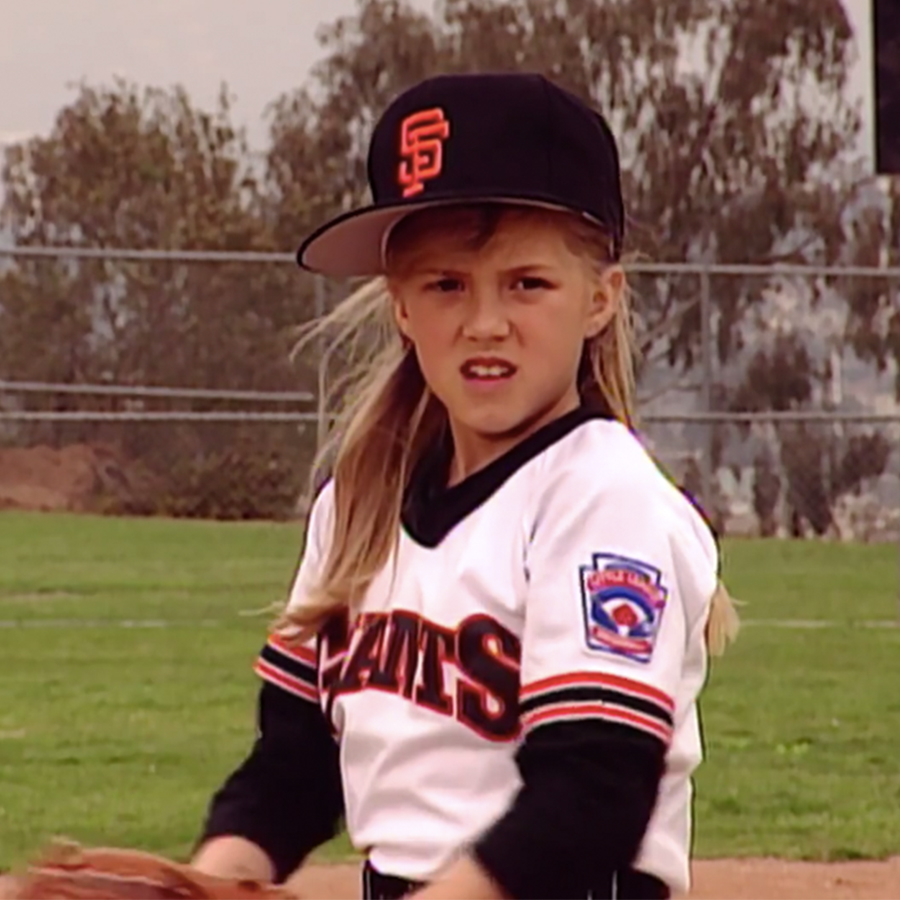 Stephanie discovers that she has a killer arm and joins the Little League Baseball team that Danny coaches for. However, uh oh, her new boyfriend plays for the opposite team and asks her to throw the game when he comes up to bat. Will Stephanie choose her self-respect over keeping her boyfriend? Does D.J. give wise older sister advice? Does the fact the boyfriend plays for the Chicago Cubs Little League Team during the Billy Goat Curse era seal his fate? 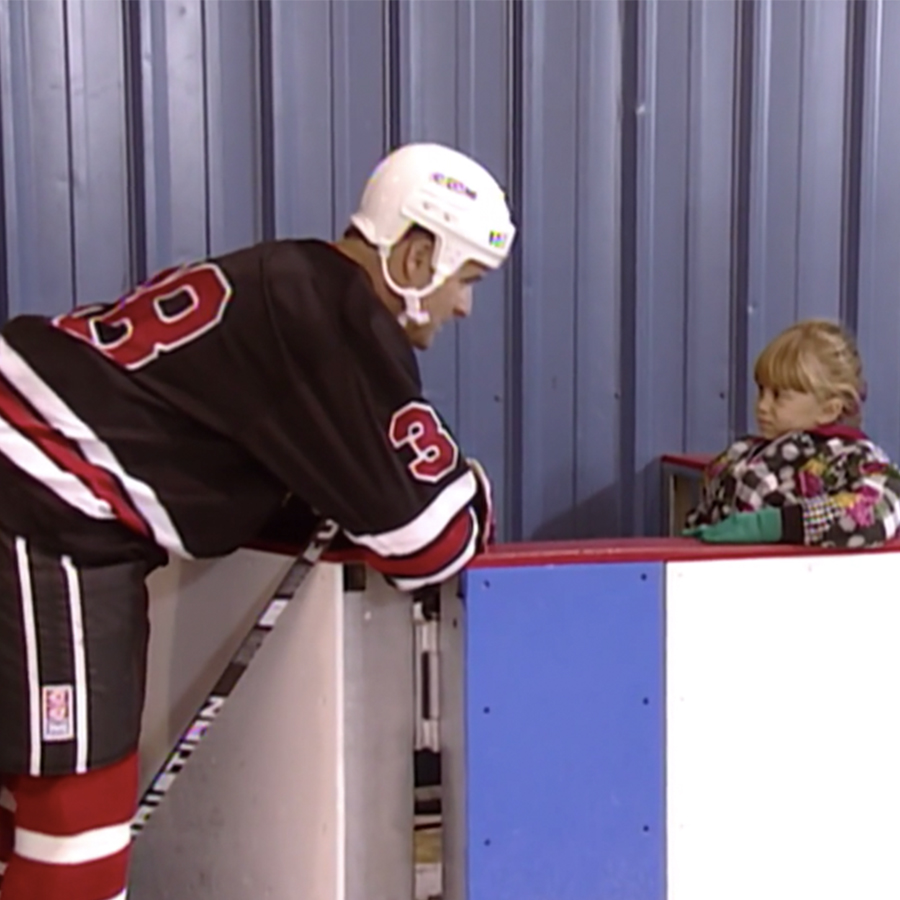 Finally the hockey jerseys pay off. And it only took until season six! Joey agrees to play in a charity hockey game. In true Nineties sports drama fashion, an old rival who cost him the game-winning goal back in the day shows back up to mock him on-air during his radio show. Joey has to settle an old score and redeem himself...with the help of a pep talk from Michelle. 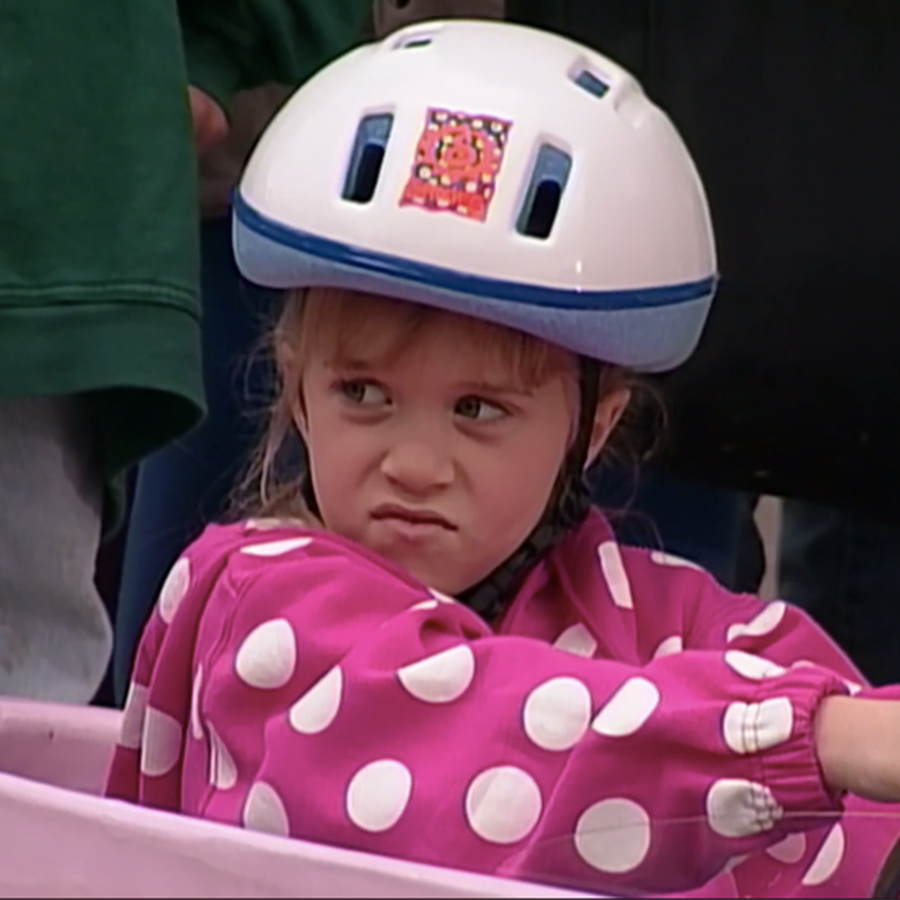 It's a girl power episode! Michelle decides to enter a Soap Box Derby, but gets discouraged when one of her fellow racers mocks her for being a "girl racer" and tells her girls aren't good with cars. Of course, she finds the gumption to finish her car and enter the race. This episode notably contains one of the internet's favorite Michelle lines: "My dad said that if I can't say anything nice I shouldn't say anything at all. But my dad's not here, and you're a weenie!" 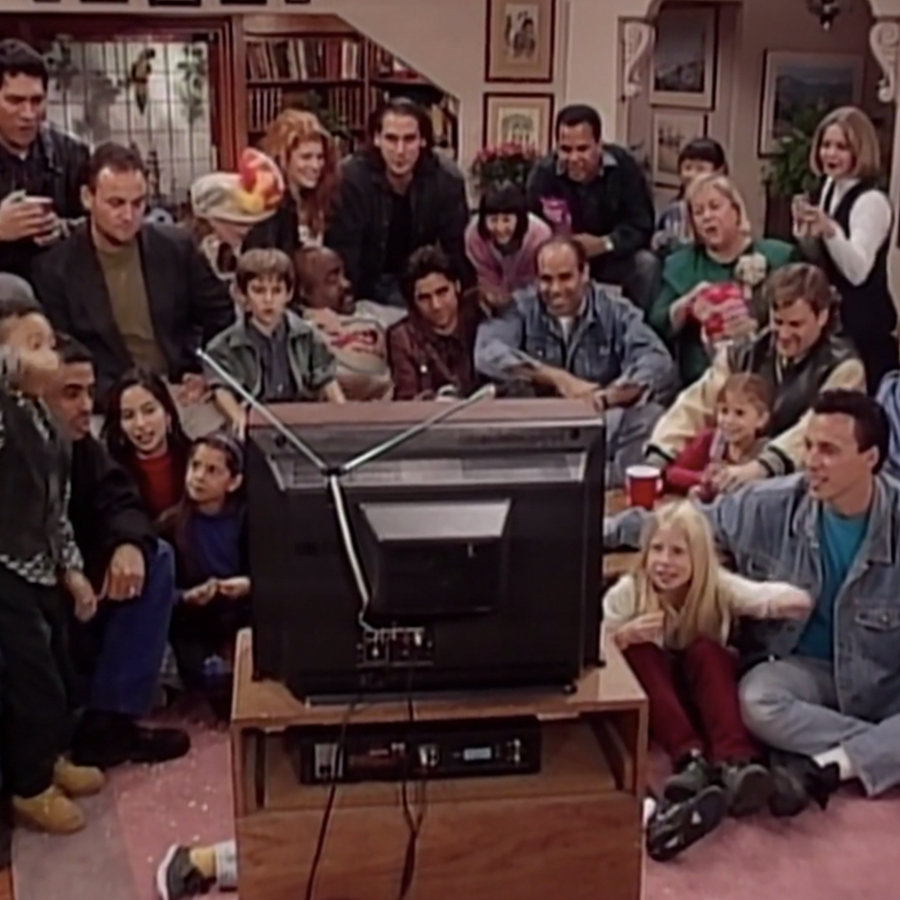 Danny and Becky are covering the Super Bowl, so Jesse and Joey are left in charge. However, they promised to take Michelle and her friends to a science museum. They end up trying to watch the big game at a sports bar, but due to a series of mishaps, the gang ends up disconnecting all the TVs in the bar and have to placate the angry patrons. 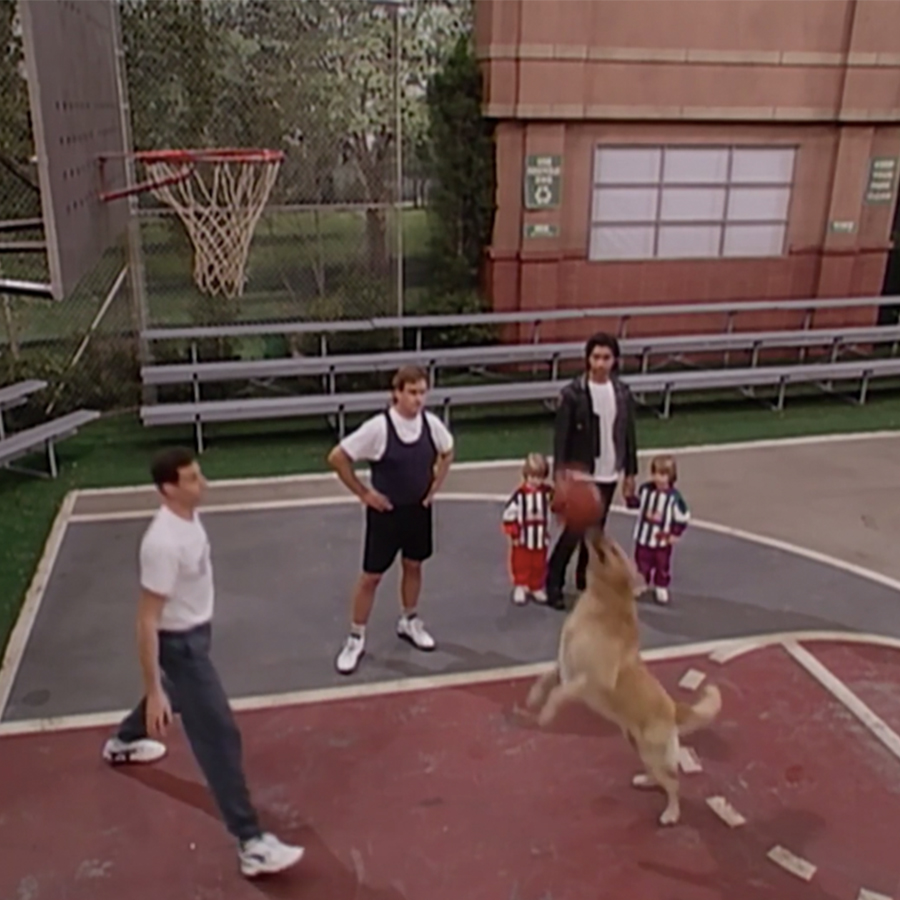 D.J. and Kimmy organize a charity basketball game. As a local celebrity, Jesse is asked to play. The one problem - he has no clue how, since apparently there was never a movie where Elvis played basketball. Kareem Abdul-Jabbar shows up playing himself to teach Jesse how to ball, but let's be honest... the real sports moment here is when the family dog, Comet, shoots a free throw. Comet in this episode was played by the Air Bud star himself, Buddy the Wonder Dog. 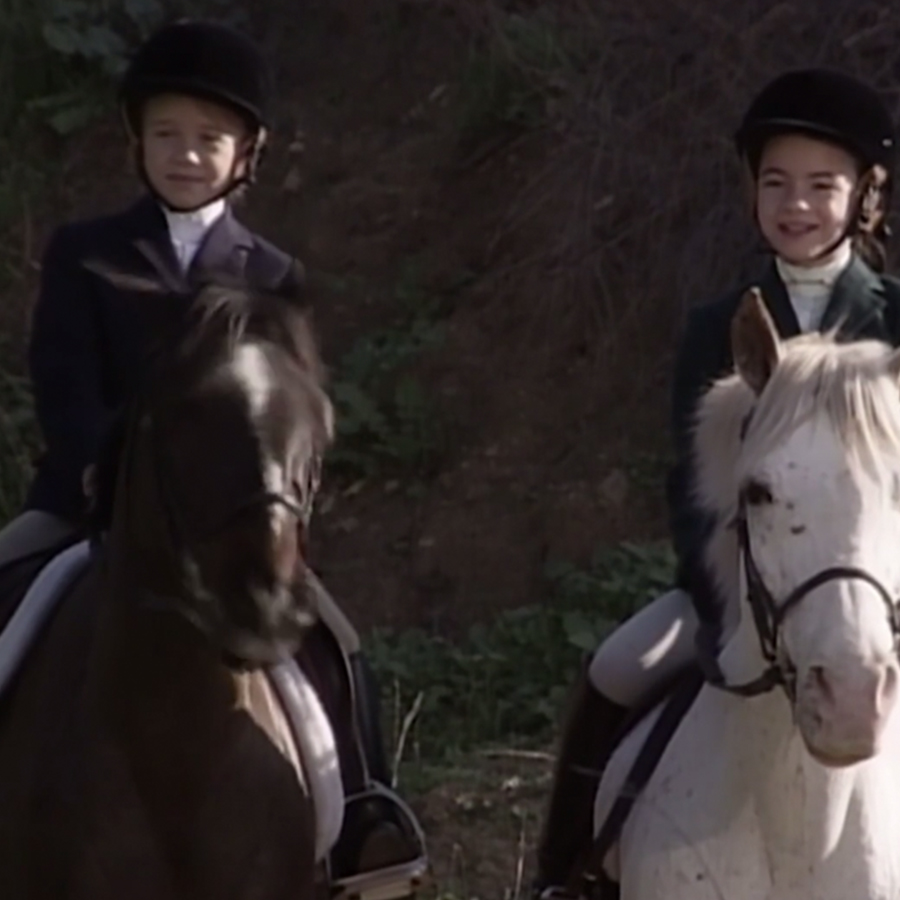 This two-part episode was the series finale of Full House, and it went out with a glorious Nineties sitcom trope: an amnesia episode. Michelle begins horseback riding and becomes friends with another girl, only for their parents to get so competitive that it ruins the fun. While playing hooky from the competition, Michelle gets thrown from her horse and hits her head, giving her amnesia. This leads to both Mary-Kate and Ashley Olsen being onscreen at the same time as Michelle's past self tries to make her amnesiac self remember her life. 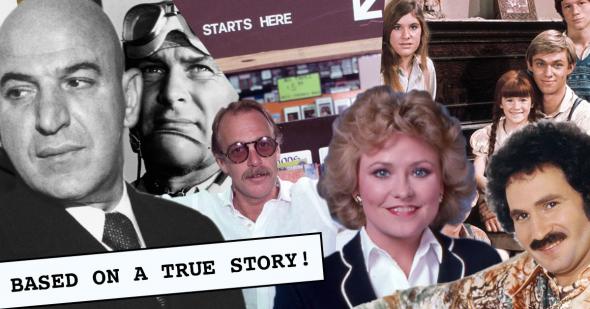 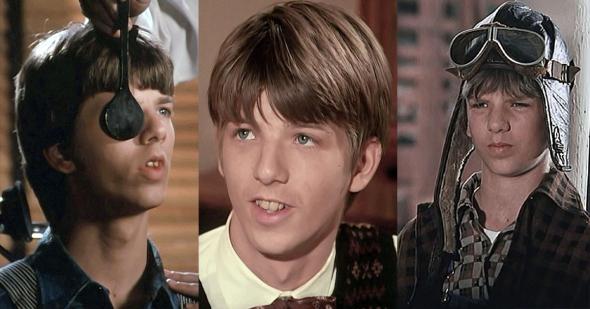 10 essential Jim-Bob episodes of The Waltons 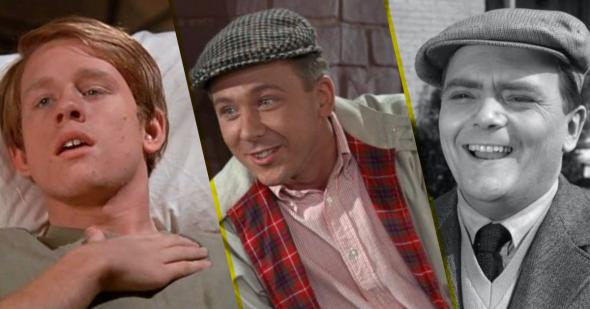 Mayberry
10 actors who appeared in both Mayberry and M*A*S*H
Are you sure you want to delete this comment?
Close

JanineCox 3 months ago
I still complaining, u are putting back that Silly Gilligan’s Island back on when there is other programming that can go into that time slot such as Love American Style, Laugh In, The Smothers Brothers, Mchale’s Navy and yes even the Jeffersons and the Lone Ranger! Where are the Super Fans and how come they are not complaining about the quality of the shows? It used to be better than this on the weekends!
Like (1) Reply Delete

LoveMETV22 3 months ago
Ok for the scene in # 6, was everyone credited. Looks like they may have used not only the cast but the other staff as well LOL.
Like Reply Delete

Runeshaper 3 months ago
Ernie Hudson ROCKS! It was GREAT that they put Buddy the Wonder Dog in an episode (-:
Like Reply Delete

dansham1992 3 months ago
Dave Coulier actually played hockey in real life. In 1993, he played in the NHL Heroes of Hockey Game against the Montreal Canadiens heroes. He also played with several other stars against NHL legends in several charity hockey games.
Like (3) Reply Delete

JHP dansham1992 3 months ago
The Winged Wheelers:)
Like Reply Delete

Margaret 3 months ago
Full House wasn't a good show when it was on. I was appalled you only gave Howard Hesseman one hour. What was SO great about Bob Saget anyway. He was a barely passable actor and that troll baby is not funny. Stick to the 50's, 60's and 70's.
Like (1) Reply Delete

Dayna Margaret 3 months ago
Hahahahah! That's a joke! Full House was the BEST show in its day and it still is! Bob Saget was the best! He was great on the show and so was everyone else.

RIP Bob! You are truly missed!
Like Reply Delete

LoveMETV22 3 months ago
As Full House is part of the Sunday Afternoon schedule. Why not try to acquire other family based shows, Ie....Family Ties, Eight is Enough and make Sunday afternoon a Family block of programs. Gilligans island could be cast away for a while.
Like (3) Reply Delete

dansham1992 LoveMETV22 3 months ago
Actually, Antenna TV has the rights to Family Ties
Like (1) Reply Delete

LoveMETV22 dansham1992 3 months ago
And Plutotv also airs Family Ties, If the show is not under an exclusivity agreement , other networks can acquire broadcast rights. Ex: Full House now on MeTv is also on gac family. The Waltons, Monk, as well as some other programs air on different networks. I'm sure there are some programs that are exclusive to one network, but for the genre of programming MeTV airs, they could probably negotiate broadcast rights on any number of other programs.