Where To Watch Shop Store Contact
Home / Stories / 10 things you might not know about Vicki Lawrence
Did you know?

With a disco album, a game show and a tie to a bit of Oscar history, she's far more than Mama. 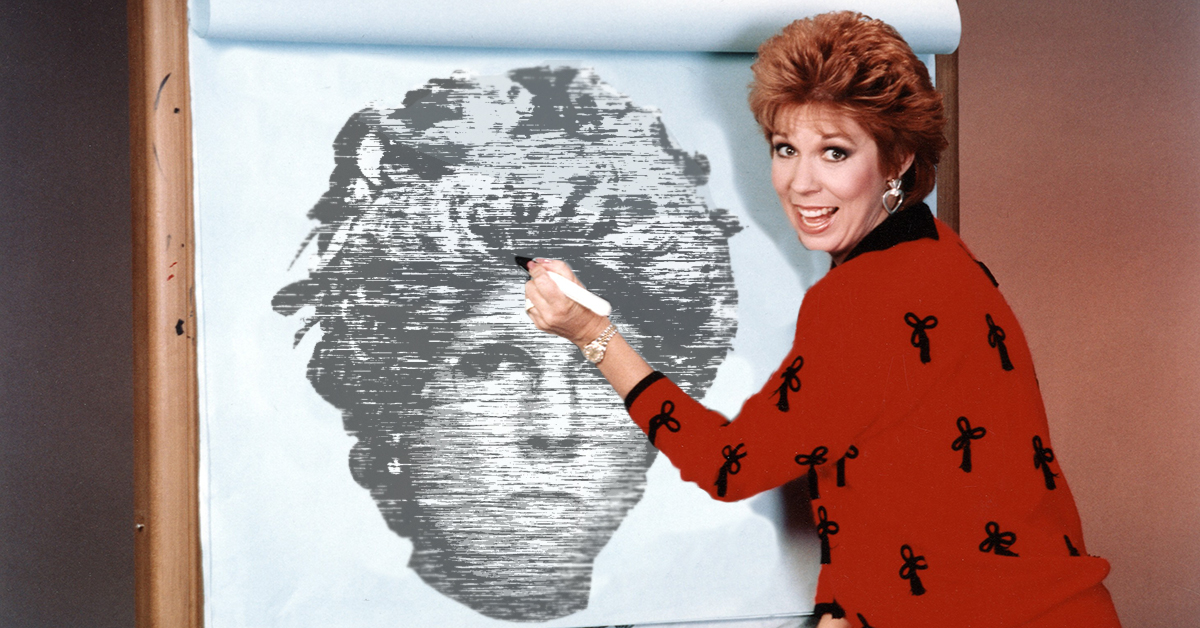 Ya'll know her, of course, as Thelma Harper, but the multitalented Vicki Lawrence is far more than Mama. The comedian is also a chart-topping pop singer, game show host and talk show host. Born Victoria Ann Axelrad, Lawrence kicked off her career at a precocious age.

She joined a musical group in high school and would have perhaps become a dental hygienist had she not resembled a certain television icon.

1. She was discovered at the age of 17 thanks in part to her haircut. 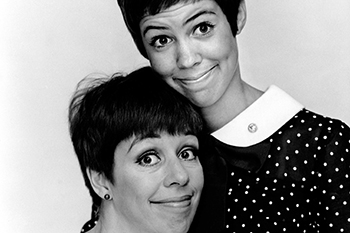 While a senior in high school, Lawrence entered the Miss Fireball contest hosted by the local fire department in her hometown of Inglewood, California. A newspaper reporter covering the event noted that Lawrence, sporting a fresh haircut, bore a striking resemblance to Carol Burnett. Lawrence sent the newspaper clipping to Burnett along with a fan letter. Burnett phoned a speechless Lawrence and told her she wanted to come watch the Miss Fireball contest. Pregnant at the time, the celebrity did indeed sneak in to watch Lawrence and the rest is history.

2. She was in the only movie that had to give back its Oscar. 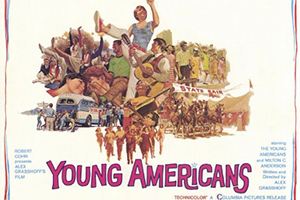 Lawrence was a member of the Young Americans, a non-profit choral group based in California. A film about the group won the Academy Award for best Documentary Feature in 1969. However, after the Academy realized the film had been shown in October 1967, it was deemed ineligible after the fact. The director had to return the Oscar.  A teenage Lawrence appears in the movie.

3. She was the youngest cast member of 'Mama's Family' aside from the grandkids. 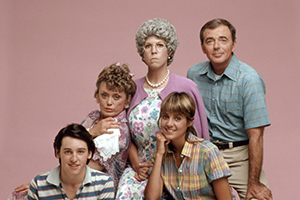 Speaking of Lawrence's young age, you might not believe that the actress was younger than most of the principal Mama's Family cast. Despite playing the elderly matriarch, Lawrence was younger than Ken Berry, Dorothy Lyman, Beverly Archer, Rue McClanahan, Betty White, Carol Burnett and Harvey Korman. Only the actors who played grandkids Bubba, Buzz and Sonja were younger.

4. She attended UCLA while on 'The Carol Burnett Show.' 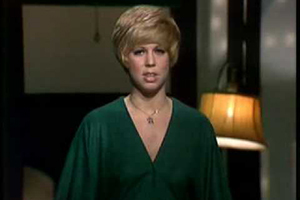 In the early years of the variety show, Lawrence continued her education on the side. She eventually had to drop out of college due to time commitments, but she was later quoted as saying, "I went to UCLA, my dad's alma mater, and that was his dream."

5. Cher was originally meant to sing her hit, "The Night the Lights Went Out in Georgia." 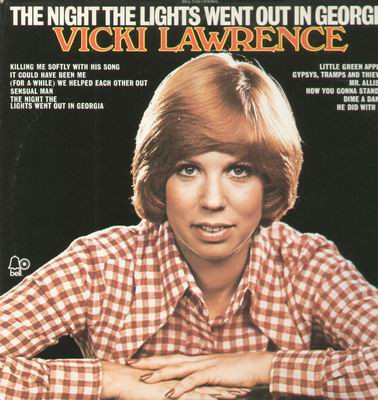 The 1972 song, written by her then husband Bobby Russell, proved to be a massive smash for Lawrence, climbing to the top of Billboard's Hot 100. We can all thank Sonny Bono for that. The song was first sent to Cher to sing, but Bono vetoed the tune, believing it would offend and alienate Cher's Southern fan base. 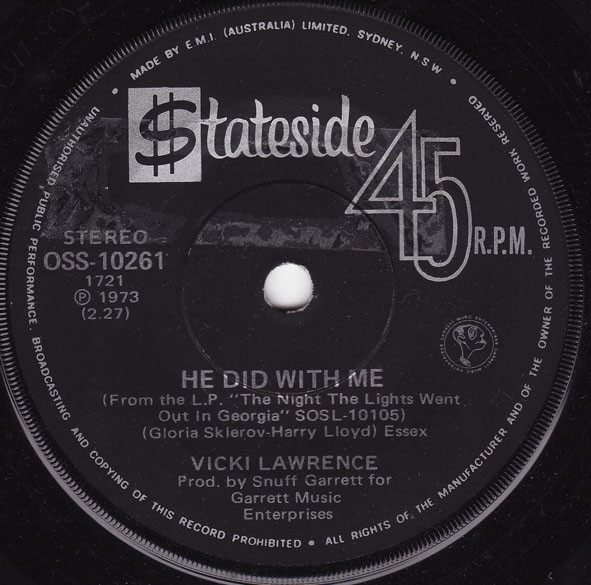 While Lawrence is considered a one-hit wonder of the music world here in America, she was quite the rock star Down Under. Her follow-up single after "Georgia" was "He Did With Me," which hit No. 1 in Australia, becoming her biggest success in the country. 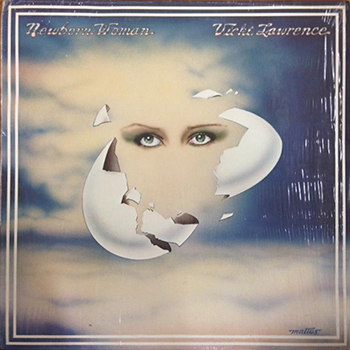 Sticking with her music career for a moment, let's call attention to Newborn Woman. This funky, forgotten platter sported an album cover that featured Lawrence's eyes hatching out of an egg in the clouds.

8. She was a drill sergeant on 'Laverne & Shirley.' 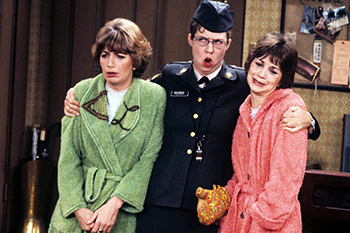 In season five of the sitcom, Laverne and Shirley join the Army, wherein they are drilled by Sgt. Alvinia T. Plout. With her cropped, darkened hair, Lawrence was somewhat unrecognizable in the riotous role. She would appear in a handful of episodes as the character.

9. The set of her 'Win, Lose or Draw' was modeled after Burt Reynolds living room. 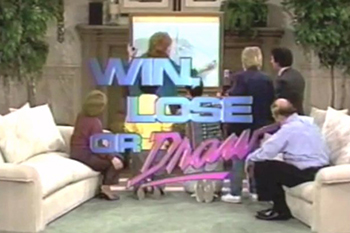 Lawrence was the first host for NBC's Pictionary-like game show, from 1987–89. So why was its set built to look like Burt Reynolds' living room? Burt & Bert Productions, his partnership with Bert Convy, produced the series. 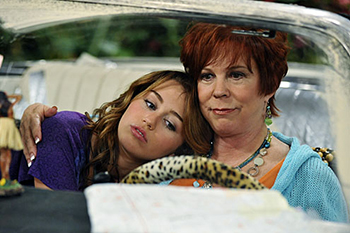 Here's your link between Mama and Miley. Lawrence showed up as Hannah Montana's grandmother, Mamaw Ruthie, in a few episodes of the Disney series. Perhaps they should have called it Mamaw's Family.

WilliamHogan 21 days ago
I really liked her role as Sgt. Plout on Laverne and Shirley!
Like Reply Delete

Runeshaper 24 days ago
Awesome facts! Thanks for sharing, MeTV!
Like Reply Delete 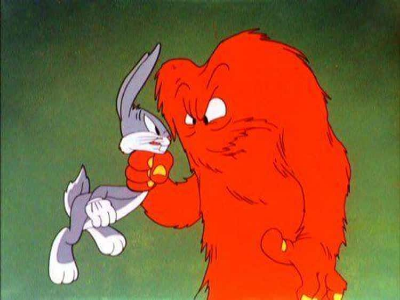 braycy 25 days ago
I'm curious about the other songs that she put out. I've never heard them, other than the Night the lights went out in Georgia. I think she's great on The Carol Burnett show!
Like Reply Delete

Moverfan braycy 19 days ago
The Night The Lights Went Out In Georgia, both single and album, can be found on YouTube Music. If anybody knows where I can find another song of hers, Hollywood Seven, let me know. I heard her sing it years ago (possibly on The Carol Burnett Show) and I can't find it anywhere. (Only line I remember I'd "Hollywood seven, you can dream your dreams for seven bucks a night".)
Like Reply Delete

Andybandit 25 days ago
Interesting things about her. She is a good actress. She was in the Cool Kids on Fox. It had Leslie Jordan, Martin Mull, David Allen Grier, Jamie Farr, and Vicki Lawrence. They all live in an assisted living home. She also recently guessed starred on the resident.

Or drag a file here to upload
LoveMETV22 25 days ago
Weigel's " Decades did a story with more information about Vicki Lawrence.

Enjoy Vicki Lawrence's roles on both The Carol Burnett Show and Mama's Family.
Like (1) Reply Delete

rycki1138 22 months ago
Bert Convy was also the host of Win, Lose or Draw before Vicki Lawrence and Burt Reynolds was a frequent guest star on the show. Bert Convy & Burt Reynolds created the game show based on a game that the two friends played at home with their friends and family.
Like Reply Delete