Don't worry, you'll be happy to hear these again. 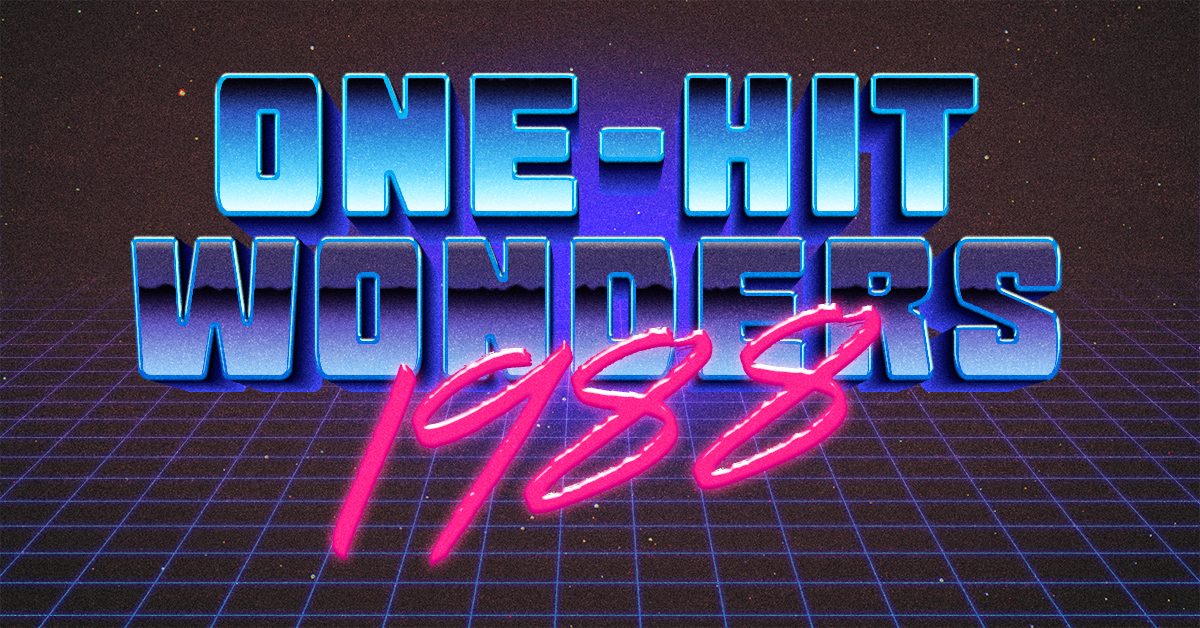 We've been doing these one-hit wonder lists for a while now. Typically, there is a wealth of songs. In the 1970s, it seemed as if half of the hits on the charts were made by fleeting acts. In the late 1980s, somehow the well dried up. After "We Are the World" in 1985, it's as if the industry decided, "Well, here are all the pop stars we need."

There just were not a lot of one-hit wonders in 1988. It's rather fascinating. The Billboard Hot 100 was dominated by massive arena acts, both old and new. George Michael, INXS, Def Leppard, Michael Jackson, Robert Palmer… they all had multiple smashes.

Even in the "one-hit wonders" below — well, some of them are familiar names. But certainly not all of them. Some quirky things grew through the cracks. Let's take a listen.

One genre that does not often climb to the top of the charts is a cappella reggae. Nevertheless, New York–born jazz vocalist McFerrin smiled and shined his way through this unavoidable optimism anthem. It was part Sesame Street and a precursor to "Hakuna Matata," which is probably why it clicked with people ages 2 through 99.

One person perhaps not so into "Don't Worry, Be Happy" was "Johnny," whoever Johnny was. Apparently, he hated jazz. However, one thing this British group loved was adult-contemporary new-wave. It's one of those songs that might draw a blank on paper, but once you hear it… aah! That one!

The Dirty Dancing star showed off more than his moves, singing the soundtrack's power ballad with surprising depth. Now, if only Bodhi from Point Break had sung, too…

Nineties fashion begins here. Looking at the video — with its long hair, baggy denim and tie-dye — one could easily confuse it with something from the Seattle scene, circa 1993. Really, "New Bohemians" could describe most of the grunge look. Brickell would later marry Paul Simon.

"The Deele" may not ring a bell, but its members became industry power players. Kenny "Babyface" Edmonds and Antonio "L.A." Reid, in particular. Babyface recorded numerous smooth R&B hits, while L.A. Reid has essentially run the record industry. After penning Boyz II Men's "End Of The Road," he went on to run the Arista, Epic and Island / Def Jam labels.

The Australian act took the college rock sound of the era to the big leagues, welding gloomy Echo & The Bunnymen–ish psychedelia to U2's grandeur.

The name J.J. Fad was originally an anagram of the members' names — Juana, Juanita, Fatima, Anna and Dania. Lineup changes led to a redefinition — Just, Jammin', Fresh and Def — a conglomeration of 1980s hip-hop slang that perfectly described their style of bright bubblegum rap.

As the frontman of the New York Dolls, David Johansen helped invent glam rock and hair metal, or what he calls "heavy mental" in the intro to this silly salsa number. It was a drastic change of direction, around the time he was playing a taxi-driving ghost in Scrooged. Dozens of other rock bands were making a mint ripping off the Dolls' look and sound. Meanwhile, Johansen was crafting knowingly square dinner theater music as "Buster Poindexter."

9. The California Raisins - "I Heard It Through the Grapevine"

Reaching No. 84 is hardly setting the charts on fire, but we should reiterate that this was a "band" of animated, anthropomorphic raisins. From TV commercials. For raisins. Hardee's gave away plastic California Raisins figurines. There was a The California Raisins: The Grape Escape game cartridge for the Nintendo. Buddy Miles was the voice behind these Motown covers. He had previously played with Jimi Hendrix.

Before there was the European Union, there was Experience Unlimited. Honestly, we could have sworn this was a Cameo song. "Da'Butt" was hardly the macarena, but it did help promote the movie School Daze.