10 popular desserts of the 1960s that deserve a comeback

It was a decade of flambée, fondue, Jell-O and junket. 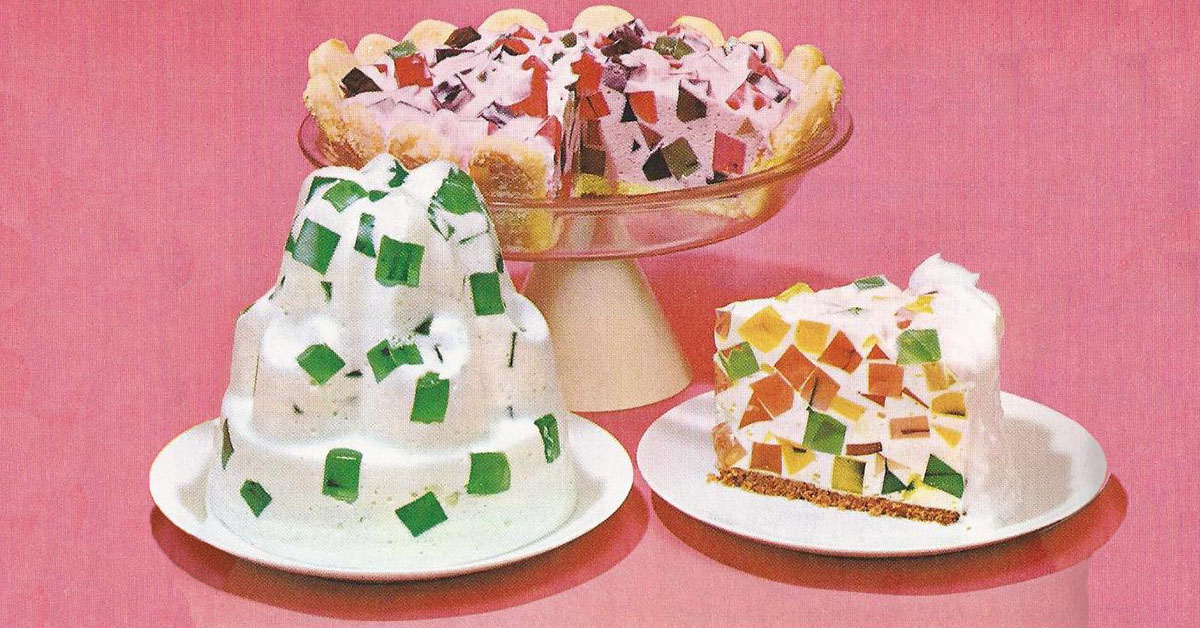 We Americans will always have a sweet tooth. How we go about satisfying it, however, continues to change. Today, our grocery stores stock chewing gum flavored like Key lime pie and root-beer-filled Pop Tarts. It makes us long for a simpler time of home-cooked goodies.

Half a century ago, home entertaining led to wonderous creations, jiggling towers and flaming platters. Desserts were meant to wow our guests. The popularity of tiki and surf culture carried over to the tropical flavors of our cakes and pies. Advances in food science meant that busy homemakers could whip up easy treats with canned goods, mixes, gelatins and molds.

While the following 1960s desserts can still be found here and there today, they are far from ubiquitous. These were once staples. We'd love to see them come back — and not as chewing gum or Pop Tart flavors. 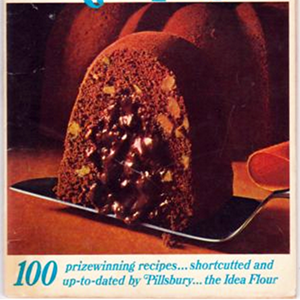 The ooey, gooey Bundt cake was more popular than Tunnel of Love rides at the local carnival. 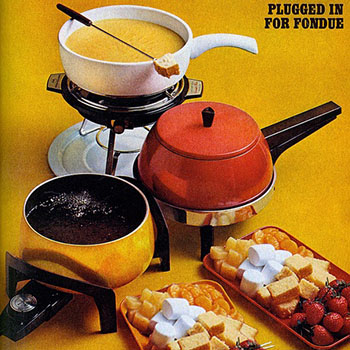 No young, hip couple was complete without a fondue set. Dipping strawberries and cake cubes into molten chocolate and bubbling apricot brandy was the perfect way to pass an evening before a fireplace. 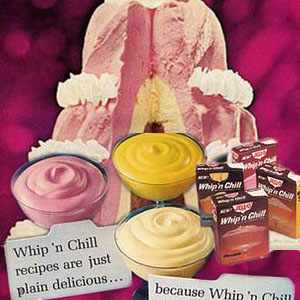 Jell-O was king in the 1960s. The gelatin brand dominated the desserts of the era — not to mention some of the savory dishes and salads. They also sold delicious Whip'N Chill, which could be served like a pudding or piled into glorious pink mountains. 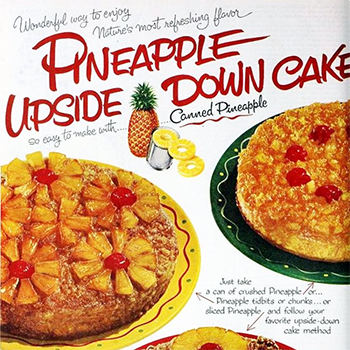 Midcentury people treated canned pineapple like a gift from the heavens. One could encase it in Jell-O, of course, or heat up this sticky favorite. 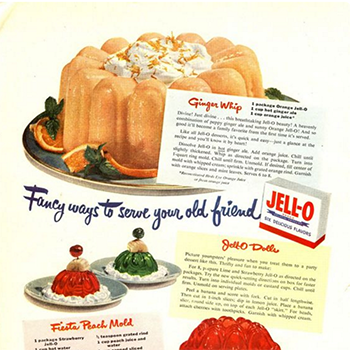 Back to Jell-O for a moment. One did not just mix those packets with water. For extra fizz one could dump in some soda pop, or for an air of adult sophistication, some champagne. Here we see some "Ginger Whip" made with ginger ale. 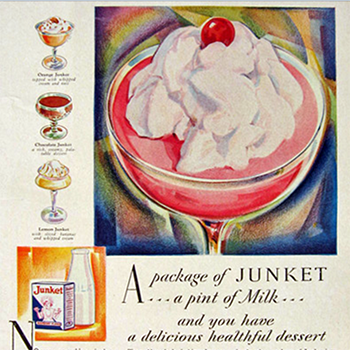 Junket was a digestive enzyme known as rennet dumped into milk, which would curdle into a kind of custard. It's more delicious than it sounds. The stuff was quite popular in the northeast, and the Junket brand branched out to include Sherbet Mix and Quick Fudge. 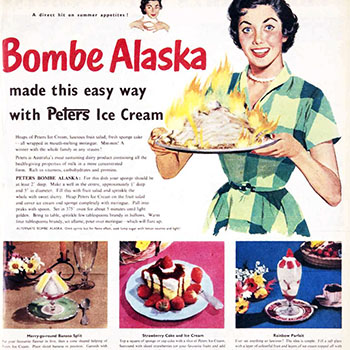 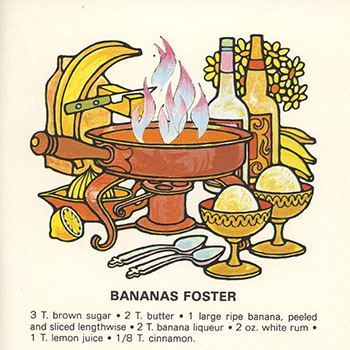 Speaking of fire, flames were one sure way to wow a diner at dessert. The juxtaposition of heat and ice so beloved in Baked Alaska could be found in this New Orleans delicacy, too. If you wanted to impress someone at the table, you flambéed some tropical fruit. While we're on the topic, everything was seemingly banana flavored back then. 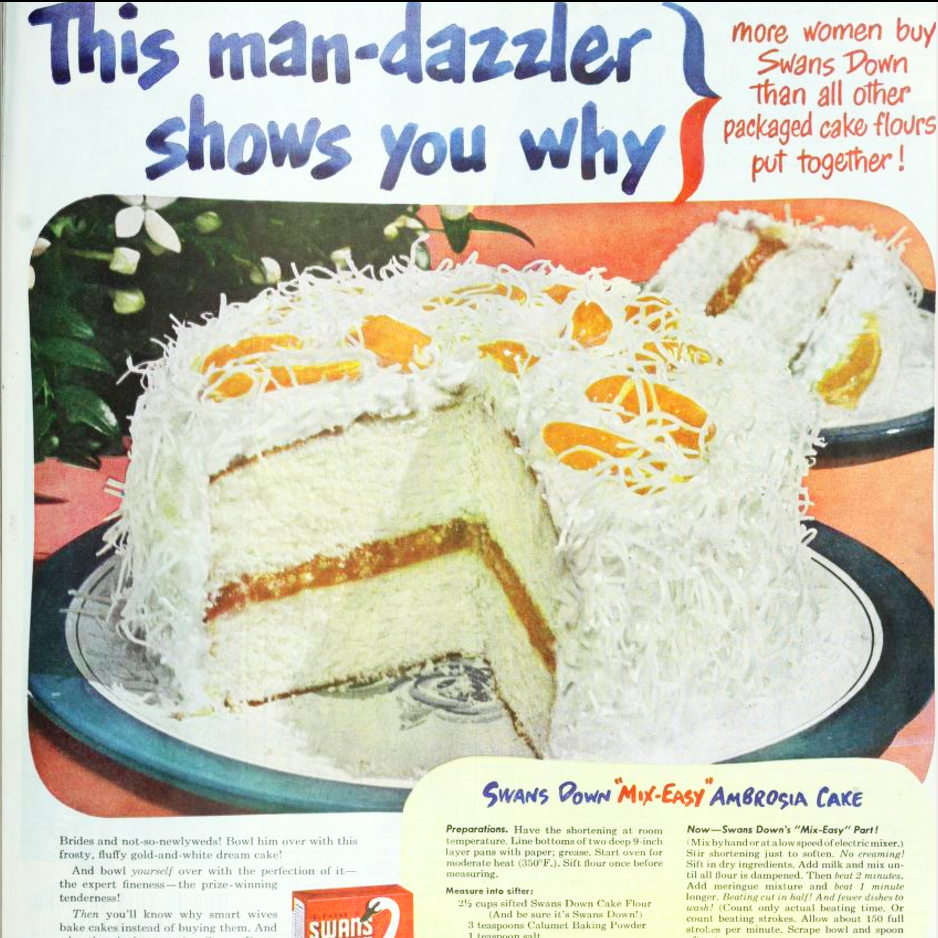 Alongside pineapple and banana in terms of popularity was coconut. This stack of Cool Whip, fruit and white cake is like the Las Vegas chapel to a fancy wedding cake. 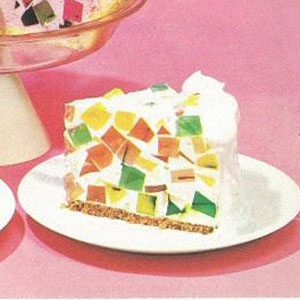 Perhaps it's understandable that something called "Broken Glass Cake" would fall out of favor, though the alternate "Stained Glass Cake" sounds a bit less risky. This colorful slice, which could find a place in the Star Trek commissary, was made with Jell-O, of course.

Image: The Joys of Jell-O