She fell down the stairs six times to bring you one of TV's funniest moments. 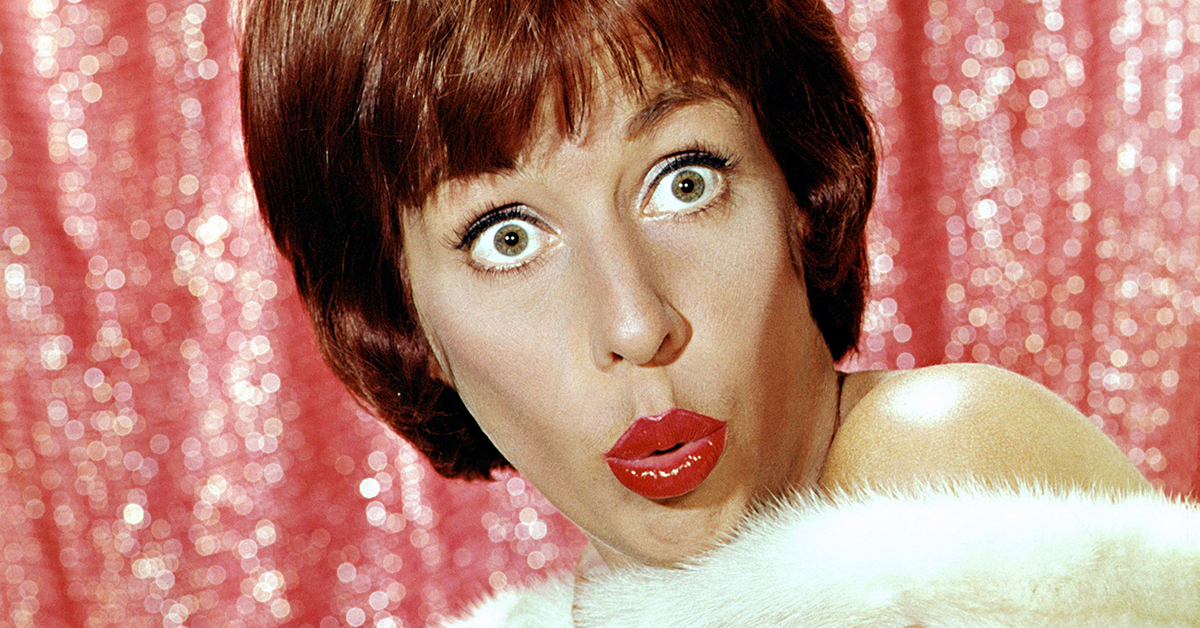 Last year, Carol Burnett released In Such Good Company: Eleven Years of Laughter, Mayhem, and Fun in the Sandbox, a memoir of her time creating The Carol Burnett Show.

You can catch the funniest moments each weeknight on MeTV in Carol Burnett and Friends. Still, as many times as we have laughed at Mrs. Wiggins and "Went with the Wind," Carol managed to surprise us with some fascinating behind-the-scenes anecdotes in her latest page-turning read. We highly recommend the book to any fan of classic comedy, for her personal insights into guest stars and co-stars.

There is much to learn, but here are ten things that jumped out at us.

1. Carol fell down the staircase six times filming "Went with the Wind." 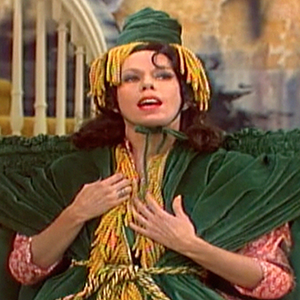 It's one of the funniest moments in television history — when Carol Burnett emerges in that massive green curtain dress. It was not exactly a ball for Burnett, though. "I tumbled down those stairs six times that day!" she writes. "Two times in the morning run-through, two times in the dress rehearsal, and twice in the air show. Oddly enough, I didn't hurt myself at all." Well, that is a relief. 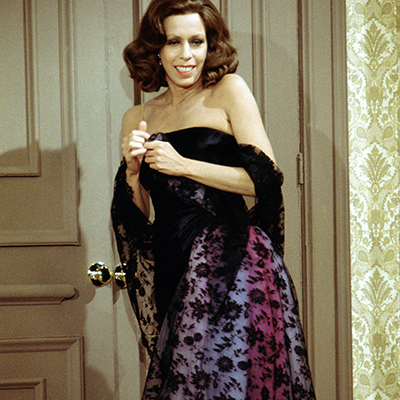 Fashion designer Bob Mackie crafted the glorious gowns and costumes worn by Burnett throughout the series, both in her monologues and in the sketches. "I could wear a different Bob Mackie opening gown every week. A very smart decision," Burnett writes. "At times, I didn't know what to do with my hands, so Bob (cleverly) designed my gowns to have pockets!"

When coming up with the costume for Mrs. Wiggins, the ditzy secretary to Mr. Tudball, Bob Mackie pulled an old skirt from his inventory. It did not quite fit Burnett, as it was too baggy in the rear end area. Instead of tailoring the skirt, Mackie told Burnett, "Stick your butt out." Thus, Mrs. Wiggins' distinctive wiggle was born.

4. The studio itself played a large part in making the show a success. 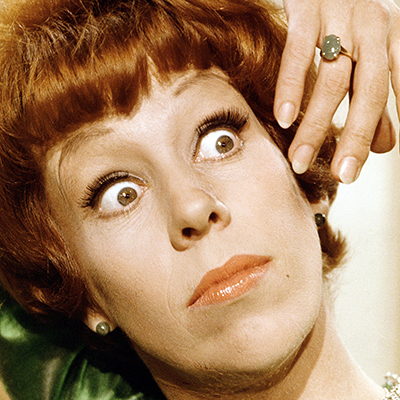 "Studio 33 was the gem in Television CIty. Hands down, it was the best television studio I ever worked in, because the audience seats were arranged below the stage, like in a real theater, and the cameras didn't come between the performers and the audience… whereas other studios bleacher seats," Burnett writes.

5. Burnett took her guest stars out to dinner after taping. 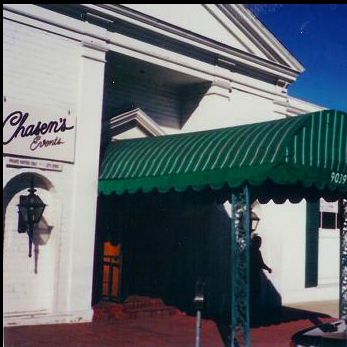 The production schedule on The Carol Burnett Show was friendly to the cast and crew. It allowed Burnett to take her kids to school and pick them up — and often eat dinner with her family. Speaking of dinner, on Friday evenings, after the show wrapped at 9PM, Burnett and her husband Joe would treat that weeks guest stars to a meal at Chasen's, the former Hollywood eatery renowned for its chili, where Ronald Reagan proposed to Nancy.

6. Lyle Waggoner set up an "office" in the hallway to answer his fan mail. 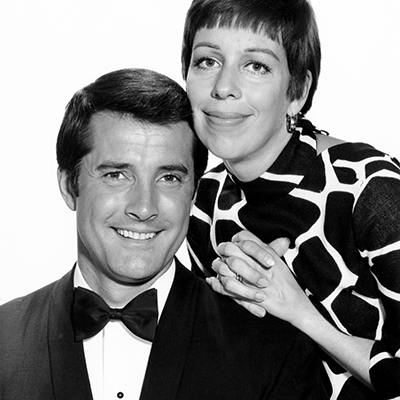 Most MeTV viewers best know Lyle Waggoner as Steve Trevor on Wonder Woman. A decade earlier, he was cast as the handsome announcer for The Carol Burnett Show, a role which eventually grew into a full-time comedic ensemble member. The handsome actor had quite the fan following. "He got a card table and a chair and set up an 'office' in the hallway outside the writers' room," Burnett remembers. "He would sit there when he had time and answer the mail." He also got cash through the mail, from selling copies of his pamphlet How to Audition and Get the Job for a buck. 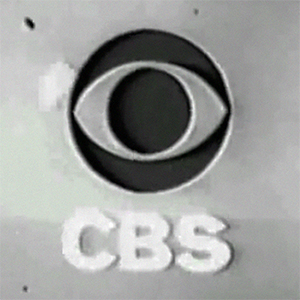 Over the span of eleven years, the show hardly ever heard from the network censor, Charlie Pettyjohn. There was just one joke which was rewritten, very early on in the eighth episode. The skit centered around Harvey Korman interviewing a nudist, played by Carol, who stood covered behind a giant "Sunnydale Nudist Camp" sign, only her bare legs and shoulders showing. "What do you nudists do for recreation?" he asks. She replies, "We have a dance every night." He then asks, "How do nudists dance?" Carol originally was meant to say, "Very carefully." CBS found the line to be too risqué. They changed the punchline to "Cheek to cheek," which was fine. Go figure.

8. Her left ear is longer than her right ear.

Each show, Carol would tug on her left ear as a signal of love to her grandmother, Nanny. All that tugging might have had a slight physical effect. Burnett writes, "Years ago, a reporter from Life magazine measured my left ear, and it was one millimeter longer than my right ear."

9. Carol was addiction to a soap opera — and got Jim Nabors hooked, too. 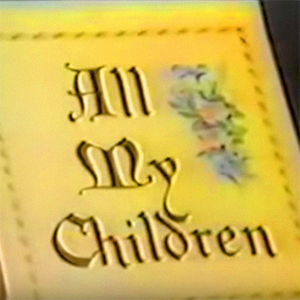 Jim Nabors, best known as Gomer Pyle, was a true friend of the show and a good luck charm who would guest host at the start of each season. "Jim liked teasing me about my being hooked on All My Children, my favorite soap opera, which I watched every day in my office during our lunch break," Carol writes. Nabors wanted to have lunch with Burnett. She told him it was All My Children or no deal. The next day, Nabors showed up at noon, ready to catch up with the exploits of Erica Kane all over again. 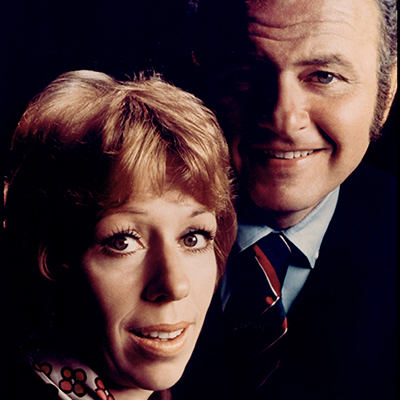 The two stars enjoyed a long, loving relationship, but it did get heated one week. At a point in the seventh season, Korman fell into a dark mood, snapping at guests Tim Conway and Petula Clark. Burnett took him aside. "I said he could be short with me, but not with our guest," she recalls. Korman retorted that he'd just as soon not come back after that night's show. Burnett called him on his bluff, contacting his manager and arranging his release. Korman later calmed down and agreed to return — under the condition that he be cheerful. "In fact, it would tickle me pink to see you skipping around," Burnett told him.

wanderer2575 38 months ago
I thought I read somewhere that it was Bob Mackie's idea that Carol play Eunice and Vicki Lawrence play Mama when they did the first "Mama's Family" sketch, not the other way around as would have been the assumption (since Carol is older than Vicki).
Like Reply Delete