Only a true TV fan would catch all these character flaws. 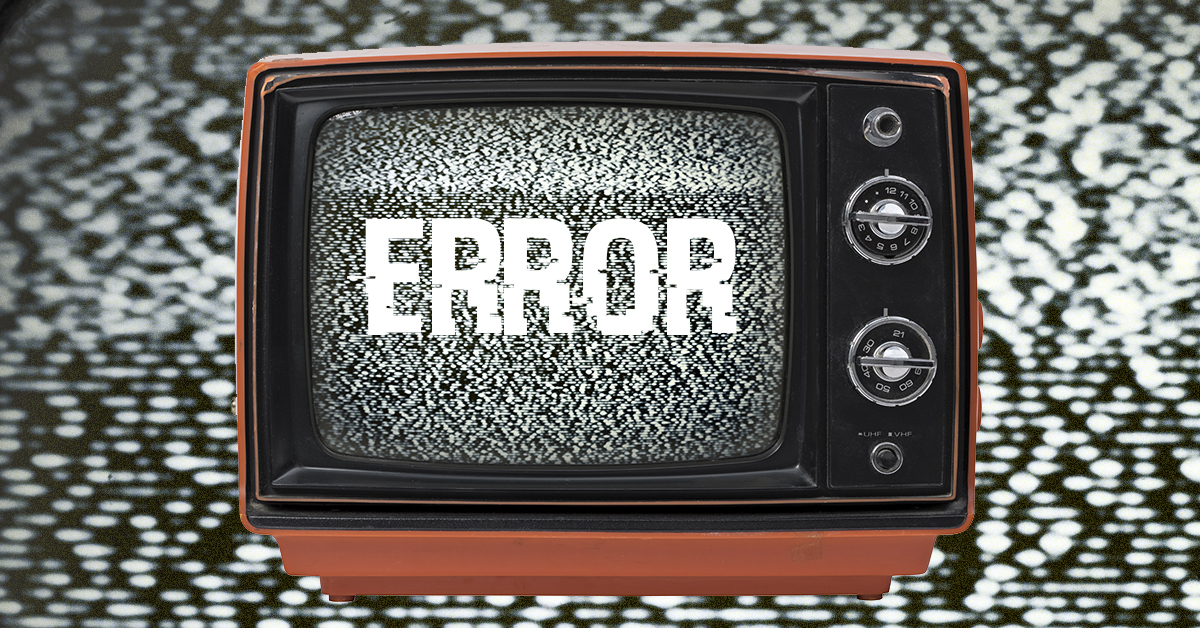 Every TV series is plagued by continuity errors that, for the most part, only the shrewdest fans ever catch. Most often, it's a case of miscommunication between writers. But, occasionally, it's a conscious decision to thwart consistency.

Here, we took a closer look at some of the major plot flaws we found throughout TV history featuring some of our favorite characters, from Barney Fife to Hawkeye Pierce.

1. 'Mama' actually dies before she gets her own show 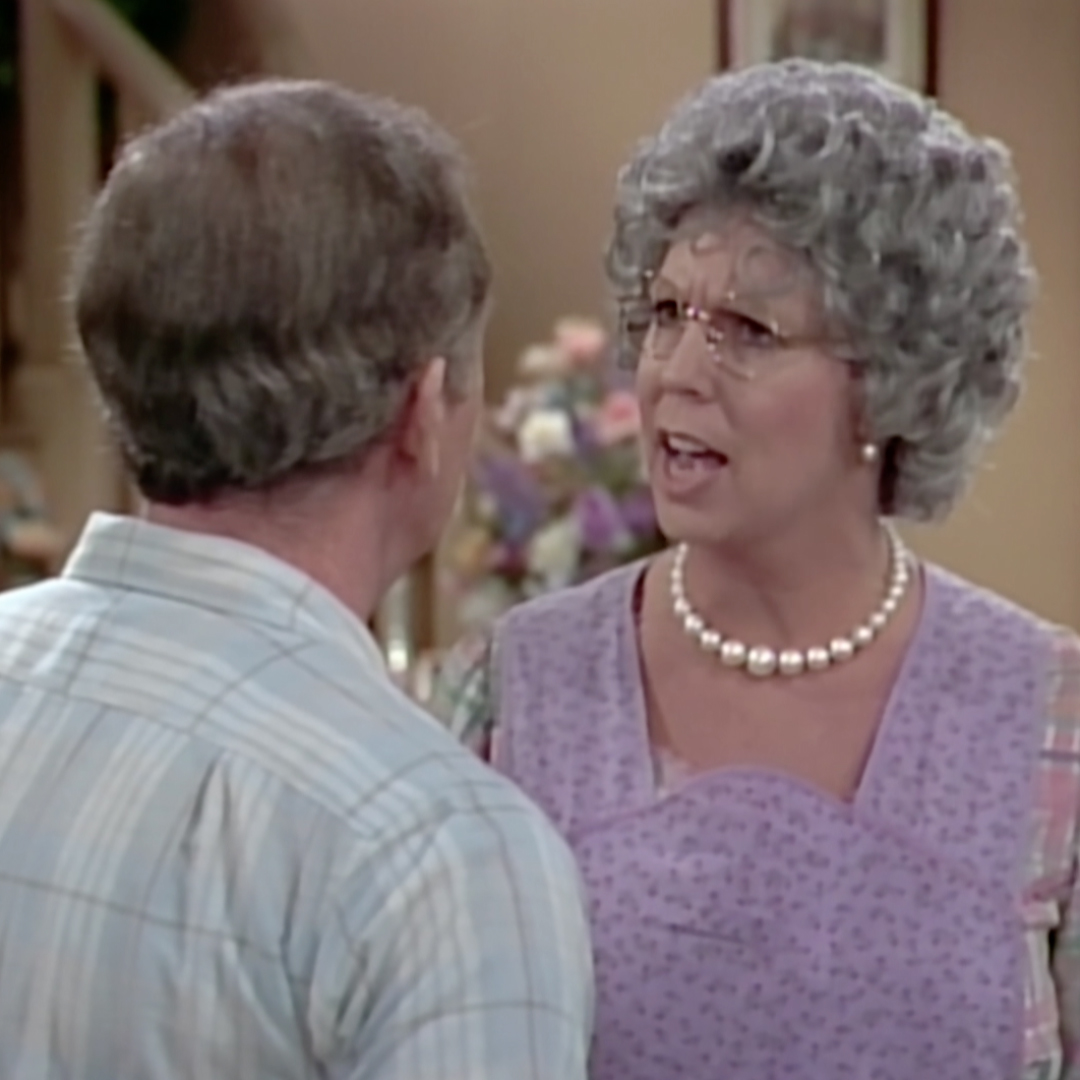 In a recent interview with Las Vegas Magazine, actress Vicki Lawrence had a little laugh recalling that her famous 1983 spin-off Mama's Family started after Mama's funeral already happened on TV in 1982. In the made-for-TV movie Eunice, Thelma Harper is said to have died in 1978, but TV audiences didn't seem to notice or care when she came back to life on NBC in the early 1980s. They likely took a page from Mama's book and sighed, "Oh, I'd rather not talk about it."

2. Listen. Can Barney Fife sing or can't he? 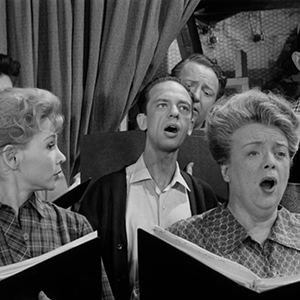 Writers seemed to struggle with deciding whether The Andy Griffith Show's Barney Fife could sing, or if he was utterly tone-deaf. In early episodes like "Barney and the Choir" and "Rafe Hollister Sings," Knotts' character is comically off-key, but in the clip below, Knotts carries the tune from "Oh My Darling, Clementine" better than most schoolboys could, delivering a pleasant rendition of the song with his own updated lyrics.

3. Wait. Is Floyd the barber single or married? 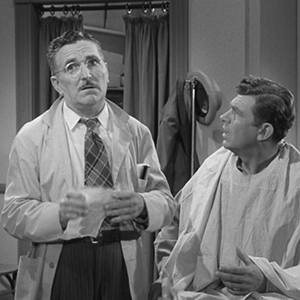 The Andy Griffith Show also couldn't make up their minds whether or not Floyd the Barber ever took a wife, or ever had a son, bending his backstory to the will of the day's plot. Most notably, in the second season, Floyd brings up his son Norman in "The Jinx," but just one season later, Floyd is seemingly son-less and single, seeking a companion as a central element of the plot of "Floyd, the Gay Deceiver." 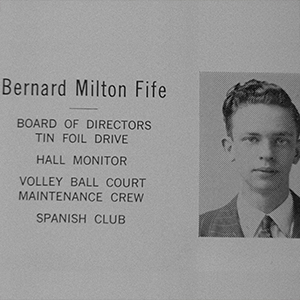 For the majority of The Andy Griffith Show's run, Don Knotts' character introduces himself as "Barney P. Fife." However, this changes at least twice. In "A Plaque for Mayberry," his middle name is Oliver, and in "Class Reunion," it changes to Milton. That explains why Wikipedia makes his name look like such a mouthful: Bernard "Barney" P. Milton Oliver Fife.

5. They also couldn't decide how long Barney's been Deputy Sheriff. 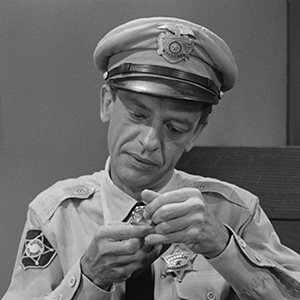 Between seasons 4 and 5 of The Andy Griffith Show, writers seemed to get hazy on how long Barney Fife had been Deputy Sheriff. In the episode "Citizen's Arrest," Andy recalls welcoming Barney to the force 10 years ago, but by season 5's "Barney's Physical," writers must have assumed Barney had been Deputy Sheriff as long as the show had been on air. In that episode, Barney celebrates his 5-year anniversary as Deputy Sheriff, getting a commemorative watch with the sketchy number of years etched inside.

6. The name of the 'Happy Days' diner changes. 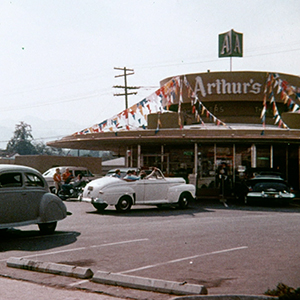 It took writers just a little too long to decide on the name of Arnold's and Al's Drive-In, with the pilot episode showing the gang gathered in what was then called Arthur's. We know Al replaced Arnold after he got married, but the only Arthur we remember from Happy Days tends to go by a more well-known nickname. 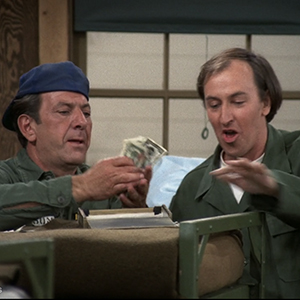 The Odd Couple has a couple continuity issues worth addressing, too, like how long have Oscar and Felix really known each other? In the season 4 episode, "That Is the Army, Mrs. Madison," there's a clear flashback showing the pair proudly serving side by side. Yet earlier episodes confuse the issue, like season  2's "Partner's Investmen" and season 3's "Let's Make a Deal," dialog suggests they did not know each other in the army. 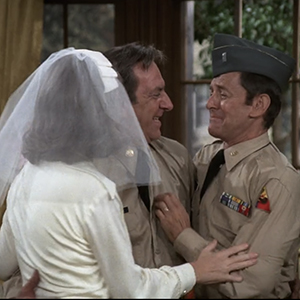 Since we're talking about "That Is the Army, Mrs. Madison," is now a good time to bring up that the episode also includes a flashback to Oscar and Blanche's wedding, where Felix stood as best man. Yet in the first season episode, "I Do, I Don't," Felix says he's never been a best man. If it's true, that's pretty cold, even for The Odd Couple.

9. Who can forget when Hot Lips' dad comes back to life on M*A*S*H? 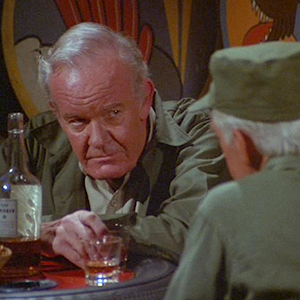 A part of Margaret "Hot Lips" Houlihan's background when M*A*S*H began was the knowledge that her dad was deceased. That must've made it an extra big surprise when her dad comes to visit as Howitzer Al Houlihan in the "Father's Day" episode of season 9.

10. Award for most confusing M*A*S*H backstory goes to Hawkeye Pierce 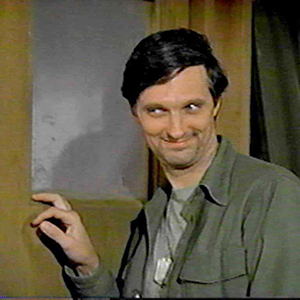 Hawkeye Pierce is a known prankster, so perhaps he's running a harmless long con by changing his family history from episode to episode. Or, more likely, writers just couldn't keep up over the 11-season run. Either way, Hawkeye starts the show with two healthy parents who call Vermont home and a sister who has one son. By the final season, we're told Hawkeye is from Crabapple Cove, Maine, his mom died when he was only 10 years old, and he never had any siblings. 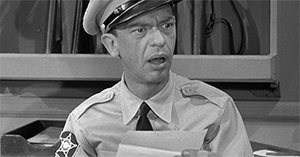 cmurf1960 7 months ago
The funny thing is that Fonzie actually was a co-owner of Arnold's for a time. Al had bought it from Arnold when Pat Morita left the show and kept the name. In season 7, Chachi accidentally burned the place down. Fonzie offers his life savings to Al to help rebuild, in exchange for being his business partner. They reopened as "Fonzie & Big Al's", but down the road, it went back to being Arnold's again.

Not that Fonzie would have allowed it to ever be called "Arthur's" anyway. The only person who was allowed to call him that was Mrs. C.
Like (1) Reply Delete

SilverShortsMarc 7 months ago
In Season 1 of The Andy Griffith Show "Those Gossipin' Men" you actually see Floyd Lawson's other son "Randall Lawson" (Norman's Brother) playing the Saxophone.
Like (1) Reply Delete

AnnWampler 7 months ago
In regards to M*A*S*H, If you would either read the book or even watched the movie it was correct to state that Hawkeye was from Crabapple Cove and his mother was deceased. Having the benefit of reading all the books by Richard Hooker and a big fan of the movie I was often disappointed by the show, it should have been renamed the Alan Alda show.

RedSamRackham 9 months ago
* AND anyone who has ever seen the stage play or movie version of The Odd Couple remember that it begins with Oscar talking to his children on the phone but on the TV sitcom Oscar & Blanche were childless AND on the TV sitcom Felix's ex-wife's name was changed from Frances to Gloria. ♣
Like (1) Reply Delete

MarkJamesMeli RedSamRackham 9 months ago
There isn't a series more wrought with backstory issue errors than THE ODD COUPLE. I almost think that they did it to confuse people who were to study the show closely for decades to come. My bet is that, if they did a season six, there would have been another variant.
Like (2) Reply Delete

GregLemieux 30 months ago
Yes, there were all kinds of continuity problems with the Odd Couple:

For starters, in Season 1’s “The Jury Story”, they implied that Felix and Oscar had met seven years before while on jury duty together. But in Season 2’s “Speak for Yourself” Oscar is the one who introduced Felix to Gloria and had to propose to her when Felix got laryngitis. Season 3’s “This is the Army, Mrs. Madison” had the two as Army buddies and Felix being at Oscar’s wedding.

And what did Felix do in World War II? Season 2’s “The Odd Couple Meet their Host” said he was in a German P.O.W. camp (where he got a medal for the cleanest barracks). Season 2’s “Partner’s Investment” had him stationed on a Japanese Island, and on Season 5’s “Laugh, Clown, Laugh”, he was making documentaries with Richard Dawson during the war.

And the opening narration in the theme wasn’t accurate either. They said Felix sought out Oscar after his marriage broke up. But they also said that “sometime earlier” and later “several years earlier” that Oscar had been thrown out by Blanche. However, Season 2’s “A Night to Dismember” had Felix and Gloria breaking up before Oscar and Blanche broke up.

I loved the show, but it had lots of continuity issues.

ttenchantr GregLemieux 27 days ago
Also, despite the opening saying Oscar was thrown out a later episode shows Oscar and Blanche living the same apartment he later shares with Felix implying Blanche left him rather than throwing him out. BTW that apartment must be pretty cheap as Oscar manages to keep it despite the fact he's always broke and didn't have a roommate for quite a while.
Like Reply Delete