Where To Watch Shop Store Contact
Home / Stories / 10 classic TV characters with numbers for names
Did you know?

Even the smallest role counts. 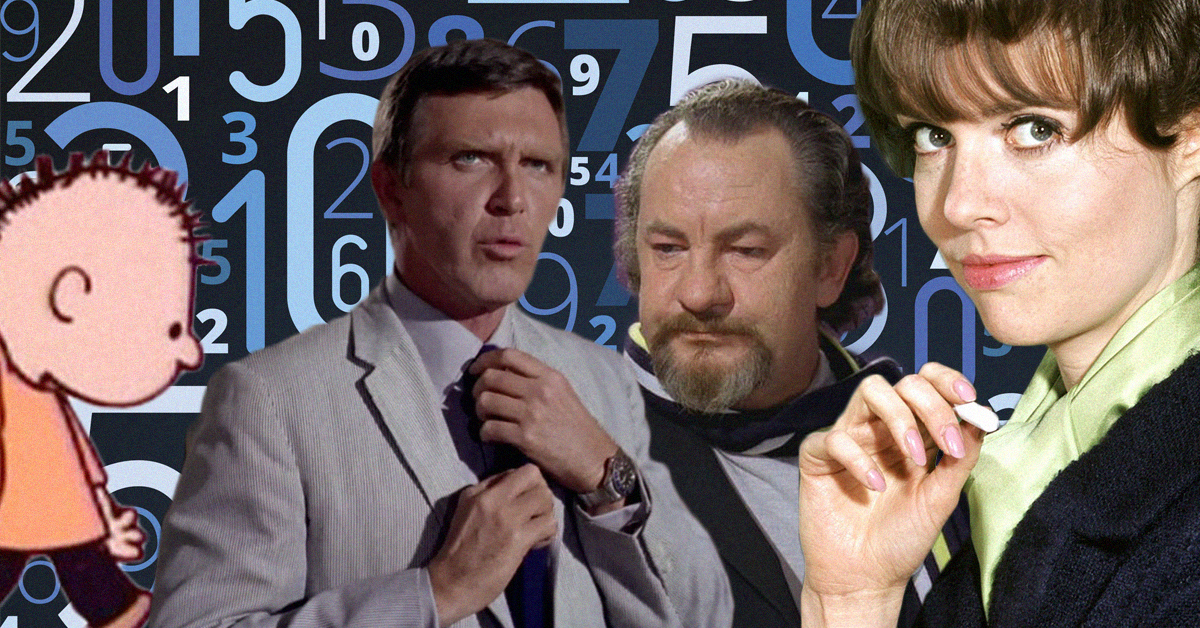 Television audiences fell in love with a girl named Eleven. The science experiment with a shaved head was the centerpiece of the sensational Netflix series Stranger Things.

There have been other characters in modern Hollywood with numbers for names: Krazy 8 in Breaking Bad, Number Six on the remake of Battlestar Galactica, the lead creature in the animated film 9, etc.

We, as always, like to look further back. TV has given us a good number of characters named after numbers. Here are some that stick in our memory. Who was your favorite number-named character? 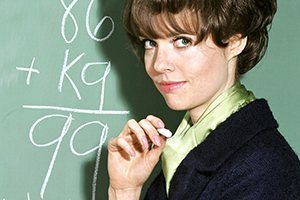 We all know that Agent 86 is the alias of Maxwell Smart; however, this hilarious spy spoof never revealed the real name of Agent 99. Not even the duo's eventual marriage spilled the beans on true name of Barbara Feldon's character. What are your theories?

SEE MORE: WOULD YOU BELIEVE… 17 SUPER INTELLIGENT FACTS ABOUT 'GET SMART' 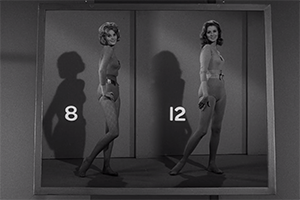 While it may not be in The Twilight Zone hall of fame, the fifth season episode "Number 12 Looks Just Like You" remains one of Rod Serling's more prescient visions of the future. A morality tale about conformity, the story centers around a teenager named Marilyn who has reached the age when she must choose a beautiful new body model. She resists "the Tranformation," but ends up a gorgeous clone (No. 8) in the end — and enamored with her looks. 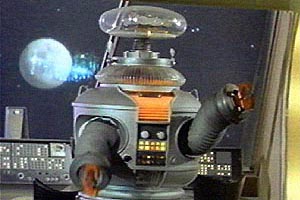 Sure, he had a letter in his name, too, but we'd be in "Danger!" if we overlooked the Robinson clan's trusty robot pal.

SEE MORE: EVERYTHING YOU WANTED TO KNOW ABOUT THE ROBOT SUIT ON 'LOST IN SPACE' 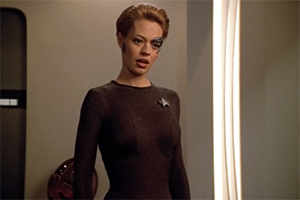 Jeri Ryan became a geek idol after taking on the role of the Borg drone gone good. The Star Trek universe gave us a few characters on this list, which should be no surprise. Science fiction is the realm of number names. That being said, there was also a very Cousin Oliver–like kid who popped on Married… with Children named Seven. In season seven, of course. 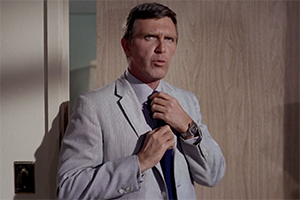 Pity that Gary Seven never got the series he deserved. Robert Lansing portrayed the mysterious alien man, armed with his "servo" and a resistance to Vulcan nerve pinches. He appears in the season two finale, "Assignment: Earth," which served as a backdoor pilot for a spin-off series that would feature Lansing and co-star Teri Garr. Seven contacts the Enterprise as he attempts to thwart a nuclear doomsday on Earth, circa 1968. 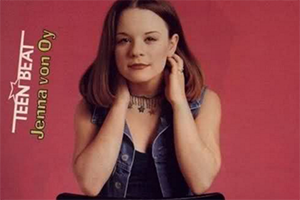 Whoa! Blossom's B.F.F. had a crush on her brother, Joey. And most of young America had a crush on Six in the early '90s, as actress Jenna von Oy posed for pin-ups in teen magazines.

7. Number Six on 'The Prisoner' 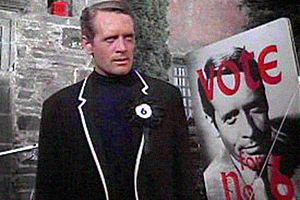 Is there a cooler number character than the one played by Patrick McGoohan? He was a British agent who wakes up trapped in a strange seaside village after being gassed. Many have speculated that the character is John Drake, the main man from McGoohan's previous series Secret Agent (also known as Danger Man). However, McGoohan denied this. What do you think?

Hey may not be Pigpen, but "5" is certainly one of the more memorable peripheral Peanuts kids, even if few recall his full, truly bizarre name. His dance moves in A Charlie Brown Christmas are iconic. 95472 was the boy's surname, actually a zip code in California, where Charles Schulz was living when the character came into being. He has sisters named 3 and 4. His father explained to Lucy that he was overwhelmed by the preponderance of numbers in modern living and just "gave in." 555 95472 appears in over a dozen Peanuts television specials.

9. Number Two on 'The Prisoner' 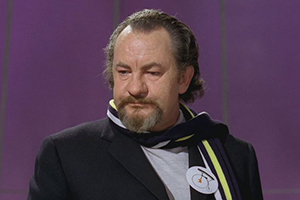 We couldn't mention The Prisoner without bringing up the mysterious Number Two. Well, Number Twos. Seventeen actors portrayed the enigmatic administrator of "the Village." Leo McKern, pictured, holds the record for most appearances as Number Two, though he only shows up in three episodes. 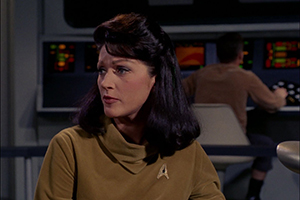 It's rather sweet in hindsight that Gene Roddenberry would name Majel Barrett's character "Number One," as the two ended up getting married in 1969. Number One, the unnamed second-in-command of the Enterprise introduced in the series pilot, "The Cage," only appeared in that single unaired episode (and in "The Menagerie," which recycled footage from the failed pilot). Barrett went on to play Nurse Christine Chapel in The Original Series instead.

Or drag a file here to upload
WILD 6 months ago
Seven of Nine's "Human" name was Annika Hansen. Seven of Nine was her Borg designation.
Like Reply Delete

Dario 20 months ago
British actor Leo McKern is best known as the cult leader who tries to steal Ringo Starr's ring in the Beatle film Help!(1965), and, as the main character Horace Rumpole in the Rumpole Of The Bailey on PBS. 🇬🇧🇬🇧🇬🇧🇬🇧🇬🇧 📺📺📺📺📺 ⚖️⚖️⚖️⚖️⚖️ 🚬🚬🚬🚬🚬 😁😁😁😁😁
Like Reply Delete

JohnWilliams 27 months ago
The Ancient One from Dr. Strange, Eleven from Stranger Things, and B4, Data’s brother from Star Trek Next Generation. There was also a Borg drone whose designation was “1” on ST Voyager.
Like Reply Delete

Mark 29 months ago
Who can forget "Seven," the child on one of Peg Lundy's cousins, who was left at the Bundy doorstep in the 7th season of "Married with Children." As it turned out, everybody did. He just disappeared after a few months and was never referred to again. Al didn't even notice Seven's picture on a milk carton.
Like (2) Reply Delete

JD401 30 months ago
Regarding "Number 6" being "John Drake", people have argued both for and against since the 1960s! Personally, I think the two are one and the same. After all, the American theme/show title for "Danger Man" was "Secret Agent Man", which had the line "... giving you a number and taking away your name"... heck, the very first episode was partly filmed in Portmeirion! ;-) Let the argument continue for another 5 decades...
Like Reply Delete

Mark JD401 29 months ago
One explanation for Number 6 was that McGoohan did not own "Secret Agent/Danger Man," so if he were to admit his character was indeed John Drake, he'd have to pay a royalty.
Like (1) Reply Delete