You can now buy Robby the Robot from 'Twilight Zone,' 'Lost in Space' & 'Forbidden Planet' 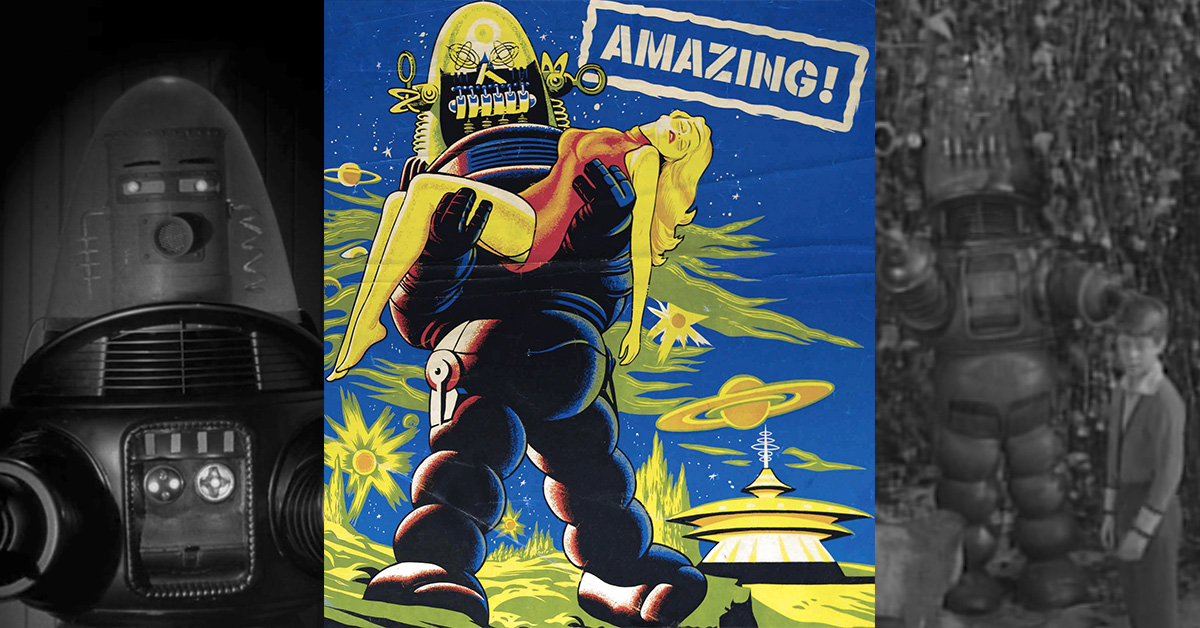 One of the most iconic robots in movie and TV history is currently up for auction to the highest bidder. Robby the Robot, who was built as a prop for the 1956 sci-fi film Forbidden Planet, cost about $100,000 to make back then. Now he's being sold with his hovercar, his control panel, and a bunch of old accessories.

On television, Robby the Robot appeared in four different episodes of The Twilight Zone from 1959 to 1964. The scene on the left in the photo above is from "Uncle Simon," a fifth season episode where Robby's original head was discarded and a simpler prototype was designed and used to pull off the close-ups. Robby is heavily featured in this episode's plot, as the titular Uncle Simon, and is naturally the central haunt of the episode, slowly morphing into the robot's inventor after he dies from injuries sustained during the episode. Ever seen a robot with a limp? Other episodes you may recall seeing Robby in include "One for the Angels," "The Little People" and "The Brain Center at Whipple's." Robby's clunky frame and whirring lights definitely fit into The Twilight Zone aesthetic. 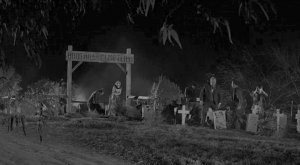 Robby has appeared on TV shows regularly, including a later appearance on the popular new sitcom The Big Bang Theory in 2014 and two episodes of Lost in Space in 1966 and 1967. On the right in the photo above, we've pulled a view of Robby in a scene from the show's first season episode "War of the Robots." Other classic shows where you can catch a glimpse of Robby are The Monkees, The Addams Family, The Man from U.N.C.L.E., The Many Loves of Dobie Gillis, plus this memorable episode of Mork & Mindy, which you can stream free below:

If you're up to compete for one of sci-fi's most distinct and prized possessions, the Out of This World Sale will be taking bids until November 21, with no current asking price listed. See details and more info here.