Balki and Larry are back with a strange new roommate. 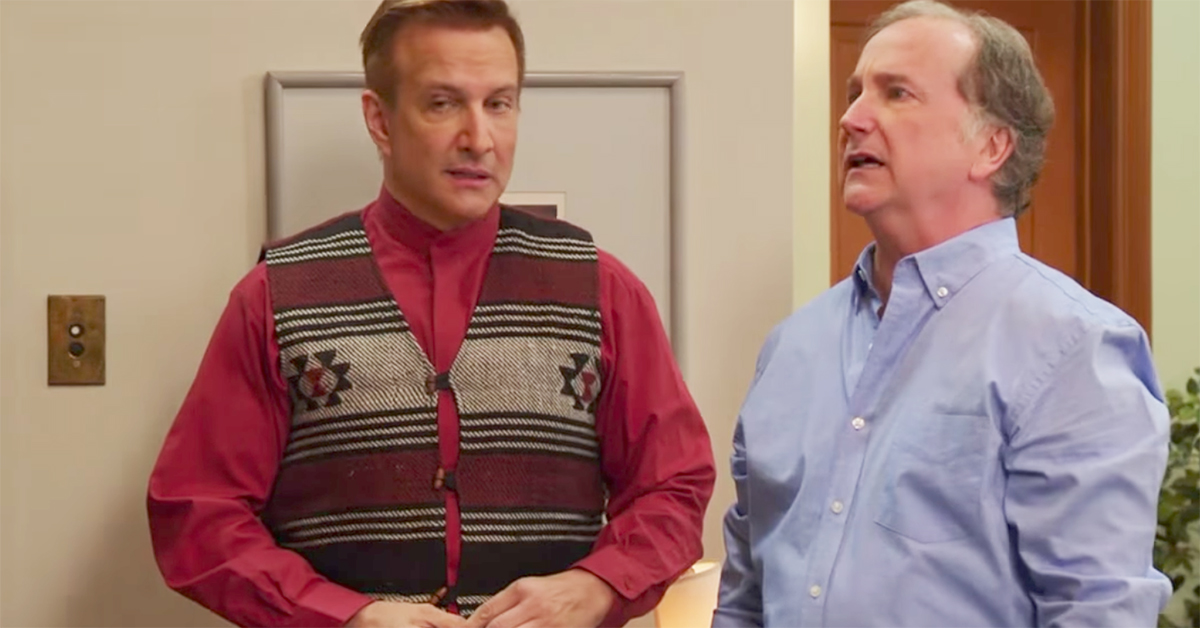 The '80s are hot. Again. Still. Honestly, nostalgia for the 1980s has been going strong since the 1990s, but the recent pop culture phenomenon of Stranger Things has cranked up the volume on the neon. It seems like another generation has Pac-Man Fever. (Well, Dig Dug Fever, thanks to Stranger Things.)

The mock sitcom sees the Demogorgon monster from Stranger Things moving in with Larry and Balki as the third roommate. Of course, the Stranger Things kids turn up, too, with stock sitcom laugh track. We are most impressed, however, with the recreation of the set. It's a dead ringer for the original Chicago apartment seen on the 1986–93 series. We know because we just binged episodes of Perfect Strangers a couple weeks ago as part of our TGI-Me event. (You can currently watch Home Improvement.)

Linn-Baker and Pinchot slip naturally back into their roles. It helps if you've seen Stranger Things. Or Perfect Strangers, for that matter. Watch the sketch below.