Watch Samuel L. Jackson play a patrolman in his first ever TV appearance 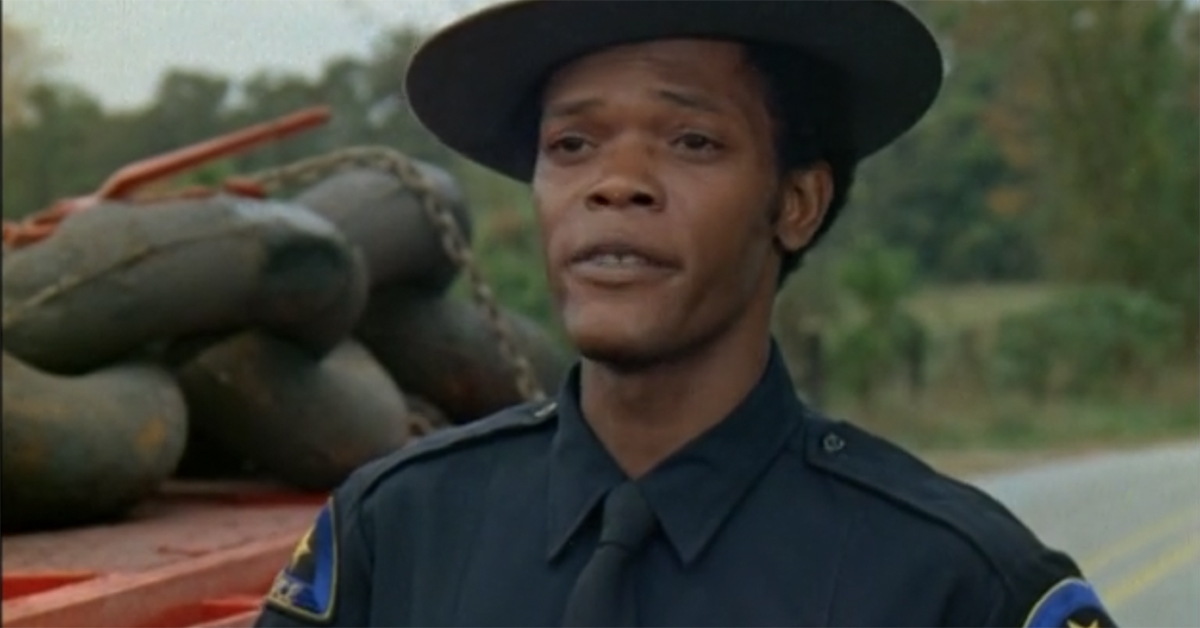 Samuel L. Jackson plays one heck of a bad guy. If you're making an action movie, and you can't get a British bloke for the villain, who better than America's hardest working actor? In recent years, the credit card commercial man has portrayed quirky baddies in films like Miss Peregrine's Home for Peculiar Children and Kingman: The Secret Service. His big break came as an Old Testament–quoting hitman in Pulp Fiction.

Of course, Samuel L. Jackson makes for a fantastic hero, too. He's been a Jedi, an animated superhero, Shaft, the ringleader of the Avengers and an FBI agent on a plane full of snakes.

He got his start as one of the good guys, too. A man in blue, specifically. In 1976, Jackson, a Drama grad from Morehouse College, moved from Atlanta to New York. He had already made his screen debut, of sorts, in a low-budget blaxploitation film called Together for Days (or, in some cases, Black Cream) that was shot in Atlanta. That flick was and remains rarely seen.

Jackson's first national screen debut came on television, in season two of Movin' On, the drama series that capitalized on the trucking craze of the era. In the episode, "Woman of Steel," Sonny and Will, the main characters, are truckin' to a steel mill in Georgia. At one point, about 16 minutes in, the two stop. They are hauling too much weight.

A policeman pulls up and tells them as much. It is Samuel L. Jackson, unmistakable, albeit with a heavier Southern accent. It was an uncredited role, but people took notice.

You can watch it for yourself here on MeTV.com. Stream the episode below and watch all of Movin' On.

jamiahsh 38 months ago
“We’re sorry, but the page you requested does not exist.”
Like Reply Delete