The music makes one feel happy and the other serious. 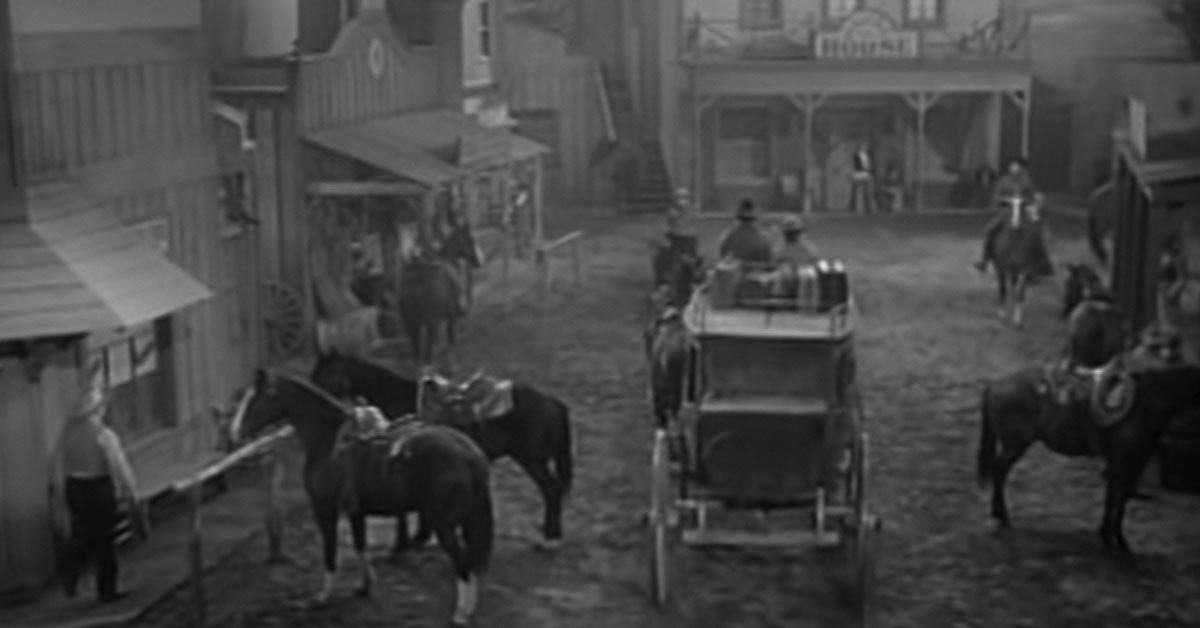 Reusing footage was a common practice in the early days of television, particularly in Westerns. For shows like Wagon Train and Rawhide, shots of people and animals moving across grand landscapes were crucial for the story. This footage was often taken from studio libraries that were stockpiled with reels of cowboys, wagons, cattle and beautiful vistas.

But it wasn't just stock footage that was reused. Sometimes, if a particular shot was too complicated or expensive to shoot again, production companies would just find a similar shot that had already been completed – even if it was filmed on a soundstage!

That exact situation happened in season two of The Rifleman. Not only was the same scene used in two separate episodes — a mere two episodes later — it was used in precisely the same way!

"The Jailbird" opens with a stagecoach riding into North Fork. A man standing outside the Bank of North Fork waves as it passes. The stage curves slightly to the left and pulls up in front of the Madera House hotel. The shot only lasts about ten seconds but contains enough details for sharp-eyed viewers to notice if they ever happen to see it again. And wouldn't you know it? That opportunity comes just two episodes later.

"Nora" starts with a stagecoach riding into North Fork as well. The same man in the lower left corner waves as it passes and the stage pulls up in front of the Madera House. These two opening shots are identical visually but don't feel the same – and that's all to do with the power of music.

Composer Herschel Blake Gilbert wrote a lively, upbeat tune for the beginning of "The Jailbird" and something far more serious and suspenseful for "Nora." After all, the passenger in the former is a friendly looking man (though we learn he’s just been released from prison) and the latter episode starts with an injured woman stepping out of the stagecoach.

The shot used to open both these episodes is anything but simple. Not only are there four horses pulling the stagecoach, but also some tied up along the boardwalk. Plus, two riders saunter down the street right after the stage drives by and a man crosses the street on foot.

Though all these movements are meant to look natural, they each have to be carefully timed and choreographed to look good on camera. It’s no surprise producers decided to reuse one quick shot. 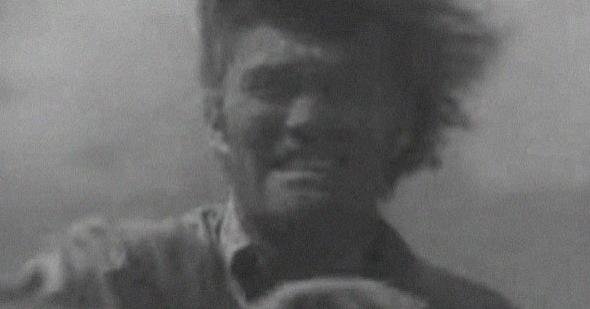 did you know?westerns
Buddy Hackett was four years younger than his “son” on The Rifleman

Did you know?Westerns
Before he was the barkeep in Gunsmoke, Glenn Strange was the stagecoach driver in The Rifleman
Are you sure you want to delete this comment?
Close

F5Twitster 10 months ago
"Composer Herschel Blake Gilbert wrote a lively, upbeat tune for the beginning of "The Jailbird" and something far more serious and suspenseful for 'Nora.'"\

ncadams27 10 months ago
Musical cues were very important in setting the scene. Next time you watch the movie Psycho, turn off the sound in the scene where Marion Crane is driving along the highway prior to arriving at Bates Motel. Seems like such a leisurely drive.
Like Reply Delete