Where To Watch Shop Store Contact
Home / Stories / This M*A*S*H cheerleader became a ''female Andy Warhol''
Did you know?The Muppets1970s

"Henry in Love" was written for Kathrine Baumann, who became a famed handbag maker. 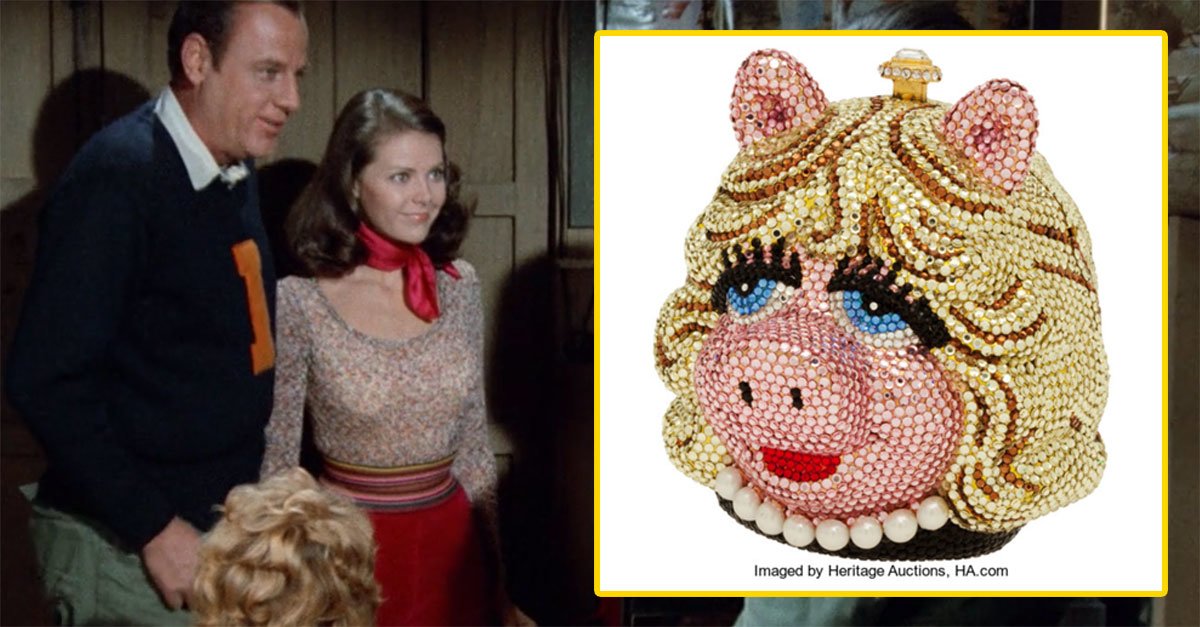 In the second season of M*A*S*H, Henry Blake falls in love. This is a problem because it's not with his wife, but rather with a typist half her age named Nancy Sue Parker. Blake meets her in Tokyo, but soon she comes to visit him in camp.

For "Henry in Love," Nancy Sue is played by Kathrine Baumann, who was a runner-up for Miss America four years before the episode aired and had since become a model and an actor. She even graced posters with Farrah Fawcett.

You see, it was no coincidence that she was cast as an irresistibly positive, chipper young dollface on M*A*S*H. Producer Larry Gelbart reportedly wrote the episode just for her, and her character draws a lot from her personal life. Nancy Sue Parker is also a cheerleader from Ohio, and in the episode, Hawkeye even gets her to do one of her old cheers after she gets reminded of the good old days by a fight song played on the jukebox during her visit. 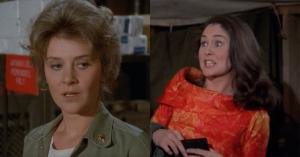 The tension in this episode is centered on Henry Blake, who is going through a midlife crisis and must decide if he's really going to throw away his happy family life to start over with Nancy Sue. Fortunately for fans of the original 4077th leader, Hawkeye helps Henry make the right choice, and it's possible once Nancy Sue walked offscreen, you forgot all about her.

Well, let us tell you what happened since you saw young Nancy Sue Parker on M*A*S*H.

Through the 1970s and ’80s, Baumann appeared on many shows, including The Dukes of Hazzard, CHiPs, Fantasy Island, Knight Rider, and a special role in a two-part episode of the M*A*S*H spinoff Trapper John, M.D.

But, she then found herself in a scary medical situation herself. She walked into a sliding glass door and ended up getting 272 stitches in her left leg.

Unable to do much, she started paying attention to people walking by on the street and she noticed something. The handbags they carried caught her eye, and she decided to become a Beverly Hills "baglady" – only she didn't want to design any old black purse.

Inspired by Judith Leiber's whimsical bags in the shapes of hot dogs, tubes of lipstick, a slice of pizza, or a martini glass, Baumann decided to make extremely intricate handbags that captured her favorite pop culture icons.

From this idea sprang the most glamorous Miss Piggy purse on earth, as well as handbags modeled after the Titanic. These ornate bags glittered, clutched by elites walking the red carpet at the 1997 movie premiere. Her other designs include Tweety Bird, Dorothy's slippers, the green M&M, Mickey Mouse, and Barbie.

She also looked at some of the same everyday objects that inspired Leiber and other famous pop artists, which is why CNN once dubbed Baumann the "female Andy Warhol." Check out her other handbag designs, sparkly renditions of recognizable items like champagne bottles and Campbell soup cans.

Once TV host Larry King asked her why handbags and not dresses? She answered, "Well, because I was an actress, I know what glamour is. And I've had my own premiers. And I think that the dress is imperative; it's like the skeleton. But you have to also add to it."

She clearly has a deep love for accessories, and these handbags today still sell for thousands of dollars, even leading some to create knock-offs of her highly original work. She told Larry King why special handbags are worth spending extra to look like a million bucks: "It's not just the dress; it's the look that a stylist creates. And that's why they're so important." 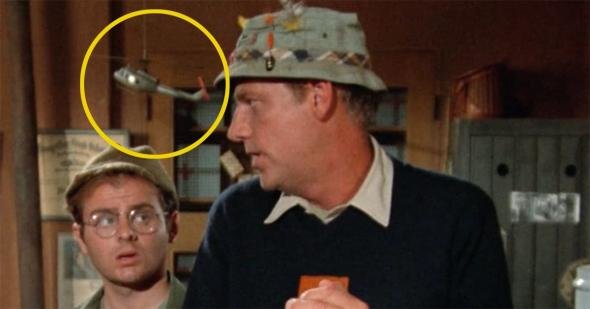 Did you know?1970s
This model helicopter was a major mistake on M*A*S*H but had a charming reason to be there

Did you know?1970s
Let’s recognize the only extra who committed to selling this dramatic M*A*S*H scene
Are you sure you want to delete this comment?
Close

JohnGibbons 25 months ago
I don’t care for the first few episodes as much when the characters are still developing. The middle seasons 74-78 were the best years. From about 79-83 were not
as good. They probably went 4 years too long.
Like (1) Reply Delete

Chris 25 months ago
If I did own MeTV
Gone list:
Hogan's
Gomer
Acres
Mama
Replace with:
Get Smart
Adam's family or Munsters
MTM
Bob Newhart

Wiseguy 25 months ago
"And I've had my own premiers."

Chris 25 months ago
PLEASE only air episodes with Trapper and Henry!! I did love Sherm until the end and BJ for about 1 maybe 2 seasons then he became so smug and acidic. :) IMO, show was near perfect until end of 78 season, but I'll watch any episode anytime, even when Margaret forgot how to act and got along with Hawk.
Like (1) Reply Delete

Wiseguy Chris 25 months ago
A station or network is not going to buy an entire series (the only way it's packaged) and only show three years. Besides, even though I don't care for the final seasons, some viewers do and, unless you buy MeTV and can make decisions that would cost you money, you're only one viewer.
Like Reply Delete

MaryMitch Chris 25 months ago
I actually like the later seasons; the characters weren't as cartoonish.
Like (1) Reply Delete

seacoast Chris 25 months ago
I agree but I'll take it every further. There was Mash 1 the Henry Blake years and then Mash 2 the Colonel Porter years. Mash 1 , Blake and Trapper John were much funnier and the show had a comedic genius to it after they left it got mundane and more serious the tone changed.
Like (1) Reply Delete

harlow1313 25 months ago
I always found this episode troubling. After all, it was only a few episodes back that Henry's wife delivered a new baby.
Like Reply Delete

gracie200 25 months ago
This is a really interesting story. First it said after this ep you probably forgot about her....they were right, didn't think about her any more until reruns. But her life after M*A*S*H was cool and i had never heard any of it. a friend of mine also went thru a sliding glass door and had a couple hundred stitches....and she was pregnant at the time - yikes. I looked up her hand bags and they were certainly different.....and shiny. lol. i love learning new stuff like this. thanks MeTV.
Like Reply Delete

RedSamRackham 25 months ago
* It was indeed perhaps the funniest Henry Blake episode. "The Big L" ☺
Like (1) Reply Delete