Where To Watch Shop Store Contact
Home / Stories / This model helicopter was a major mistake on M*A*S*H but had a charming reason to be there
Did you know?1970s

Children made the art hanging in Blake's office. 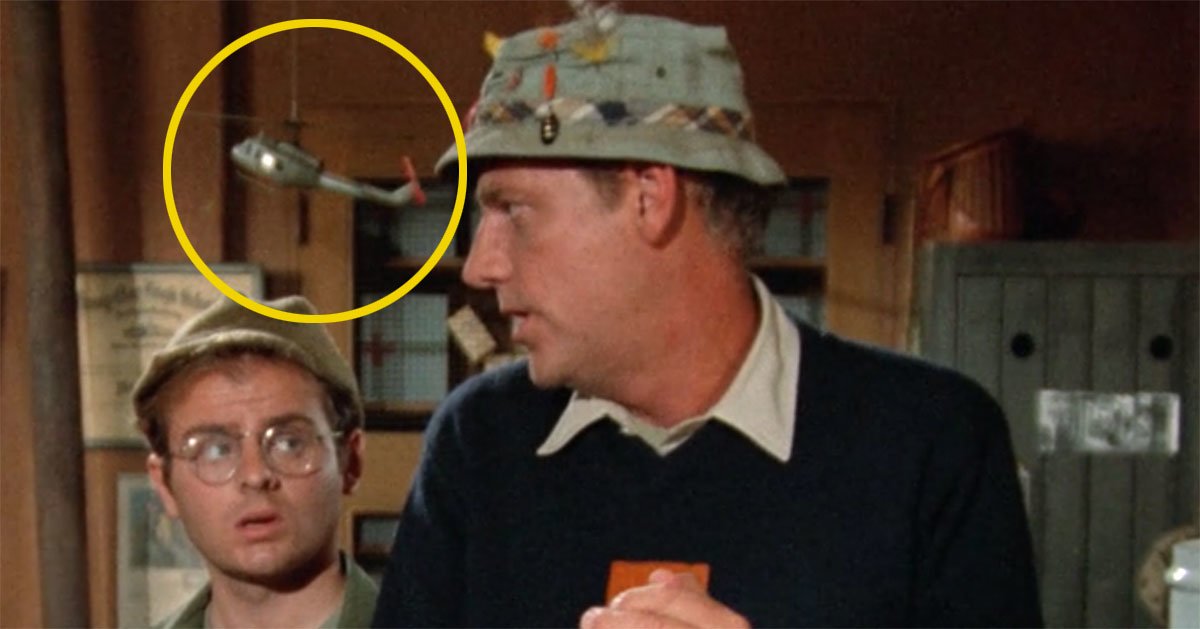 Aside from the human characters, the first image that comes to mind when you think M*A*S*H might be helicopters. Two choppers arrive over the mountains at the start of every episode. The yellow M*A*S*H title overlays the aerial footage of arriving Army copters. The shots of the helicopters in flight were unused leftover footage from the 1970 MASH film.

Those particular aircraft — the dragonfly-like body with the bulbous glass cockpit and bare metal tail boom — were Bell H-13 Sioux helicopters. That model first took flight in the 1940s and belonged in a military show set in the Korean War from 1950–53.

However, if you look closely in the background of M*A*S*H, you will see other helicopters. And these particular choppers did not belong. In fact, they were temporally impossible.

Early in season two, keep your eyes peeled for a model helicopter dangling in the office of Henry Blake. Keen aircraft experts will note this miniature as a Bell UH-1 Iroquois, better known as the "Huey."

There is just one problem. The Huey did not take its first flight until 1956, and was not used fully by the military until the end of the 1950s, years after the Korean War ended. The Huey is far more associated with the Vietnam War of the 1960s. 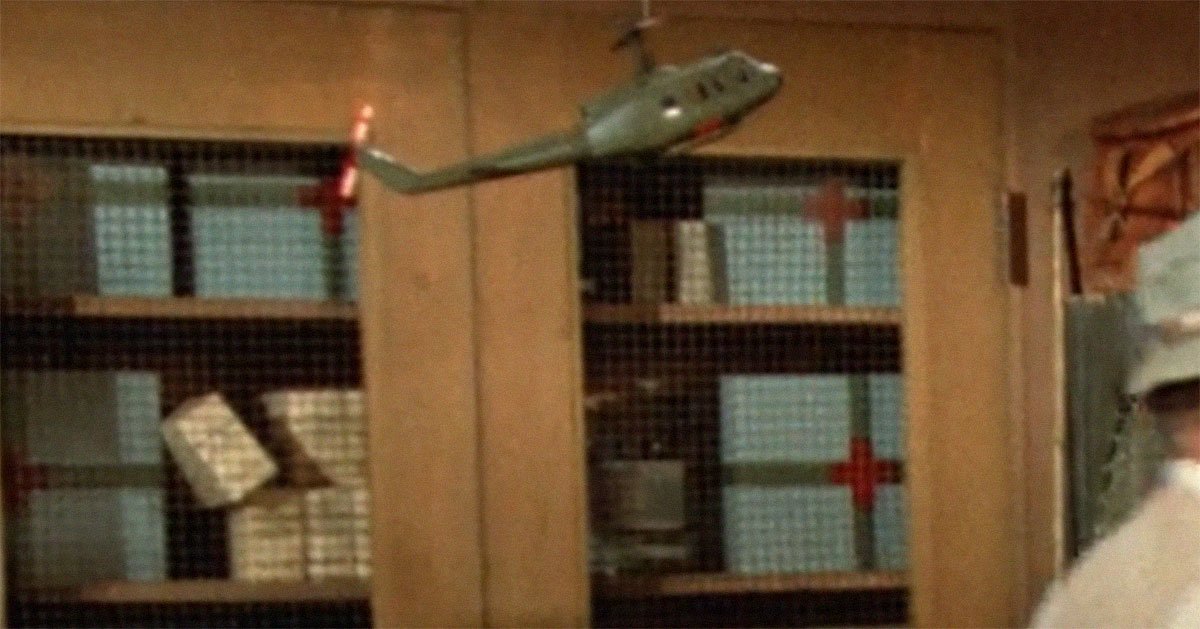 So how did one end up in Blake's office sometime circa 1950?

Well, for starters, there were many little anachronisms on M*A*S*H, from 1960s pinball machines to Margaret's perm. Radar reads an issue of The Avengers comic — a title that did not premiere until 1963. Oops.

But this particular error has a heartwarming backstory. M*A*S*H creator-writer-producer Larry Gelbart explained the origin of the Huey online in a Google Group in 1998.

"The helicopter which hung from the ceiling in Henry's office was built by my then-young son, Adam," Gelbart said.

That was not the only artistic endeavor by a young Gelbart child seen in Blake's office. Behind his desk, you can spot a crayon drawing of an Eskimo. Gelbart noted, "The child's drawings in Henry's office — the Eskimo and others — were painted by my then-very young daughter, Becky." 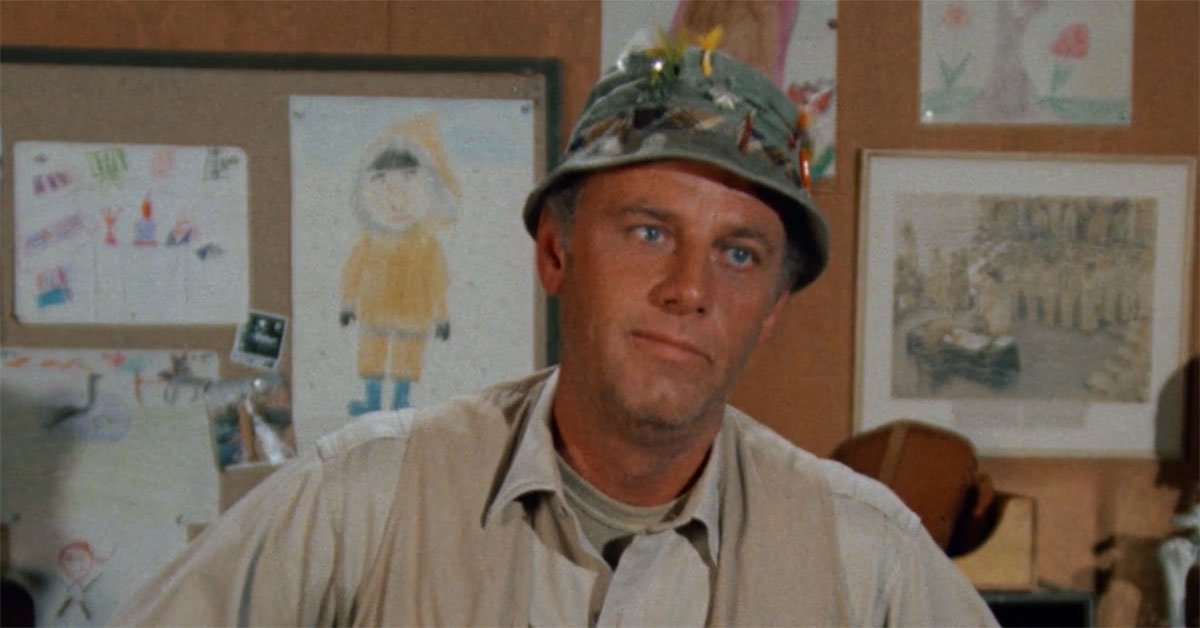 The Huey did not remain for long. "We took it down after a few episodes," Gelbart explained. "It was a Huey-Bell — an anachronism in terms of Korea."

That did not prevent M*A*S*H from making the same mistake later in the series. Pay close attention to the walls in the Officer's Club. Hanging behind the pinball machine you will see a poster celebrating the "Air Ambulance" — a Huey helicopter. 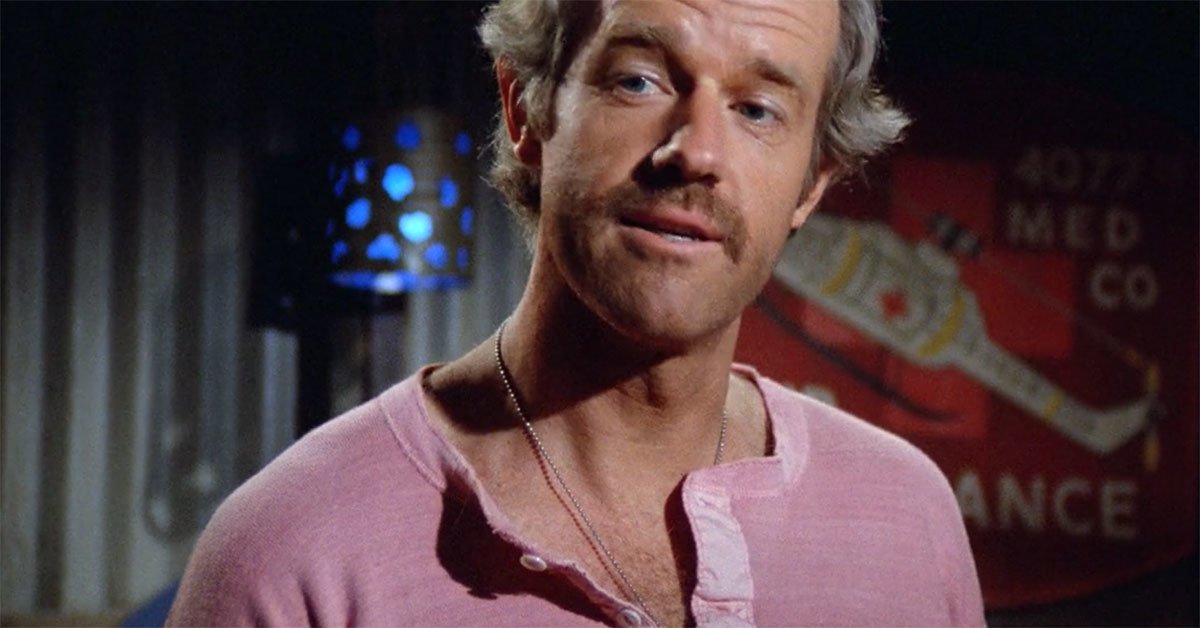 You can get a good view of it in "Wheelers and Dealers" in season 10. Some fans theorize that these subtle Vietnam War images underline the fact that the 1972 series M*A*S*H, while set in the Korean War, was thematically dealing more with the effects of the Vietnam War.

Or, they were just little mistakes. It happens, even in the classics. 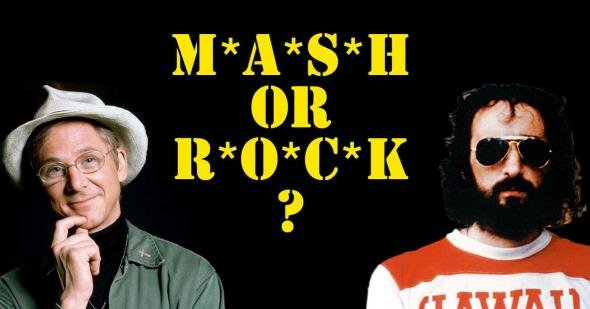 Trivia1970s
Is this the name of a M*A*S*H character or 1970s rock and roll star?
Are you sure you want to delete this comment?
Close

rongel 11 months ago
Re: helicopter on the M.A.S.H. O club wall. It was a knock-off of the 377 th Med CO’s patch but with a white fuselage UH 1 H instead of olive drab, the 3 yellow stripes were correct, and were known in 1977 as “DMZ” stripes to identify it as a Medevac aircraft, authorized to penetrate the Demilitarized Zone without a previous military clearance ( dire emergency only). I was billeted with 3 “ Dustoff” pilots during my tour in ROK. And got to see quite a lot of Korea while riding with them. Terrific, careful, safe, professional, pilots, all.
Like Reply Delete

ChuckJohnson 16 months ago
The H-13 is the correct helicopter for Korea, but by the time MASH was made, those were all in museums. What you see onscreen are Bell B-1 and/or B-2 machines.
Like Reply Delete

Hogansucks1 30 months ago
Also regarding the M-1 rifle, Klinger, again in ‘Radar’s Report’, episode 3- season two, he racks the bolt of the Garand he has, at an enemy Chinese patient in the E.R.- but there is no discharge of a round out of the Closed and presumably loaded action- which should have occurred with this functioning. I have NEVER experienced this after 1000’s of rounds fired through my trusty Garand. I know, I know, it’s just a t.v. show(not just) sorry. One of the Best and most reliable weapons I have ever owned!!!!😊. “You just ruined a $39 dress !” “You’re people will pay for this”. 😂
Like (1) Reply Delete

Hogansucks1 30 months ago
I apologize to the people- It was the “ Deal Me Out” episode, season two. 😙
Like Reply Delete

Hogansucks1 30 months ago
This one- only a true M-1 Garand owner could have picked up on. In an early episode, I THINK- “Chief Surgeon Who” - if you look closely, the M-1 Garand Klinger is carrying- the trigger guard housing plate is Missing- probably some sort of modification from a safety protocol point of view!!!! 🧐🙂
Like Reply Delete 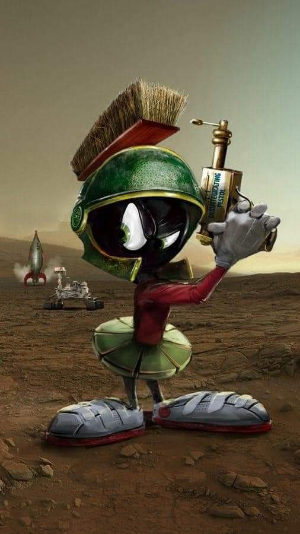 peterm 32 months ago
the poster in the officers club of a huey
was also our unofficial unit crest when i was stationed in Korea..'82-'84. 377th medevac.8th Med,air ambulance.(Camp Casey) we med evaced to the 121 Army hospital in Seoul, Korea. Our official unit crest was a sword with a bandage forming an 8 around it.
Like (2) Reply Delete

Wes 33 months ago
I caught a few mistakes, also. Col. Potter telling Radar to "keep it under the double nickel (55mph)," which didn't become the national speed limit until the 70s. Also Radar's John Wayne impression. The scene he did was from McClintock (1963).
Like (2) Reply Delete 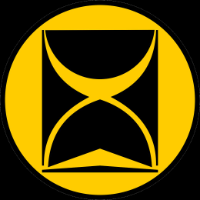 HGN2001 33 months ago
Watch the opening credits helicopters carefully. Starting in season six, there is no longer a bloody arm hanging from one of the choppers.
Like (1) Reply Delete

EmBee 33 months ago
The H-13 Helicopter had several versions. The Corps of Engineers (H-13 CE) is the one actually used in Korea as air ambulances. When the Air Corps was spun off from the Army to become the Air Force in an agreement reached in 1948, the Army was forbidden to make ANY alterations to ANY Army air craft (helicopters and light planes) without the Air Force testing it first. The Army attached stretchers to the CE in violation of this agreement. And since the H-13 was designed for 2 people-pilot and observer,-it was severely overweight. When the Air Force protested, the Army told them to jump in a lake since they were saving lives. This is true. The idea of getting severely wounded people to a medical facility in an hour or less meant a 95% survival rate is true. Trauma centers still use that number today that was posed on MASH set in the early 50s.
Like (2) Reply Delete

Wiseguy 33 months ago
A mistake is something done unintentionally. The model helicopter was hung on purpose. Just because something is anachronistic doesn't make it a mistake.
Like (3) Reply Delete 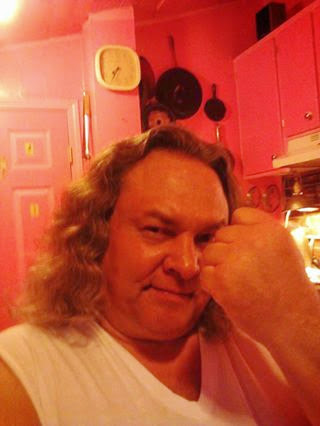 WILD 33 months ago
in some episodes hawkeye claims he was an only child. but his sister made him a shirt i believe it was with one sleeve 2 long. and also hawkeye claims his mother passed away when he was 10 yrs old . but when they want send that kid to the states in there pilot show. he says he can stay with parents,
Like (1) Reply Delete

EmBee WILD 33 months ago
That was very early in the series. His sister knitted him a sweater with one sleeve longer than the other. We also learn in the first Dear Dad i think, that originally he also had a mom along with a sister and they lived in Vermont. Now supposedly, when a TV show is created, someone makes up profiles of the characters so that the multiple writers can refer to them so they don't make continuity mistakes.

Biggmonsterman 33 months ago
A couple of times Radar mentions Godzilla movies, one referencing Son of Godzilla. The first Godzilla didn't appear until 1954; the Son of Godzilla was 1967.
Like (4) Reply Delete

Wes Biggmonsterman 33 months ago
Hawkeye also made a Godzilla reference when they were discussing a patient who was mad at him, and I realized the same thing.
Like (1) Reply Delete

john 33 months ago
When I was 13 I wanted to make out with "Hot Lips"...until my mom found out and slapped me.
Like (1) Reply Delete

StrayCat 33 months ago
One thing i never saw mentioned was that in Henry Blake's first mention of his wife, he called her Mildred.
Like Reply Delete

frenchman71 StrayCat 33 months ago
Right...and in later episodes her name was Lorraine. Potter's wife was named Mildred.
Like Reply Delete

ChuckJohnson 33 months ago
While the Huey is WAY out of context, the B-1 and B-2 helicopters used on the show are also newer than what was flown in Korea.

sandman 33 months ago
I remembered the episode that Radar was promoted to second lieutenant. Lt. O’Reilly was wearing the caduceus which is on worn by doctors. Being former army I caught many mistakes. Too many to list
Like (1) Reply Delete

PortelaJ 33 months ago
Love me some M*A*S*H trivia. I recall an episode where Radar passes out candy to the wounded in post-op and the candy bars had a bar code on them. Something not used until the early 70’s. Enjoy seeing and learning about all the tidbits of the show. Take care y’all.
Like (1) Reply Delete