Monorails, jet packs and hydrofoils! Technology had big dreams in the 1960s. 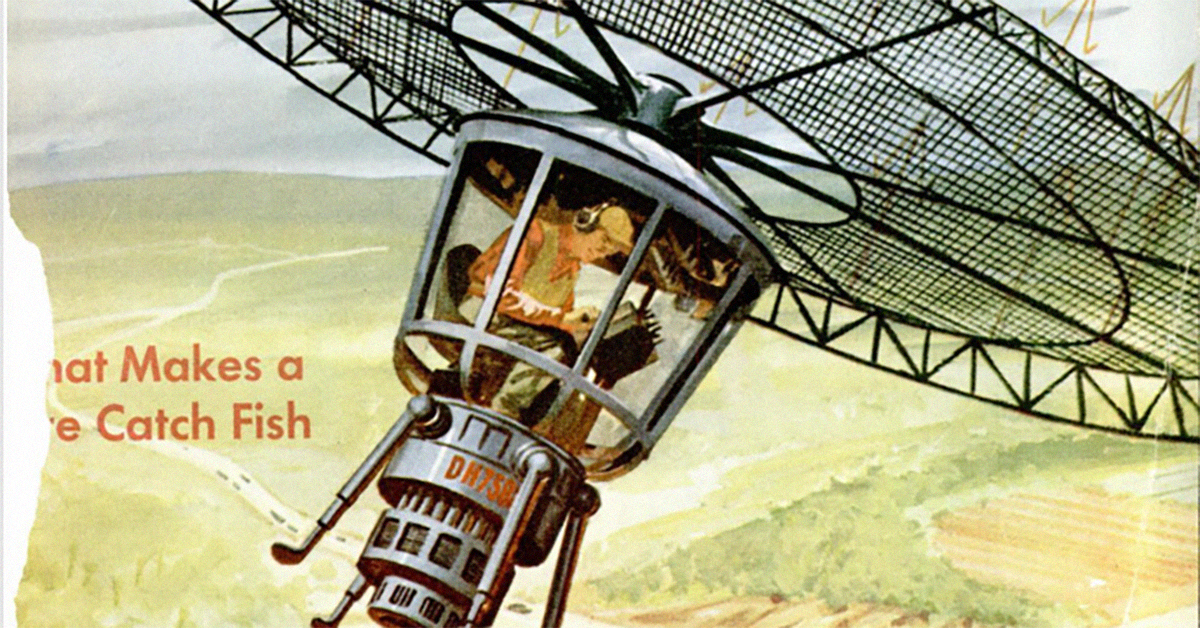 Ah, the space age. Everything was exciting and new. Television screens were suddenly bursting in bright colors. Man was going to the moon. The Beatles were turning pop music on its head.

It's no wonder the covers of Popular Mechanics magazine looked like works of science-fiction. We may not yet have jet packs or urban monorails, but looking at the gorgeous paintings, we're not about to give up hope just yet.

Let's take a look at the future of the past.

1. Not as sleek as Voyage to the Bottom of the Sea, but we want inside. 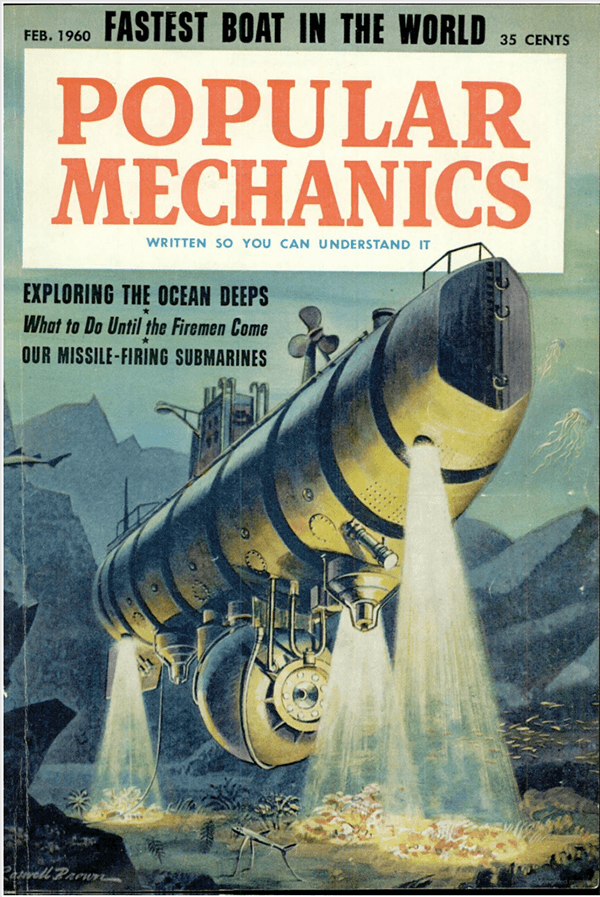 2. Zooooom! We're most impressed with that stay-on hat technology. 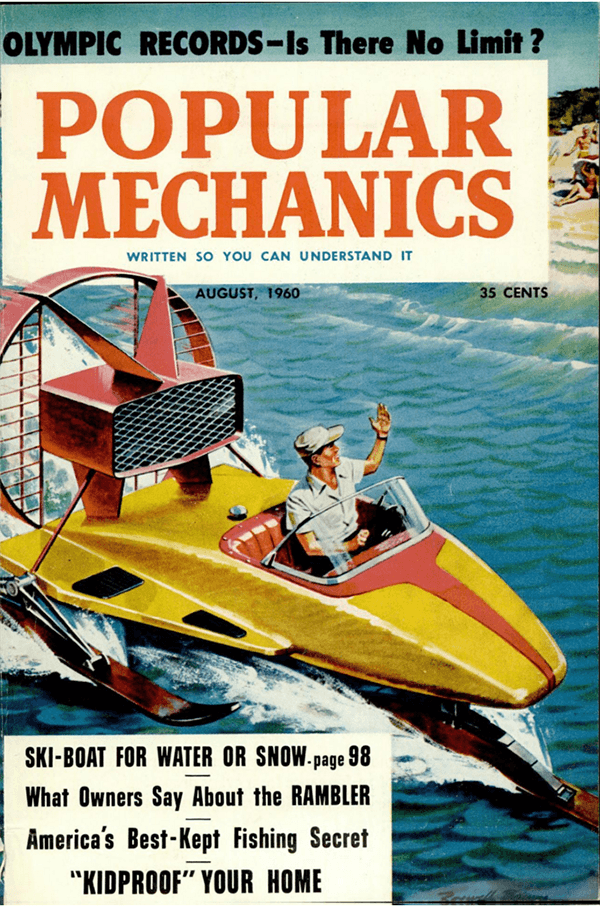 3. Your Monday morning commute would be a joyous Disney ride in one of these babies. 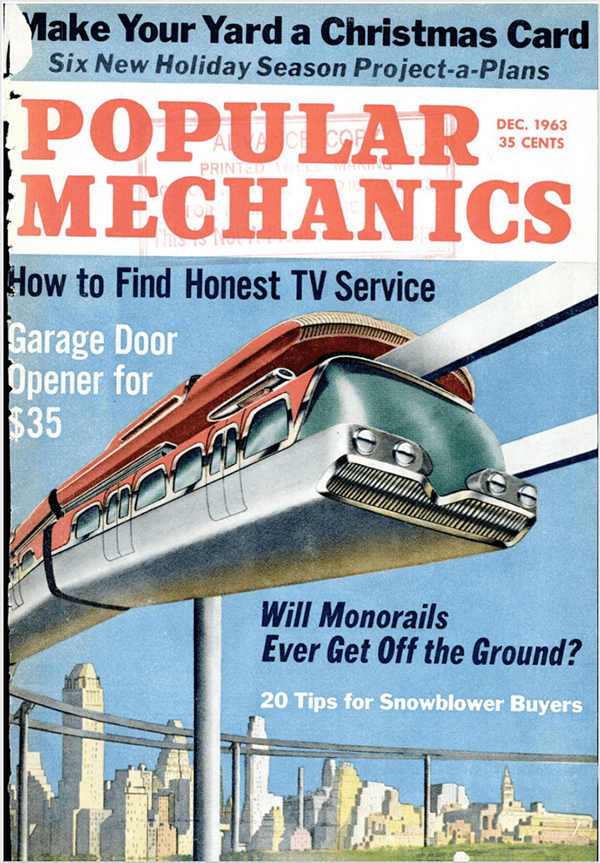 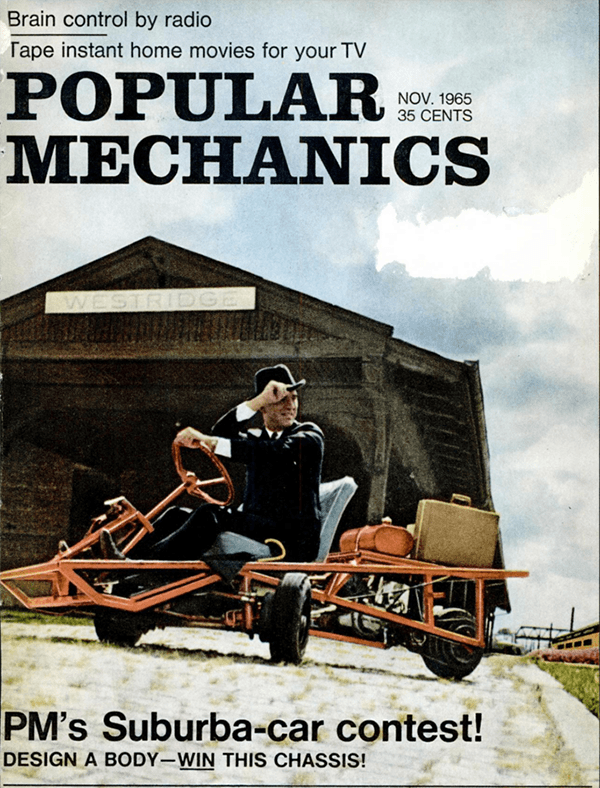 5. Two-sided TV! The dog is not impressed. 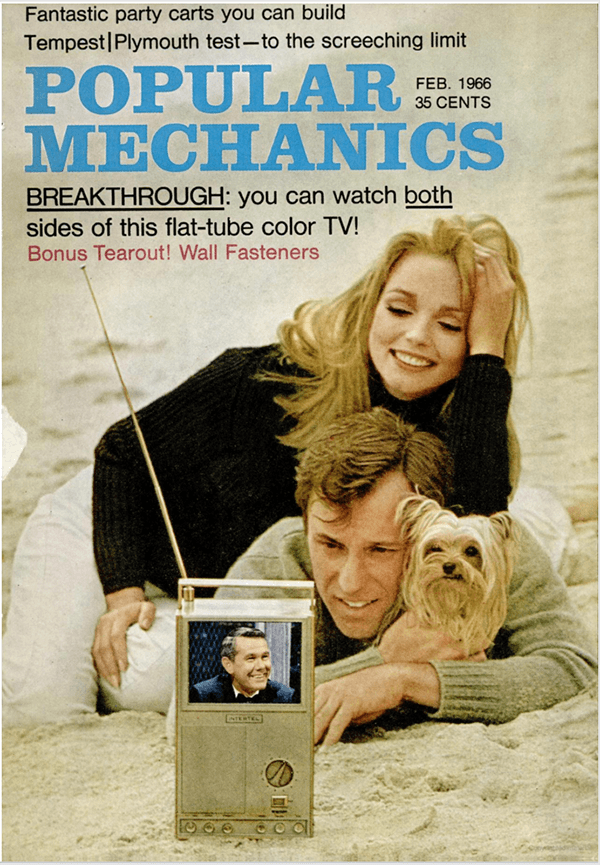 6. Not futuristic, but action packed. 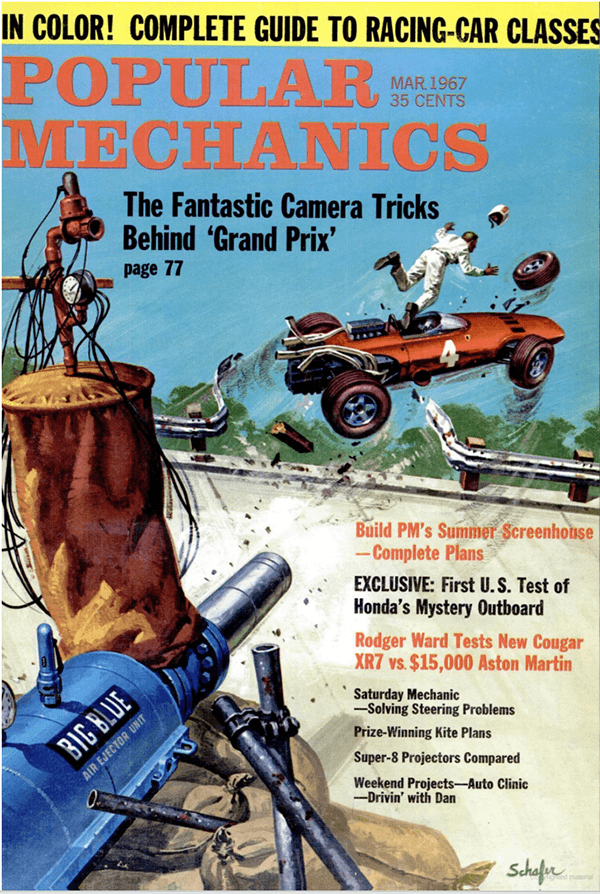 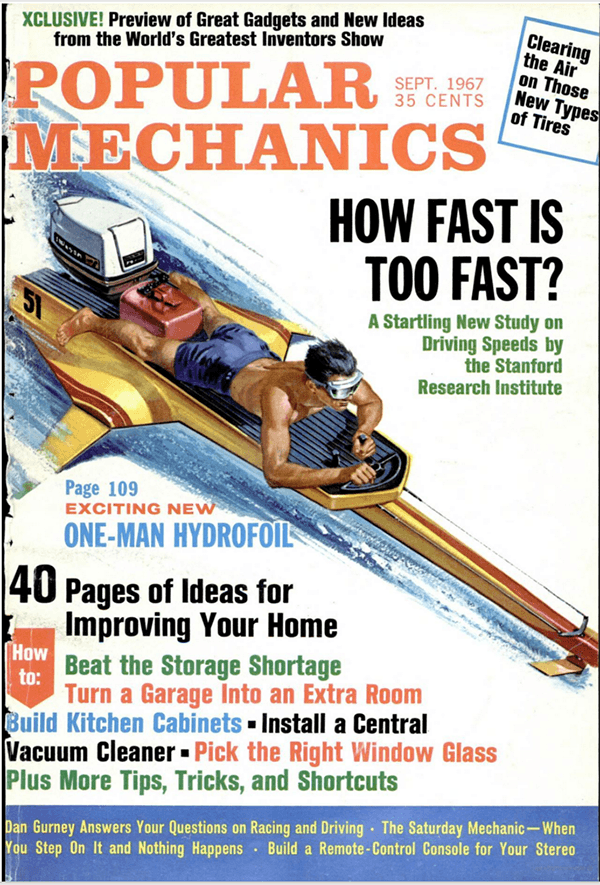 8. Every kid's fantasy. An ejector seat that turns into a jet pack. 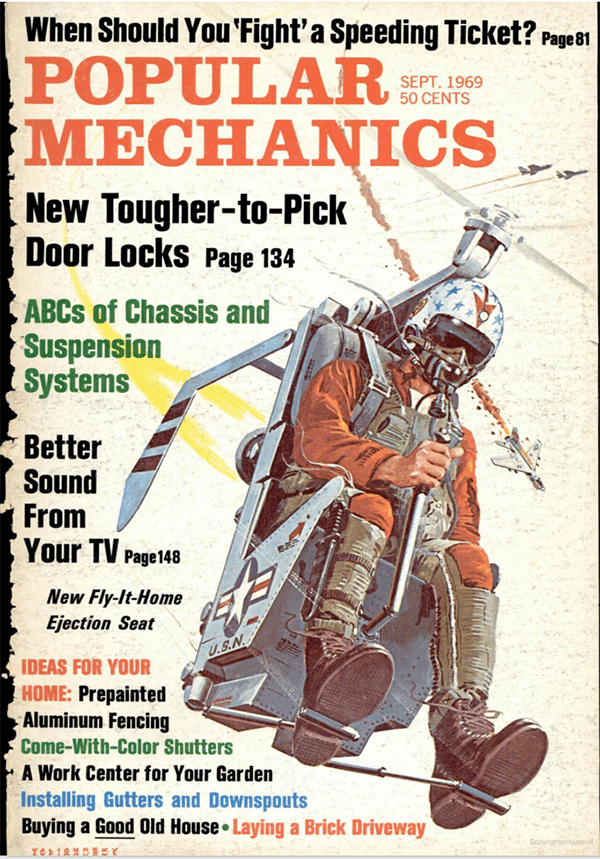 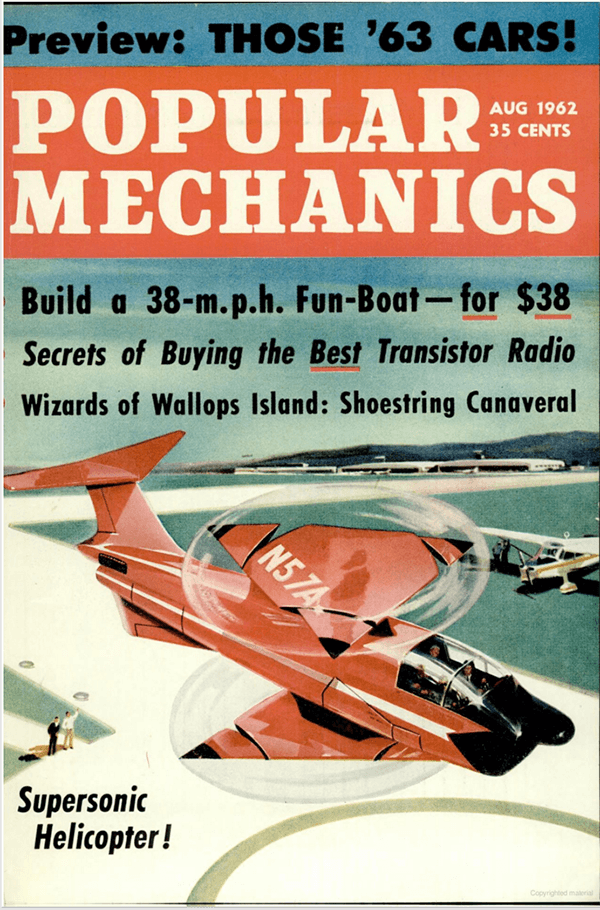 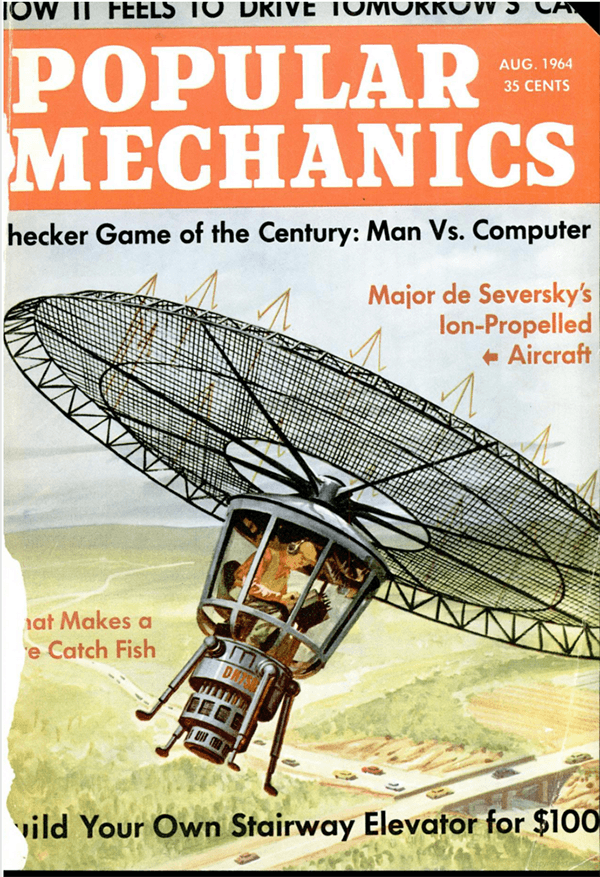 VaughnBaskin 13 months ago
I Sense those Popular Mechanics magazines are a teaser for Jonny Quest joining MeTV this summer?
Like Reply Delete