Where To Watch Shop Store Contact
Home / Stories / There's a big inside joke that explains this marvelous overlooked Mayberry character
Did you know?

Andy Clyde had a doppelgänger behind the scenes of The Andy Griffith Show. 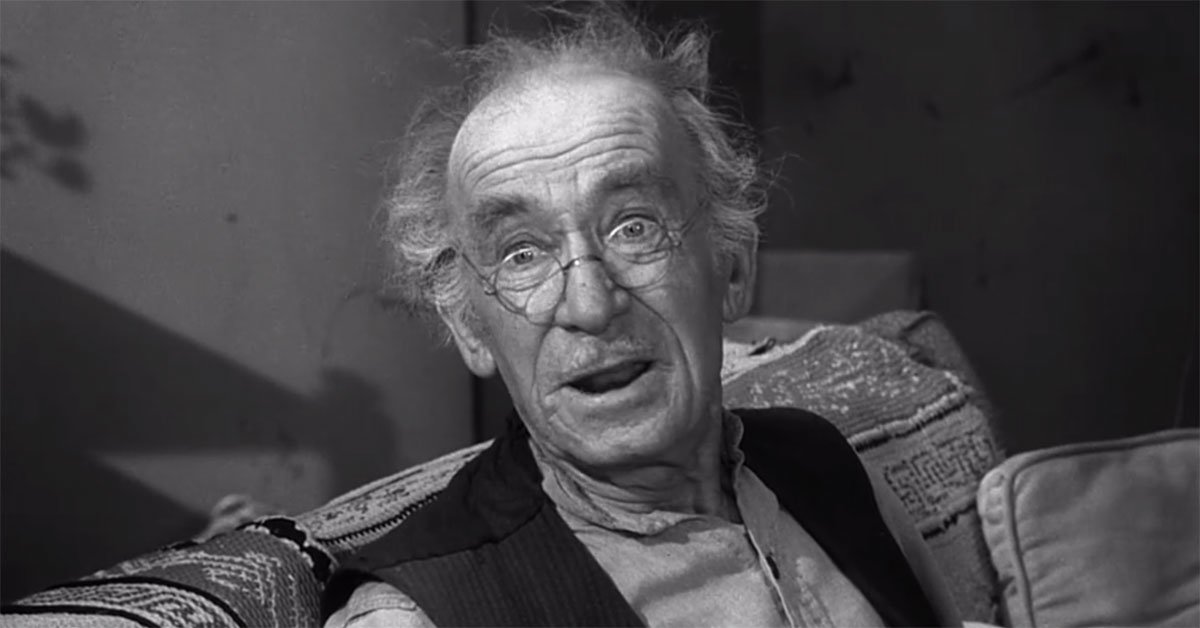 Under his frazzled, balding head of hair, Frank's furry eyebrows raise as he shoos the chicken away to make room for the lawman.

In a way for this unique Mayberry character, Clyde was simply dusting off an "old man" character that made him famous in his vaudeville days. In the beginning, people were amazed by his makeup talents — he really looked convincingly elderly — but as he aged, he easily only grew better at performing the part.

In his 45-year career as a character actor, he was best known for playing California Carson in the Hopalong Cassidy movies. He also played recurring roles on TV shows like Lassie and The Real McCoys. His Real McCoys castmate Walter Brennan told TV Guide in 1960, "Andy Clyde is a genuine professional, a joy to work with as an actor and to know as a friend. He can get laughs with just one look."

But his rise to fame came doing comedic shorts just like The Three Stooges. In fact, for Columbia, Clyde's old man character was the only short that could compete with the popularity of The Three Stooges. At the time Film Daily reported, "Columbia Studios is now in an uproar. What with the Three Stooges running wild on one set and Andy Clyde cutting up capers on an adjoining stage, the place is beginning to show signs of wear and tear."

One review from 1935 explained that all it took for Clyde to make a part sing was a decent story, saying, "Andy Clyde is always an entertaining comedian when the story is right."

By the time Clyde came on The Andy Griffith Show, he was nearly 70, and for his only appearance, he stepped into a very sympathetic role, especially from where Sheriff Andy is sitting.

In "Mayberry Goes Bankrupt," the town votes to evict Frank Myers, and Andy has to serve the eviction notice. It seems like a sad day in Mayberry to see such a nice old man turned out of his house, but the episode's twist finds him instead striking rich overnight. He's saved a $100 savings bond and in the interest, as the episode title suggests is a little more than Mayberry can afford to pay back!

The casting of Andy Clyde for this role, however, wasn't just because he was the perfect actor for the part. There’s a hint in his character’s name that explains the real reason why The Andy Griffith Show fans were treated to an episode featuring this guest star.

And if your ears perked up hearing the word "Myers," you would be right in guessing that Myers Lake was also named for the beloved production manager. He's the one who scouted the location! 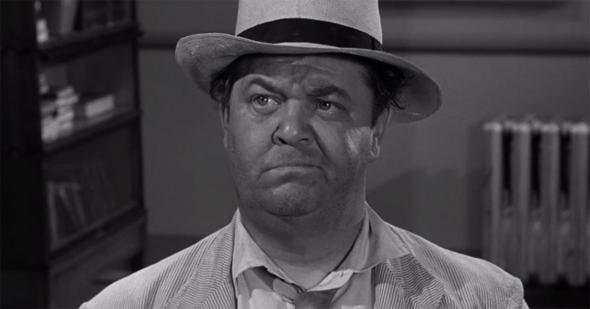 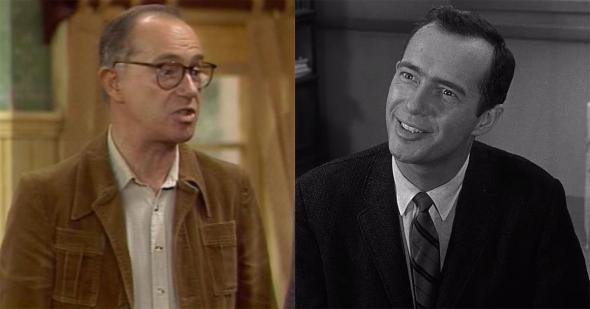 Mayberry
The ''Stranger'' of Mayberry later became of mayor of 'Newhart' 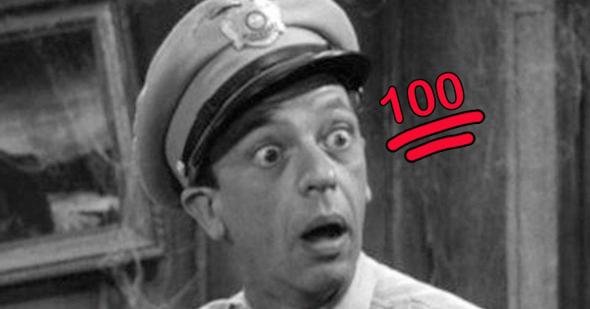 NostalgiaMayberry
Don Knotts perfected the comedic art of being scared
Are you sure you want to delete this comment?
Close

Wiseguy 24 months ago
The Andy Clyde shorts Shemp Howard appeared in (except for one which was lost) can be found on Sony's "The Three Stooges: Rare Treasures from the Columbia Pictures Vault" DVD set which can also be found in "The Three Stooges: The Ultimate Collection" box set.
Like (1) Reply Delete

24 months ago
Andy Clyde was a wonderful man. He spoke so movingly and beautifully of Stan Laurel. Both were gentle souls &
great stars.
Like Reply Delete

MrsPhilHarris 24 months ago
Me should air The Real McCoys.
Like (2) Reply Delete

Big3Fan MrsPhilHarris 24 months ago
He was great as Grandpa's best friend/nemesis. And his sister was Larry Mondello's mom.
Like (1) Reply Delete

MrsPhilHarris Big3Fan 24 months ago
I miss Larry and Mrs. Mondello.
Like Reply Delete

MrsPhilHarris 24 months ago
I would LOVE to see The Real McCoy's on ME TV!
Like Reply Delete

MrsPhilHarris Pilaf 24 months ago
Me too!
Like Reply Delete

Krn MrsPhilHarris 23 months ago
Me too!
Like Reply Delete

Bartman202 24 months ago
Andy Clyde was a true comedic genius - his COLUMBIA shorts output from 1934 to 1956 comes in second only to the Three Stooges. He literally grew into his 'old man' role and he was nothing but funny, funny, funny!!!
Like (2) Reply Delete

stephaniestavropoulos 24 months ago
I would have loved to have been at Columbia when AC and the Three Stooges were there. That sounded like a definite laugh riot!
I like Hopalong Cassidy! Watch him every Saturday, his movies are on. {Even sometimes during the week.} His California Carson comic relief and the romantic interest/ladies man, Lucky, really played well off of William Boyd's character. I also liked watching the tv show, w/Edgar Buchanan as Hoppy's sidekick, Red Connors.
Like Reply Delete

Rick 24 months ago
It's a frustrating episode, because when Myers had Mayberry with a debt they couldn't pay, he was understanding to the town. But when the tables were turned, the government doesn't hesitate to evict him.
Like (3) Reply Delete

justjeff Rick 24 months ago
...thus the old adage my late father used to use... "I return good for evil". Clyde's character embodied the compassion, decency and humanity most of the townspeople lacked at the time. In a strange way, we still suffer these conflicts today.
Like (3) Reply Delete

Pacificsun Rick 24 months ago
The compromise was that wasn't evicted, in exchange for not forcing the debt be paid. They couldn't anyway, so the character really was the winner!
Like Reply Delete

MadMadMadWorld Pacificsun 24 months ago
If I remember the ending, some of the town people fixed up his house, making it more presentable as it was one of the first to be seen by those driving in to Mayberry.
Like (1) Reply Delete