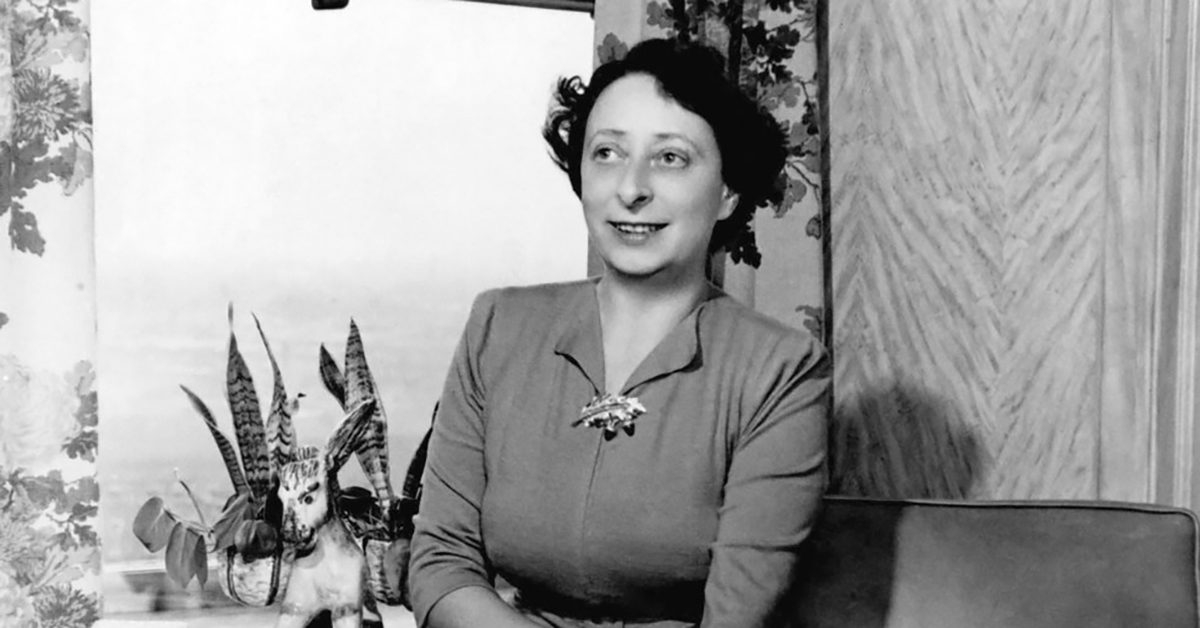 When we think about powerful women in television, we often think of those in front of the camera. Lucille Ball was a TV titan who made audiences laugh while establishing the format for modern sitcoms. Nichelle Nichols pushed the boundaries for black women on television while fighting aliens in space.

But one woman in the 1950s shaped television behind the scenes. Her name was Irna Phillips, and she influenced some of the most popular, long-running shows of all time.

Did you watch As the World Turns or Guiding Light? Or perhaps maybe your mother did? Phillips created those programs.

But before the television pioneer could create her greatest works, she got her start on the radio. In the 1940s, Phillips was responsible for eight hours of programming per day, writing two million words each year.

See Also: Can you name these vintage soap operas by their cast photos?

At the end of the decade, the network tapped her to create the first serial televised broadcast, These Are My Children. The series only ran for a month, but that didn't stop Phillips' ventures in the new medium.

In 1952, Phillips brought Guiding Light to television. Four years later, she developed As the World Turns, which became the top-rated daytime drama for two decades.

Phillips always protected her shows and strived for perfection. Shortly after As the World Turns debuted, the head honcho fired star Helen Wagner because she said she didn't like the way Wagner poured her coffee. Talk about ruthless!

See Also: 7 scandalous and forgotten soap operas of the 1970s

In total, Phillips created or co-created at least eight soap operas that spanned radio and television. "The Mother of Daytime Drama," as she's known today, really shaped the way people watched television during the latter half of the twentieth century.

Phillips' sphere of influence goes beyond the shows she created or wrote as well. The television pioneer was also a mentor to Agnes Nixon, creator of All My Children and One Life to Live, and William Ball, the creator of The Young and the Restless and The Bold and the Beautiful.

Phillips passed away in 1973 at the age of 72, well before the demise of her most famous programs.

Although soap operas have lost their influence over the last decade, it's hard to forget just how massive they were for over half a century. We have only one person to thank for that — Irna Phillips.