America’s #1 Classic Television Network
Find your local MeTV station
Where to watch
See when your favorite shows are on
See schedule
Personalize MeTV.com to follow your favorite shows
Free sign-up
Shop your favorite shows in the MeTV Store
Shop Now
Home / Stories / The Waltons creator was proud to give John Ritter his first big Hollywood role
Did you know?1970s 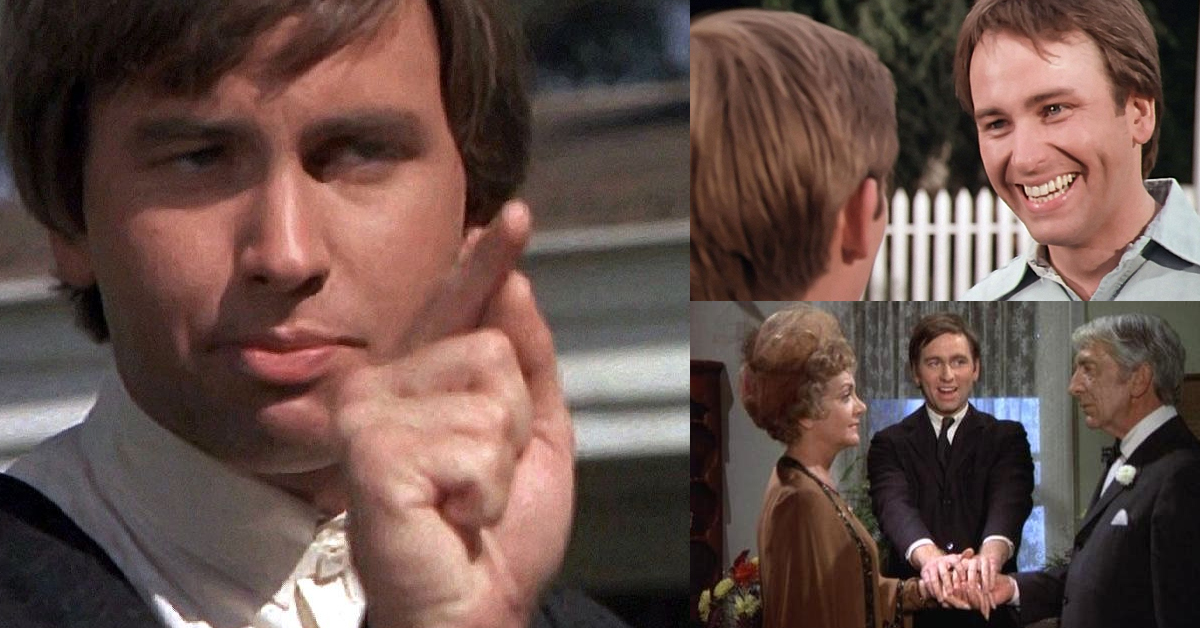 The Reverend Matthew Fordwick was fresh from Bible school when he first turned up to lead The Waltons mountain church. But just as bright-eyed and bushy-tailed was the actor who portrayed the Reverend.

This was John Ritter's first major Hollywood role, playing this recurring character on The Waltons, and according to series creator Earl Hamner Jr., this casting choice remained a bright spot when he looked back on his wildly successful series. In an interview with the Archive of American Television, Hamner said with great sentiment in his voice, "I’m proud that was one of John’s first roles in Hollywood."

"He played a young minister who was so sanctimonious and so straight-laced and just such an upstanding person that the entire community was outraged when he inadvertently drank some of the recipe which was made by the two old lady bootleggers, and was unable to deliver his first sermon because he was drunk," Hamner said. "John took that role and he ran with it."

Ritter was not just a force onscreen, though. Behind the scenes, Ritter and John-Boy actor Richard Thomas used to goof off and entertain the whole cast with their antics, according to Hamner, bringing considerable joy that kept the mood light on set.

"Not only was he a marvelous actor on the show, but sometimes in movie studios, the set seems to get tense, and he and Richard would crack everybody up," Hamner said.

In particular, you likely remember watching the show and frequently seeing the camera pan up to John-Boy's room, where he’d be deep in reading a book or diligently writing.

Well, behind the scenes, Ritter and Thomas didn't retreat to John-Boy’s room to ponder serious thoughts. Instead, Hamner said one time the two actors decided to play a joke, acting like gorillas, so that when the camera panned up, it didn’t find a studious young man, but this time, two guys causing an absolute ruckus.

"I know at one point the camera went up to the room, which was supposedly John-Boy’s room and you’d see John-Boy reading or writing, and instead of John-Boy being there, it was Richard and John doing their gorilla act," Hamner said. "They’re terribly funny together." 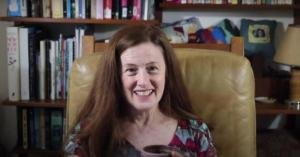 nostalgiadid you know?
Kami Cotler reminisces about her time on ‘The Waltons’ in new video

Ritter's presence onset did more than just lighten the mood for at least one other castmate, though. In an interview with Oprah, Mary McDonough (Erin Walton) revealed that as she was growing into her teen years on the show, the pressure of expectations to look perfect started to get to her.

She told Oprah it was Ritter who noticed her struggling and offered some important advice.

"John Ritter noticed … and he said, 'What’s going on with you?'" McDonough recalled. "I said, 'Nothing, I'm fine!' And he said, 'No, no. Why don’t you start doing a journal?' And that night, I started journaling."

The journal helped her work out those tangled teenage thoughts she was having that we were so used to seeing John-Boy work out in his thoughtful way in episodes.

Ritter appeared in 18 episodes of The Waltons before he left the show for his starring role on Three's Company. For Hamner, casting Ritter on his show was yet another way for him to come full circle from his childhood, on which The Waltons show was famously based. He said as a kid he used to sit around the radio listening to John Ritter's father, Tex Ritter, singing country songs on the radio.

Whether or not his fandom of father Tex Ritter helped John Ritter get cast on the show, Hamner doesn't say, but what is crystal clear is that once Ritter joined the show, everybody knew he was something special. "So we gave him a start," Hamner said. "And I’m sure we're all proud of that." 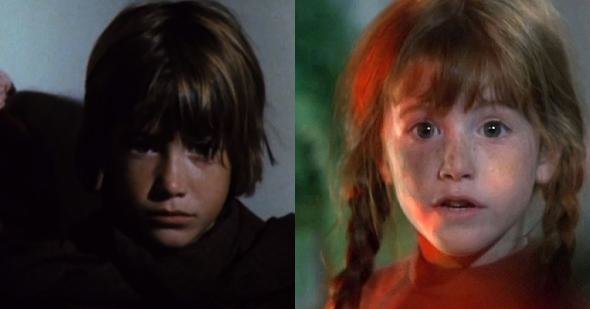 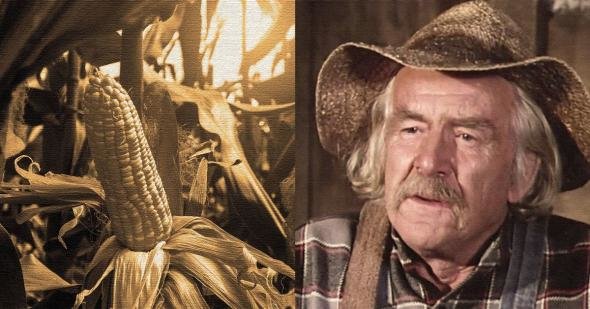 1970s
Will Geer compared The Waltons to corn on the cob
Are you sure you want to delete this comment?
Close

Hogansucks1 17 months ago
John Ritter- his antics, add lib comedy, serious, yet addictive personality fit well in all of his roles throughout his career and I’m sure even in his real life. You can sense those traits in certain people ! R.I.P. John
Like (2) Reply Delete

kimmer 19 months ago
A great show that will forever cross all generations!--
Like (1) Reply Delete

Cowgirl 19 months ago
John Ritter was a fantastic actor. I don't think there was a role he couldn't play, including that of a shell shocked soldier who holds Frank Burns, who was in the shower, at gunpoint, in refusing to go back to the front in the Season 2 episode of M*A*S*H titled "Deal Me Out ". It was an excellent & John was very believable in the role.
Like (3) Reply Delete

Hogansucks1 Cowgirl 17 months ago
Lost one of the Best too early , then, it always seems that way-anyway . ☺️
Like (1) Reply Delete

F5Twitster 19 months ago
"'[Ritter] played a young minister who was so sanctimonious and so straight-laced and just such an upstanding person that the entire community was outraged when he inadvertently drank some of the recipe which was made by the two old lady bootleggers, and was unable to deliver his first sermon because he was drunk,' Hamner said."

Wiseguy F5Twitster 19 months ago
This was from an interview with Earl Hamner. Whoever transcribed his words made the mistake.
Like (2) Reply Delete

JulieTV 19 months ago
I loved John Ritter as Reverend Fordwick. I remember when he married Miss Hunter, the teacher, and they had a baby. I really miss John Ritter. He was truly the best in both comedy and drama.
Like (4) Reply Delete

jimmyvici 19 months ago
Rest In Peace to one of the funniest people to be on television. I truly miss his comedy. One of a kind. ❤️
Like (4) Reply Delete

Joe 19 months ago
And later they worked together in the 1990 miniseries, "It".
Like Reply Delete

talmida22 19 months ago
Never saw this Walton series, but today I found out about the start of John Ritter,which role in Three's Company always sets me in good humor. What a
lost about Ritter and those kind of white plots. Simple and entertaining . Now a days violence, murders, rapes, NO WONDER even in live ndews tv, we can see how policemen are murders themselves:like watching a policeman killing a cuffed man on the floor. Is tv kind of "responsible"? Why not producing more series about everyday life with ALL new technology and how is affecting the new generations? Or is.... that violence is more $$$$$$$ making?
Then.....we have, what we WANT to watch...not only in tv which is almost OBSOLETE but the tablets, smart phone, ect. THANKS ME TV for all those old good series. I say " mazel tov"!!!!!!Keep this channel tune often.

Pacificsun 19 months ago
One of the saddest losses in television entertainment was the premature death of John Ritter. One of those irreplaceable personalities, and probably because he had that special kind of wisdom he shared with Mary. And no doubt, with others.
Like (8) Reply Delete

stephaniestavropoulos Pacificsun 19 months ago
I have a bit of a soft spot for the Walton's kids teacher. Only because her name was Rose Mary. {Don't correct the way I typed the name. That's how my mom wrote it. My grandma did that. She didn't want my mom to take another confirmation name-Mary would be it. But the only sort of rebelliousness my mom did, was to take one. She chose Helen. Which was the name of my Grandpa's sister: Mary Helen.} and she was a teacher. My mom and she shared the same name and profession. I love and miss you mom! {dad and Becky.}
Like (4) Reply Delete

Hogansucks1 Pacificsun 17 months ago
He was genius!!!! 😌
Like (1) Reply Delete