Where To Watch Shop Store Contact
Home / Stories / The popularity war between M*A*S*H writers and rival TV execs had one very public battle
Did you know? 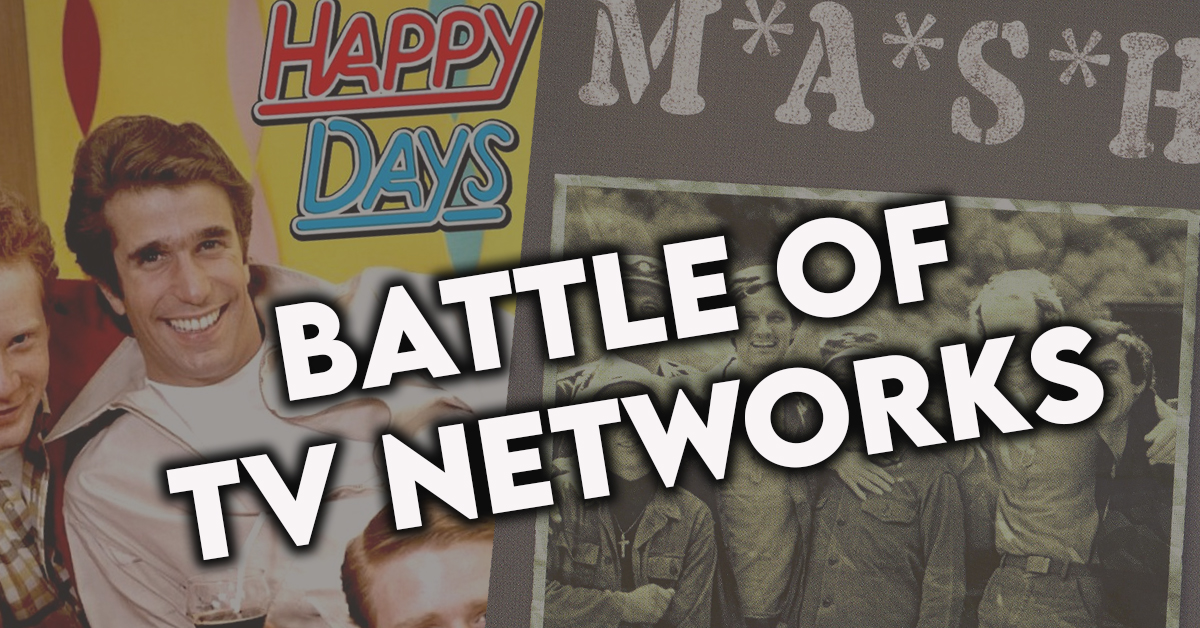 By the end of the Seventies, top TV producers had developed some pretty strong opinions on what made for great television.

According to M*A*S*H creator Larry Gelbart and fellow screenwriters of shows on CBS like Good Times, their network was pushing the envelope and creating worthwhile programming while they saw ABC as coasting on less culturally significant material.

This debate being held behind the scenes of studios in Hollywood exploded into the public eye in 1977 when a public meeting was held at the Writers Guild headquarters.

On one side of the debate were ABC Television president Fred Pierce and ABC Entertainment president Fred Silverman. On the other side was M*A*S*H creator Larry Gelbart and screenwriter Richard Powell.

Powell tossed out the first insult, calling Pierce and Silverman "rug salesman," and insisting that, "Freddie Silverman is widely acclaimed as a programming genius. But I have a certain feeling in my heart that if I brought him Hamlet, he’d tell me to put a dog in it." 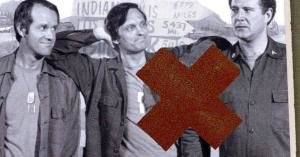 did you know?
The network rejected only one M*A*S*H script in the history of the show

Silverman did not hold his tongue, responding, "Yeah, well, as I recall, Dick, the last show you brought me was about a talking monkey."

Documenting the great TV debate was The Chicago Tribune, which reported that what followed was an onslaught of insults, barbs traded back and forth while the audience watched "the fireworks" in amazement.

It must’ve been as entertaining to watch this drama as the must-see TV they were so passionately debating.

At the heart of the debate was the notion that ABC was at the top of the ratings because of the popularity of TV shows like Charlie’s Angels, Three’s Company, Happy Days and Laverne & Shirley, which Gelbart and Powell claimed played it too safe to appease the broadest audiences.

Gelbart and Powell said if ABC was going to play it so safe, they should have taken the money earned from what they considered "schlock programming" and invested it into intellectual programming that challenged audiences and created more meaningful viewing experiences.

In defense of ABC, Pierce and Silverman pointed to critically acclaimed and culturally significant ABC mini-series like Roots and Washington: Behind Closed Doors as evidence to the contrary.

For writers like Gelbart, who won two Humanitas Prizes in his career, these mini-series were viewed as doing the bare minimum with ABC’s enormous wealth.

For Powell, who made a very creative career writing offbeat episodes of The Andy Griffith Show like "Three Wishes for Opie" and "The Lucky Letter," then graduating to contribute scripts for shows that turned cultural commentary into comedy like Hogan’s Heroes and M*A*S*H, ABC wasn’t stepping up enough to help evolve what TV audiences enjoyed.

Like M*A*S*H star Alan Alda, Powell lived the activism he wrote into episodes onscreen, advocating for human rights with his wife Alice.

In 1994, the Writers Guild awarded Powell the Morgan Cox Award, a top honor only bestowed on screenwriters who serve as a positive example of ideal service in their writing.

Although Silverman was less political in his programming choices, the next year in 1995 he too was given recognition for making positive changes in society through TV. He was awarded the Women in Film Lucy Award for his work enhancing how women are perceived on TV.

So in the end, nobody won the great TV debate, except maybe TV audiences who could watch M*A*S*H walk the tense line between comedy and drama on Mondays, followed by the lighter fare of easy laughs from Happy Days and Laverne & Shirley on Tuesdays. 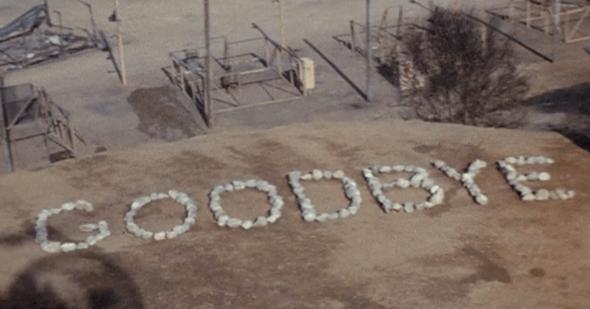 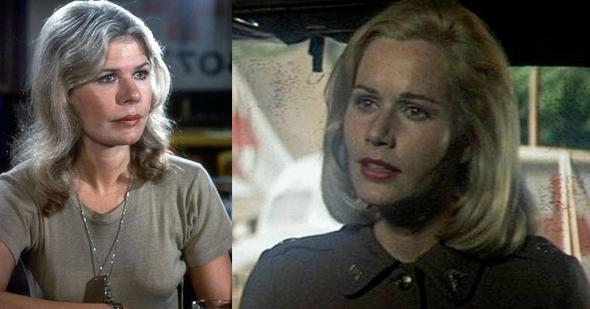 Did you know?
Thank Sally Kellerman for making Hot Lips such a huge part of M*A*S*H
Are you sure you want to delete this comment?
Close

dewyduster 1 month ago
No mention of Welcome Back Kotter? It may have been bubblegum (so was the Jeffersons and Good Times) but it had an essential component of comedies: it was funny.
Like Reply Delete

Drujon 14 months ago
So having west coast “elites” tell the rest of America what we should like and enjoy is nothing new.
Like (3) Reply Delete

RedSamRackham Drujon 1 month ago
* But rest of America reacts via ratings services, letters to networks & local channels and other means! ♣
Like Reply Delete

That's almost as bad as

"According to 'M*A*S*H' creator Larry Gelbart and fellow screenwriters of shows on CBS like 'Good Times,' their network was pushing the envelope and creating worthwhile programming while they saw ABC as coasting on less culturally significant material."

The REAL expression, introduced to the American public by author Tom Wolfe in his book about Chuck Yeager and the Mercury astronauts, is "push the OUTSIDE OF the envelope," i.e. test pilots expanding human knowledge and testing the limits of human endurance."

Stationery stores and postal workers push envelopes; test pilots push the outside of the envelope. In their relentless desire to abbreviate and seem cool, Americans have destroyed the meaning of another expression.
Like (1) Reply Delete

CoreyC 14 months ago
In the 70's CBS had the most social and political television shows and ABC had the family friendly and light sitcoms while NBC was a desert of mediocrity.
Like (4) Reply Delete

bdettlingmetv 14 months ago
I am a Hogan's Heroes superfan, but I would not have described it as "cultural commentary", let alone in the same breath as M*A*S*H. In fact I laughed out loud while reading that sentence.
Like (3) Reply Delete

Pacificsun 14 months ago
I wanted to read a first hand account of the debate for background and context behind the discussion other than it being entertaining (as reported by a newspaper). Although MeTV’s story is great unto itself!! After all we wouldn’t be reading something like this (easily) anywhere else, so thank you very much MeTV Staff Writers for firing up my curiosity.

However I couldn’t find a direct connection as it's been present in a straight search, except for the opportunity of a dissertation helping to put the 70’s decade into perspective, and did mention (pg 80+) Fred Silverman’s (qualifications and insight) which is why he became so memorable as a network executive.

The point of the “read” itself has to do with TV Critics in that decade the main point offered is that the 70’s decade was a transition in TV history between the idealism of the 60’s and the neoliberalism of the 80’s. It's interesting in terms of MeTV focusing more on the 50th anniversary of the 70’s programing, knowing a little background about how it fits into our appreciation of Classic TV (decade by decade). The highlights are bullet-points below:

MrsPhilHarris 14 months ago
I didn’t read it properly. I thought it was going to be something like Battle Of The Network Stars.
Like (6) Reply Delete

Or drag a file here to upload
LoveMETV22 14 months ago
I found the small paragraph:
"Silverman did not hold his tongue, responding, "Yeah, well, as I recall, Dick, the last show you brought me was about a talking monkey" humorous.

Andybandit 14 months ago
Mash was such a good show. With good actors. With good writers and directors.
Like Reply Delete

Or drag a file here to upload
LoveMETV22 14 months ago
Interesting read. Too bad they didn't include the clip from the Chicago Tribune that the story is based on. Like what they did with the photo clips from The Virginian-Pilot in the Lemley Gilbert story a week ago.
Like (1) Reply Delete

Peter_Falk_Fan LoveMETV22 14 months ago
I was a paperboy for The Virginian-Pilot/Ledger-Star when I was in 9th/10th grade. I had one morning route (The Virginian-Pilot) and two afternoon routes (Ledger-Star). I mainly spent my earnings on pinball, models, and black-light posters.
Like (3) Reply Delete
LoveMETV22 Peter_Falk_Fan 14 months ago
That's cool Yeah the article they referenced in the story was by the Chicago Tribune. They have it in their Archives, but you have to either subscribe or pay to view the article (No thanks).
Like (2) Reply Delete

Pacificsun LoveMETV22 14 months ago
That's what I was looking for, the direct source. It's always good to read those things for yourself.
Like Reply Delete
LoveMETV22 Pacificsun 14 months ago
That's what I had thought. When I searched for it the Chicago Tribune has the story, but it's in their Archive's database. Granted the MeTV story has lots of detail, but it would have been nice to read the whole article they used in their research. MeTV occasionally provides links in some of their stories, like they did with the story and photo clips from the Virginian-Pilot in the Lemley Gilbert story a week ago. I don't want to subscribe or pay to view a story or article they used. Just an opinion.
Like (1) Reply Delete